Context: So I drew some logos in black pen on paper and scanned them in order to make vector images. I traced the outlines (b&w) which worked great. My original, hand drawn lines look a bit shaky though, so I decided to smooth all the lines.

Problem: Now, my issue is that Illustrator does not seem know that all the fat black lines are meant to have the same thickness, so basically the surrounding paths are not "correlated" when I make changes.

Example: If I have, say, a circle, it has an inner path and an outer path, enclosing the fat black line I drew. When I smooth both the inside and outside path of the circle, the two lines are no longer completely parallel, i.e. the fat black line gets fatter and thinner. 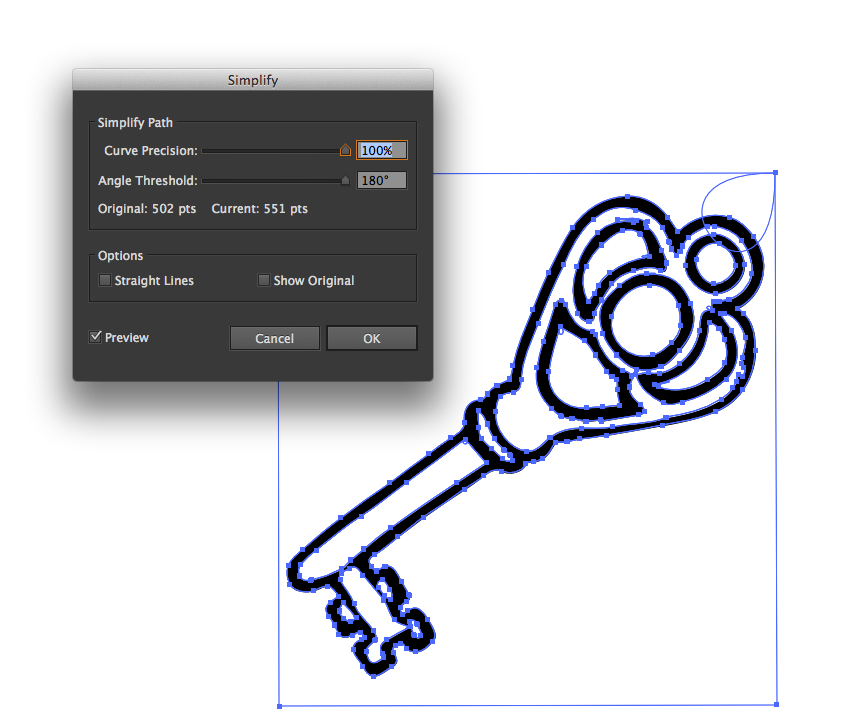 In the case of a circle there are easy ways around that, but my logos have complex images of animals etc. The paths are all nice and smooth now but it just takes me ages to make sure that the fat outline that the two paths enclose has a consistent thickness everywhere.

Question: Is there a way to trace not the outline of the fat, drawn lines, but rather, the line itself? Or is there some other method I can use? I tried line art tracing, but half my lines went missing, so that was no good for me... Thanks!

Using the pen tool with a stroke is the correct solution.

You don't need to draw anything with your mouse. Just place anchor points and adjust the curves as needed. With some practice, it doesn't take very long.

Using the (P) and (ctrl+shift+C) keyboard shortcuts are helpful to save time.

Live Trace is helpful for certain tasks, but I wouldn't recommend it for logo creation. It's nowhere near as accurate as is needed.

Not the answer you're looking for? Browse other questions tagged adobe-illustrator line-art scanning or ask your own question.

7
Creating Line Based Shapes In Illustrator...
1
Maintaining correct line thickness and small dots seem mutually exclusive in Illustrator's Image Trace
0
Line width Illustrator multiple lines
1
See stroke rather than the skeleton when manually moving a path in Illustrator
0
from drawing to 3D print
4
Smooth line-only pen drawing in Inkscape
3
Applying fills to an Illustrator line drawing
0
How to select all lines in an Illustrator document
0
Going lines/paths to one in Illustrator