Formatting titles below two images in same row in Indesign

I have three images, one next to another, and I need to put image titles below each image.

The problem is that my image titles are long and can't all fit in one line, so I would need to format every title in two lines. I can't put in separate text boxes, as a there is a footnote at the end of each title saying where the image comes from and I need to have all footnotes in the same place in footer area. I do that easily for the first title, but can't figure a way to do it for the other two titles. Decreasing font size is also not an option, because it is already pretty small.

You have two images mentioned in the question and three in the body copy beneath the title. Mentally cross off the right-hand image, caption, and source for a solution to the title version. 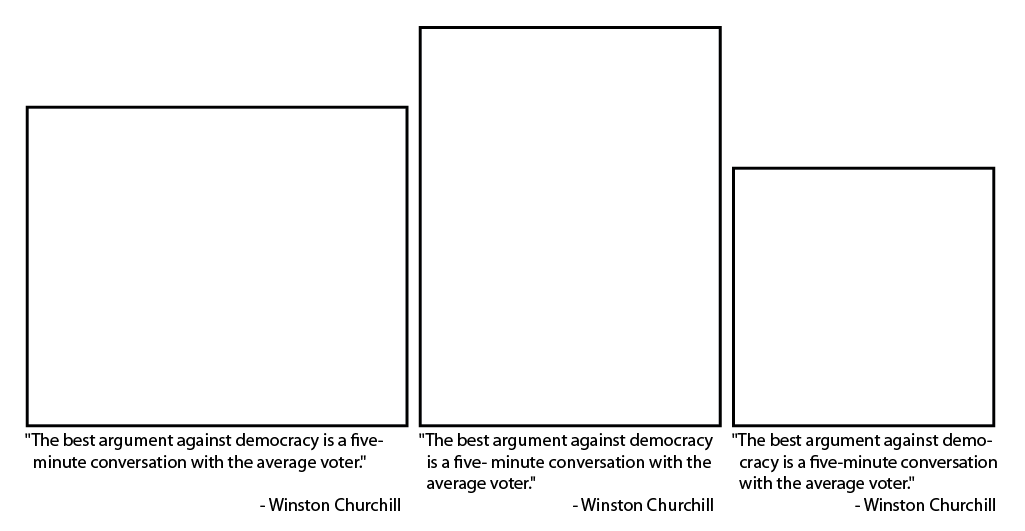 I'll attempt to do both/either one with this nightmare with three different sized square-cut illustrations and three different aspect ratios each with the same quote used as a stand-in for your captions. Under are the (same) sources flush with the right edge of the respective cut. They can be also centred or flush left with the cut.

The worst one is the third cut with the narrow measure. That required a three-line treatment of the caption. The alignment of the source finishes off the grid to give a "finished" look.

Not the answer you're looking for? Browse other questions tagged adobe-indesign paragraph-styles or ask your own question.

5
Heading numbering without threading?
0
Switching between different layouts for same content (InDesign)
0
InDesign: How to place multiple images in a text frame
0
is there a way to add a fixed size to placed images in InDesign?
0
Generating InDesign TOC and forcing top-to-bottom-only scan of titles
0
How can I automate Apply Master and Start Section selections?
0
How do I create table of contents from two paragraph styles in Adobe InDesign?
1
Indesign - Need to split between only 2 text boxes
0
Using tabs with multiple lines of text in two columns (InDesign)