Which color can be used with the top bar so to get a better contrast?

I have this mobile app design. I am not able to decide what color to use for the top bar so that it gives a good contrast but doesn't make the design look odd or weird. I am currently using #212121 for the top bar and #111111 for the background. Any suggestion would be appreciated. Thanks in advance !!

PS: I read the guidelines for critique questions, hope I am following them? 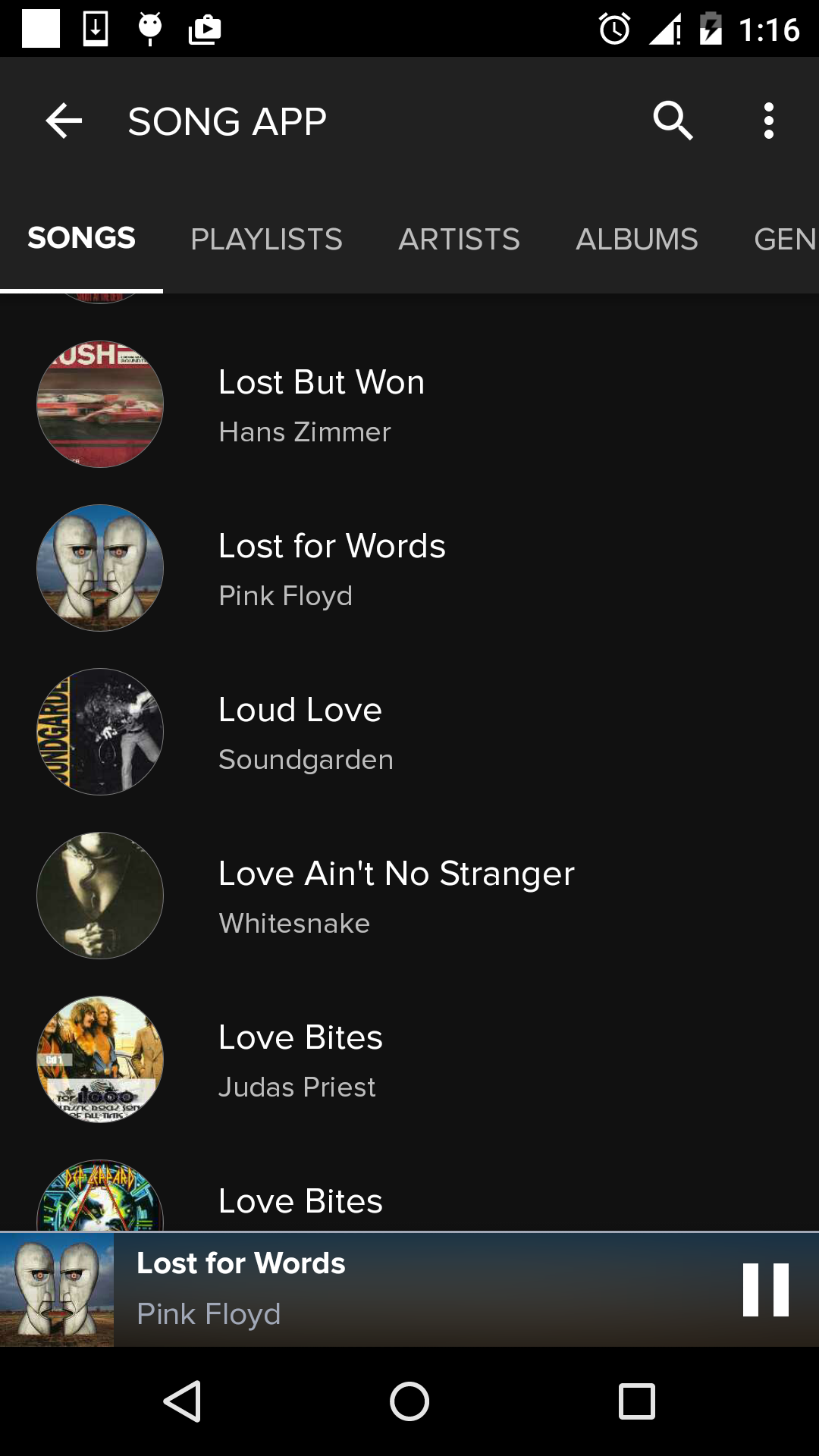 critique mobile contrast
Share
Improve this question
asked May 27 '16 at 20:35

Colours can be a tricky thing so I would suggest that in future when designing a wireframe for your apps you work in grayscale (See step 7 here). This would help you to avoid this problem later on in your workflow as you would have an idea of where to incorporate light and dark values.

In addition, as you mentioned that you are not a designer - instead of using time to make your own colour schemes from scratch, you could try scrolling through colour schemes on sites such as Adobe Kuler. This will give you the opportunity to see how different colours interact with each other or to change the shades on a colour scheme that is close to one you like.

If your interest is sparked though I would suggest resources such as Color for Designers: 95 things you need to know when choosing and using colors for layouts and illustrations by Jim Krause it's a handy book that is broken into concise topics after covering the basics in the first 3 chapters so I tend to use it to thumb through for reference if I'm feeling a little stuck or want something to read :) I've linked his site as he has several other resources (such as Lynda tutorials) that also cover the topic of colour.

Of course this is just one example of multiple resources that are widely available on the topic so I would suggest a little exploring. There is also a great deal of colour theory material for non-designers such as this crash course or books such as The Non-Designers Handbook.

Hope this has been helpful :)

Contrast is light and dark so if you are using dark colors everywhere use a lighter gray - for monochromatic.

but you should definitely try to incorporate a color scheme, such as material design. http://www.materialpalette.com/

Not the answer you're looking for? Browse other questions tagged critique mobile contrast or ask your own question.

71
Is there a good resource or tool to help build a palette/color scheme around colors I select?

0
Design tips for a web design by a beginning developer
1
Deliverable format for iOS graphics
5
Quotable reference to support my assertion that black text on a grey background is not a "highlight"
0
Critique : Feedback for portfolio website design
1
Critique: What UI colors to use in an image-based design?
4
What are the eyes of this character doing?
6
Critique request: Vtuber logo
9
Critique / improvements regarding page layout