How to Overlay [Selected] Glyph Outlines from Separate Fonts for Comparison?

Both FontLab Studio and Fontographer have a Blend feature, which can produce decent results when working with fonts which are visually as well as structurally similar, to save time creating new weights or widths by averaging others together. This process is called interpolation.

However, that won't wouldn't work for me with what I have in mind. At least not in the traditional sense or any way I'm used to. The fonts I will be working with will often not share compatible outlines (which is rather the point) and besides, I don't want the computer to make awkward choices that require artistic insight: I'd like to decide which aspects of each to keep, scrap, or change.

I only bring it up because when one blends a light font and a bold font, for example, and arrive at a medium font: the glyph preview looks solid, but up close one can see where the two glyphs overlapped, like overlaying two pieces of tracing paper. I know Fontographer has the option to print each selected-glyph scaled to the size of a sheet of paper. I want to know if there is a way to do this but with one glyph from two fonts on each page. Short of manually creating a layered Photoshop/Illustrator/InDesign document for every glyph pair!

If anyone knows of a way to accomplish this or anything like it, in any application whatsoever, I am not picky! I just want a time-saving solution.

wouldn't help me as my examples have drastically different (incompatible) outlines

InDesign's data merge is one option. 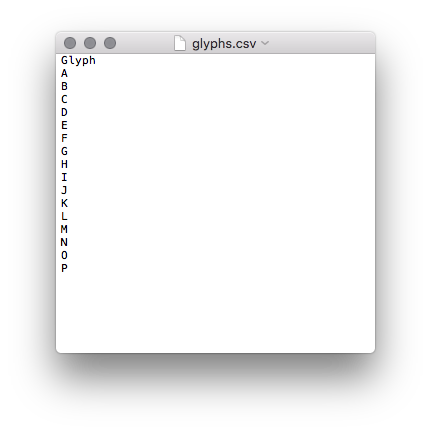 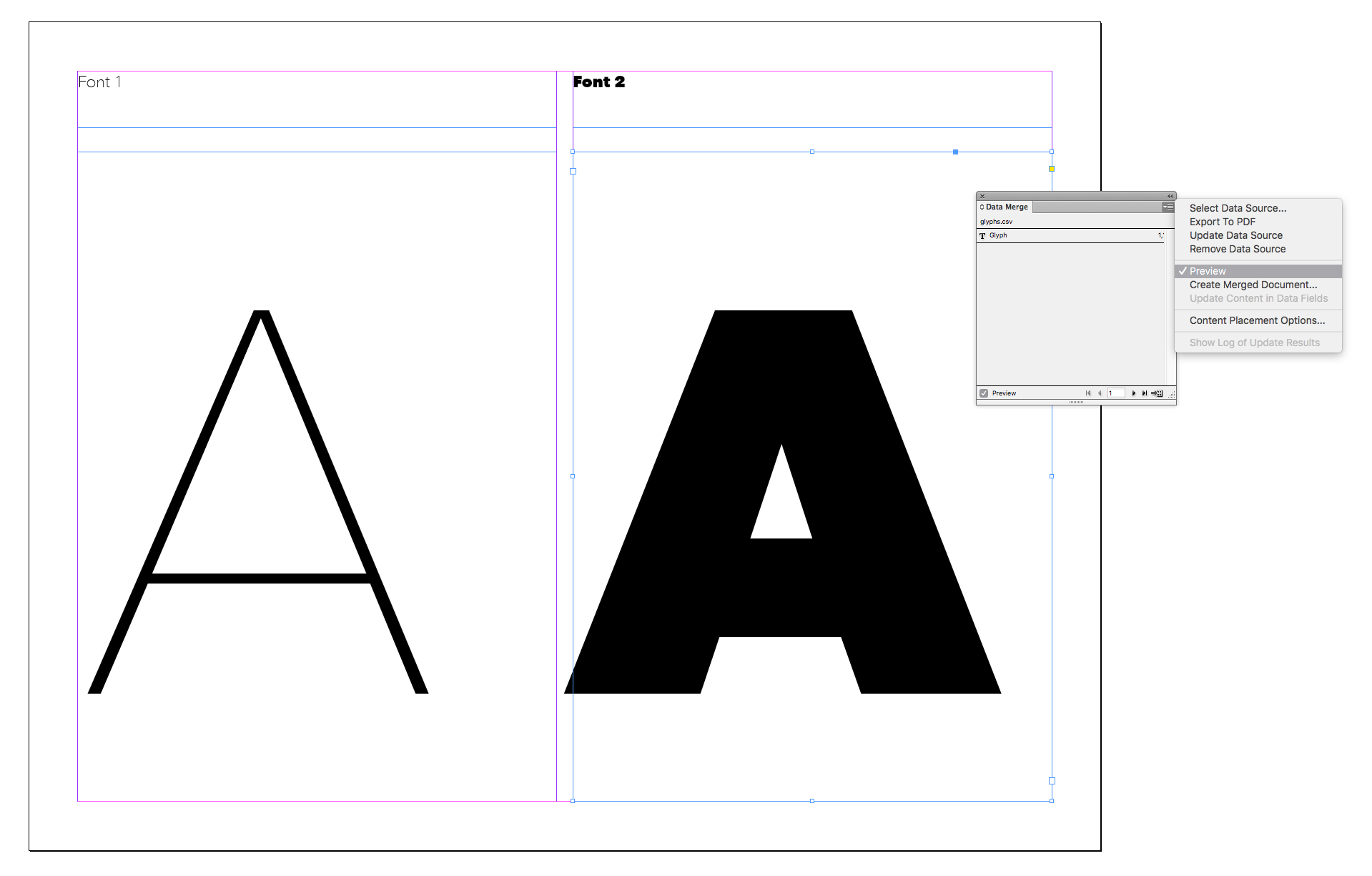 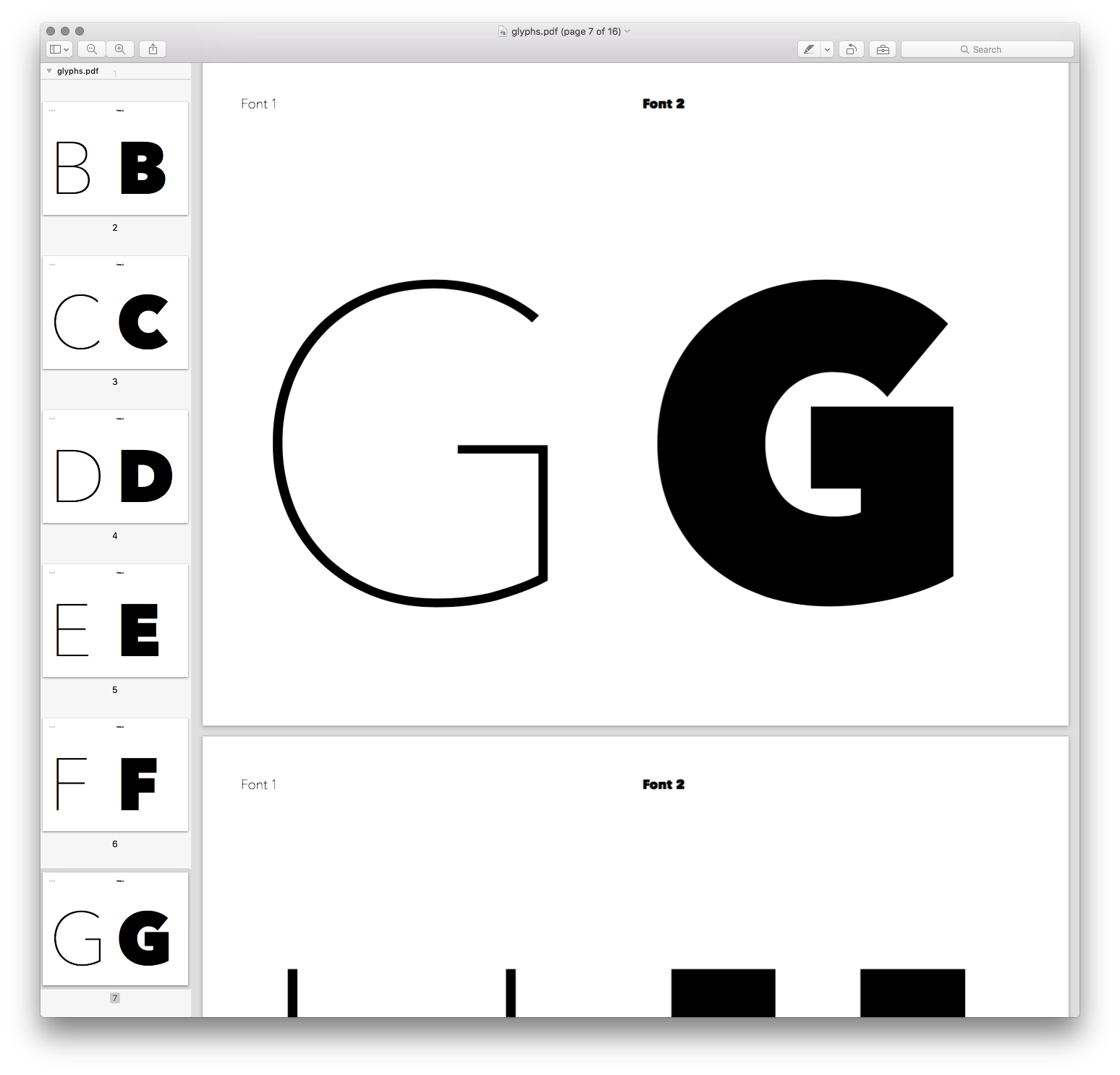 If you want to overlay the outlines of your glyphs, simply align the text frames and give the text a stroke and no fill: 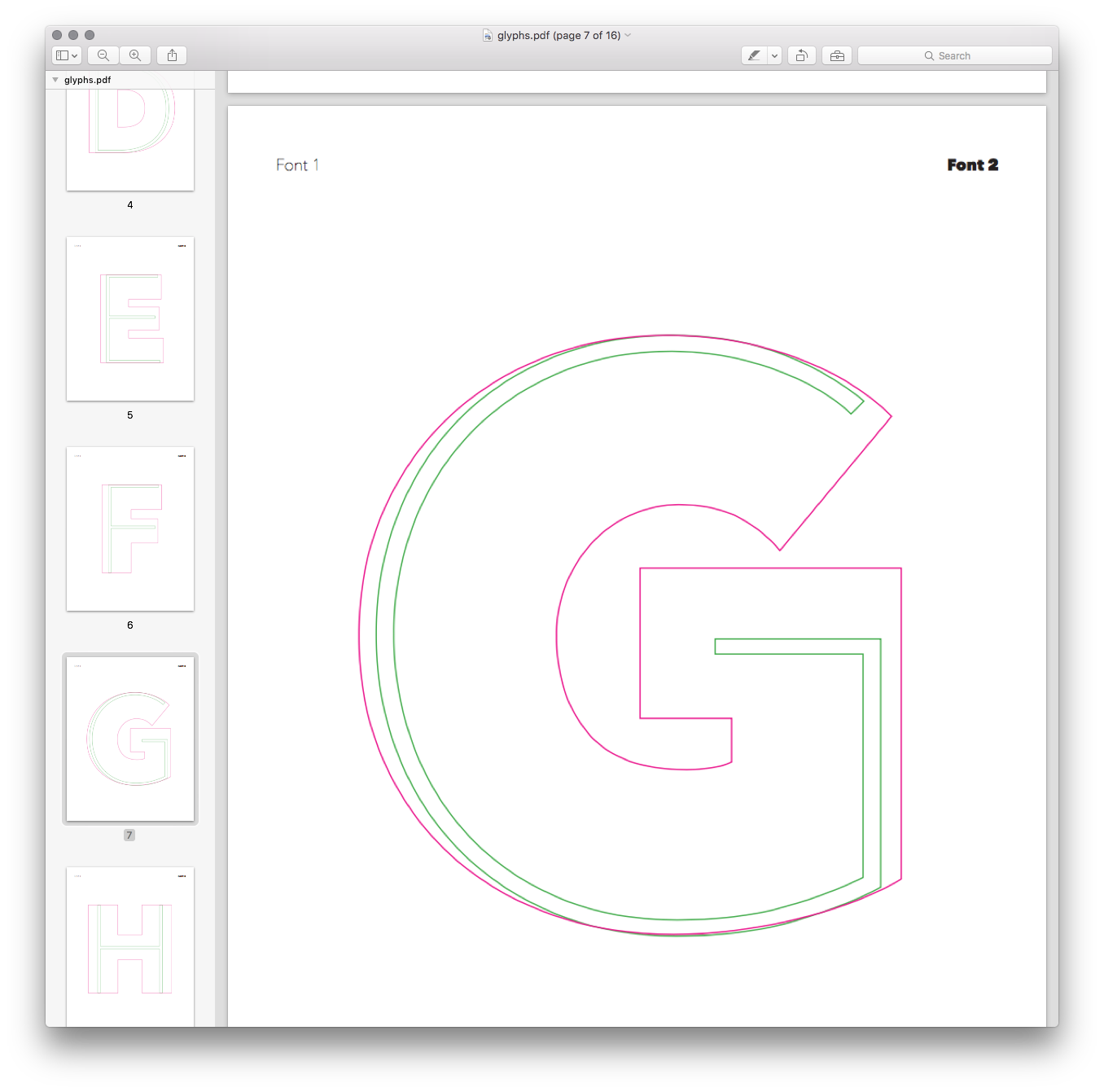 Not the answer you're looking for? Browse other questions tagged automation blending fontlab-studio interpolation fontlab-fontographer or ask your own question.

4
How do I create color swatch for Photoshop from a list of RGB values?
4
Editing glyphs in FontForge and related software has no effect – depending on where you look
1
How to control Adobe InDesign from PowerShell/CMD - for: open file, use data merge, export to pdf