I'm not a designer, but I have to export image assets for a website from a PSD layout. I would like to use SVG format for icons for the sake of retina graphics support on the website.

Some icons (shapes) consist of multiple layers, or have stroke effect applied partially on their paths (using Outside or Inside positions). I don't have Illustrator, so I wanted to use Photoshop's CC 2015 Export As feature from layer/group right-click menu and then selected SVG.

But some icons have wrong (double?) stroke size there, or have a stroke filling where it wasn't originally. Both in the preview and exported file. Am I doing something wrong? Is there something I can do in Photoshop to export them to SVG just the way they look in PSD?

I'm attaching a screenshot collage to show what exactly do I mean. 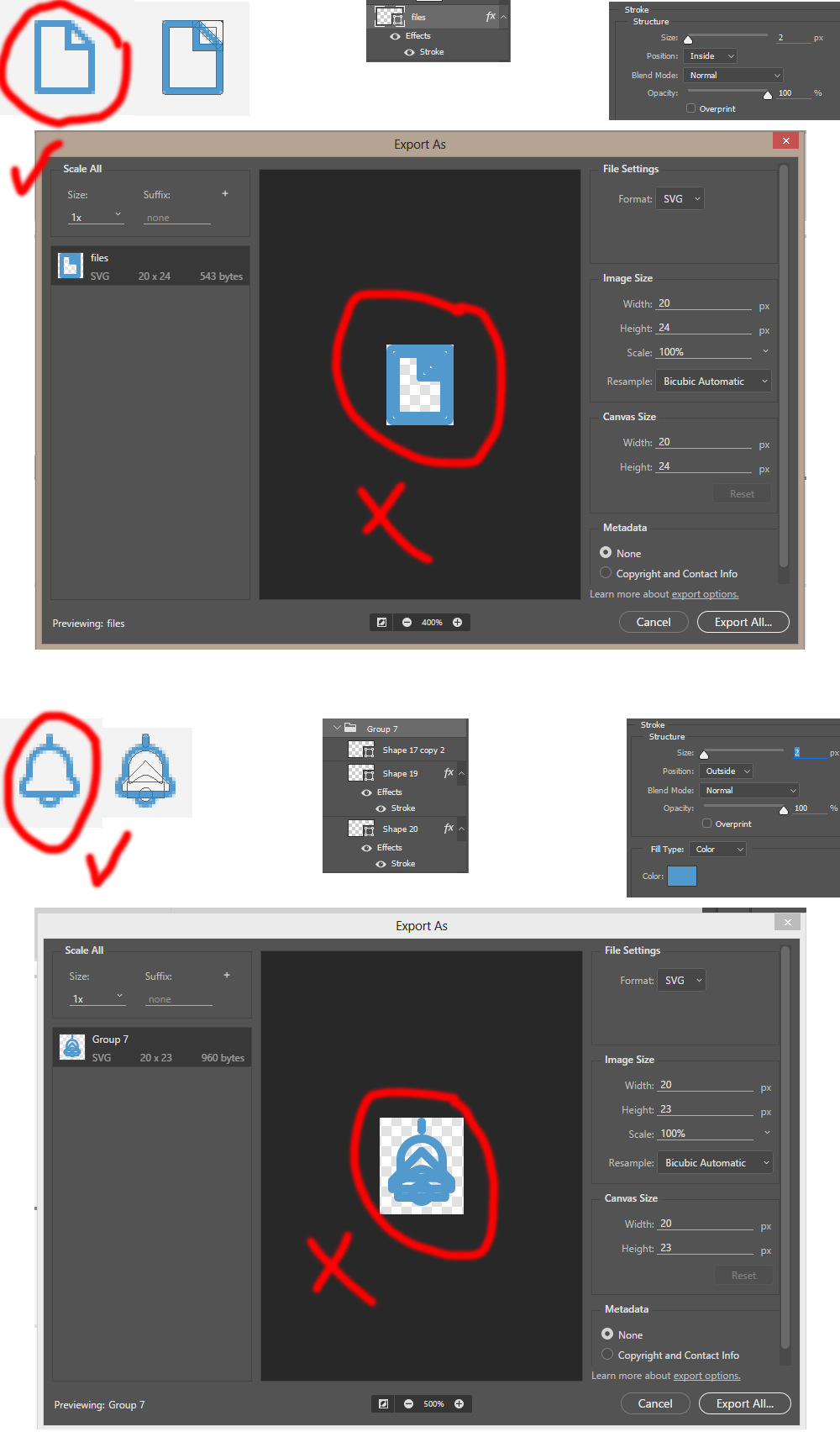 1
PhotoShop CC SVG extracted assets not recognized by IcoMoon
0
Slices & Extract Assets, or Copy CSS & paragraph styles for retina web designs?
3
Illustrator CC 2014 - SVG coordinates keep shifting position
4
Generate/Extract for Illustrator?
1
How do I maintain visual crispness in a small (50x50) logo?
3
How to automatically export multiple assets at multiple resolutions from a single SVG file with Inkscape?
2
Inkscape - When saving as SVG and uploading to web, nothing shows
0
Vector file showing up with embedded image
3
How can I control the size of my generated asset when it contains transparent areas?