I've been working in an illustrator file for some time now, but today, all of a sudden, all instances of a symbol I've made are 16k pixels wide (img below).

The objects don't appear that large, but when I click them, the bounding box extends far off-screen to the left and right.

What could cause this? I was editing a symbol when it started happening, but I didn't do anything differently than I've done 100 times before.

(edit: forgot to include this behavior) When switching to outline mode, there are two long horizontal lines I can't explain. They aren't guides, and they aren't selectable (all objects are unlocked).

ETA again: I tried copying into new file, no change. In case anyone's curious, I've uploaded the file in question to Google drive. Well, it's 2 files:

After saw your file I figured it out:

There is a huge guide inside the Symbol.

Edit the symbols and clear the guides. 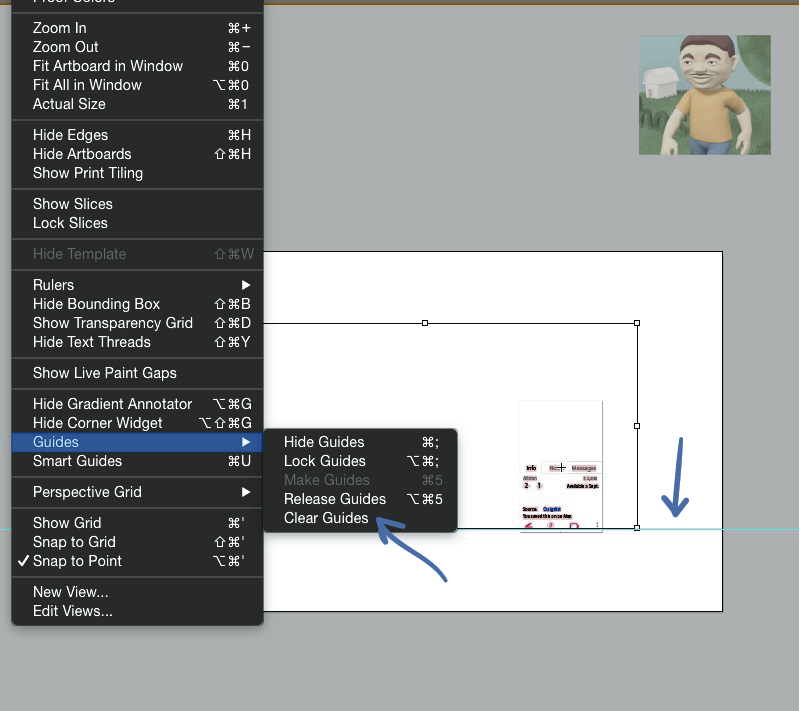 (I did not examine your file. Random downloads from unknown sources aren't really great.)

I think this is a bug in symbols.

I have a particular symbol that does this as well.

I've been unable to determine what causes this bug. As I've posted, I have a document with about 30 symbols... only one of them acts this way every time I open the file or copy the symbol to another file and it's not due to any superfluous artwork or guide.

I've had the same problem with an object - not a symbol - with a gradient applied to it. (Bounding box 5 pixels wider than the object on each side.) Replacing the gradient with a solid colour "fixed" the problem and I could at least learn how big the object was before doing a lot of resizing to export a precisely cropped vector. I honestly hope this is not the best solution but I couldn't find any other.

As this is one of the first search results for this problem...

Not the answer you're looking for? Browse other questions tagged adobe-illustrator symbols or ask your own question.