I'm a photographer and have Photoshop CC but don't know enough about using it for drawing to answer a question my wife asked me. I only subscribe to the photographer plan so have no Creative Suite apps other than Photoshop and Lightroom.

She used an app on her iPad to create some mandala-like drawings but used quite thick lines. She asked me if it was possible to thin down the lines in the images that have now been transferred to her computer.

I tried using color range selection to select the lines and then modify the selection, contracting it by several pixels. The results were not very satisfactory.

I wondered if there might be some other technique that could be used to create modified images that are neat and appear to have been drawn with thinner lines.

Here is an example of one of those images. 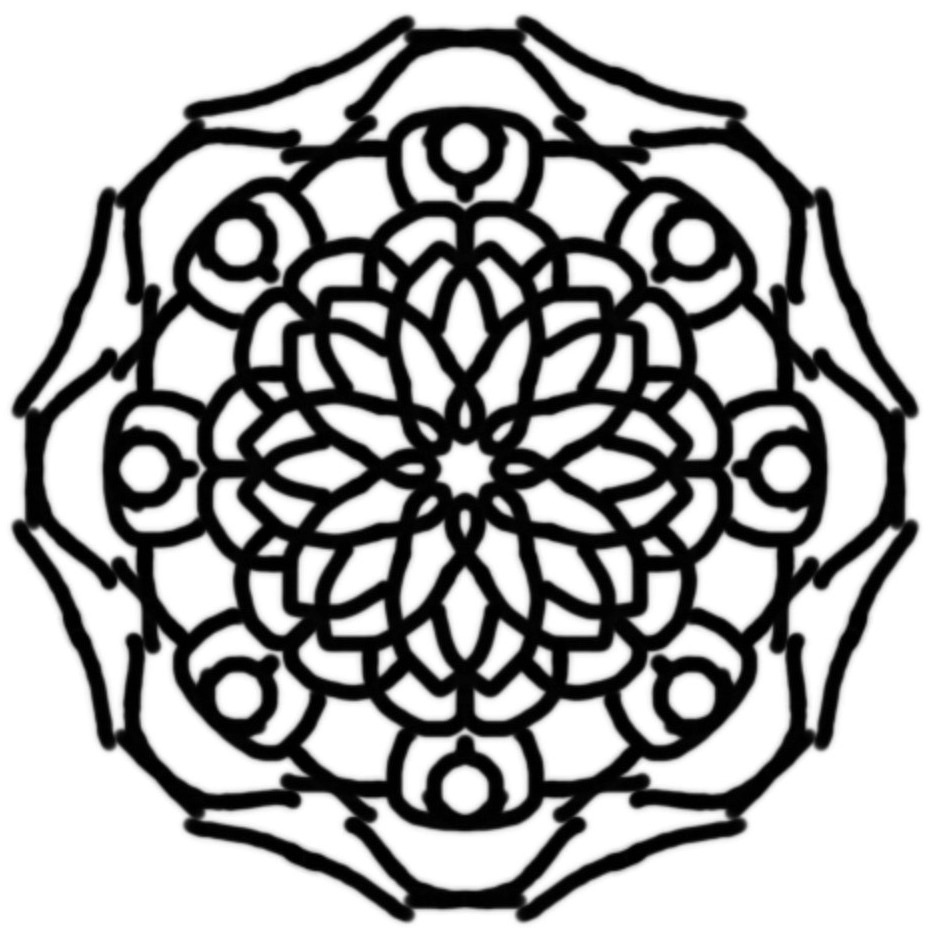 And here is an example of one of my attempts. While the lines do become thin there are thick areas where lines intersect. On this image the result isn't too bad but on others it's worse. My wife would prefer to see the thin lines meet at a corner as if drawn thus. I don't know if this is possible at all. 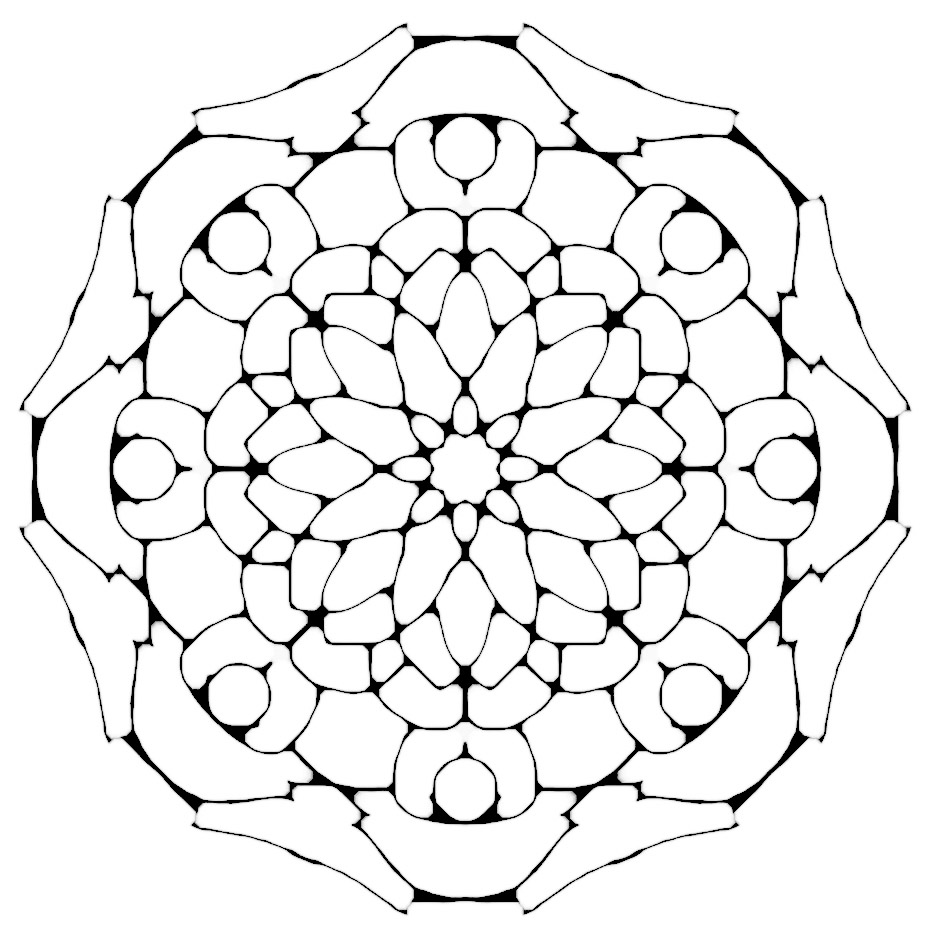 This drawing looks fairly simple to trace in illustrator since it's all a rotated duplication of the same small image. Everything I'm showing in Illustrator can be done the same way in photoshop cc since this version has very good vector options 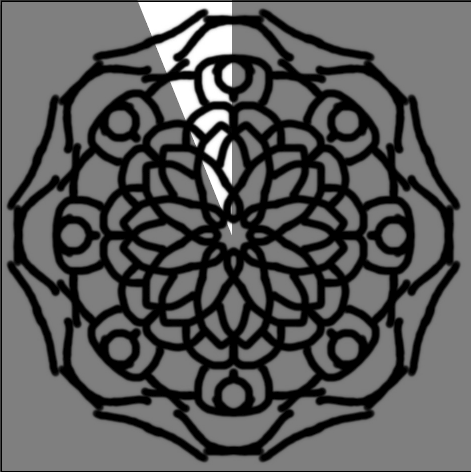 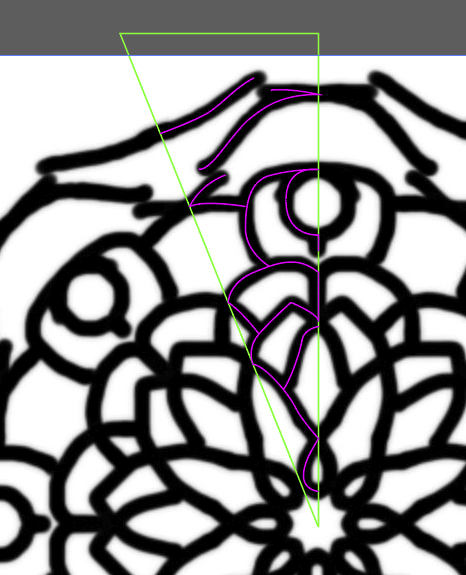 Reflect the image and place it right next to theold image 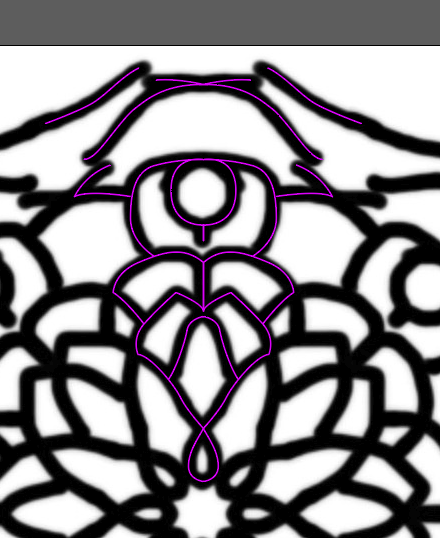 Group the new image, select the rotation tool and mark the middle of the illustration.

Go to the rotation tool and set the middle of the illustration as the center of the rotation (alt+click), rotate to 45 degrees and press copy 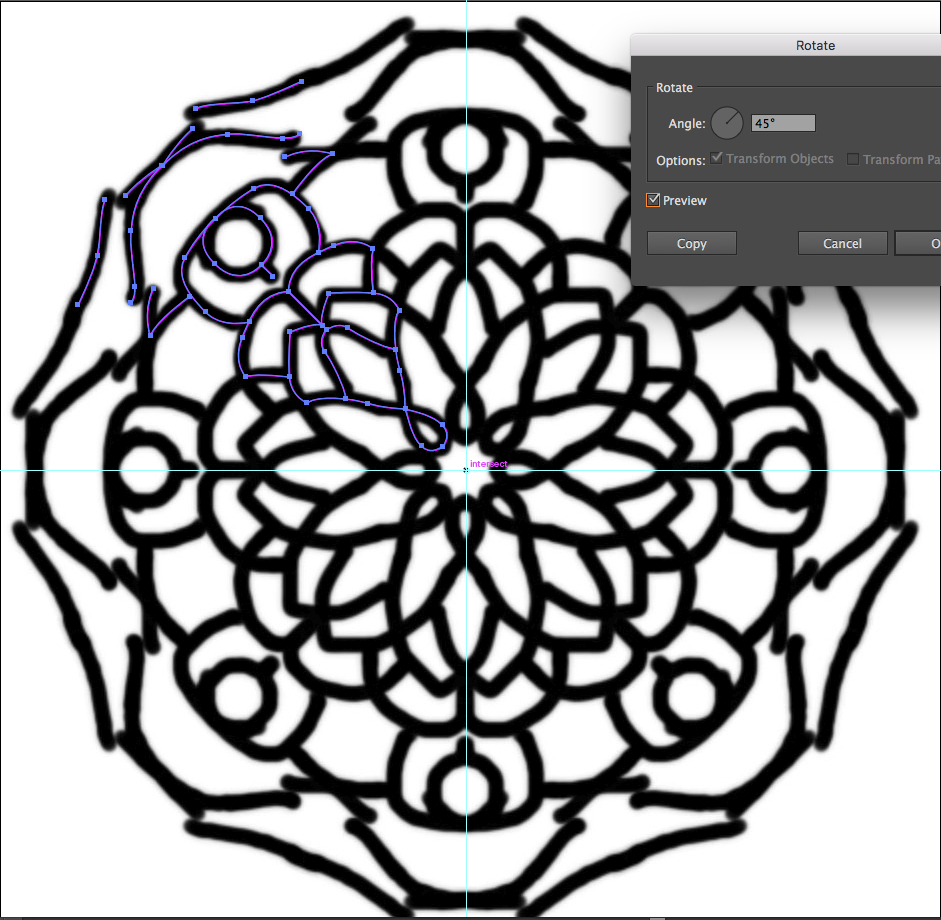 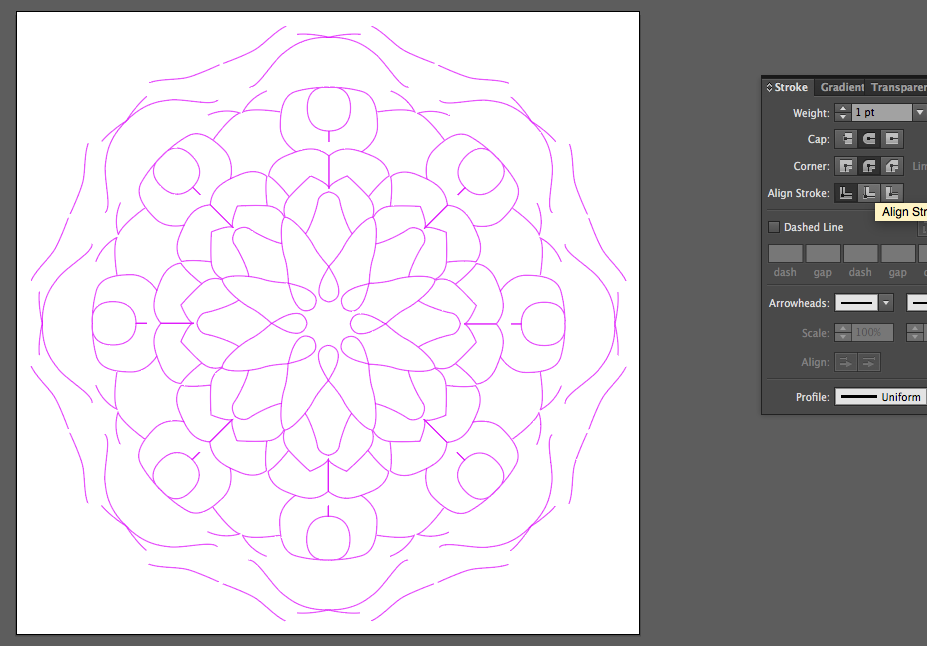 The just change the width of the sctroke as you please

Not the answer you're looking for? Browse other questions tagged adobe-photoshop drawing or ask your own question.