I try to convert an old logo to a vector format using Inkscape. The logo was originally made using WordArt. The text is transformed to a trapezoid shape.

I tried to use "Modify Path -> Perspective" but it doesn't end up correctly because the transformation is perspective (i.e. the character widths are not equal). 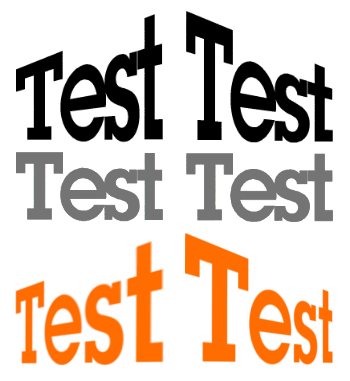 As you can see the left-most character is as wide as the one in the middle.

Is it possible to do this translation in Inkscape or do I have to use a different tool?

You could solve this with Extensions ⇒ Modify Path ⇒ Envelope which works (somewhat) like Envelope Distort in Illustrator.

The drawback to Envelope is that it will only work with 4 points. So instead of doing 1 transform, do 2 (one for the left and one for the right).

Make your text, create your 2 envelopes, do 2 transforms. It will make the vertical warp without introducing the horizontal distortion that you get with Perspective.

Final output juxtaposed with duplicate of source object to show the lack of horizontal distortions1: 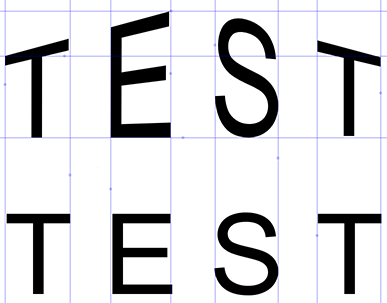 1. I rarely dabble in Inkscape so my example image has some slight distortions but I think this is due to my lack of proficiency with the tool rather than a shortcoming in the Envelope extension itself.

I would import the logo as bitmap and convert to path (as it is a relatively simple image this should go quite near the desired result). Then make adjustments to the nodes (let the bitmap lay underneath as blueprint and make the vector image transparent, so you see where to move nodes).