I want to blend this image dynamically over a background. So, I want to extract it as a PNG with transparency.

I photographed the ship-in-a-bottle on a surface that is roughly the colour of the background I want to blend onto, so it doesn't need to be absolutely perfect (the transparency would be very difficult, but I'm not going to worry about that!

The part I'm interested in is the shadow. Does anyone have any good ideas of how to extract it as a flat-ish colour with all the detail in the alpha channel? So that the shadow should work over basically any other surface? It would be nice to retain detail in the shadow, but not too much of the detail from the grain off the stone that it was photographed on.

Problem is, I'm not sure this will retain the quality from the original image. It would also be nice to retain some of the bright refracted light as well as the shadow! 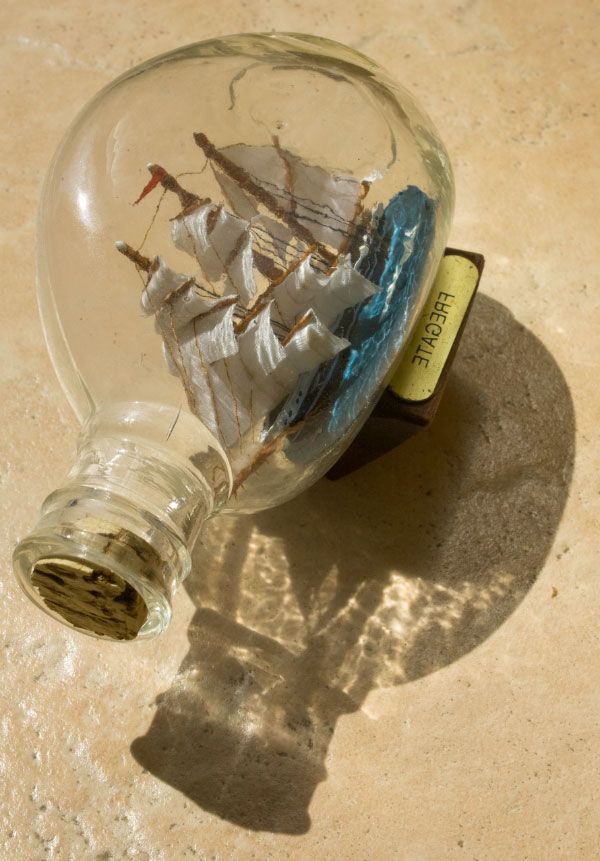 Scott is correct. Your best bet is to rephotograph on a plain background, either white or green would work. The main challenge you have with your existing image is the texture, especially in the shadow that you want to retain.

The tool you need is Select > Color Range, which is like the Paint.Net "Color to Alpha" Drakel refers to, only on steroids and with a great deal more flexibility. Even with the super-compressed image posted here, I was able to get this far in a couple of minutes using Select > Color Range with Range restricted and Localized Color Clusters turned on, followed by a little bit of clean-up on the outer parts of the mask with a black brush. On the high resolution original this would be a lot easier. 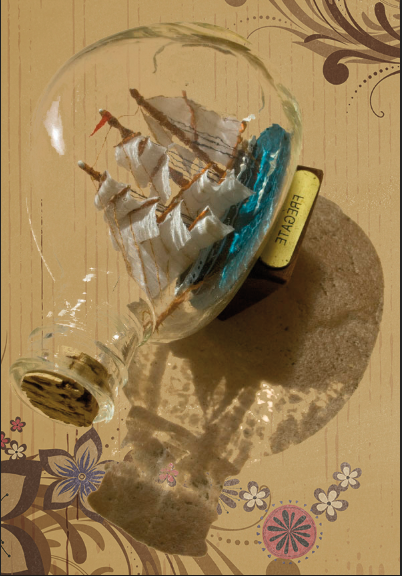 Russell Brown introduced the use of the enhanced masking features in CS4 in a few excellent videos. Go to his tips page and scroll down to the CS4 section. Watch them from the bottom up, starting with "CS4: Masking Workflow Techniques".

Unbelievably, I have found a free program called Paint Dot Net to work better for this than Photoshop (http://www.getpaint.net/)

There is a plugin called "Color to Alpha" that will do what you are asking. It renders certain areas of an image into alpha values based on hue, saturation, and lightness. This is what I always use for similar applications.

4
Photoshop - Extracting a transparent shadow from an image
9
Can I extract shadows from a texture to make a transparent image (png)?
5
Photoshop - turn white transparent, specifically preserving shadows - new issue
0
How to invert colours on a layer?
1
GIMP - how to make transparent brush from an image layer?
7
Apply a threshold to the transparency of a smart object layer
1
How to get rid of annoying jagged line of t-shirt mockup
0
Separate the object from its shadow (or glow)