How to lighten color without ruining texture and line in photoshop? 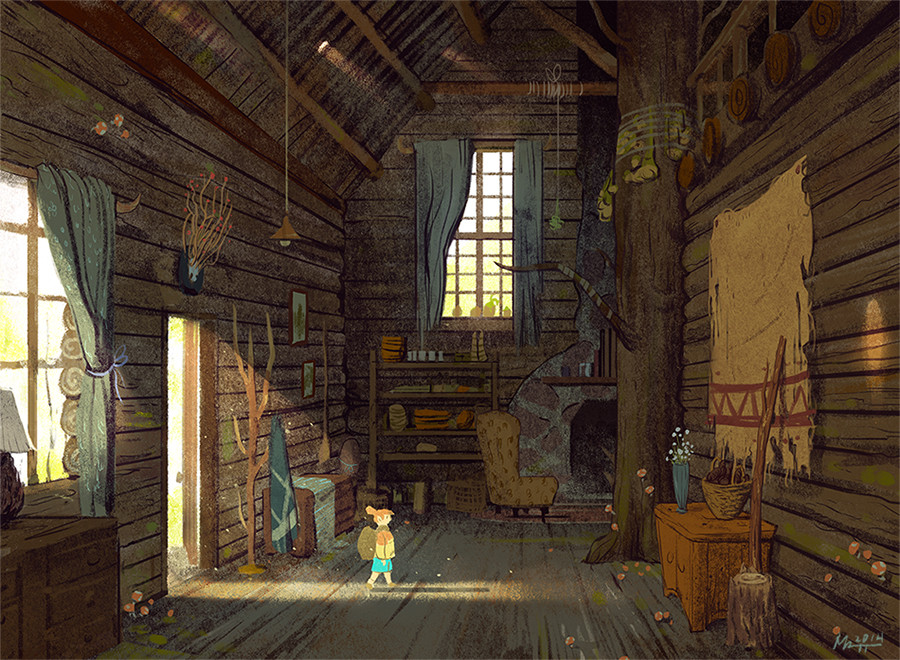 The areas that are "sunlit" are bright but still maintain the texture and line of the darker layers. How was this done? Is it some sort of blend mode? I have tried everything. If you could help me out, I would really appreciate it. Thank you so much.

Yes you can achieve that with blending modes.

I'll show you a quick example by adding some extra lit areas around the window...

First, on a new layer, I block in some color in the areas I want lit. I used a solid shape for the lower area and radial gradients around the actual window: 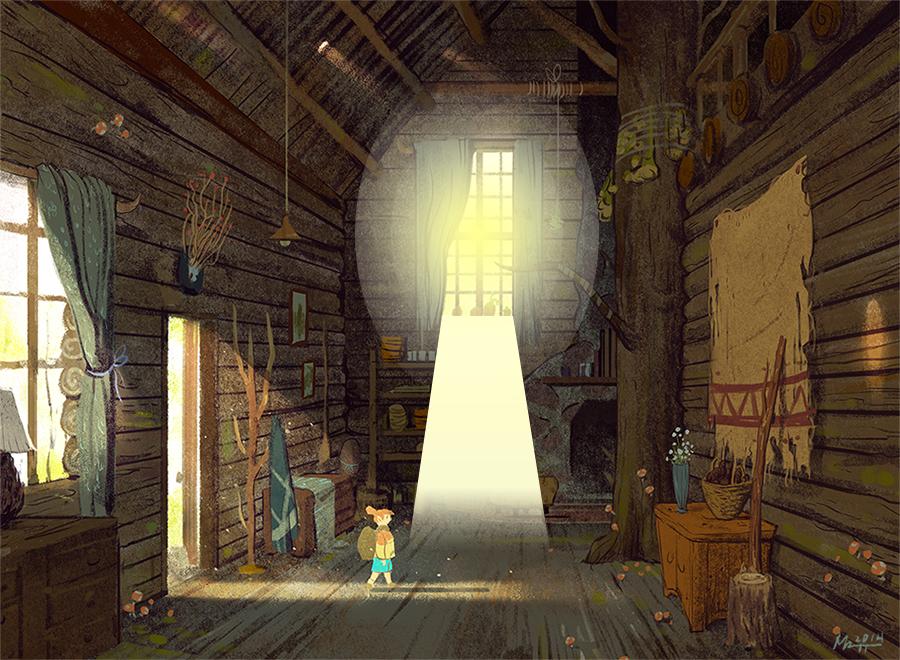 I then set the layer blending mode to "Soft Light": 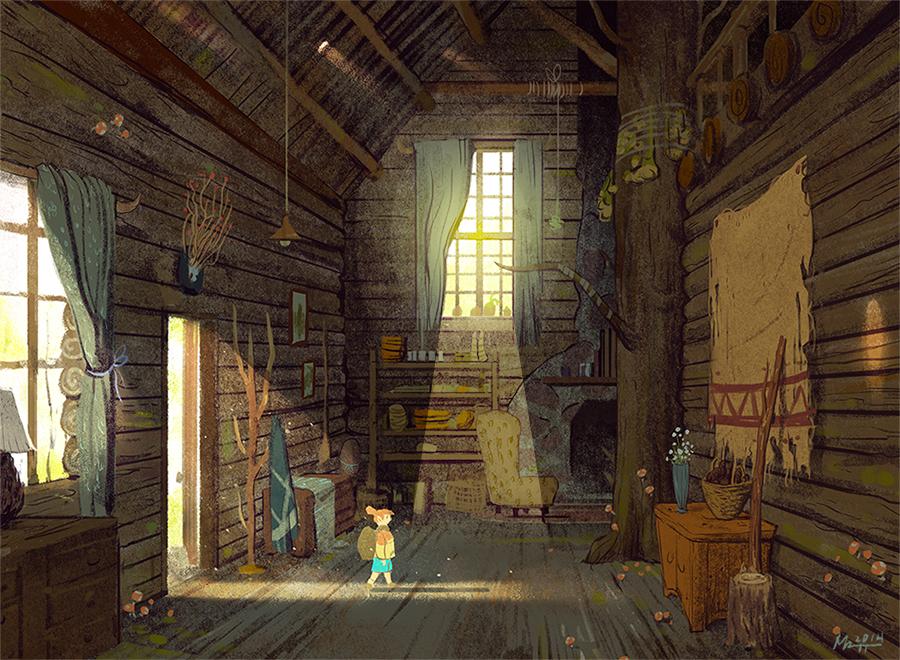 There is no hard-and-fast rule here. You can get similar results with the "Overlay" blending mode, and it's worth playing with opacity levels as well as blending modes.

In reality, with an illustration like this, you would most likely hand paint a lot of the areas rather than only using solid shapes like I did and use a larger palette of colors.

I'll start by switching to Lab color mode because then all of our contrast (texture) exists in the lightness channel safe from our color.

Now for light say from the other window I would do a circular marquee and apply a Curve adjustment to it. Then raise the Lightness channel a bit and then go to the B channel and pull it towards the Yellows: 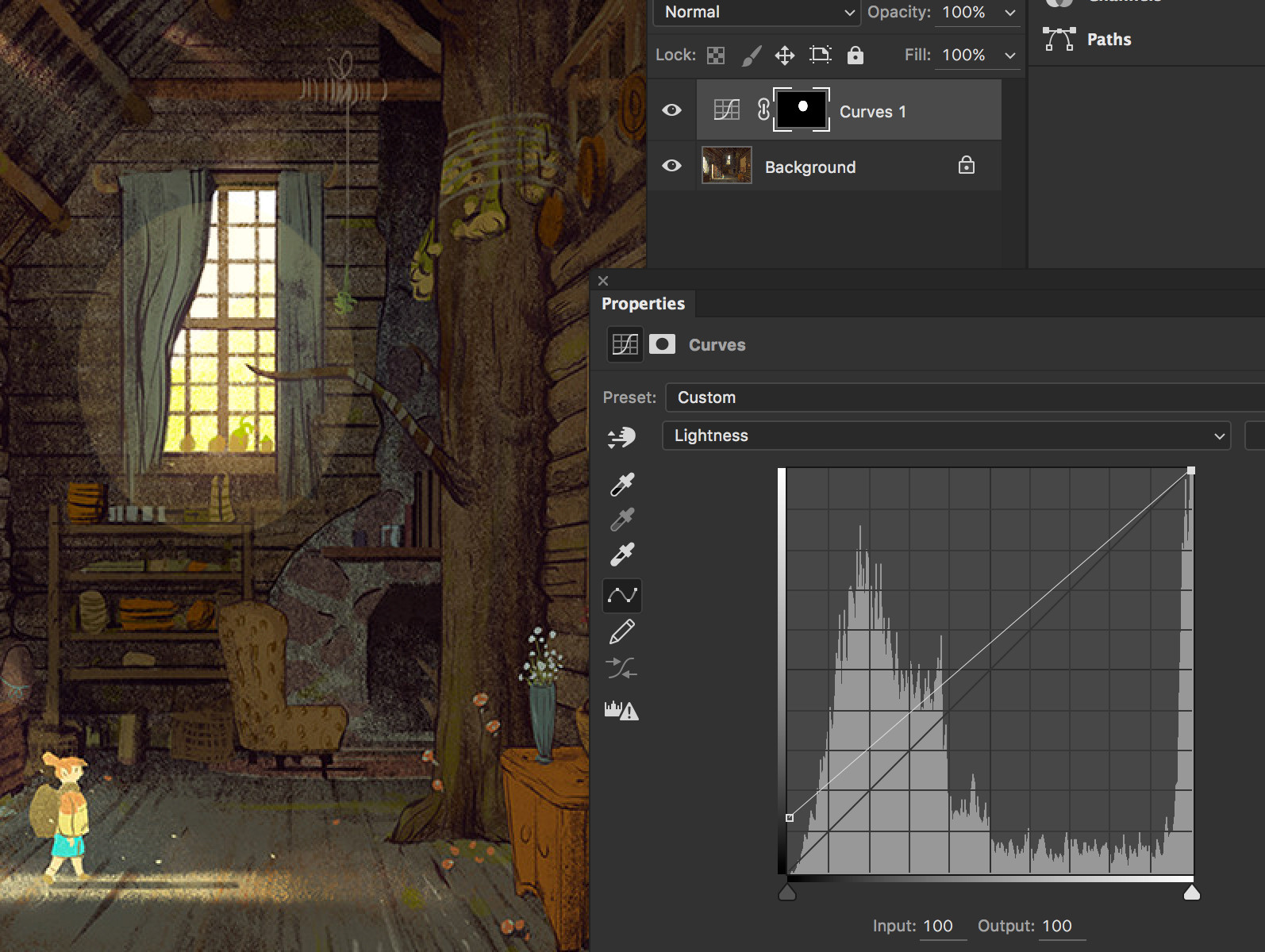 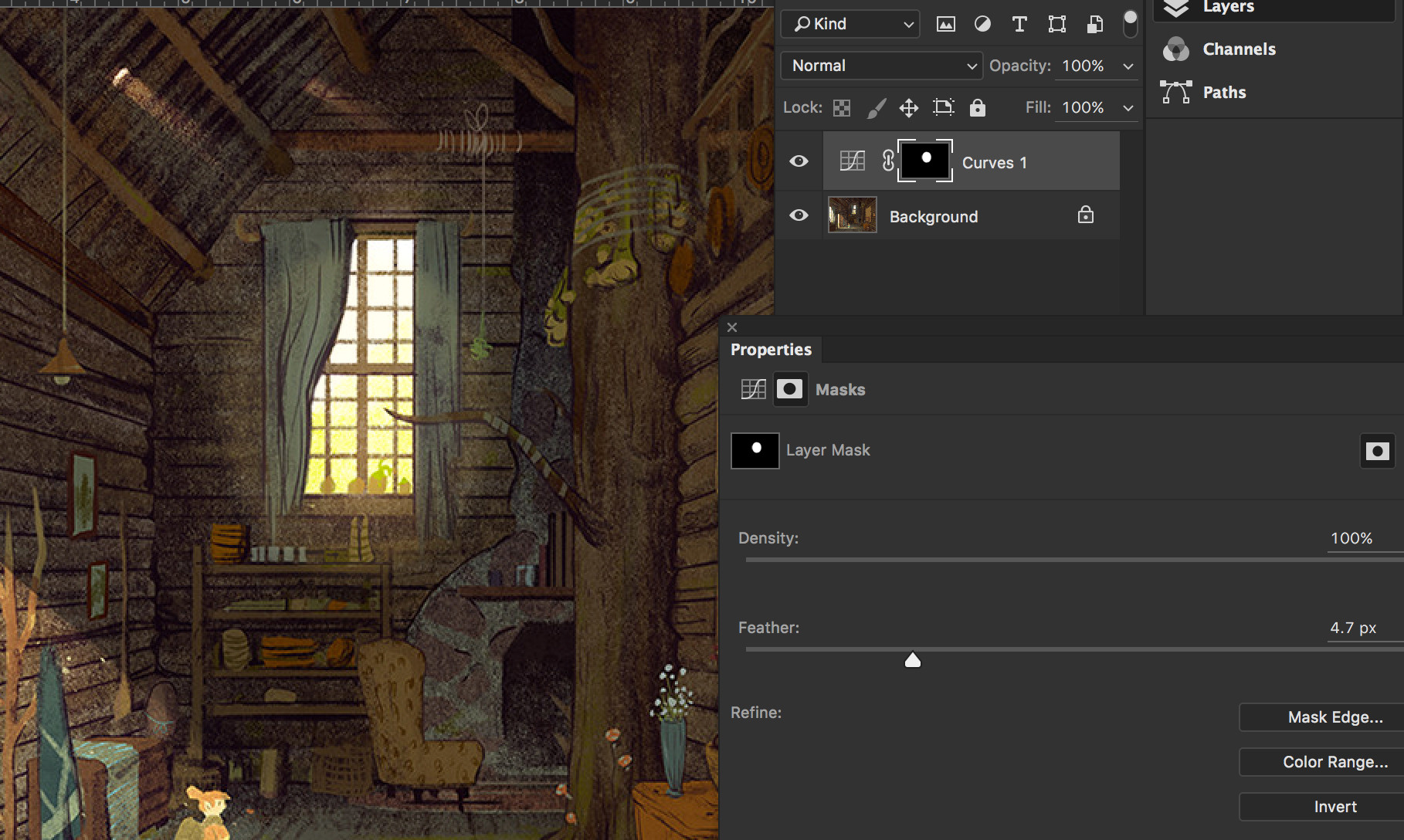 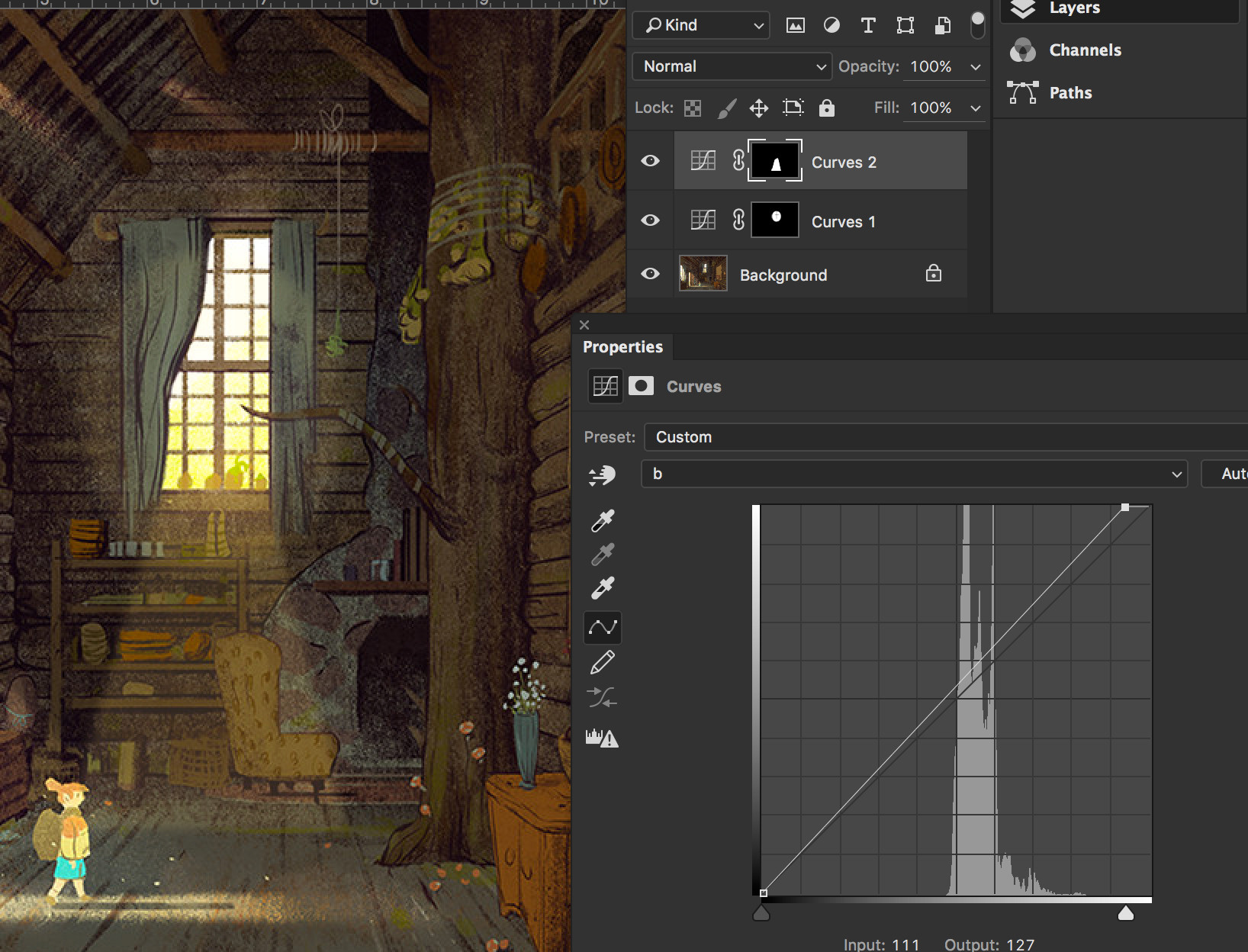 Now the sun would get brighter when it hits a surface (the floor) so we'll want to do some sort of masked curve on that too. To keep things simple I'll just another ellipse marquee: 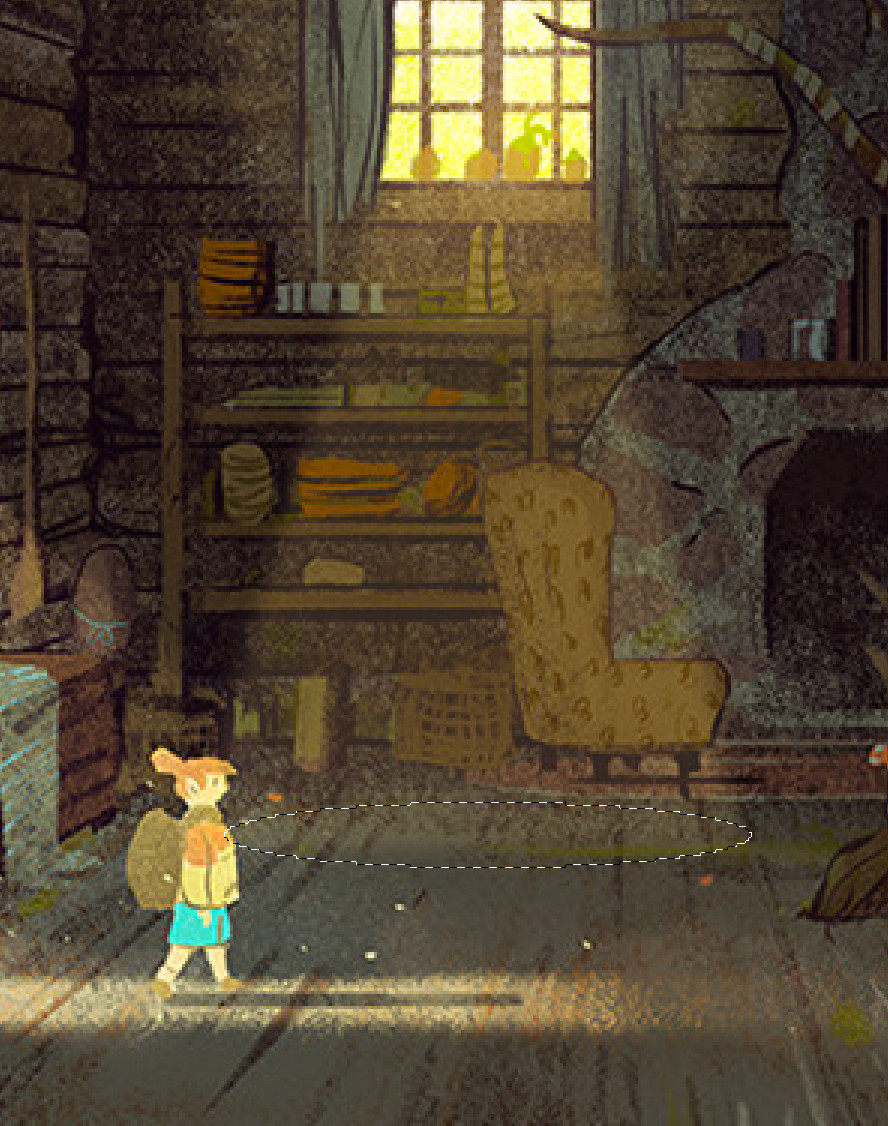 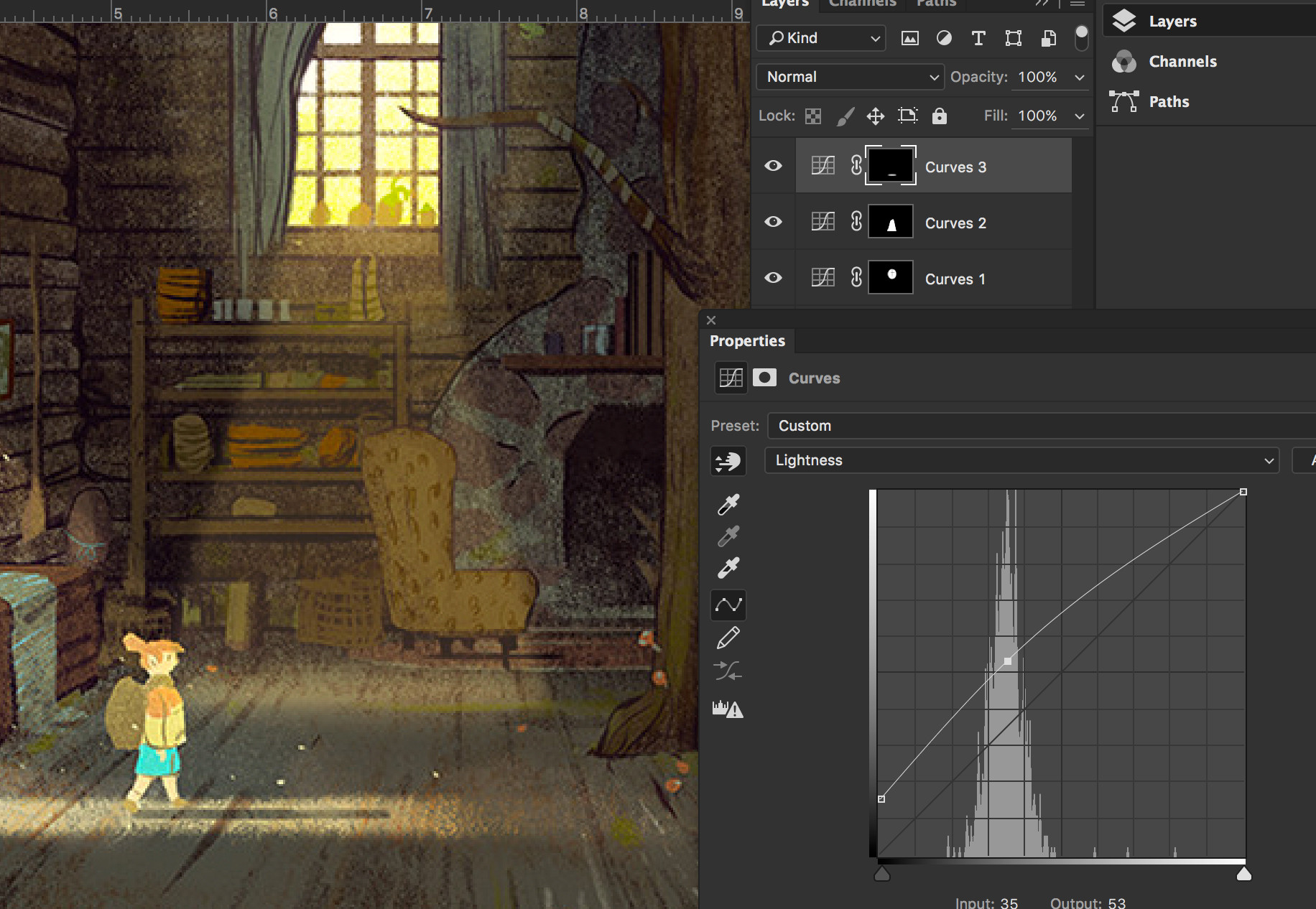 And without the panels and such covering it: 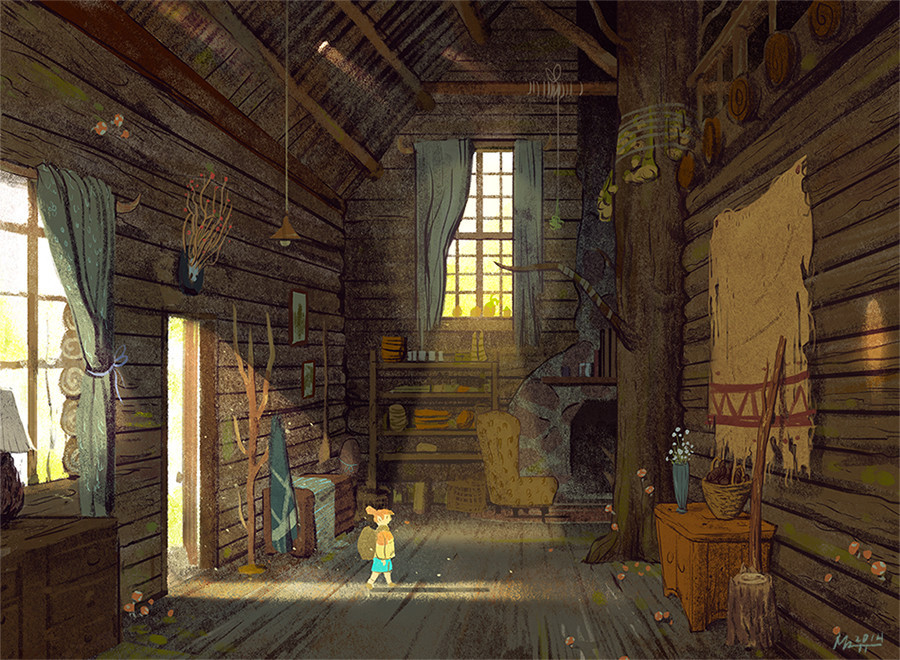 But really I don't think a circle would form around that window if the light is coming in so strongly through it so lowering the opacity of that curve to almost nothing for: 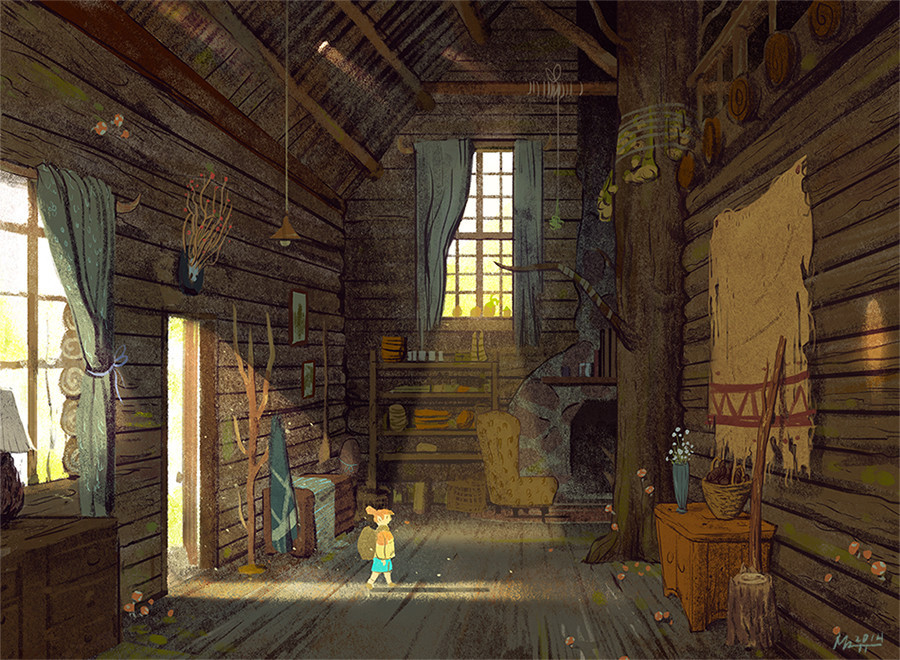 Of course I don't know how light would come in from two sides of the house either but maybe this pretend world has two suns :D

Not the answer you're looking for? Browse other questions tagged adobe-photoshop painting digital highlights or ask your own question.

4
How do I drain this pattern of color to add it?
2
How to get this noisy fog or skies effect with a gradient texture in Photoshop?
3
Best way to make a lighter version of an texture without losing quality?
4
How do I create subtle background gradients like this?
5
How to simulate realistic pencil blending in Photoshop, with texture?
1
Is there a way to get correct color mixing without posterization, working with 8 bits only? Or something better than Linear RGB color space mixing?
0
Changing to CMYK Color Mode Negatively Changes Texture Color That Was Made With Photoshop Colorize Tool
0
Filling a blended texture into a rectangular strip in Adobe Photoshop CC
2
How can I create a phosphor screen effect like this one in photoshop