How to distribute objects around spiral in Adobe Illustartor

I'm trying to distribute the leaf objects (perpendicularly) around spiral, so the leaf on the outside is the bigest and the smallest is on the inside. I'm replacing old logo with new one. It should look a bit like letter C at the end.

Please see image attached (old one on the left) 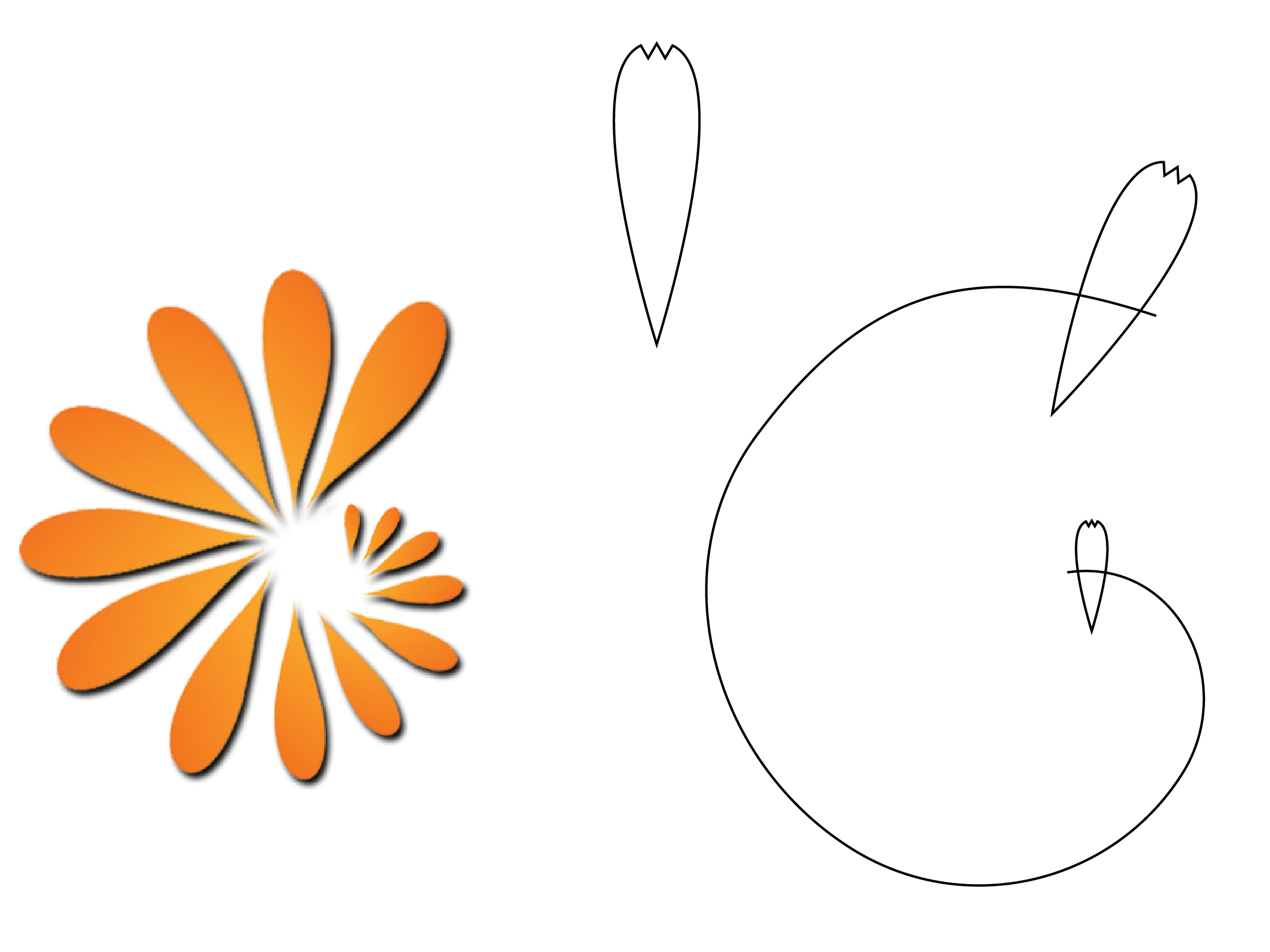 An idea that may work for you... Use a transform effect on a single leaf. You can set a number of copies on the effect and the transformations are cumulative, so you can scale, move and rotate to get the spiral effect. 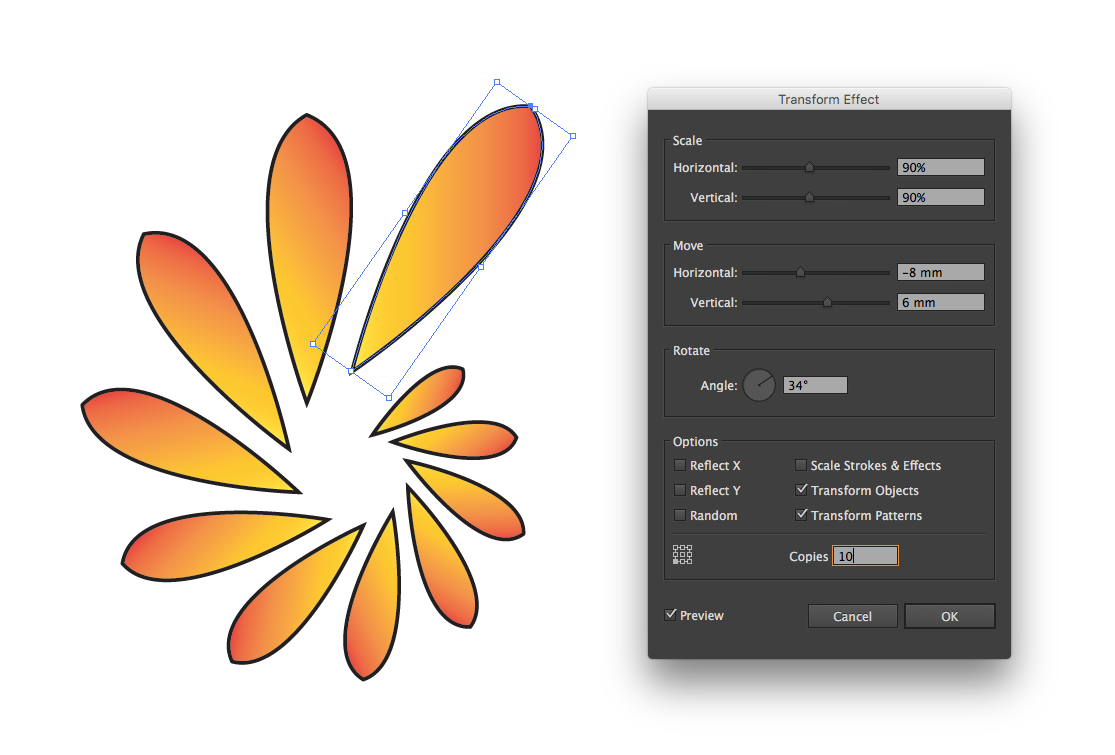 Also uncheck "Scale Strokes & Effects" if you want to keep your strokes and effects uniform.

Even if you can't get the exact placement you want with the effect, you can get it close, expand the effect (Object → Expand Appearance) and manually adjust each object from there.

You could use use "step and repeat" OR

Not the answer you're looking for? Browse other questions tagged adobe-illustrator vector logo path or ask your own question.

5
Illustrator: How to merge to circles and rectangle in illustrator from this sketch to make a blob?
0
How to cut off parts of text by an object in Illustrator?
1
Text seems out of place next to logo
7
How can I make the logo light up against a blurred background?
4
“Cutting” a shape in Illustrator
3
Divide objects into paths, not shapes
1
Illustrator - Making inside of image transparent
2
Suggestions on how to improve this logo?
2
How do I line up a circle perfectly between 2 curves lines (of others circles)?
1
How to wrap rectangle around circle