Why does the 'roughen' effect go away on my vector whenever I ungroup it?

I have two shapes in one group and in order to save time with applying the 'roughen' effect, I applied it to the entire group. After it looking the way I want it to and want to ungroup the shapes that the effect has been applied to, the effect goes away. Applying the effect without group them is a 'fix' but I don't understand why this would happen.

I applied it to the entire group.

You answered your own question. The effect is applied to the group, not to each object within the group. When you ungroup the objects, the group no longer exists, therefor neither does the effect.

You can apply effects to objects or groups or even whole layers. If you apply an effect to a group or layer, as soon as you take an object out of that group or layer, the effect will no longer apply to that object—effects only attach to the single object you apply it to (i.e only the group, not directly to everything inside that group).

You can see which specific object (wether an object, group or layer) has the effect applied in the Layers panel and the Appearance panel.

Anything that has appearance attributes other than a basic fill and stroke will show in the Layers panel as a filled dot, rather than the normal unfilled one. If the group has a filled dot and the objects within don't, then the effect is applied to the group.

You can check this by selecting the object/layer/group and looking at the appearance panel, which will show any effects applied. 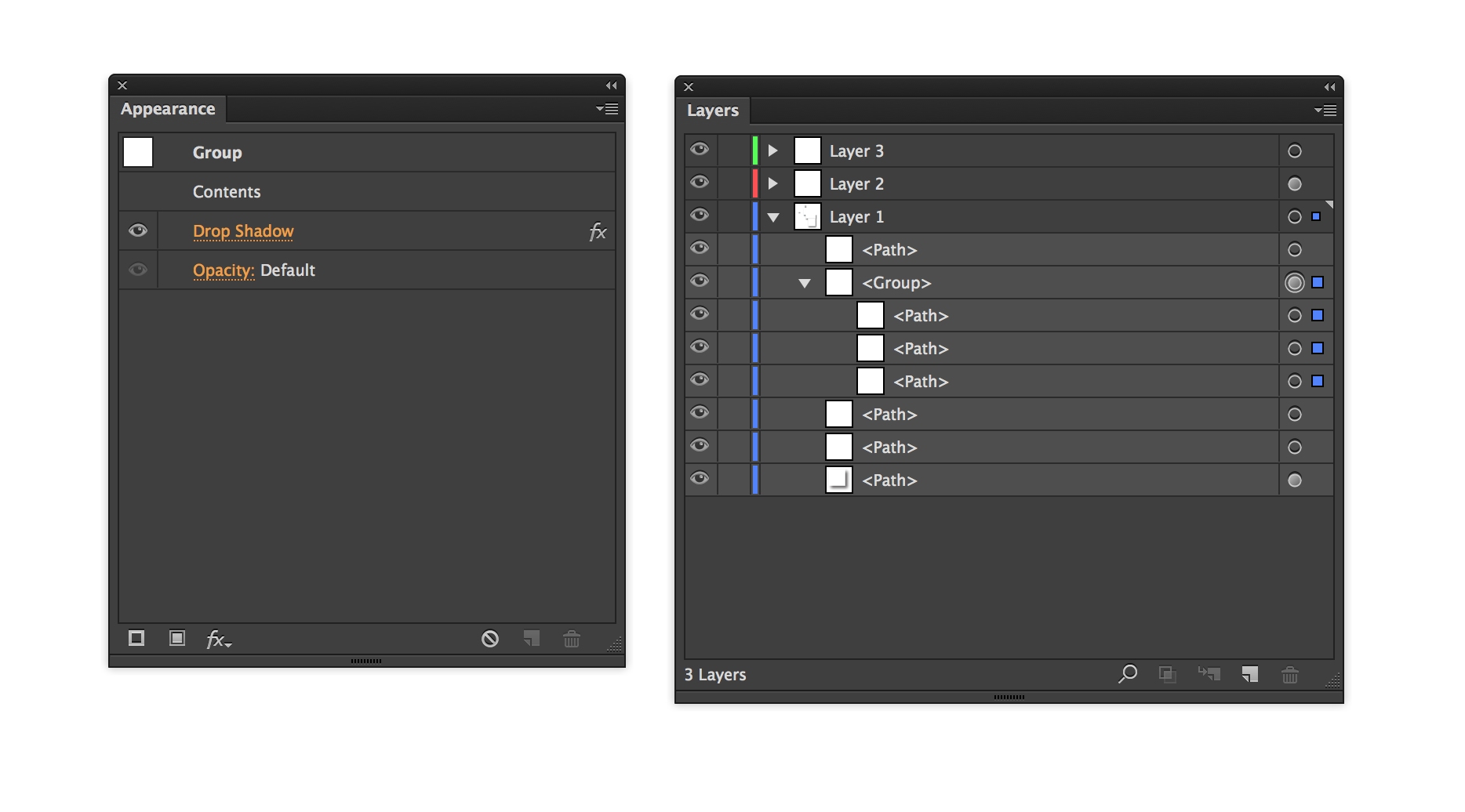 7
How to overlap custom art brush shapes
1
Illustrator CS4 - how to align objects treated as they were group to the artboard
0
Most direct way to select the innermost group on Illustrator
3
How to bend a path along an arc (or any shaped path)?
0
Why doesn't my masked object have a stroke from the object it's in?
0
How to align rotated objects in Illustrator?
3
Illustrator elements showing through each other in group with graphic style applied
2
Can Illustrator's Crystallize effect be used to create smooth wrinkly borders?