Designing shape in InDesign - how to emulate effect from Quark XPress?

This is part of my original document from Quark XPress [Windows demo] (which I am recreating in InDesign, since I'm converting manually for now, I don't need Q2ID for now, since it's just a development magazine for testing styles and designs and PDF styles etc.): 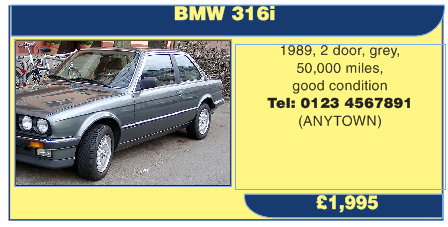 and this is the original image I based the design around: 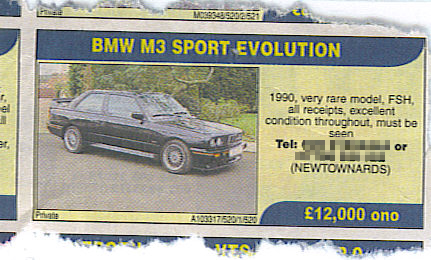 I created the shape in Quark ShapeMaker (part of Quark XPress 9), with these dimensions and it worked pretty well: 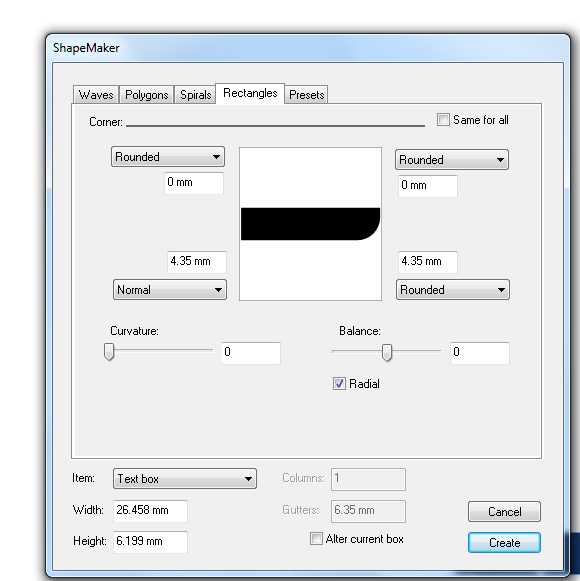 However, what I'm wondering is, how can I recreate this shape in InDesign. Although I can create the text box well (its dimensions are 32.5mm x 66mm in the Quark file, and I managed to replicate the same size box in InDesign), it's creating the shape which has the text "BMW 316i" and "£1,995" in which is proving more problematic.

I can create a rectangle with no problems in InDesign, but getting it to match the dimensions shown in the screenshot from Quark XPress is one thing.

I hope I've explained my problem well enough for you to understand - basically, it's small-scale converting manually (I use both pieces of software, I'm on version 9.2 of Quark XPress and using InDesign CS6).

It's simple in inDesign to create same effect: 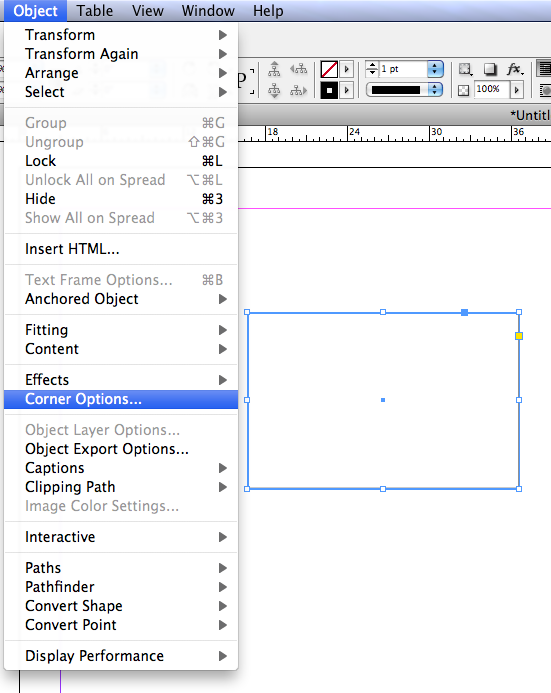 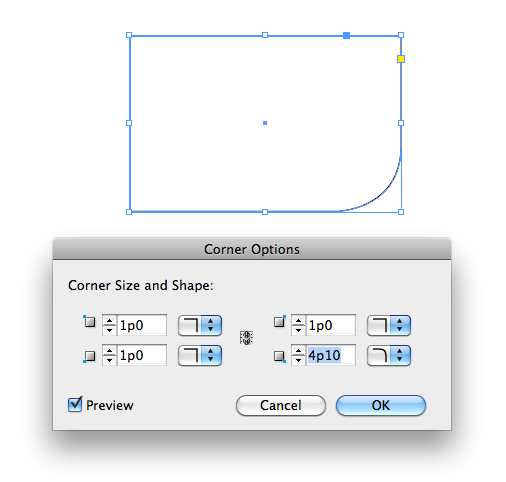 One of the non-obvious features of InDesign is that ANY path, open or closed, can be a text container. You can create whatever shape you need, click on it with the text tool and start typing (or paste in the text).

Conversely, any text frame is a path. When you draw out a text frame with the Type tool (Xpress users tend to draw a frame, then select the Text tool, which is not necessary in InDesign), you are creating a closed path. If you select a text frame with the Direct Selection tool (the "white arrow tool"), you can then add or delete points, change corner points to smooth beziers, etc., just as you'd do with any vector shape. You can do it with the text already in the frame, so you can see exactly how your actions are affecting line breaks, etc.

You also have Object > Corner Options, which might handle this relatively simple situation for you.

Once the text is inside the shape, use Ctl/Cmd-B to bring up the Text Frame Options dialog, and dial in your offset from the frame edge.

Not the answer you're looking for? Browse other questions tagged adobe-indesign shapes quarkxpress or ask your own question.

6
Convert Quark files to InDesign files
10
How to make millimeters the default measurement unit in Adobe InDesign?
1
In InDesign, how to get rid of the First Line Left Indent after a "mid-sentence" Frame Break?
1
I have an image of a gradient which i want to copy into a shape i've created in InDesign
0
Building tag structure when exporting to XML from InDesign
7
How to set keyboard shortcuts for paragraph/character styles in InDesign?
2
Centering Text Across Multiple Columns in Circular Design
2
How to set font weight in indesign character style
4
InDesign TOC character styles grabbed from body text
0
How to fit frame to content for text boxes in Photoshop similar to InDesign?