How would I go about creating a shadow similar to this?

I have about 75 images of watches and I'm looking to create an action to automate creating a shadow similar to this Rolex below. 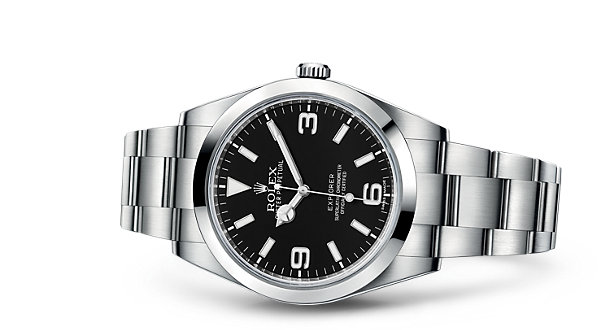 As you can see the shadow creates a 3D effect, making it look like its actually laying on a surface. It doesn't look like a standard Photoshop drop shadow. You can see on the Rolex website that this shadow exists on all their images, and remains consistent, although their watches consist of multiple shapes and sizes.

Here is another image with a smaller size: 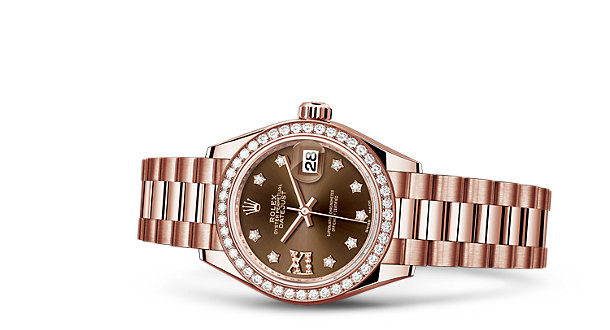 Is there a systematic approach to this?

Let me preface by saying I am an Illustrator before a Photoshopper, so there may be a better way to do this in Photoshop that I'm not privy to.

But Illustrator has a gradient mesh tool that might be good to use. Using the image of the object (watch) as a reference, make a dark shape where you want your shadow to be (black oval). With the shadow object selected, go up to Object > Create Gradient Mesh. Mess around with how many points to add depending on the complexity of your shadow shape. Then, use the Direct Selection tool to move the points to shape out the areas of highlights and shadow. You may also want to drop the opacity to make the shadow softer. It takes some practice, but once you have it down, you can use the gradient mesh to create some pretty convincing shadows.

Save the shadow only as a .png and bring it into Photoshop.

Since you want an action to do this, you first have to determine if the images are close enough in shape, size and orientation in the images. If not, I would go through and make them all similar - as close as possible. Otherwise you won't be able to use an action because all of the watches might be in different locations and each would require custom placement of the shadows. If this is possible, then the steps below will help hopefully help you create the shadows.

The answer above (using Illustrator) works well enough to create the shadows but if you wanted to do this only in Photoshop, then I would open the image in Photoshop and create a new layer. You would put this new layer above or behind the original image depending on whether the image has a transparent background or not. If it does have a transparent background (i.e. white is transparent) then I would put this new layer behind the watch. This layer will be what we put the shadow on. If the watch image includes the white background and is not transparent, then put the new layer above the watch layer. We will still be able to do what we need to but we'll have to prevent the shadow from overlapping the watch in a later step (see Overlapping Shadow step below).

CREATE SHADOW SHAPES - Setup is now complete. Concept here is to create the shape of the shadow either by using freehand brushing with brushes or by making the shadow shape with paths.

BLUR THE SHAPES - Once you have a solid shadow, I would apply a Filter / Blur / Gaussian Blur. I would set the blur amount to make it work well and match your reference images.

ADJUST LAYER OPACITY - Now adjust the layer's opacity so that it approaches the opacity of the shadow in your samples.

SHADOW SHAPE DETAILS - If you look closely, you'll see that there are variations in opacity and blurriness in the samples' shadows. You would create these variations by adding 2 or 3 more shadow shapes - not as large as the single shadow shape. For example, I would make an additional shape right where the large part of the watch face meets the ground plane - it would be pretty much an oval. I would add a Gaussian blur to that shape as well and adjust all the layers' opacities to make them look good.

SHADOW FALLOFF - Lastly, there is a variation of the shadow opacity as it moves away from us. I would then put all of the shadows into a group, then create a new mask on that layer. I would apply a linear gradient that would make the top or back of the shadow fall off to transparent by making the gradient ramp start off with white on the bottom and black to the top. You may have to experiment with that gradient to get what you want.

OVERLAPPING SHADOW - Now if your shadows are above the watch face, you need to make your shadows not appear over the watch itself. So put all your shadow layers into another layer group or folder. Click on the layer that your watch is on and use selection tools and / or the select menu to select and detail your selection of only the background. Now that your selection is set, click on your folder that contains all of the shadows and click the "Add Layer Mask" button in your layers panel (or with the menu select Layer / Layer Mask / Hide Selection). The selection will become a mask for that folder of shadow layers. If the shadows only appear over the watch, then you need to invert the mask. Make sure you click on the mask (you'll see the mask have a border around the mask in the layers panel) then using the keyboard, press ctrl+i (or with the menu select Image / Adjustments / Invert).

Make it final with other fine adjustments as necessary.

CREATING AN ACTION - If you want to make an action for applying this effect to your other images, then you'll have to see if you can at least get the watches in the same place in the canvas. I don't think this can be done with a recording. It probably has to be done by hand. Once you get them in the same place and the images are the same size, then you can create a recording of your actions of placing the shadows within the other watch images - probably by dragging the folder of shadows from your master file to your new file. If they're lined up right, the shadow will appear correctly placed. If not, you may have to do some individual work.

Sorry, but I'm not sure of any other way to make it more automated than that. At least you only have 75 images. ;-)

6
How to design a websites using thin fonts that will look good in a web browser?
2
Creating realistic shadow of an irregular object
2
Replace artwork while retaining (extract) the reflection, specular highlights and texture of a metal surface
1
Automating the export of layer combinations to a range of JPG files sizes (Photoshop)
1
Shadow inconsistent in Material Design Guide
2
Drop shadow in Photoshop based on image size
1
creating shadow effect