I think the biggest problem I'm having when using a mock-up template is realistically inserting my product photo into a stock image because it is a glass bottle with clear liquid. Can you guys share any tips on preparing the product photo? Do people normally take several product photos at different angles and focal lengths for different applications?

I'm looking to compare our e-liquid flavors to an actual product to visually describe the flavor. I'm having a hard time keeping my image from looking like a paper cutout. 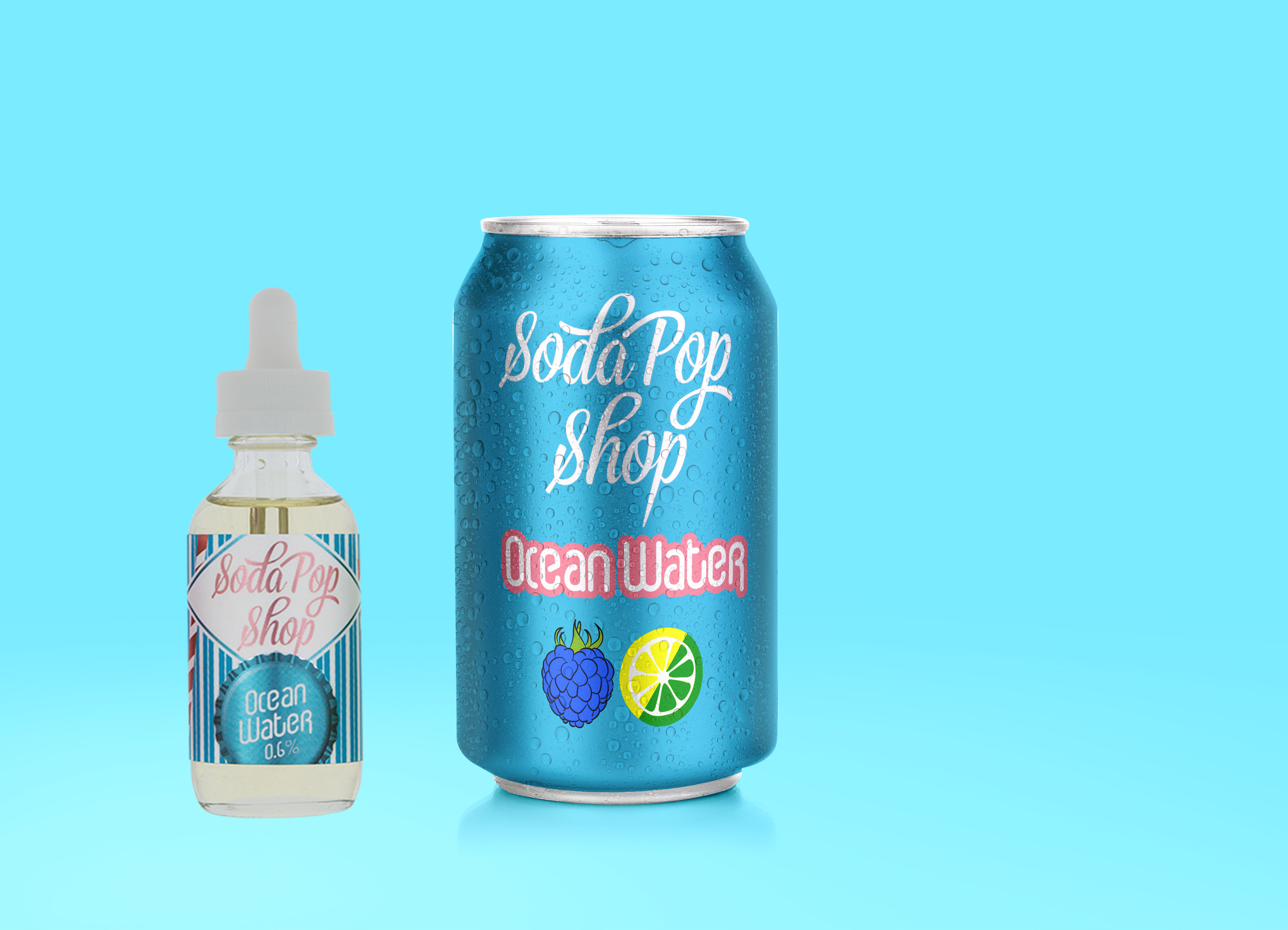 Another instance I'm having issues is taking a stock photo and inserting my product photo into it and making it look like it was there when the photo was taken. Any tips on doing this? 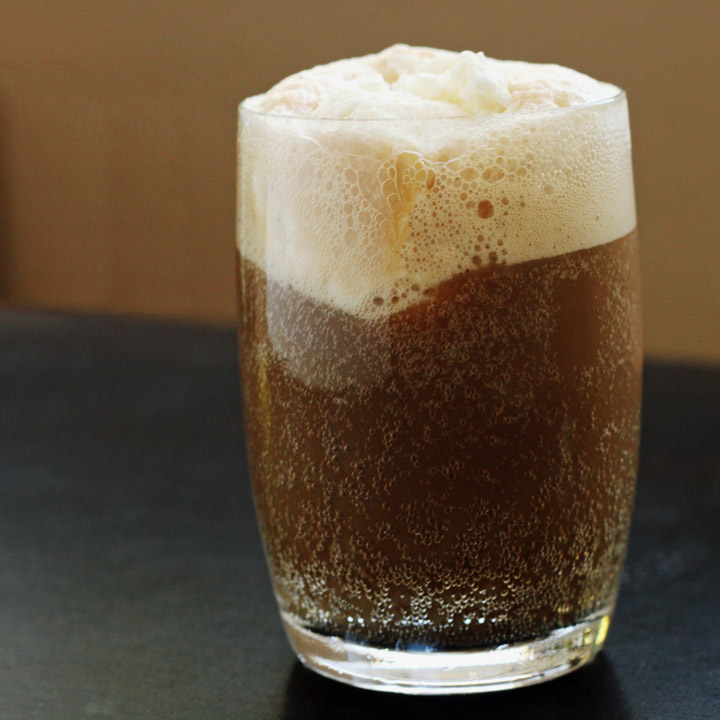 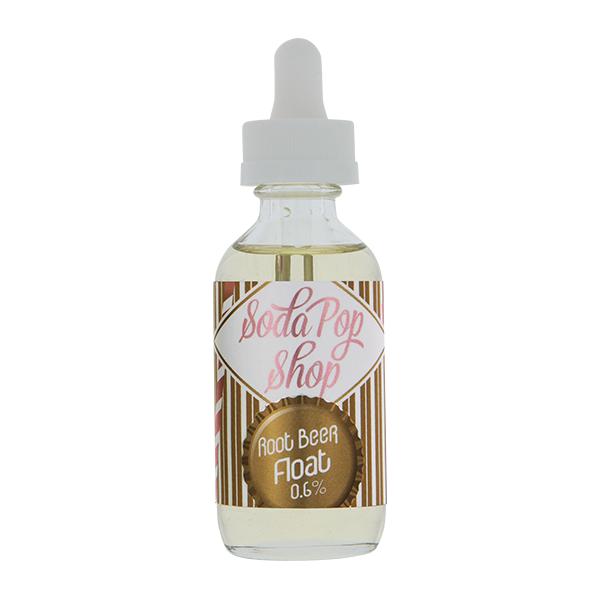 To realistically place the Soda Pop Shop dropper into your scene you should replicate the reflection effect of the can. 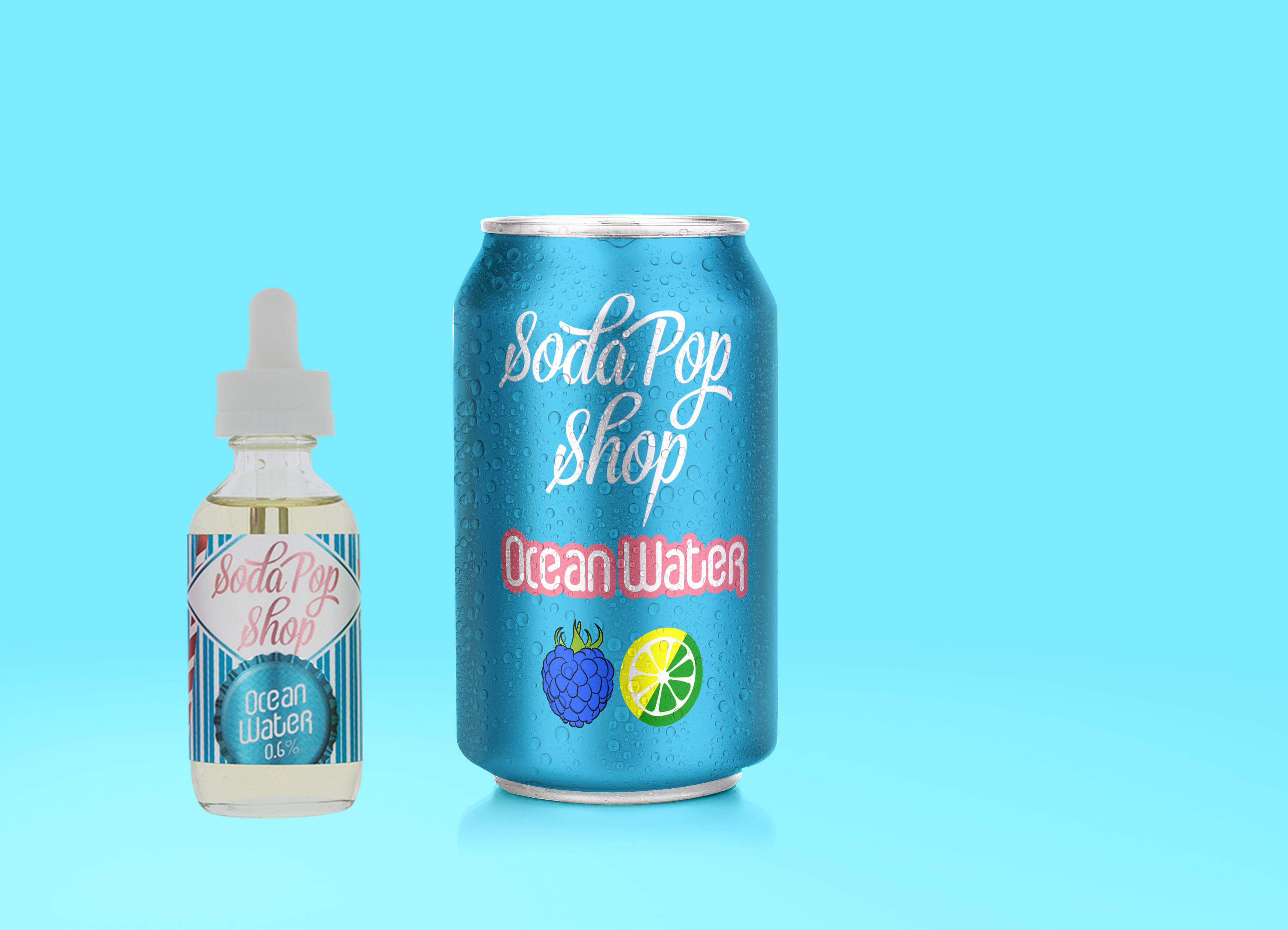 Using the Magic Wand Tool select the background and the can. 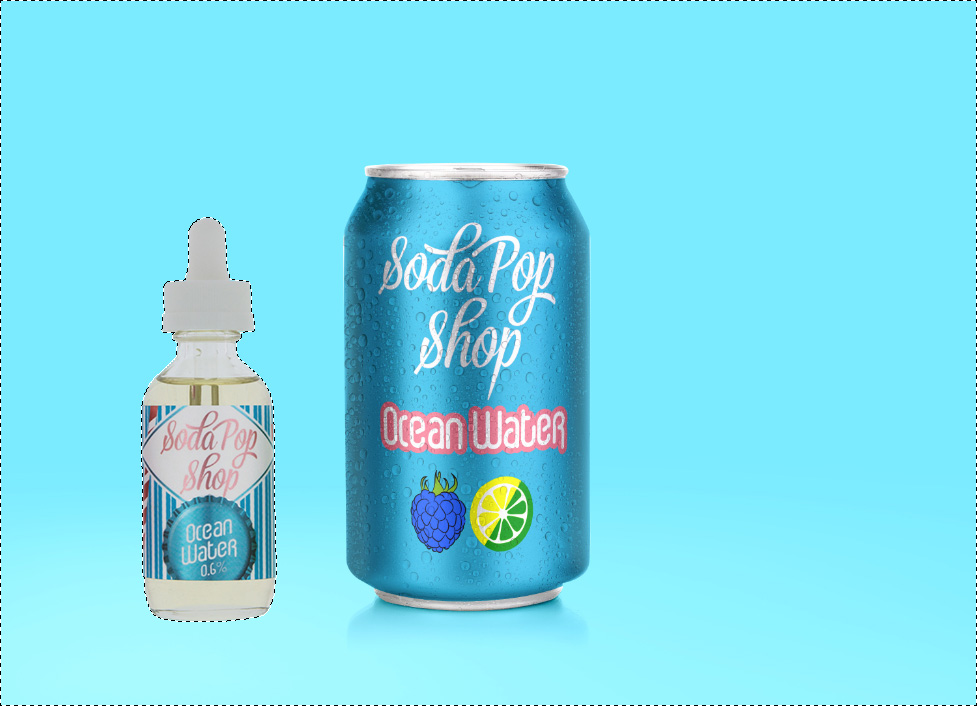 Invert your selection and paste in place twice to get two copies of the dropper bottle. 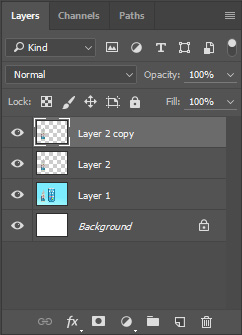 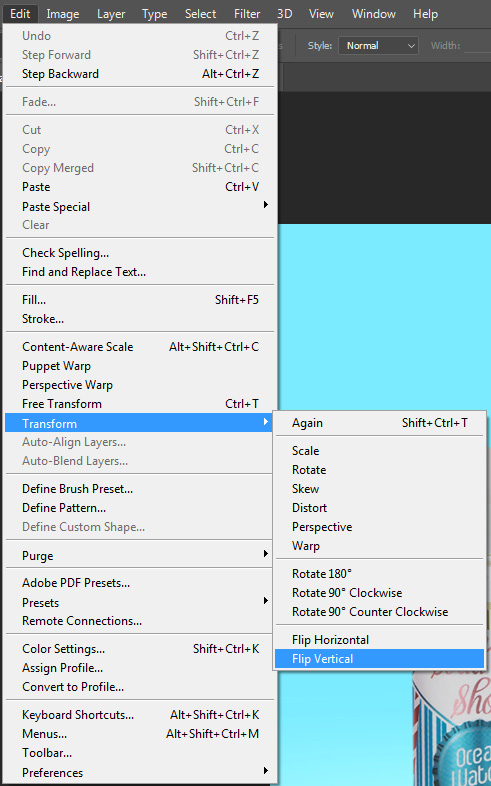 Move the top of the flipped layer to the base of the original dropper. 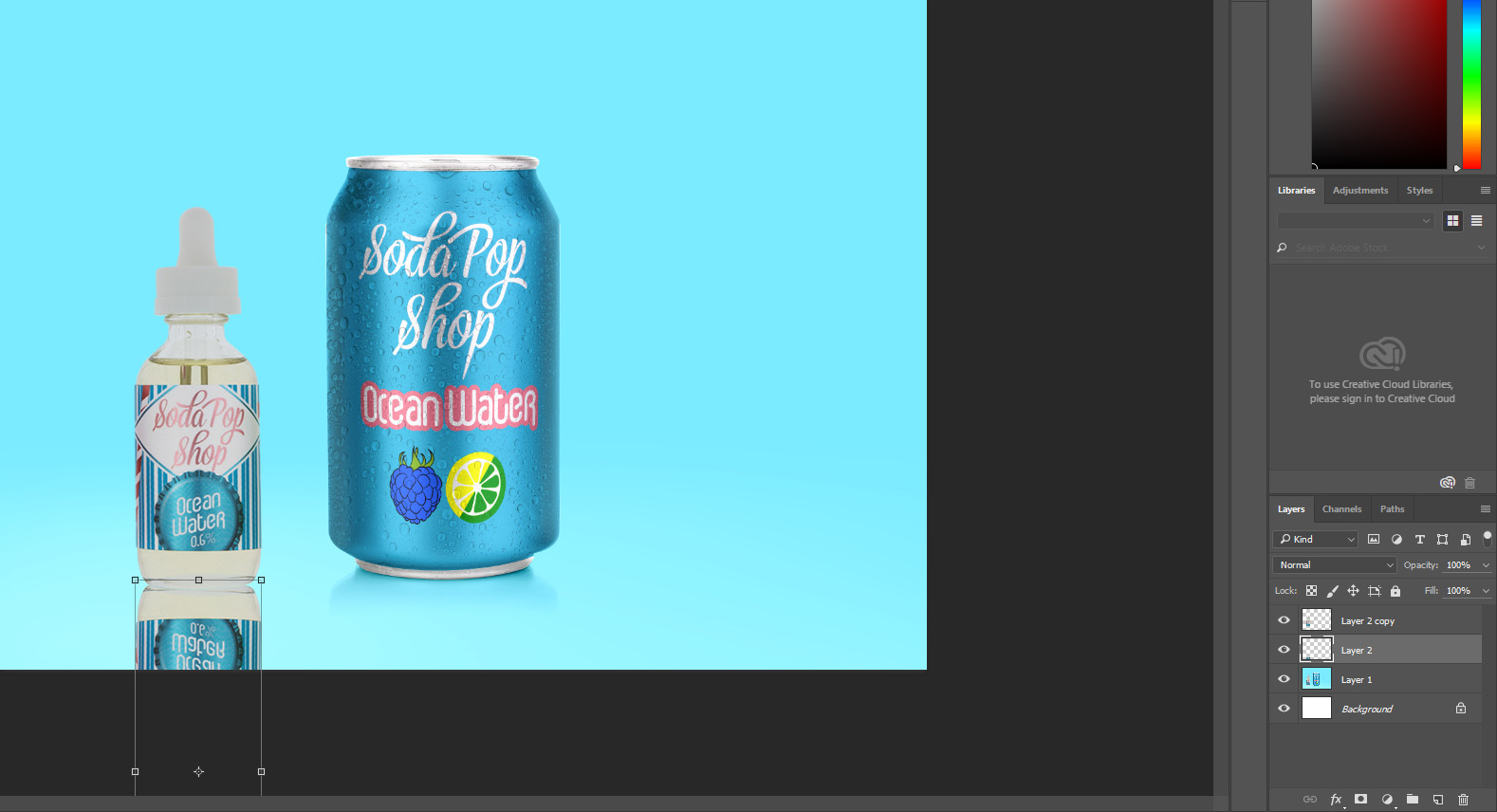 Add a mask layer to your selection and using the brush tool with your hardness set to 0 hide everything besides the reflected base. 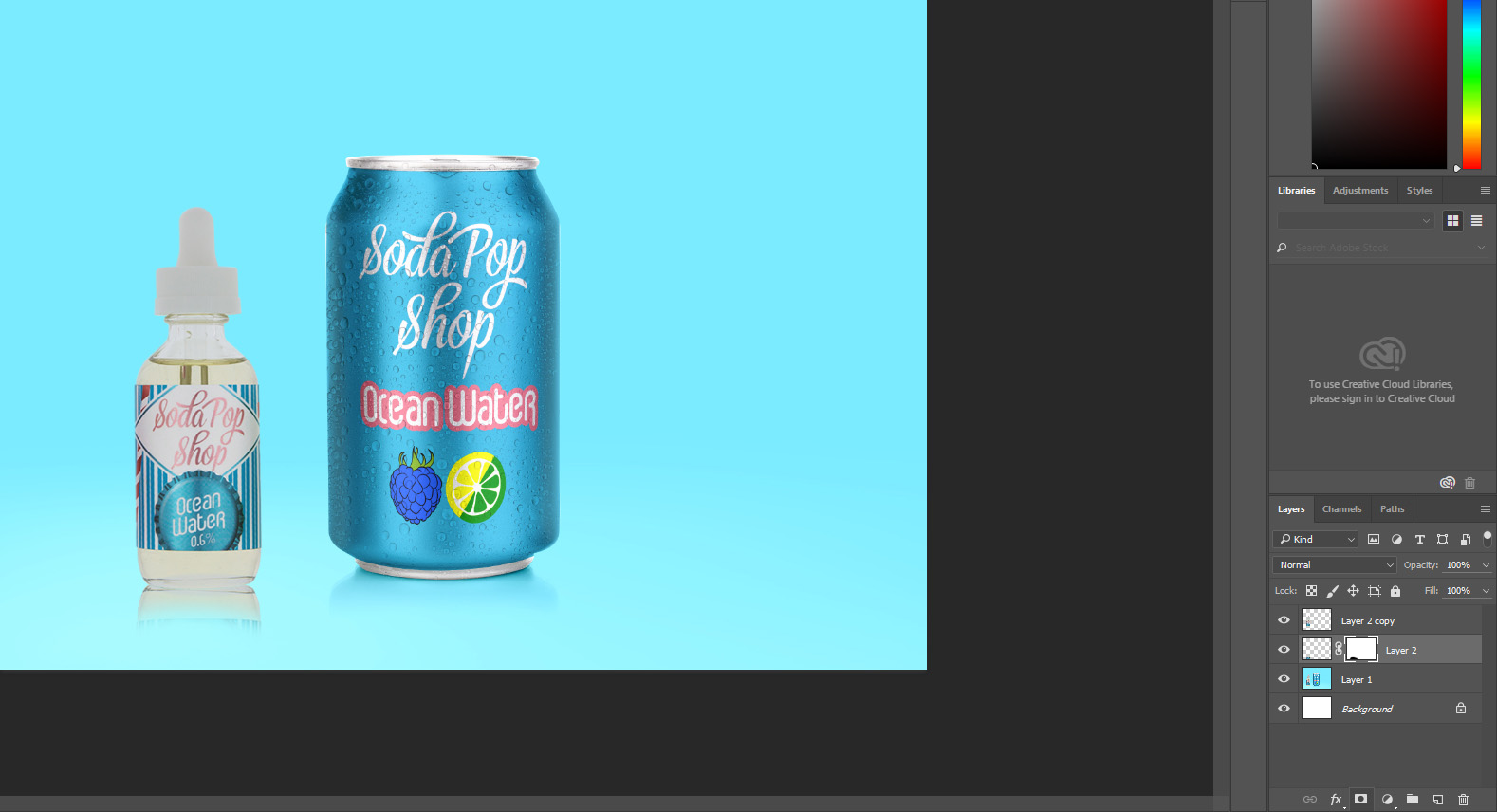 Lower the opacity to match that of the can. 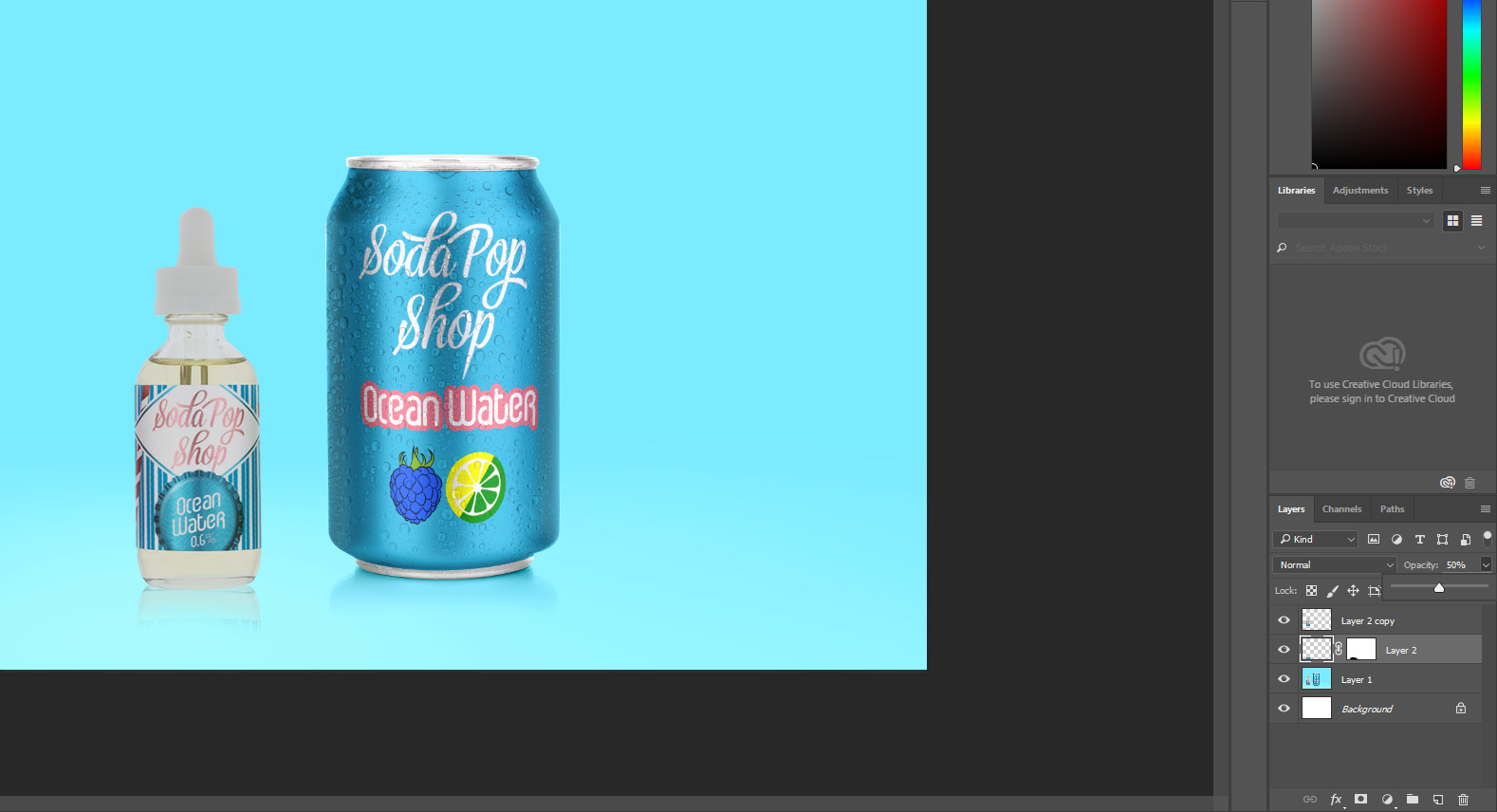 Optionally adjust the levels on the dropper to match the highlights and shadows of the can. 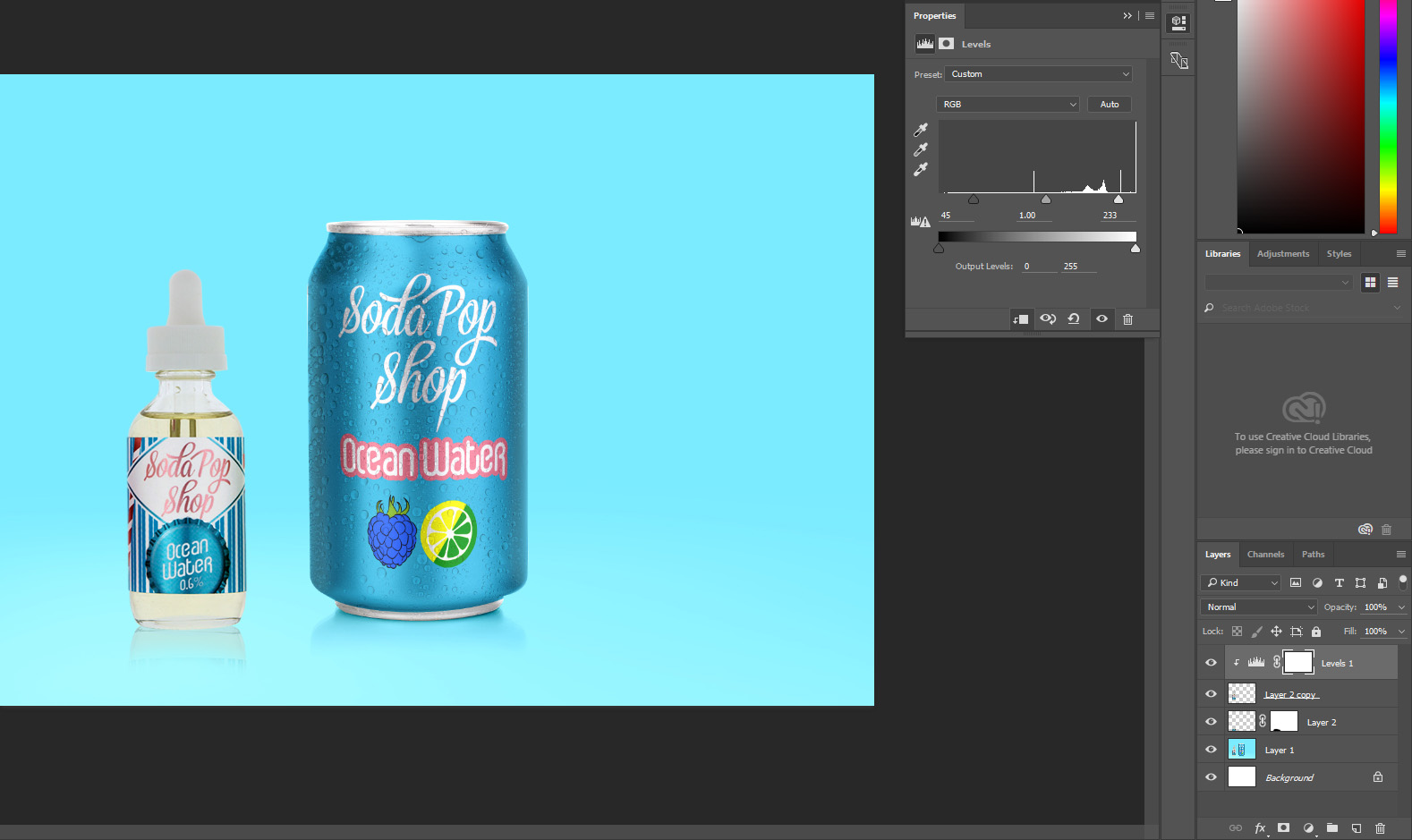 This will be the final result: 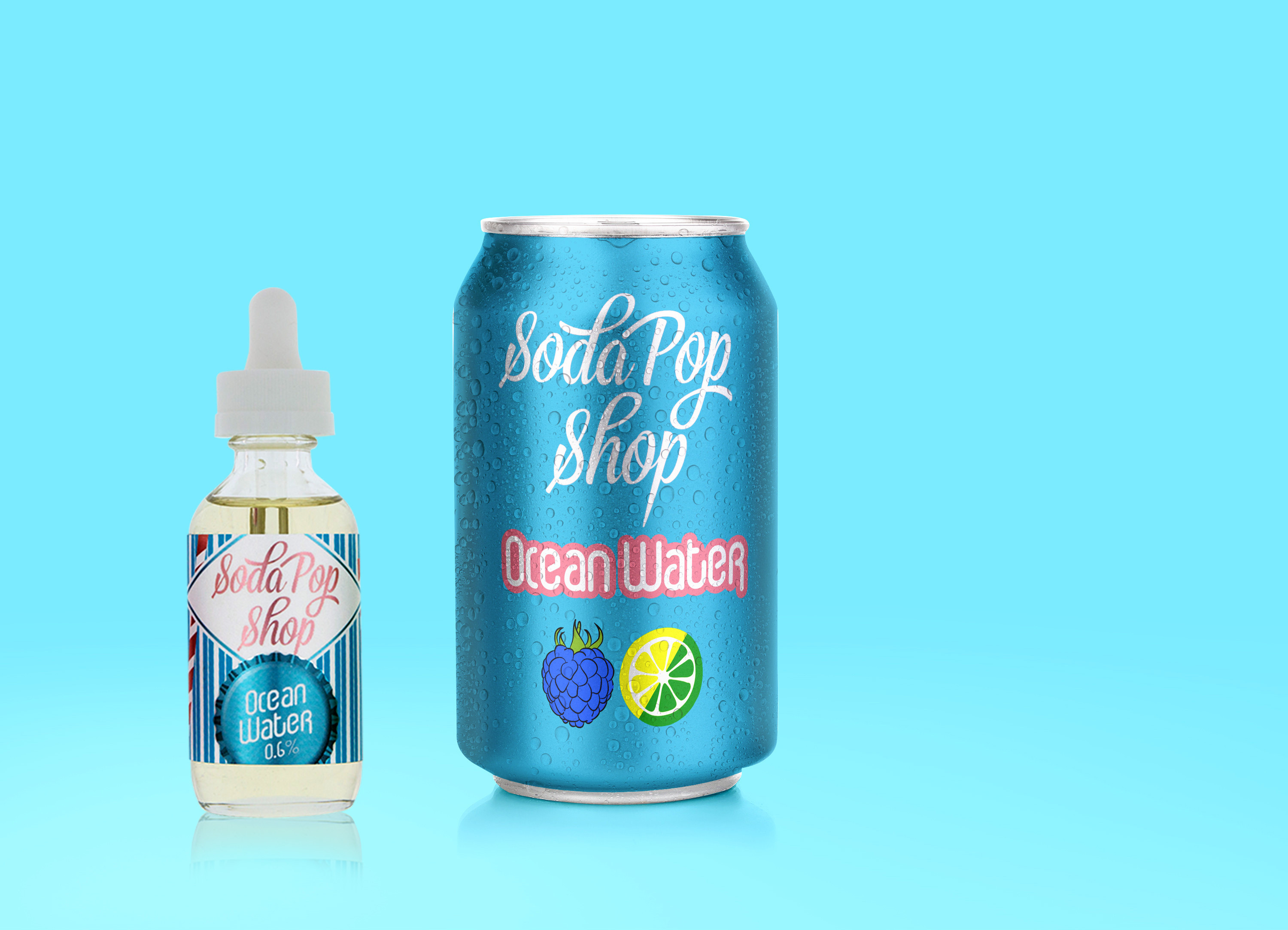 Once you've gone to the effort [or even before] of generating a nice drop-shadow, you could have a quick go at trying to match the perspective...

The can image was taken from far closer, with a shorter lens than the bottle.
The 'best' way to fix it would have been at the photography stage [& many other issues with the lighting, not least the mismatch, but also the glare on the metallics could have been handled a lot better]

As this is no longer an option, then you can try to fake it with liquify.
See how much curve the bottom of the can has, compared to the bottle. This is a direct result of the distance discrepancy.

In Filter/Liquify you can attempt to match the two curves...
This was literally one minute's quick attempt. You could do far better with the original source files & some less clumsy manipulation. 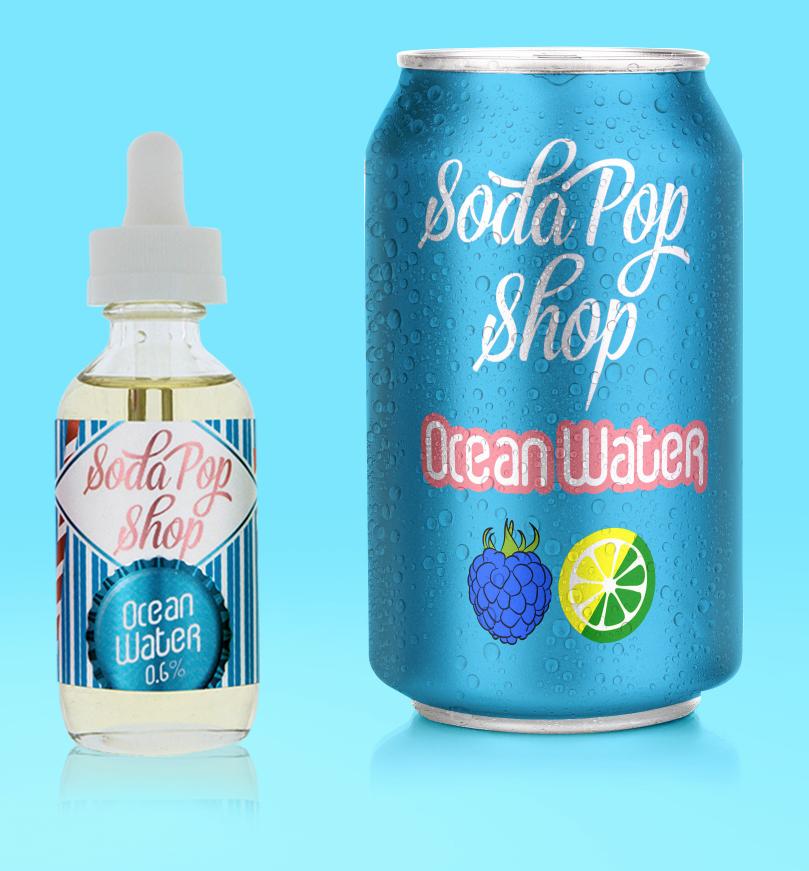 Colour profile mismatch my fault, but I threw out the working file before I realised.

Not the answer you're looking for? Browse other questions tagged adobe-photoshop adobe-illustrator mockup or ask your own question.

8
How to mockup a logo in a realistic environment?