While having done a lot of research and having a relative grasp on resolution and pixels, I am still very confused on the approach to take for downsampling my document.

Basically I have a client who wants a piece of art for the web at 1400px x 780px but they would also like to be able to print it. Unfortunately they did not specify a print size, so to cover my bases, I went with an A2 size, figuring I was better to have it too big than too small.

I'm half way through it and I'm starting to wonder if I have made the right decision. It's occurred to me, that buy starting so large - the final degradation when downsampling to 1400px is going to make it look horrible. So my question is - when you have a final destination of say 1400px by 780px - would it be fair to say that the larger the starting image, the worse the final look? And is the difference much? If I had started at say a A3 at 300ppi, would my final image have looked better, even though the starting image was of a lower resolution because it had less pixels to discard?

My next question is, would I be better to down sample the document now and keep working on it at a slightly lower image size or is the degradtion not going to be bad enough to bother (though it is painfully slow to work on).

I took the original, and with downsampling unchecked, I switched the resolution to 300 to give me a better idea of actual print size, which left me with the same px dimensions but gave me a document size of approx 84cm wide and 94 cm high.

I then checked the resample box and changed the image width to 65cm at 300ppi (slightly larger width then an a2) which gave me a new px width of 7677px by 8657. It's not a huge saving, but I thought it might help?

Have a done this correctly?

I'm sorry for the long explanation, but the digital painting is due on Monday and I'm unsure wether to proceed at the new size or old size. I'd hate to spend all this time on a large complicated, intricate picture just to have it look rubbish at the end. I'm about to put all the little details on so now might be a good time to change.

Some thoughts about this. A bit late but it is important for future consultations. 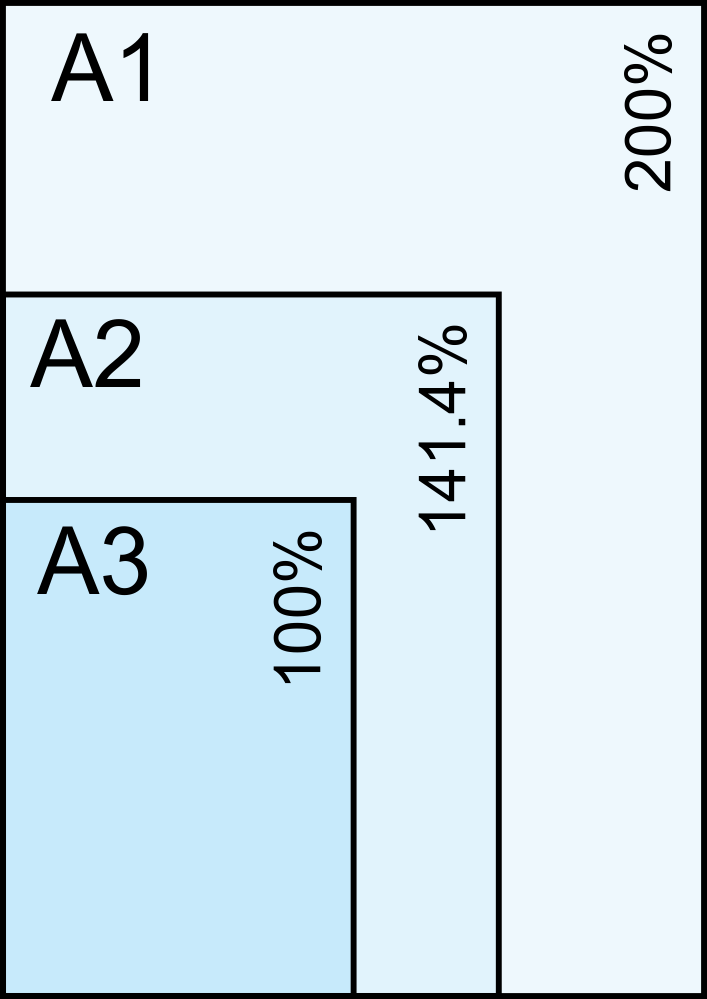 But an additional point is that as you print bigger the need for small detail decreases.

I have a rule of thumb that a file of 6000px on its longer side is enough (in most cases) to print any size.

In this case, an A3 image is good enough to print at A2 at 212ppi or A1 at 150ppi on coated paper. As long as your texts remain in vector format. There are some technical details here that I will not go in deep.

To downsample it for the web try to use the bicubic-sharper interpolation method.

You calculated you resolution well and yes, pixel change is normal and makes sense.

If I understand well, you are only scanning at 600ppi to get that image at double its original size?

That's not a big deal even if your printer has cheap scanners (I'm just saying "if" because he might have excellent scanners as well!).

It shouldn't be too visible on the web JPG and your resolution should be more than enough for the large size print (they don't always print at 300ppi... sometimes it's less).

Regarding the distortion, there will be some very minor distortions happening all the way from scanning to printing. You'll be comparing a printed picture or artwork you can appreciate with your eyes and it will be "downgraded" to become digital. That's why you need a certain degree of tolerance about this and you might need to explain this to your client as well if he starts looking at your scanned images at 800%!

Look at the images at 100% of their size, at the resolution they'll be used. If you're happy with it, it should look alright in the final too (considering it's a digital copy of a real artwork). For print, you can try to print only a small part of the image on your deskjet. That should give you some realistic results of what to expect on a large size print.

Also, I know it takes longer but it's good to work on the highest resolution file if you need to do some touch-ups or calibrate the colors. Otherwise you'll need to do the same operations twice (once on the web image, once on the print one) and it's not always easy to fully replicate!

In your case, scanning bigger than what you need is still ok. But let's say you'd need an image scanned at +1200ppi, I would recommend to make sure your printer really has the right equipment for this. If not, then to limit yourself to what you really need or even get 2 sets of scans. There's a major visible difference between a high quality office scanner (what a lot of printers & designers consider "commercial" but isn't) and a real commercial scanner. They're quite expensive so you'll usually find those scanners at real 4-6+ colors offset printers or fine art digital specialists.

Not the answer you're looking for? Browse other questions tagged adobe-photoshop resolution pixel ppi or ask your own question.

12
How would you print extremely small words (microprinting)
1
Photoshop - How to reduce the file size in KB by reducing resolution
2
Print resolution standards - has anything changed?
2
How do I put an image into Illustartor document at its actual size?
0
What is the resolution of two horizontally joined pictures?
14
Are pixels in Photoshop logical or physical?
1
Image downsampling issue
1
Resize large image to smaller size