Why are the colors of certain PNG files getting distorted when opened in Illustrator?

I was trying to open an iPhone screenshot in Illustrator, but for some reason the colors are distorted. If I open the same file in any other application (Photoshop, GIMP, Preview, etc.) the colors are rendered fine. The curious thing is that this only occurs with certain screenshots, as I tested a screenshot of the home screen as well, which Illustrator opened without distorting the colors.

Though, with GIMP, a dialog does pop up stating:

The image 'IMG_1199.PNG' has and embedded color profile:

Convert the image to the RGB working space (sRGB built-in)?

With the option to either keep or convert the color profile; which makes me think Illustrator may not recognize the aforementioned color profile.

Here is the original image directly from the phone [left] and the image opened (then saved) from Illustrator [right]: 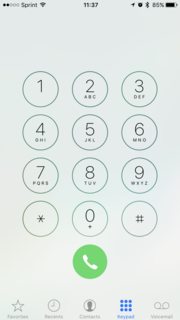 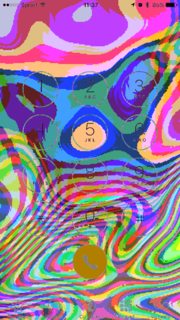 This seems like it may be a bug in Illustrator, so I have submitted a bug report to Adobe. I will update if the report is conclusive, or if Adobe provides a solution.

What probably happens: The screenshot is a 16-bit png, but illustrator reads it as an 8-bit png, using only the 8 lower (!) bits.

For the following explanation we assume that the screenshot is a 16-bit grayscale image, that is every pixel is a number between

After the import, illustrator will scale the interpretation (which number is white, which is black) according to the new maximum number:

How can we be sure that the described problem is our problem? We simulate the bug!

The following python program loads the 16-bit screenshot as described above.
(Please don't judge me, it's my very first python program.) 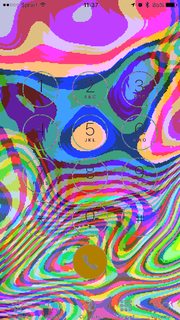 the result bug.png
Click here for original size, and here to compare with OP's version.

As we can see, our simulation yields exactly the same result.

I only can think of one workaround (since I do not use illustrator):

Convert your screenshots to 8-bit pngs

GraphicsMagick and/or ImageMagick are console tools which are convinient for this job. The following command converts to 8-bit pngs:

This is WAY late, but a simple workaround (for Mac users) is to open the PNG in Preview, then Export it as a PNG switching the default 16-bit option to the 8-bit option. It doesn't require any additional software, and only takes a few seconds.

Now that is some funky issue.

GIMP already give us some clue, confirming the suspicion that it is something with the color profile of the screenshot. Converting it your everyday sRGB and 8bit per channel may avoid Illustrator to mess things up on trying to pull it as CMYK.

converting the image to .pdf helped resolve this for me on a mac

Not the answer you're looking for? Browse other questions tagged adobe-illustrator color png color-profile or ask your own question.

11
In Illustrator CS5, why are my colors dull when I export to png?
2
Illustrator PNG w/ transparency Export - White Outline in Web when not 100%?
0
JPG image colors change when opened on Illustrator/Photoshop
0
Why do my Illustrator linked files look desaturated on Photoshop?
2
Krita Color Management Settings
1
How to make a screenshot from Corel 2017, without converting through my monitor color profile?
0
Working in CMYK mode but the colors turn out different when saving the file?
0
Why does Adobe Illustrator change my web colors?