I am preparing illustrations for a scientific publication. As a direct result of calculations I obtain figures (raster format) as depicted in the first row below. Now journals are full of these kind of plots, which to my opinion do not convey much information and not actually deserve to be depicted in color. Therefore I decided to stylize these images in AI by tracing them in 3 colors (second row). 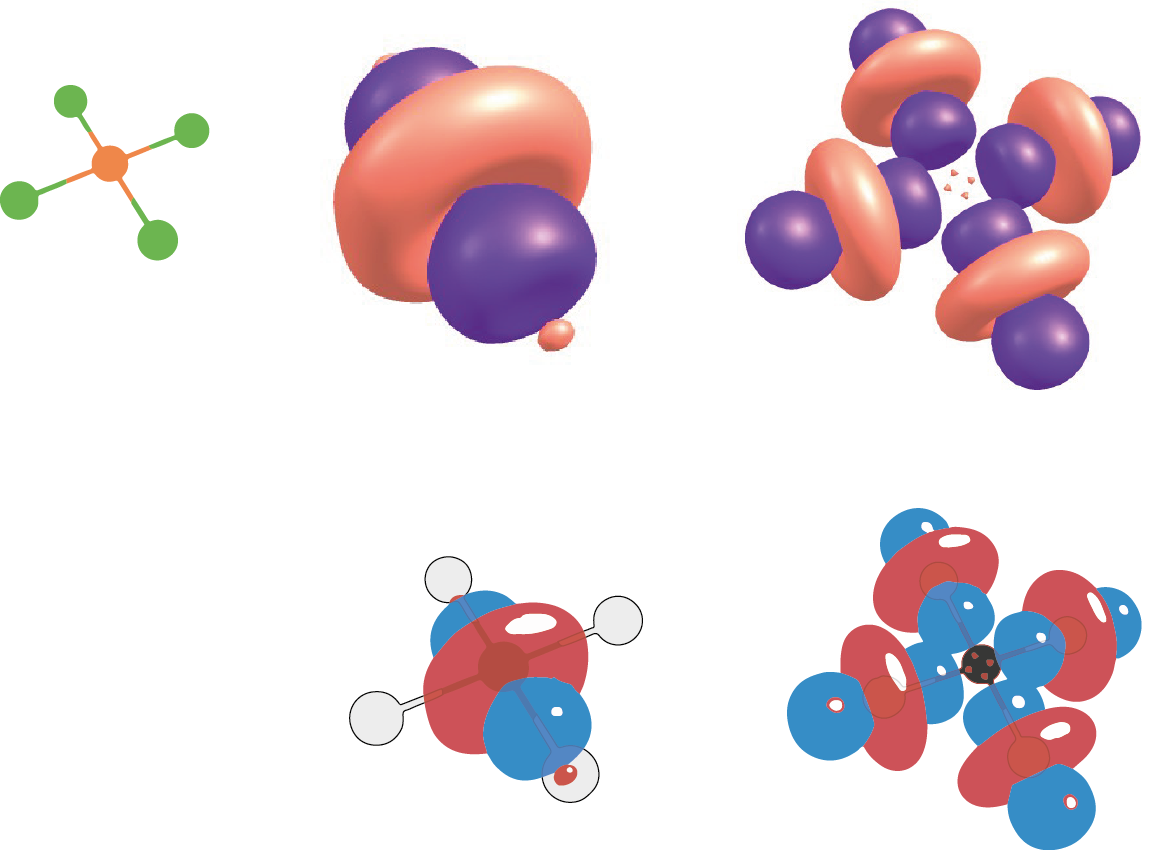 It is quite common in this field, however, to make even more stylised plots as shown below

While I probably can draw diagrams like that in AI directly, I would like to base them on the realistic data (Fig.1). Therefore my question: How can I stylize the diagrams on Fig.1 (second row) even more, in order to create a recognisable picture with minimum of elements and colours?

In response to some comments. I did try to trace to contours, etc.

However, it is a lot of manual work and it is just repeating someone's style...

What I meant was this:

starting from the vector image in Illustrator. (For this, I rebuilt it very quickly.)

I created swatches for your two colors, but you can use pantone colors if you wish. With an object selected, click and drag the color from the box at the top left corner into the swatches palette. 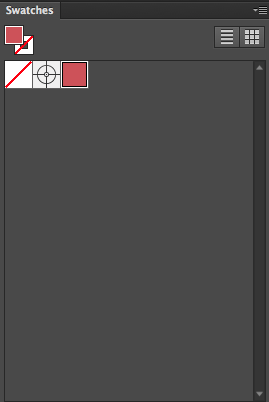 I next converted the swatches to Spot Colors: double-click the swatch in the palette, and change Color type to Spot Color, and I usually change color mode to CMYK. 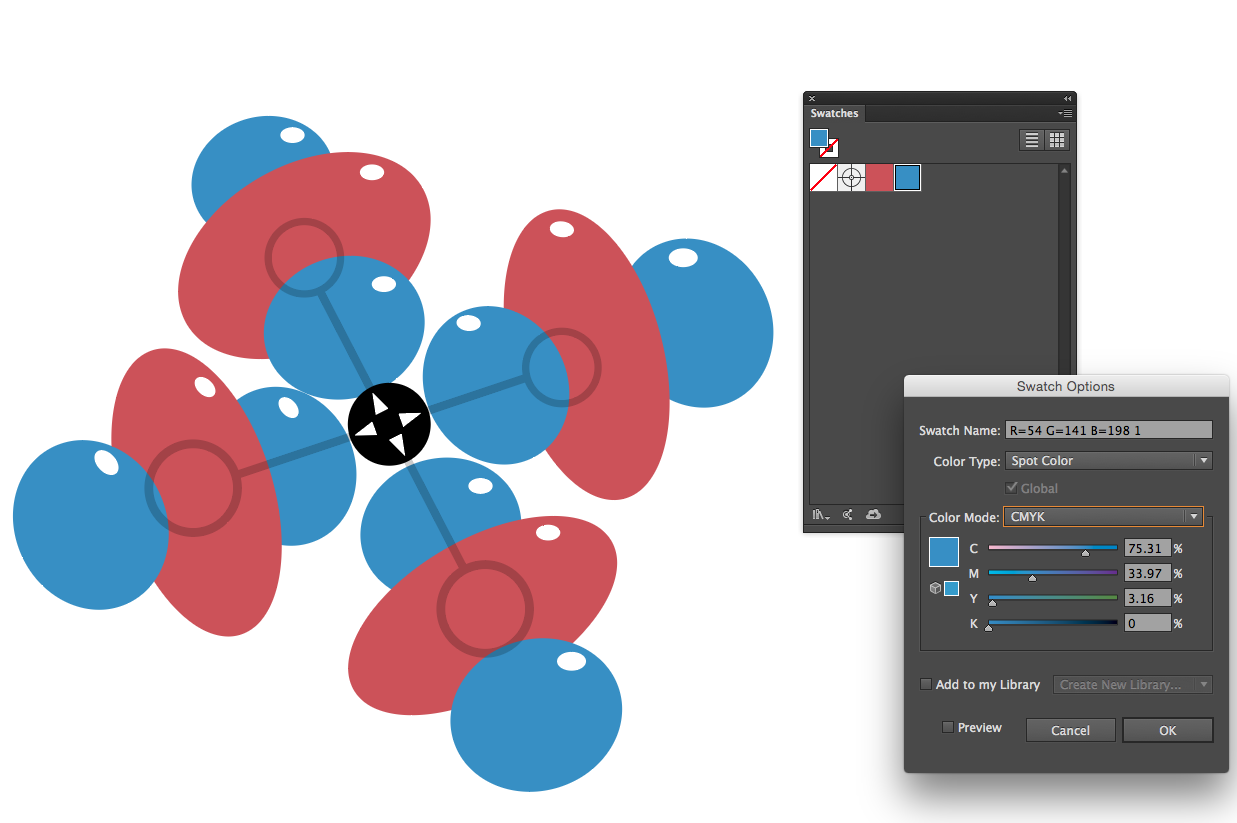 You can see it worked if your swatches now have a little black dot on the corner. 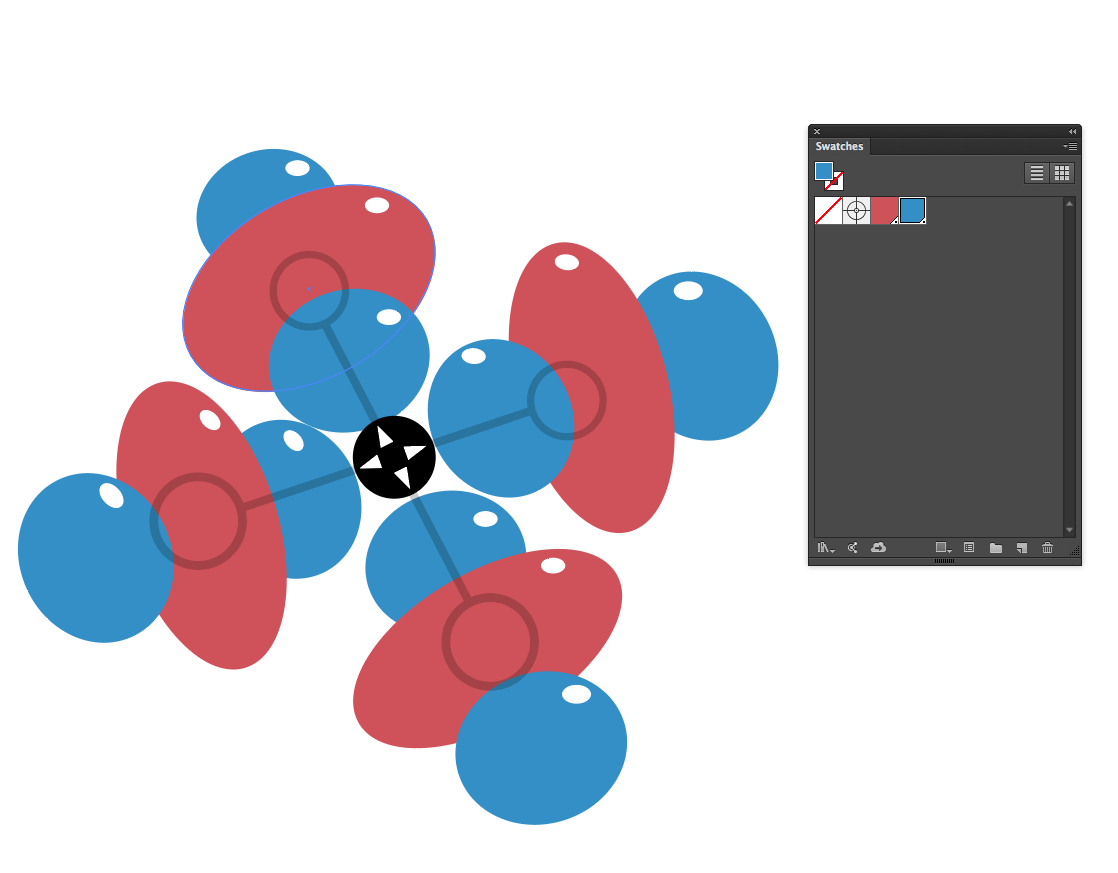 Then, depending on which items you want to change, I selected the two opposite branches and changed the spot color tint to 50%. 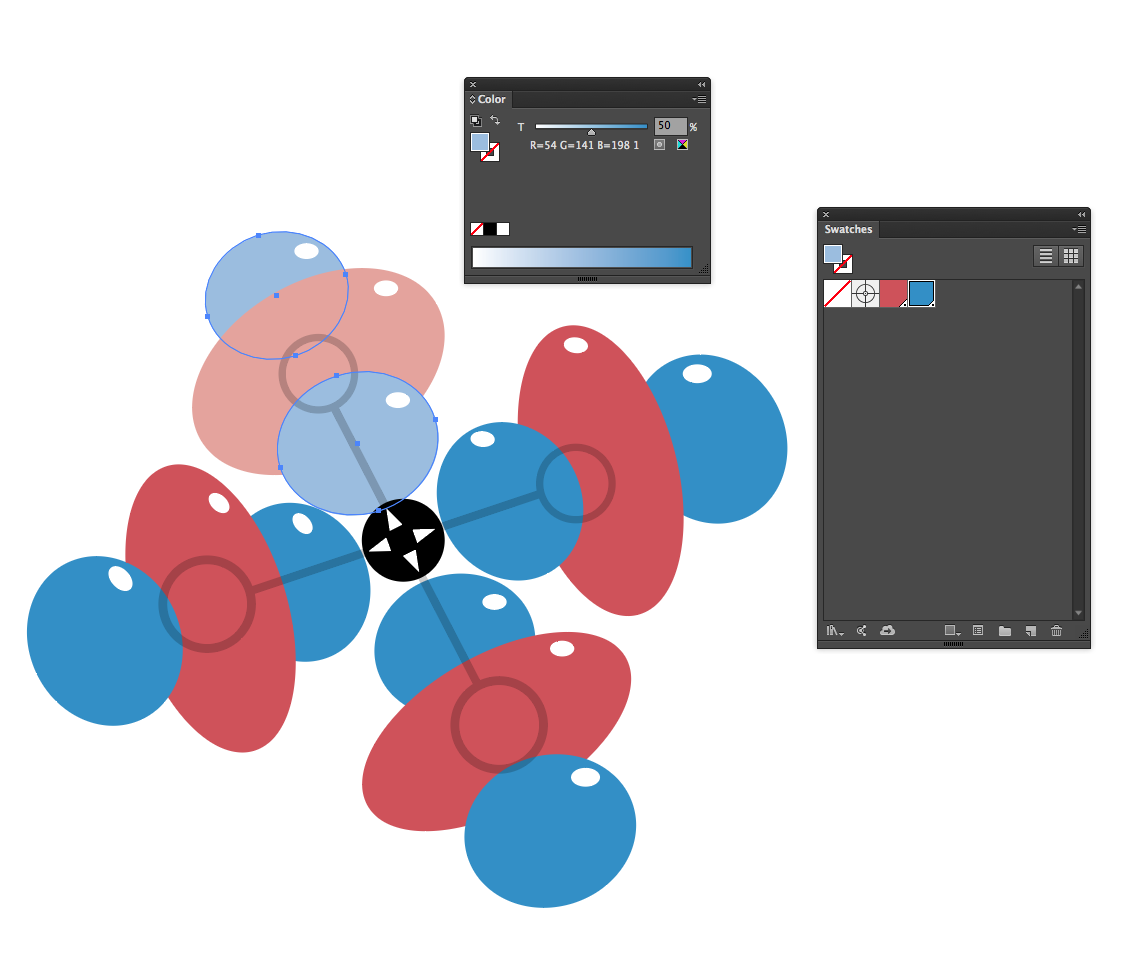 This is not a transparency, so remember that it will knock out background colors and images, like below. 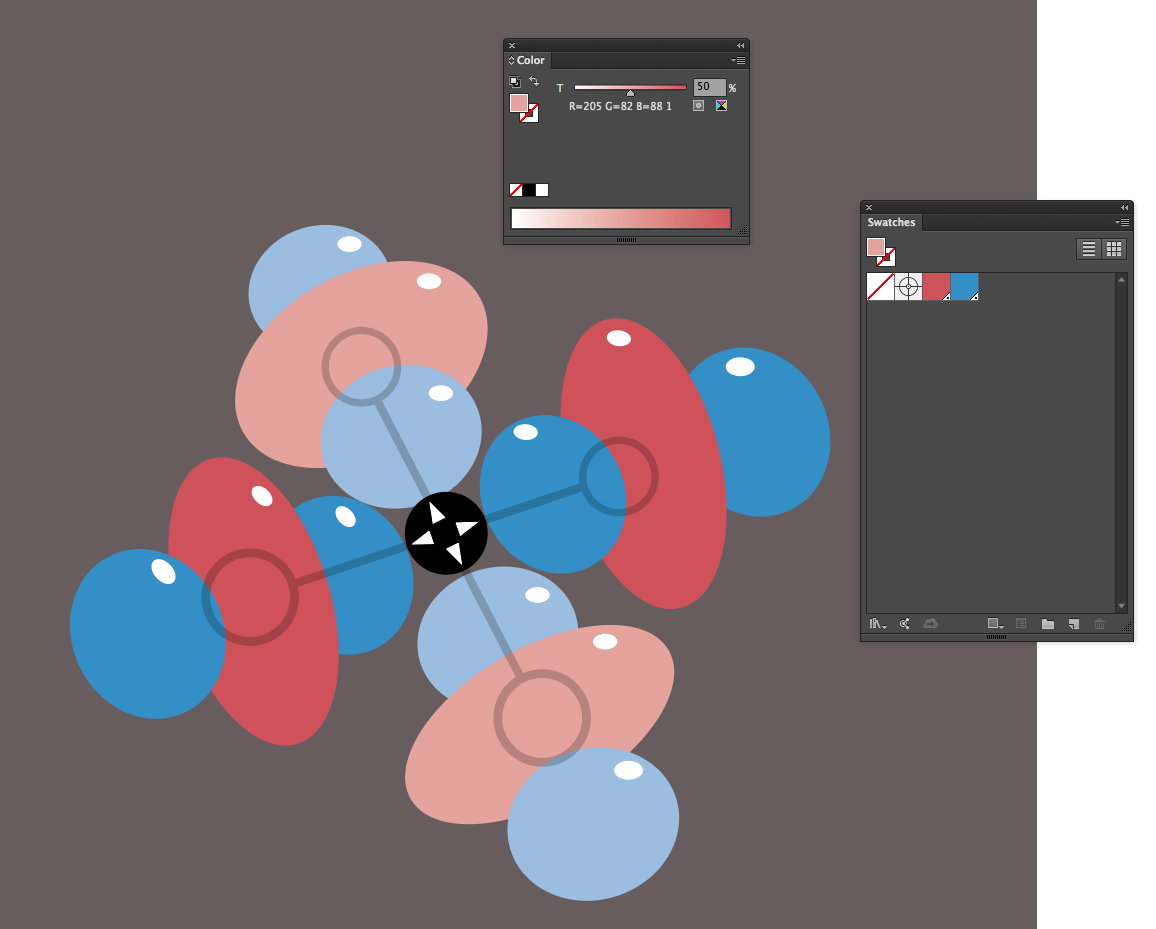 Not the answer you're looking for? Browse other questions tagged adobe-illustrator sketching or ask your own question.