How can I match face tone in this picture. I tried Match Color and playing with Curves and Hue/Sat layers. Also this Youtube tutorial makes it look so easy but it didn't work for me at all. 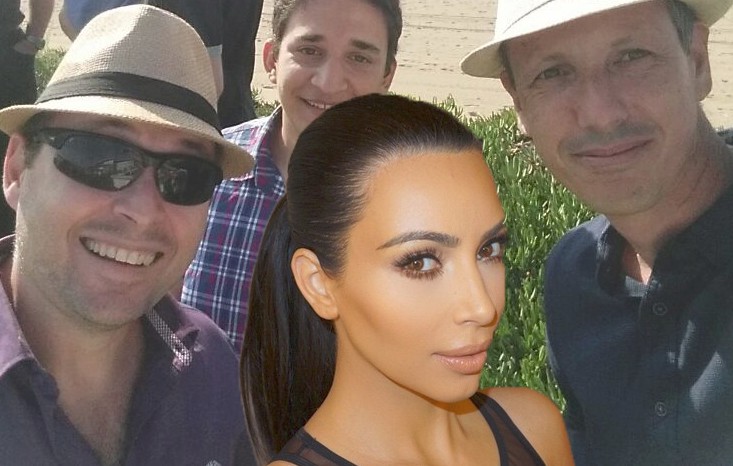 Assuming "zero edits and adjustments to the group of three boys". If the group were not untouchable, then I would start by inserting a light against their faces. There is plenty of room to increase the exposure.

Look at the end of this answer. I Added an alternative result where the exposure of the base image was fixed as soon as the newcomer was separated,

But let's keep the boys "as is". The skin color in this case is not matchable with the northern tone of the boys. But the saturation, contrast and brightness are matchable.

A little is also possible to do for the light. The direction of the sunlight is the most important.

Then there are some social qualities that must be in balance to make the newcomer to blend well into the group.For example a skirt of the same style would have been useful. I added only the "in Photoshop" things and this is the result: 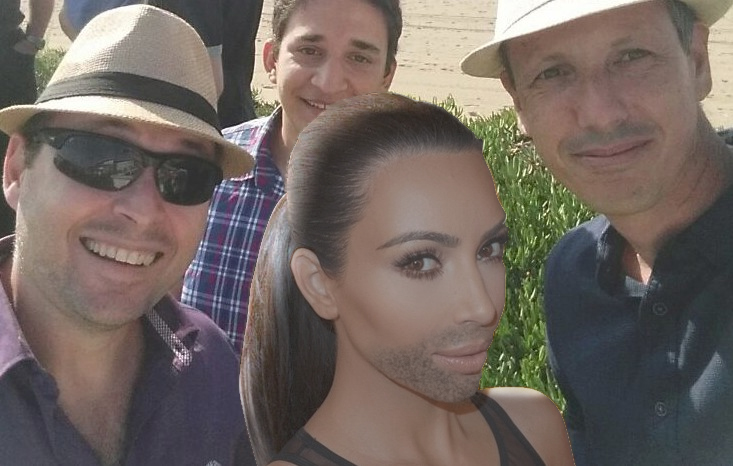 If you do not consider the social balance essential, you're ready.

The beard is drawn onto a new top layer that has blending mode hard light.Keep the selection on when adding the beard. Let it cover the mouth. It's easiest to erase the extras.

The beard was first solid black that was thinned by a big eraser with opacity 50%. Then the grain was added, blurred added again coarser grain, finally wiped the extras off by the eraser and reduced layer's opacity.

Reduce newcomer's sharpness to the same than the sharpness of the boys by adding a slight Gaussian blur. Have a high zoom for proper adjustment.Ready.

ADDENDUM: Original group with more light. Warning This lifts up the possible inaccuracy of the separation of the newcomer. A plenty of careful cloning was needed also in the dark side. NOTE: this would not be an issue if you start with already separate newcomer. 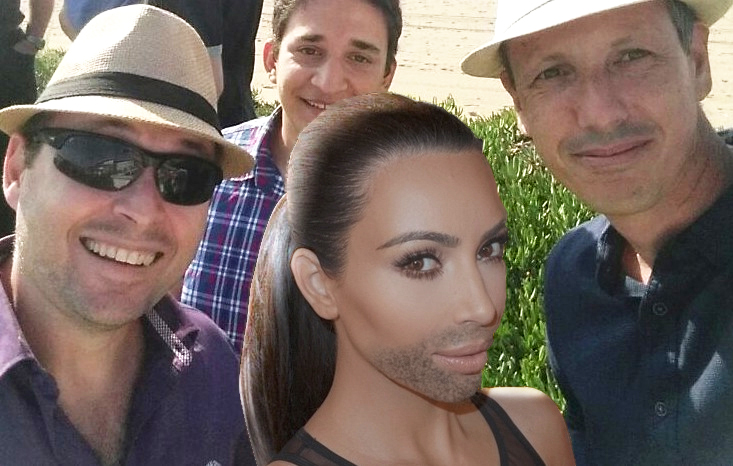 Actually the question didn't declare whose face should be kept "as is". If the base image can be modified, then one should consider some subtle skintone enhacements to the faces of the boys, too. That is possibly more hard to detect than radical changes to newcomer's face. An example: 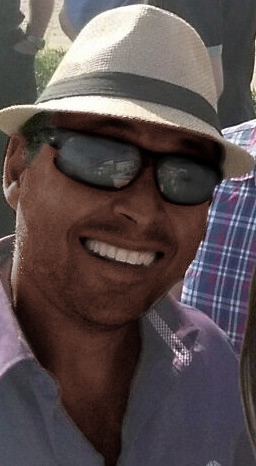 It's to difficult to match these since shot with different types of light sources, but you can change the hue. Just select the photo and add a few photo filters + exposure + curves. It could work if you do it with love and patience.

Not the answer you're looking for? Browse other questions tagged adobe-photoshop color or ask your own question.