I have made a curtain with max cloth modifier. Before simulating the cloth i have uvd the plane that i wanted to transform in a curtain.

Now when i use a shader with opacity on it artifacts appear. Looks like a normals issue, but after resetting them i still got this issue. See picture what is going on. Anyone can hlp me out? I also get same result when importing in UE4 and use proper material for it. 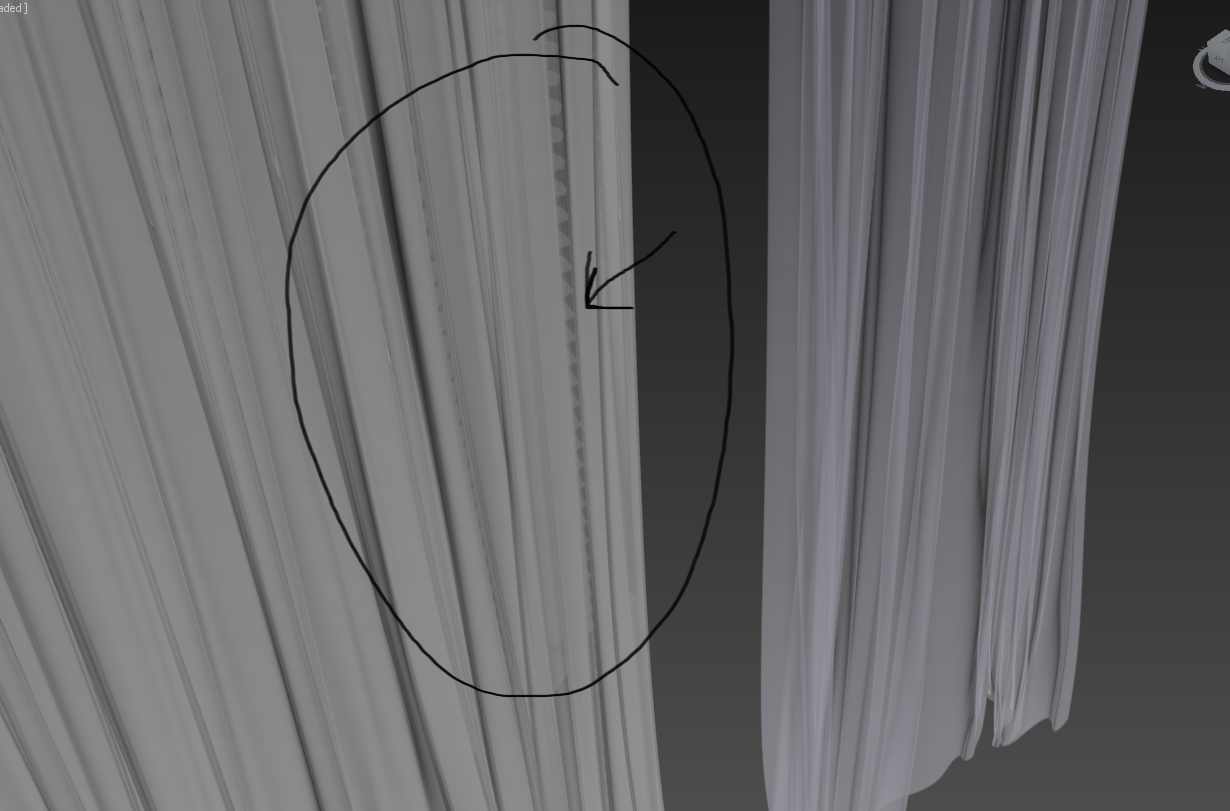 This looks like what's known as Z-fighting, where two parts of the falling curtain are folding back over on each other, and ever so slightly going in and out of each other on their way down the screen, or existing in exactly the same "z" space.

It's not necessarily in the Z space, this is just the name for this result from overlapping or otherwise existing in the same space, for different parts of a model, or two models having aligned parts in the same space.

Not the answer you're looking for? Browse other questions tagged transparency 3d 3ds-max or ask your own question.