How can I keep the font-width consistent in SVG across different operating systems and browsers?

I'm trying to add some text to a SVG file. The text is dynamic and shown over a rectangle which acts as background.

Since the text is dynamic, the width of background rectangle also needs to be dynamic. So, to be consistent, I'm using a fixed-width monospace font (Droid Sans Mono) and calculating the width of the background rectangle by using the expression - (x*6.4)+4), where x is the number of characters in the text, and 4 is added for padding (2 left, 2 right). Also, assuming that 6.4 is the avergae width of each character in the Droid Sans Mono font (just a guess).

I'm including an example image for reference:

Maybe I should rephrase my question - Inside an SVG file, how can I make a fixed-width font take same number of pixels across all platforms, assuming the SVG file is not affected by any external CSS styles and the zoom level is normal?

Also, I understand that alternative technologies exists (PNG etc.), but not every SVG question should end with replace it with PNG. Also more than a solution, I'm interested in understanding why this problem exists with SVG. I am using a fixed-width font which is supposed to take same number of pixels on all operating-systems (Is this wrong assumption? Why? What can I do about it?). 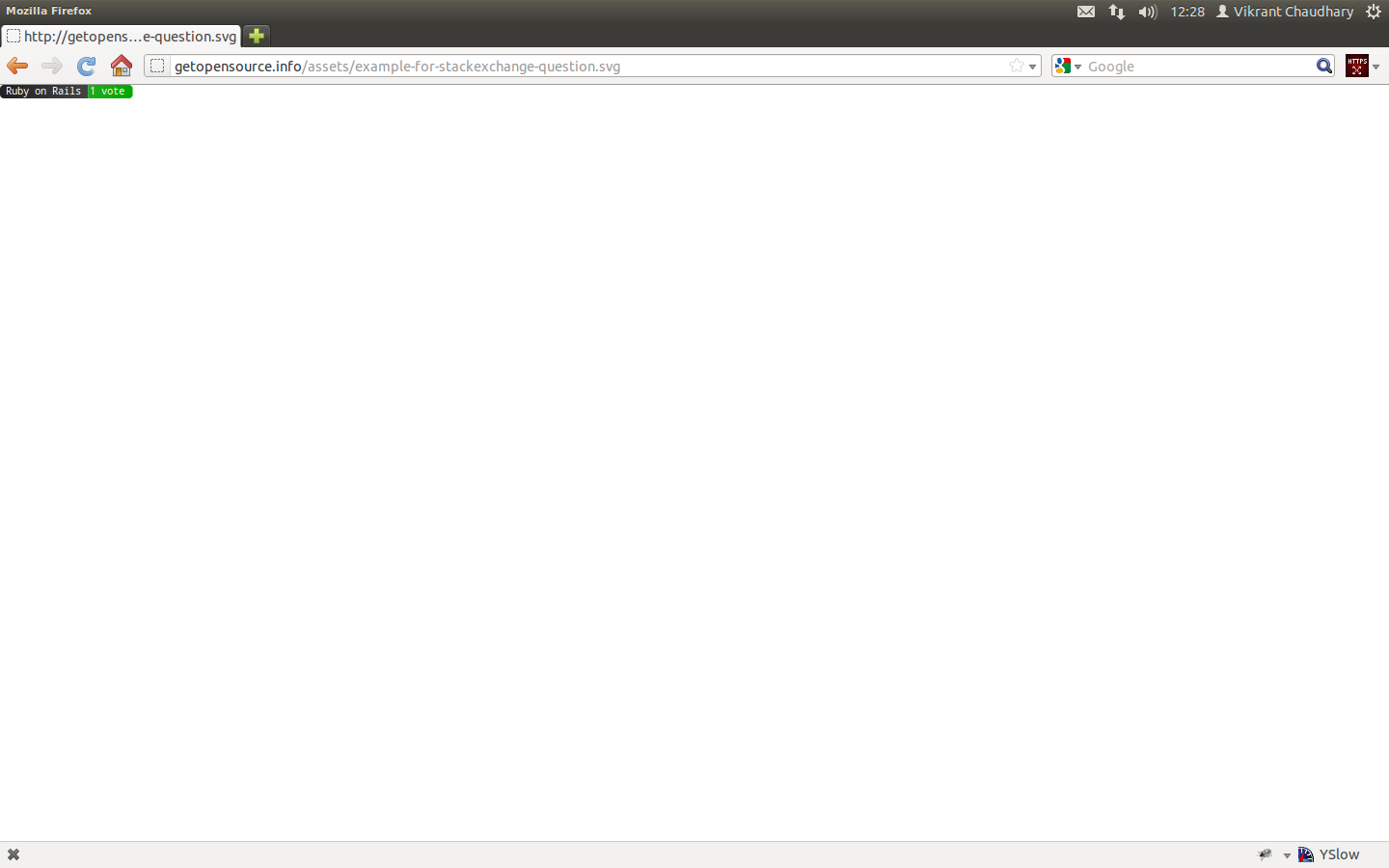 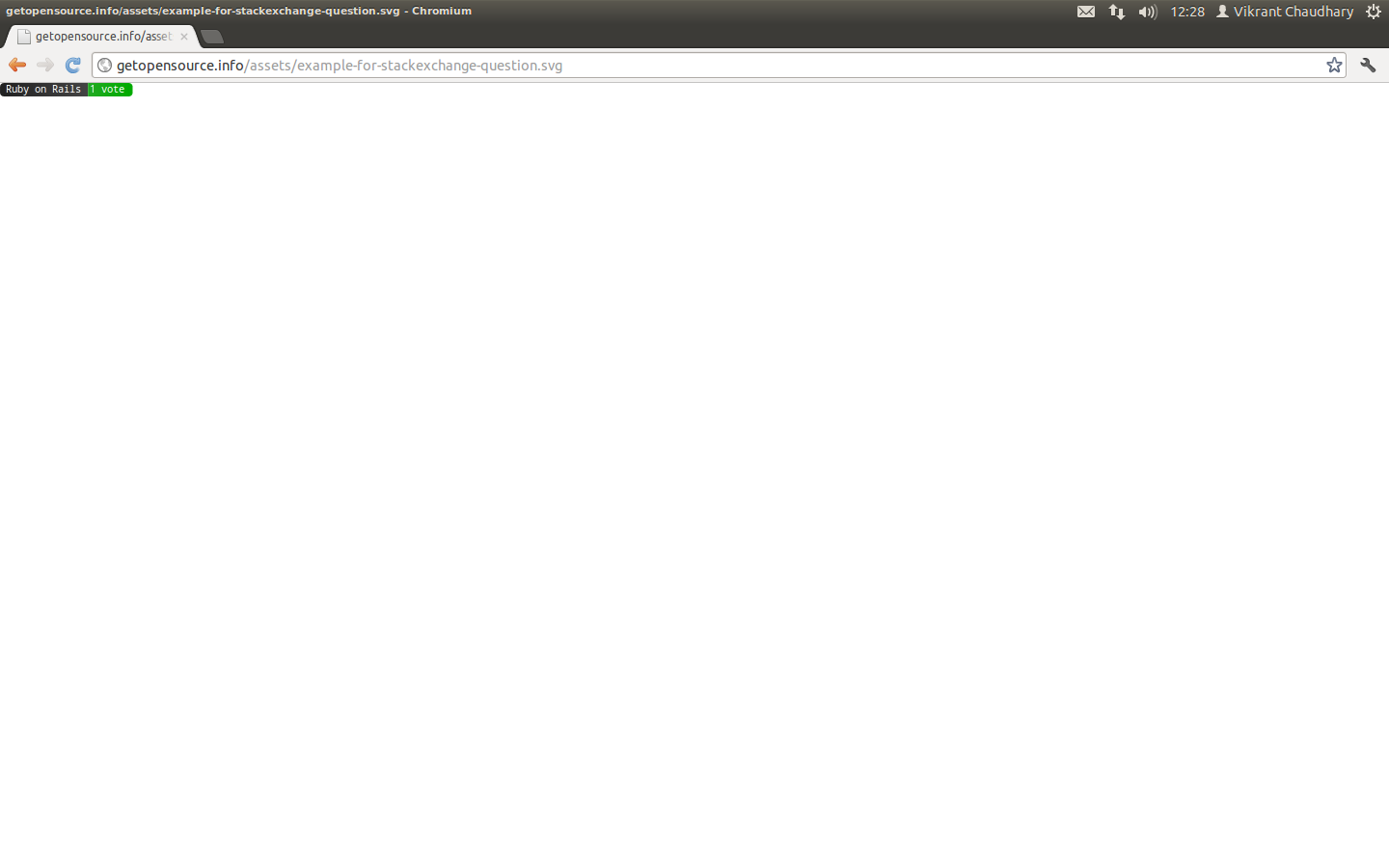 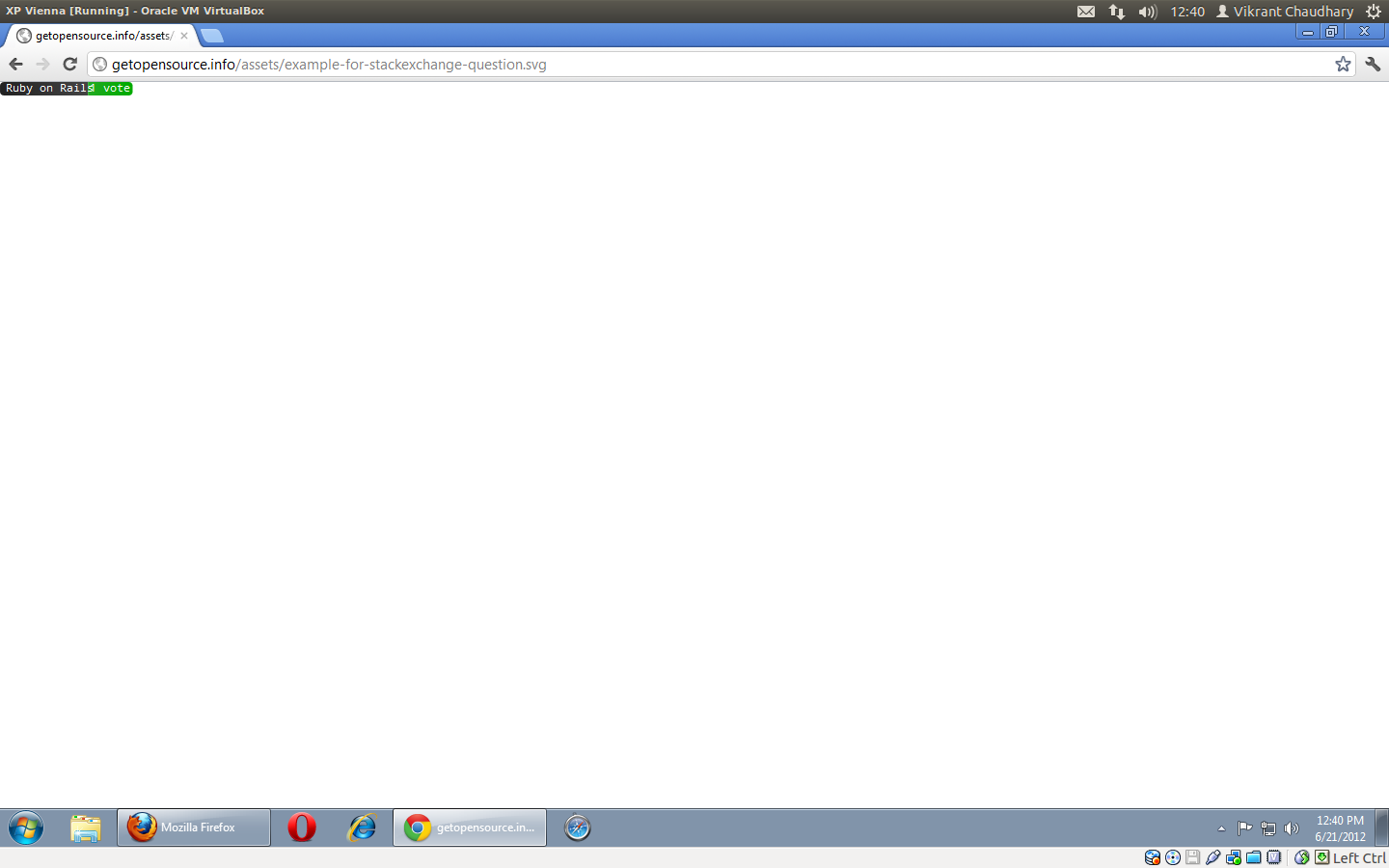 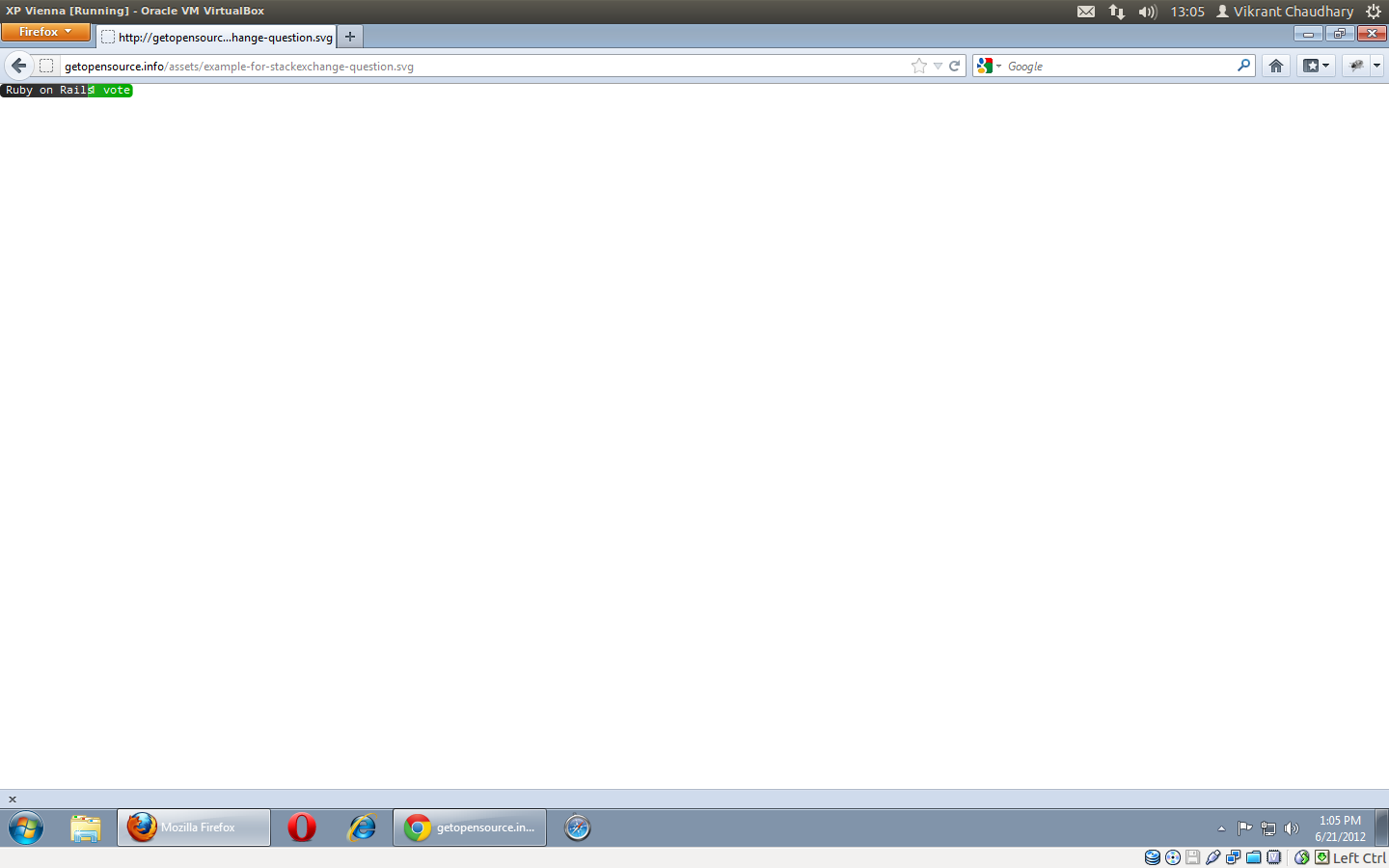 Since you have only linked the SVG and not provided a screen capture to show what your problem is, I can only go by what I see. The image as shown in the question renders improperly because it is not the proper typeface, so your rendering is off because your calculation is predicated on a different letter size and spacing (I see Courier). If I view the SVG in a new tab (or follow the link for the the direct link), it renders properly with Droid Sans Mono and the proper rectangle sizing.

So basically, your problem is a CSS problem where the typeface is being cleared by a parent container or improper calling method. In this respect, I would agree with Lollero that it is off topic for GD.

One way to handle this is to store the font file on your server and render it using PHP GD calls (pretty trivial). You can store the result with a checksum etc so that it will rerender the image only if the text changes and use the stored copy otherwise.

A screen capture of your svg file on win7 64bit firefox:

The plain-text contents of your SVG file (XML)

4
Anticipating problems with a Google Webfont's rendering cross-platform
7
Problems with Dynamic Text in SVG when font is not SVG
1
Typekit font in SVG icon
4
Alternative Font Family for text in SVG-file
0
Is there a kind of font with consistent stroke width across sizes?
1
How to find a font with the same width as my current font?
0
How best to join multiple SVG Files info 1?
1
Display/preview lowercase as small capitals in Inkscape?
0
Inkscape: alternative to setting a mask to a group of objects in order to achieve slight transparency of said objects
4
Why does the same font look different in different browsers and applications?