I would like to recreate the effect you see in the attached screenshot in Illustrator. I know about the Blend Tool, but so far I have only been able to create a smooth, regular line consisting of circles, since the Blend-Tool applies the same distance between each circle. Does anyone have an idea how I could create the effect in Illustrator (without having to place each circle by hand)? 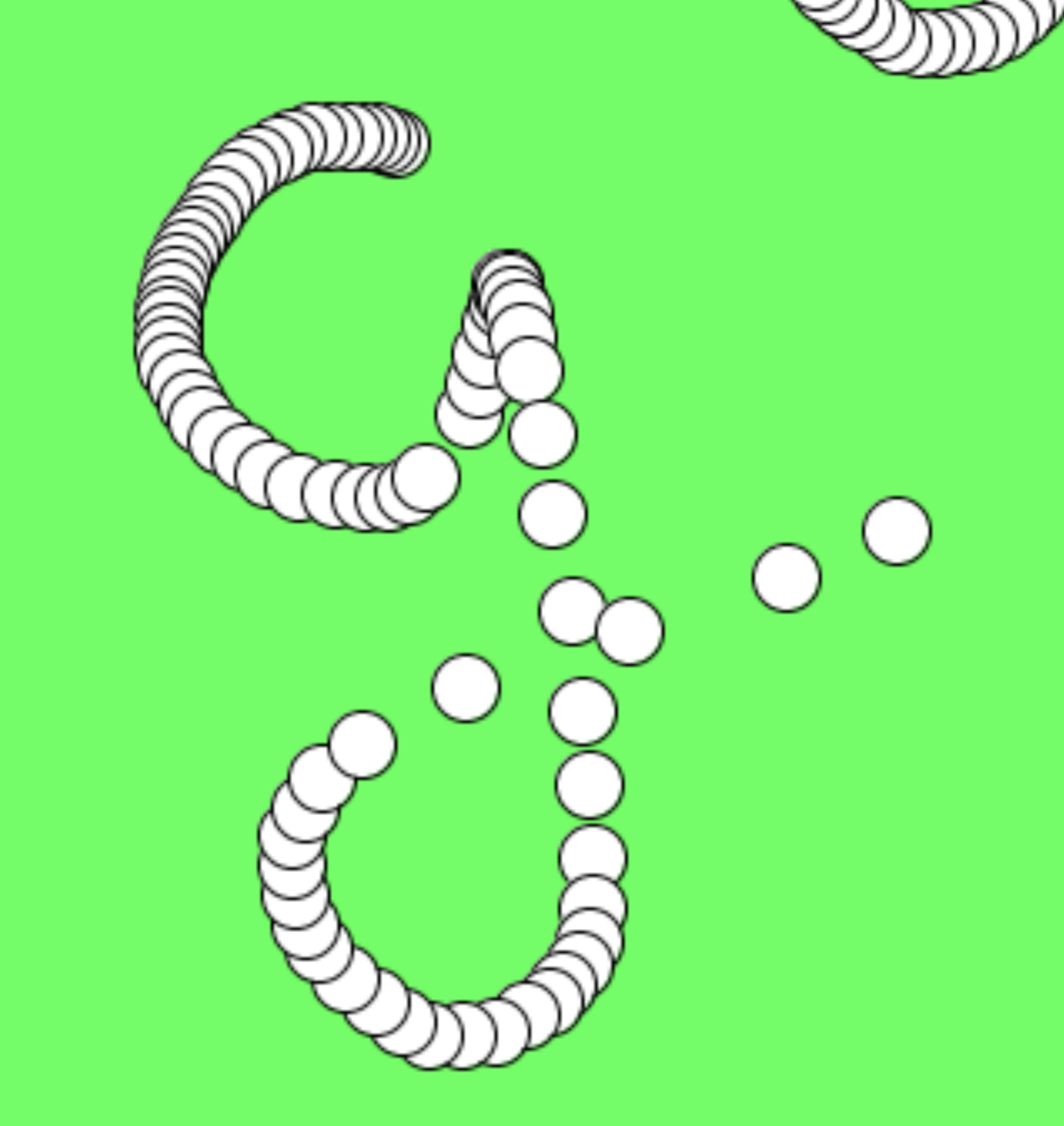 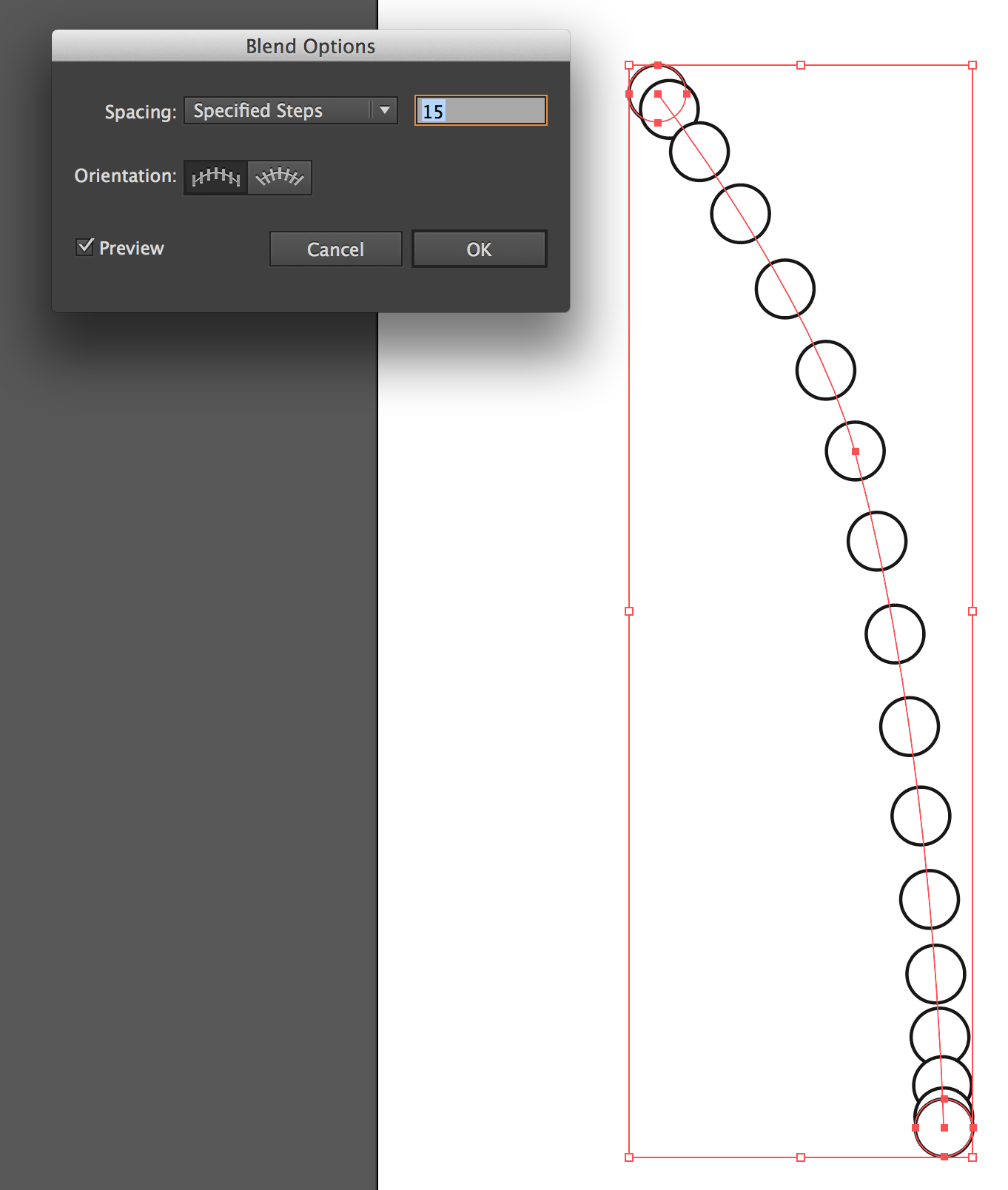 What isn't instantly obvious is that the distribution of objects is controlled by the bezier curve. Basically, longer handles = larger spacing. Interestingly, here is the exact opposite of your question: Spacing objects evenly on a spine with an open path using the blend tool

You can see here that the circles are bunched together near the smaller handle: 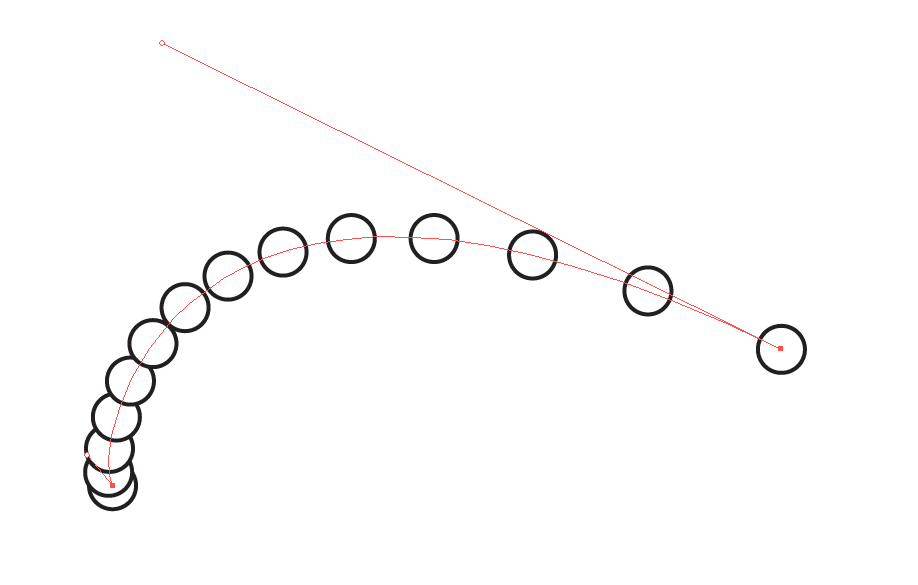 You can see in the following, although the path is (close enough to) identical, the changing handle lengths affect the distribution of circles:

You can even see the effect on a straight line by adding some handles to the end points and moving them along the line:

Controlling the distribution of objects with the blend tool and bezier handles is awkward at best though, another option...

Use a scatter brush and pen

A better option, although it requires a graphics tablet with a pressure sensitive pen, is to use a custom brush.

Draw a single circle, drag it to the Brushes panel and select "Scatter Brush" from the new brush dialog. Set "Spacing" to pressure (or some other variable) and set a minimum and maximum. 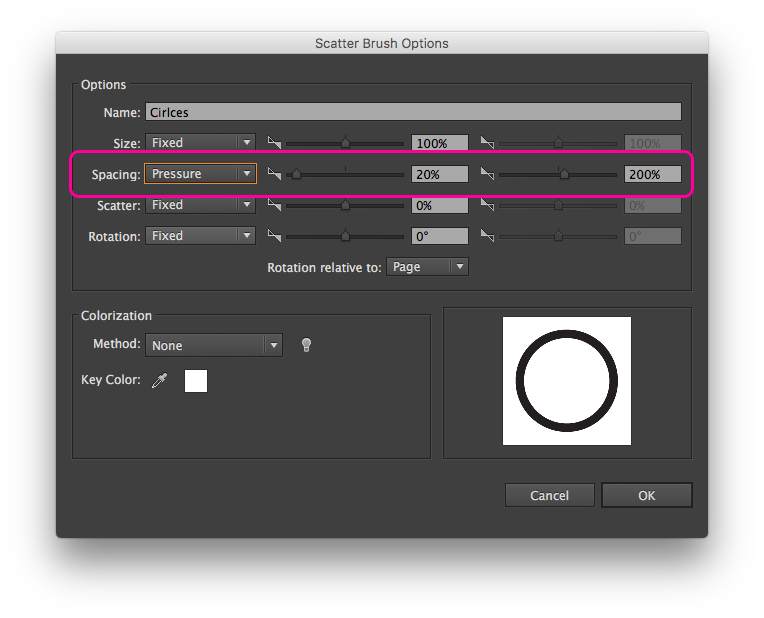 You can then draw your paths with the brush tool and control the spacing with your pen pressure. You can adjust the minimum an maximum after drawing to adjust the spacing. 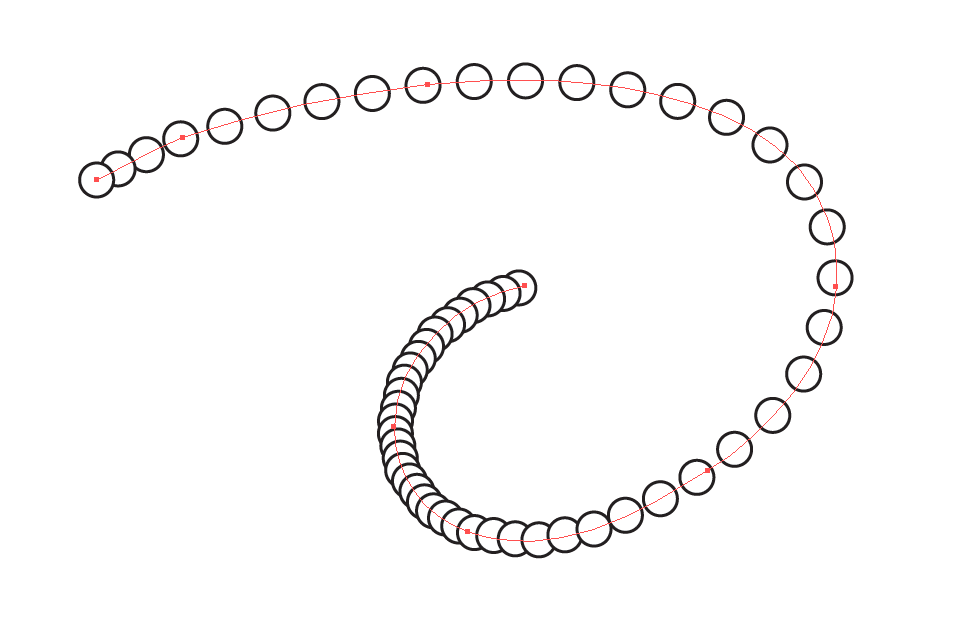