Name of the technique used to simulate eye focusing?

Our teacher told us that the Mona Lisa painting uses the effect sfumato which stands for the fact that the borders of the face are blended more than the nose and the eyes. However, from the Wikipedia article and some other examples I got that it means just that the photo is generally blended, that there are no clear boundaries between shadows and alight places.

So what's really the correct term for the effect as shown on the picture below? 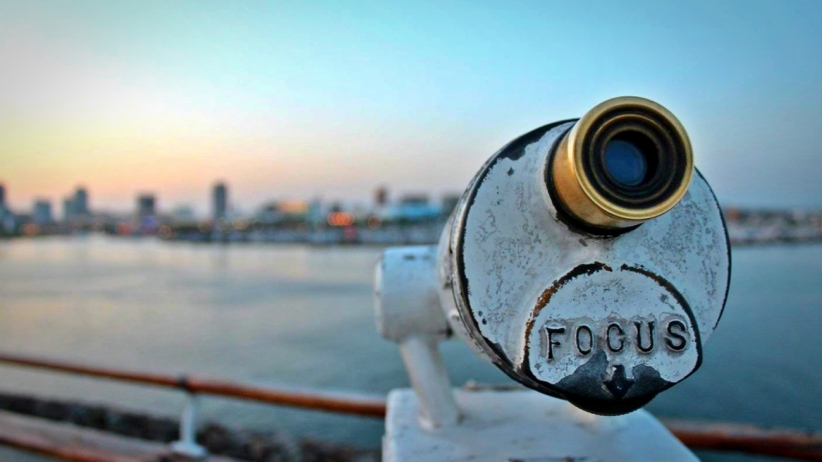 The photograph you chose demonstrates the optical effect known as depth of focus. Focused or in focus is the term for sharply defined areas of the image.

It shows the inability of spherical lenses to resolve (focus) on a plane surface (the light sensitive surface to record or view the formed image) due to a different object distance from the lens position. "Point spread function" is another term used in optics for the amount of the blur produced by a given optical system. In plain words, an object a few feet away will not focus sharply at the same time as an object further or closer.

An exception to this is the result of an image recorded with the Lytro Illum "light field" camera which records a series of planar images that can be refocussed after the fact. Stacking the resulting image planes allows you to move through the planes of focus.

Another term exists for the "blur" of a point of light appearing as a disk with either hard or soft edges within the image is referred to as bokeh, a Japanese term.

For the most part, the brightest images occur at the focal point of the lens. (That's how autofocus cameras find the "best" focus.)

Not the answer you're looking for? Browse other questions tagged terminology blending focus or ask your own question.