(This question is related to another investigation into visual techniques using gradients and noise-filters: Research: Grainy/Noisy Gradient)

I am trying to apply a Grain-Effect (Effect -> Texture -> Grain) to a shape with a gradient as its fill color. Although this has worked with other shapes and gradients before, here the Grain-Effect somehow is not displayed the way it usually is. It is basically not visible, the shape remains filled with a smooth gradient. Take a look at these screenshots to see what I am referring to (in this example, Shape A refers to all the other shapes of my current project on which the effect has worked without any problems).

1. Shape A and B before the application of the effect (+ their respective gradient-settings): 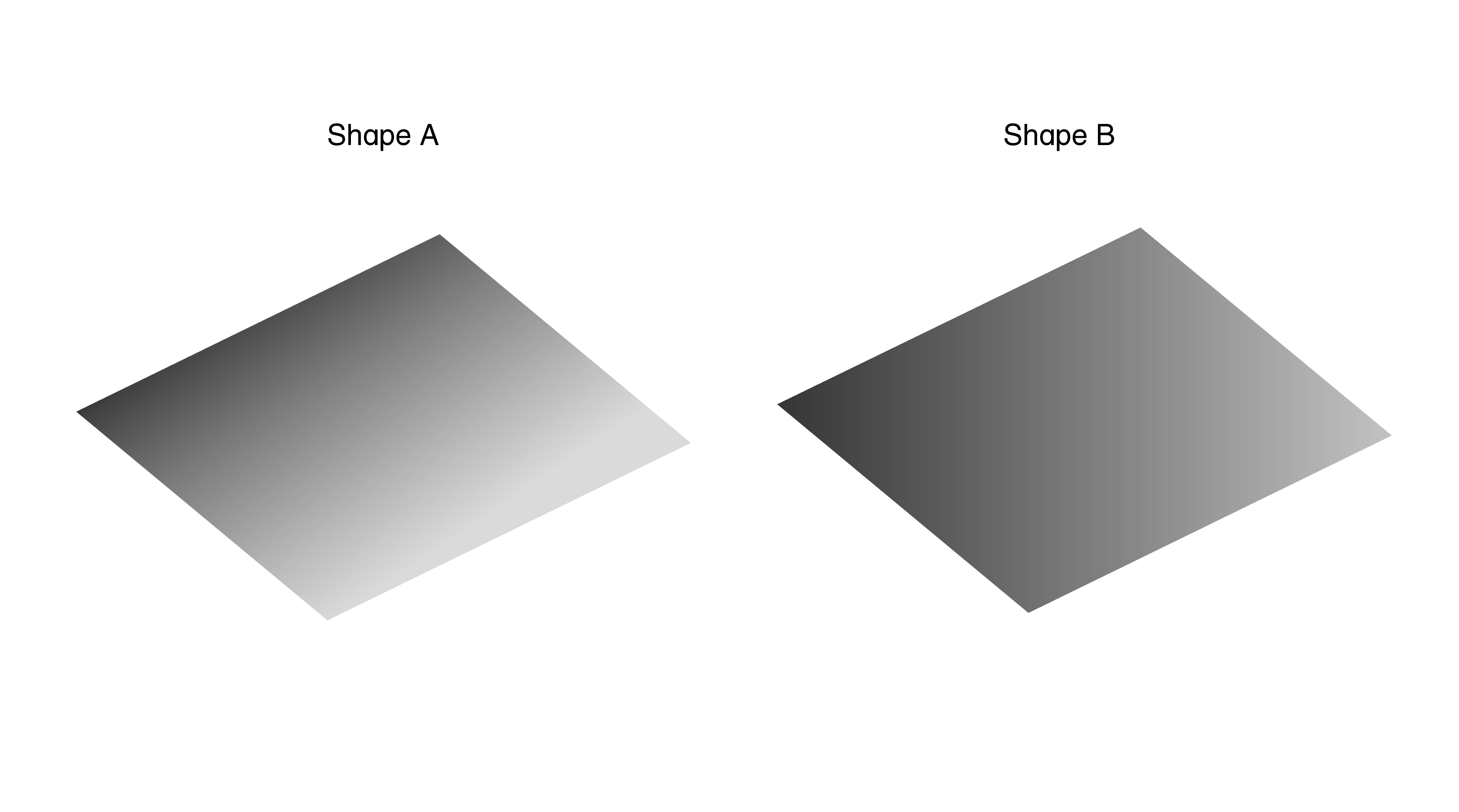 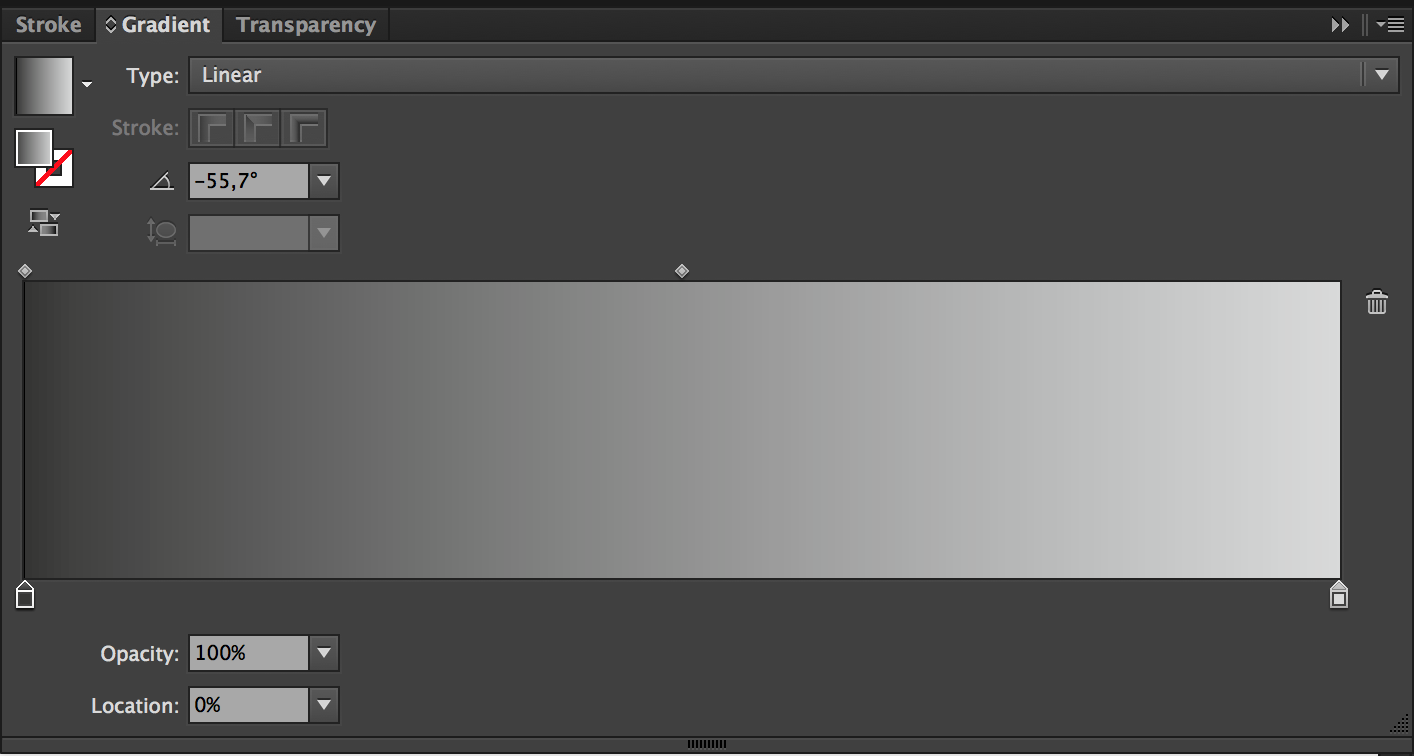 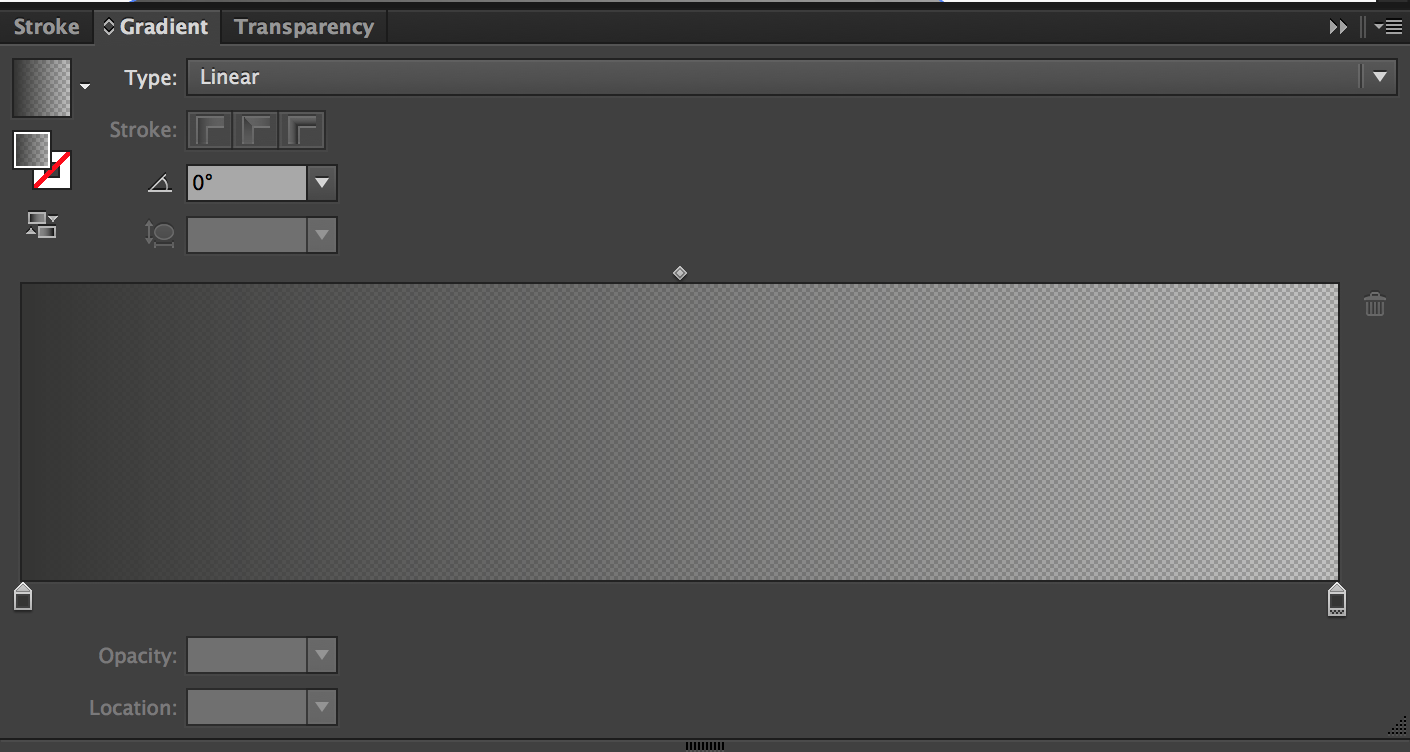 2. Grain-Effect settings while adding the effect to A/B:

(Adding the effect to Shape A) 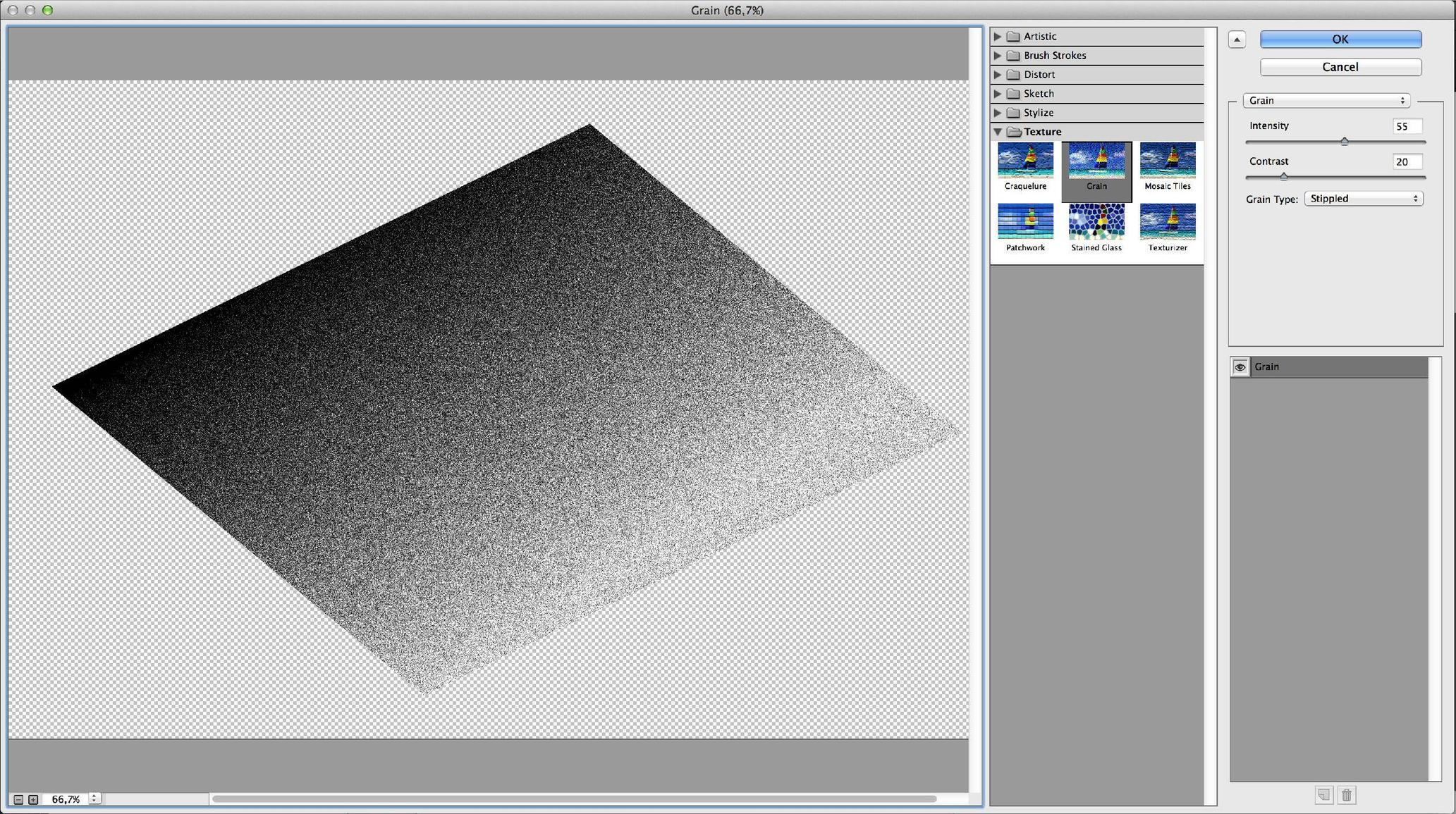 (Adding the effect to Shape B) 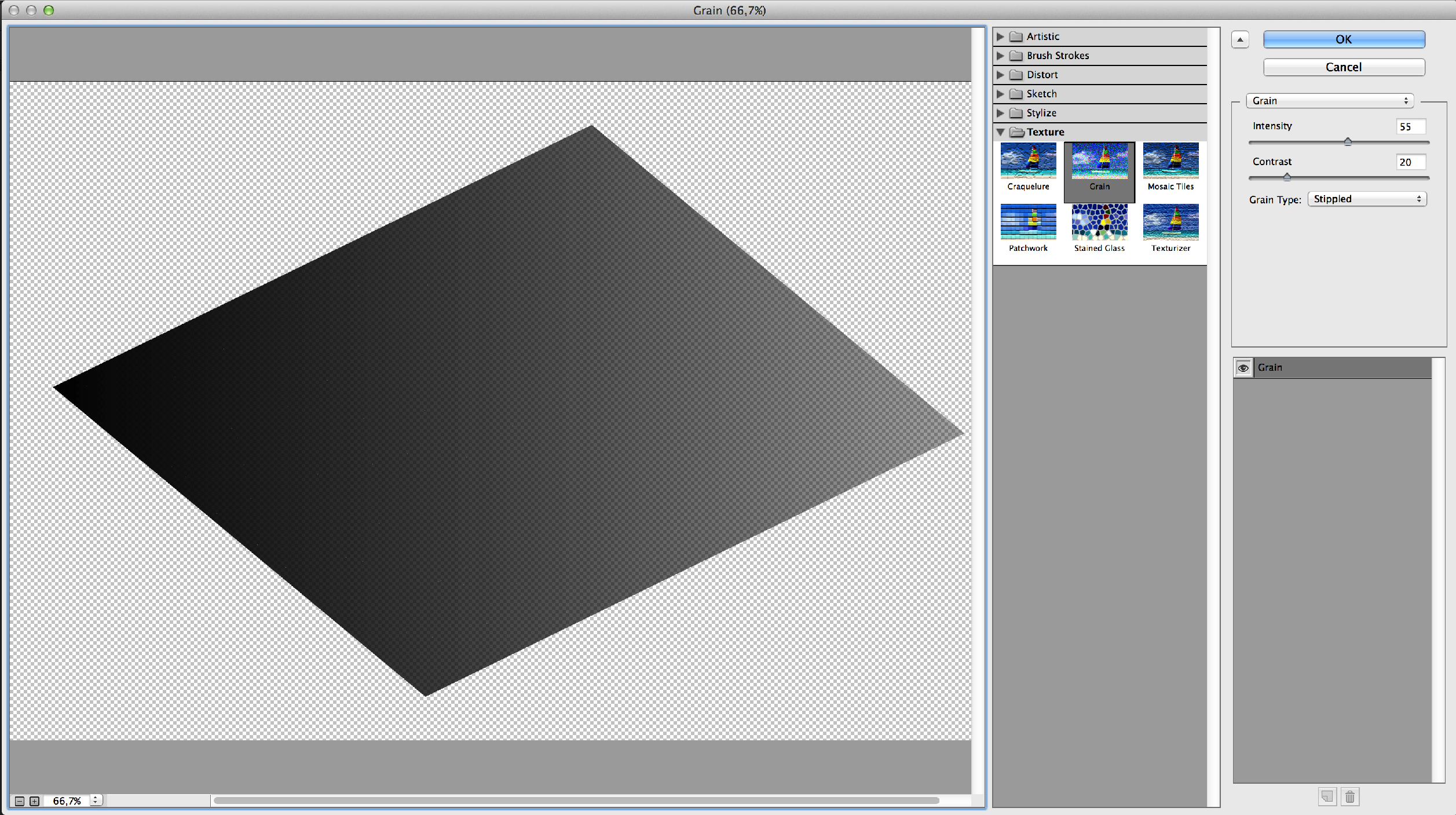 2.2 Closer look at Grain-Effect on Shape B:

A closer look at the shape while applying the effect reveals that some grain/noise particles are somehow still added to the shape's fill. 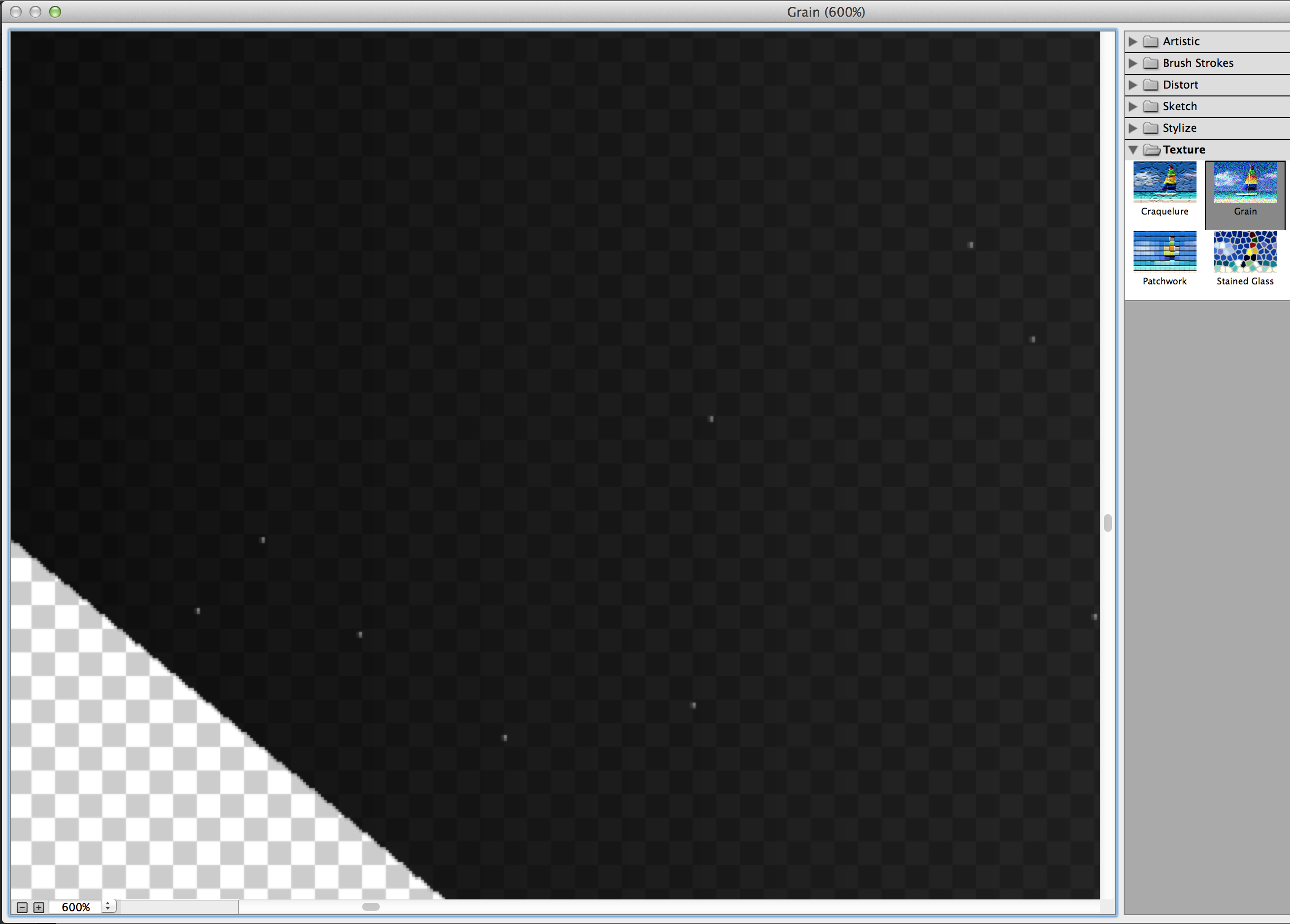 2.3 Shape A and B after the application of the effect: 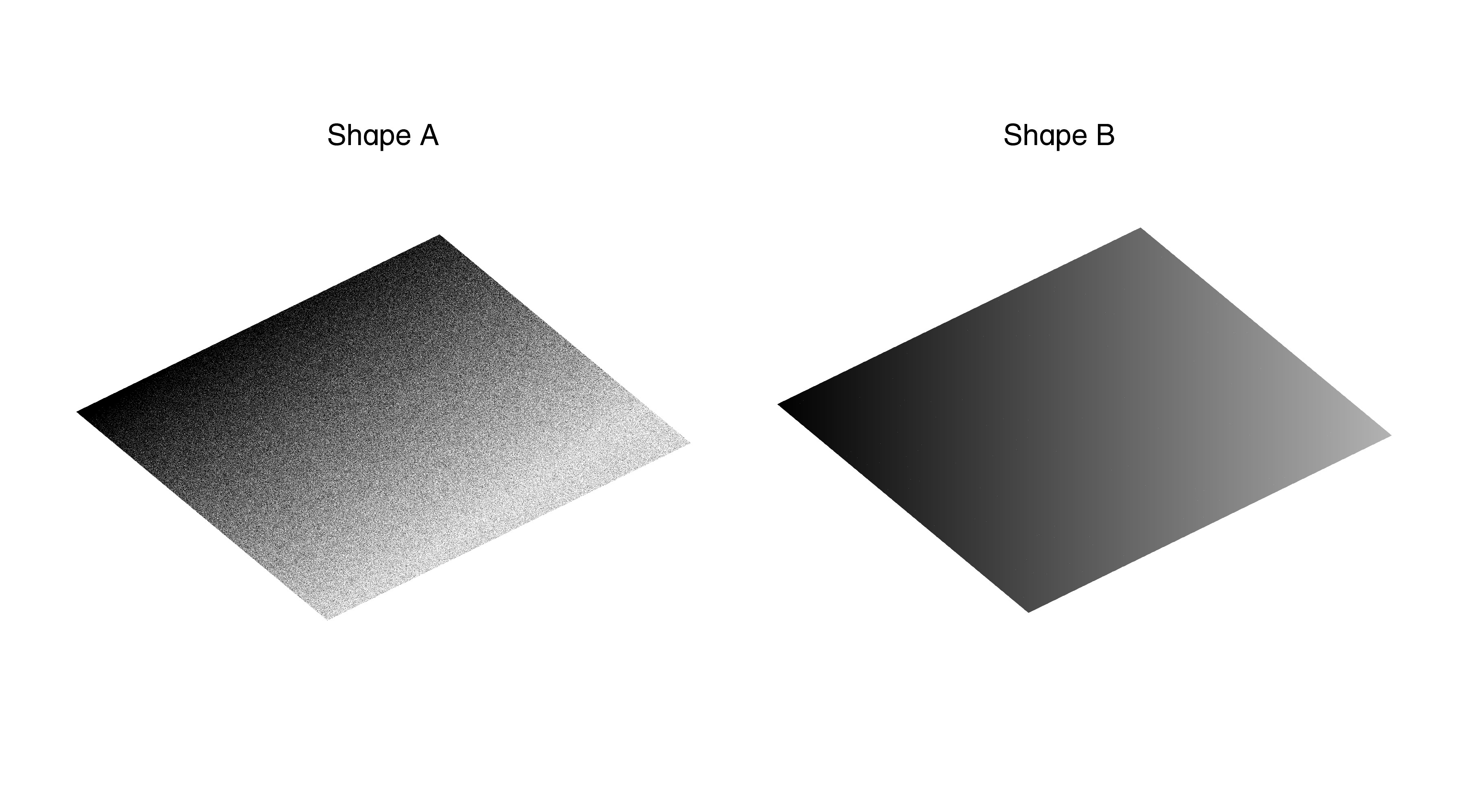 Does anyone know why this shape/gradient is behaving this way? I would like to be able to apply the Grain-Effect to it just the way I'm doing it to my other shapes, i.e. Shape A in the example above.

There's two things going on there...

1. There isn't enough contrast in your gradient.

The stippled grain type's output is a 1 bit image; every pixel is either black or white. There is obviously a cut off point, or threshold, where everything above a certain grey value is white and everything below is black. Both colors of your gradient are very close to that threshold.

Apply a grain effect with the same values as your example:

If you want more of a gradient you simply need to choose less similar colors (i.e. more contrast).

2. So why is there still a gradient?

The output of the grain effect in your case is (close enough to) a solid color, your gradient however is semi-transparent at one stop. The effect ignores the transparency which is applied after the output of the effect, which over a white background is giving you the effect of a plain gradient with no grain.

You can see the transparency working in combination with the grain:

If you don't want transparency applied after the output of the effect simply don't use any transparency; pick solid 100% opaque colors.

1
Is there a way to stop Adobe Illustrator from adding anchors when using the Pathfinder or Shape Builder?
9
Scan of paper: keep grain pattern, remove gradient
23
How does Yoga Perdana colorize his illustrations?
14
Research: Grainy/Noisy Gradient
5
Photoshop: how to recreate this uneven noise effect?
1
How to create a noise-gradient texture in Affinity Designer?
1
How to make a brush stroke take gradient colour like pen tool stroke in illustrator?
0
Apply gradient to individual letters
2
Applying grain to colors or gradients without rasterizing
0
Adding noise to an image with a limited palette