I've tried using WhatTheFont and other tools, but nothing clear has come through.

What are the typefaces used for labeling in the late-1970s on hi-fi devices such as the JA-S77? 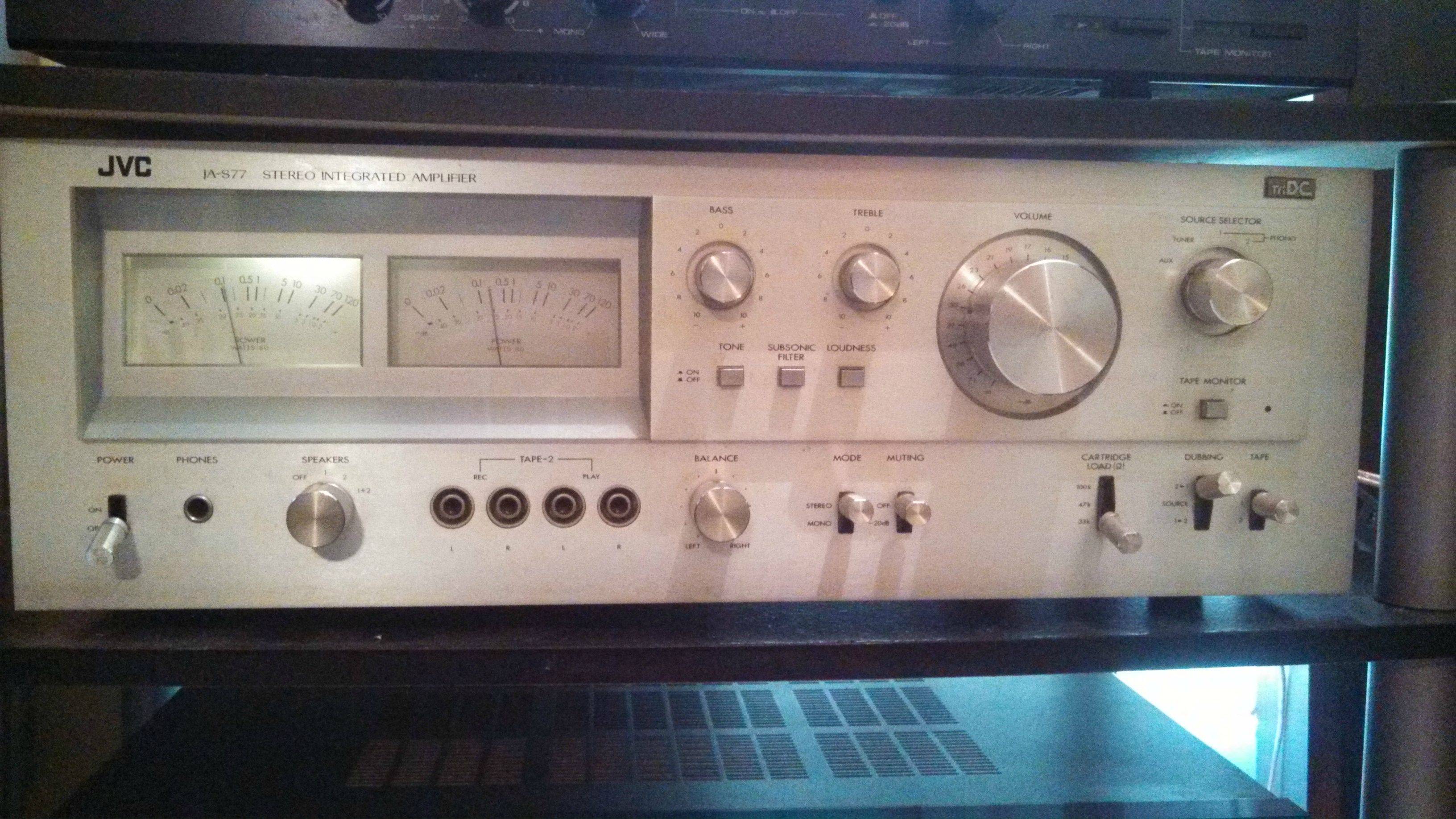 It's hard to say anything with much certainty from that image (or any I can find), but it looks a lot like Futura.

The shape of the "A", "B", "N" and "M"s especially give it away. And you can see by overlaying the same text in Futura (I've done some slight distortion to match the angle of the image but no kerning/spacing on the type itself) that the proportions are pretty much spot on:

It's not an uncommon use of Futura; You can see this flight control unit that uses Futura for example (which according to Wikipedia "is widespread in the aerospace industry for flight instrument and control markings"): 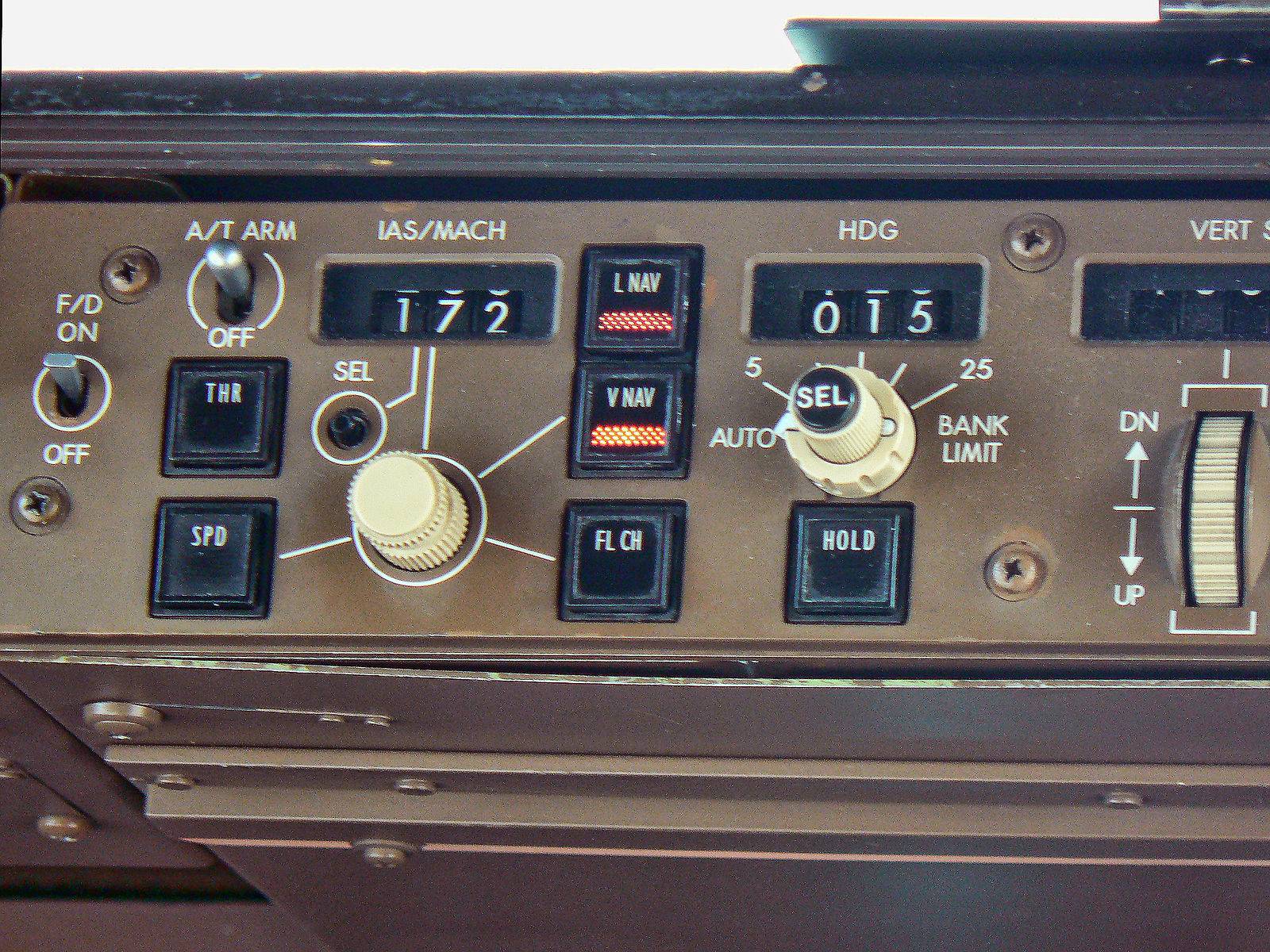 "STEREO INTEGRATED AMPLIFIER" is a "stressed" or "modulated" sans-serif: one with stroke modulation. (In other words, not monoline like most sans-serifs like Helvetica.) This style was very popular in the 1970s, but fell out of fashion soon after - so it's not certain that this font is digitised. Britannic Light is sort of similar, but too condensed. You might have to look around on MyFonts for something using those keywords. The Rolls-Royce (quality and price) recent family in this style is Paul Barnes' Chiswick Sans.

6
visual typeface search tool
30
Where do professional designers go to look for typefaces?
18
Will typeface design ever "stop"?
9
What is the name of this classic serif typeface with large round counters?
6
What typeface is used in this magazine?
3
What typefaces, if any, use a double-storey "a" in the "@" sign?
0
What is the font used on this Star Trek button?