How to easily determine shadows and highlights of objects?

If there is one thing I'm extremely bad at, it's that I am bad at determining and visualizing where shadows and highlights would go on an object I made in Illustrator that I want to make 3D or create some depth to it rather than having it flat.

For example, for this poster I am making, I want the light source directly on it, but I can't figure out if the shadows of the lego studs on the background are correct. Same with the lego blocks I made. For the lego blocks I just made it slightly darker around the edge of the left side, right side, and bottom of the block.

How do you determine where shadows, highlights, and darker and lighter spots on an object should go? Is what I have look fine? 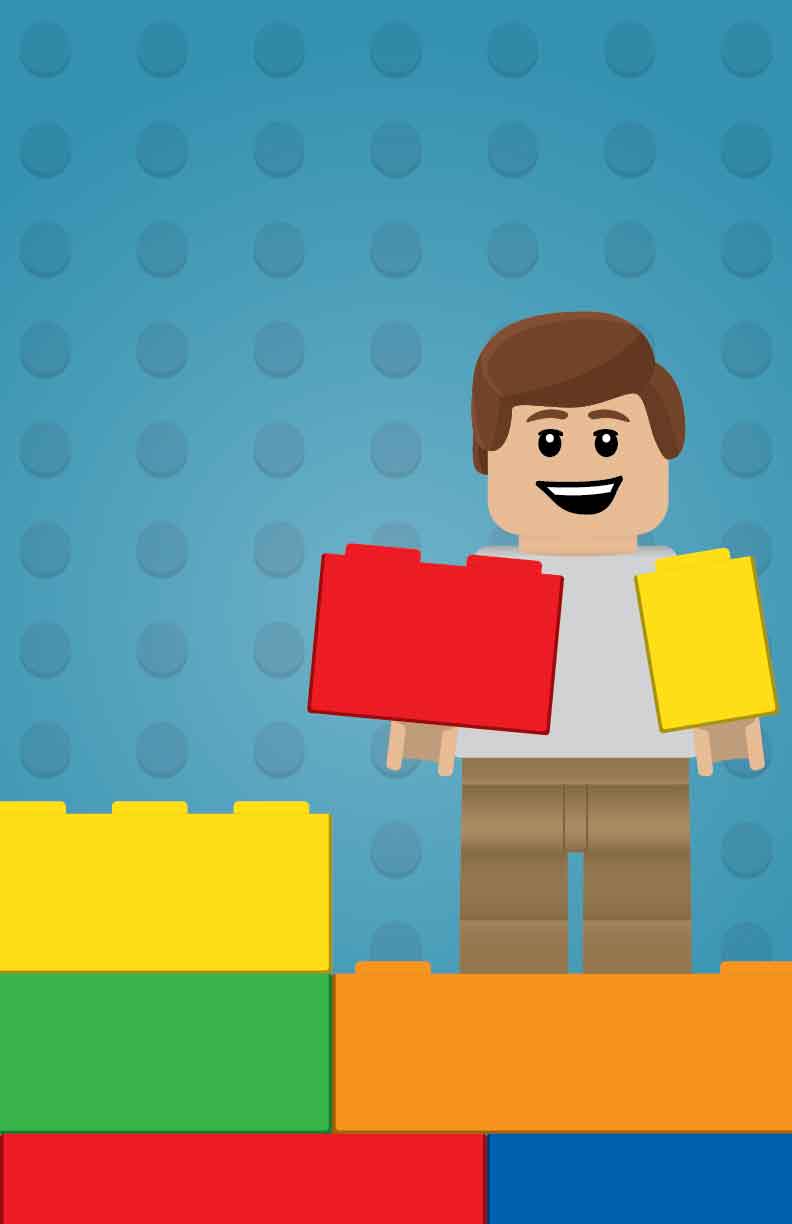 Well, shadow is something that is easy to understand when you spend some time on observing objects in real world. Your hand, a pencil laying on a table, an apple... anything. You may do simple sketches and pay attention to where is the spotlight. If you don't have time for such study try this: mark the spotlight on your drawing. Than if you wander, which of the sides of an object should be shaded, draw straight lines that will connect the spotlight and your object. The sides that can be touched by a straight line without touching the inside of the object, should be lightened or at least - without shadow. The ones that can't be reached - should be shaded.

Honestly, your shades aren't that bad, but I don't get why you try to shade all of the sides but the top. Even if the light was coming from the very top, the sides wouldn't be as shady as the bottom. Shortly: it would be ok if you just remove the shadow from all right sides of the objects. Then it would look like the light is coming from top right. You may then try to remove it from the left sides and see what looks better. With rectangular object its easy - keep always two (adjacent) sides lightened and the other two shaded and it'll be perfect. When it comes to shadow on the lego blocks that are right next to each other - keep the shadow just the way it is now.

Your drawing is very acceptable for presenting that the boy has a good time. No reasons to make fixes assuming the light is coming straight onto boy's face from behind the watchers bag and a little more from up than from down.

If one wants to show that the studs on the front bricks are round cylinders, a little shadow (=same color, but lower brightness) on the left and right sides of the studs does the trick. That can in mathematics be 100 % fake at least for polished materials, but it still creates the right impression.

If the light was not that uniform and easy case or the bricks were not aligned uniformly, then the differences need to be taken into the account.

For a good impression of 3Dness the presentation of light can be quite loose if the perspective is used and well handled. You have used no perspective. Thus the light is your only way to create a sense of depth.

I include a couple of screenshots how could a brick look out when seen from two different directions in the same light. The images are created in Sketchup. That's a fee 3D modeller which is accepted globally. Its paid version is widely used as a professional scene planning tool.

Sketchup has extremely simplified light handling, but it's still quite a good piece of 3D software. In its basic form it can't handle refletions and the shadows that different objects create over each other.

The shading in Sketcup has a simple priciple: The more light comes straight against the surface, the brighter is the color. No matter where the watcher is standing. That probable is a perfect starting point for you, too.

There are sliders for max and min brightnesses. By default, the surfaces are matt, there are not at all mirrorlike reflections. 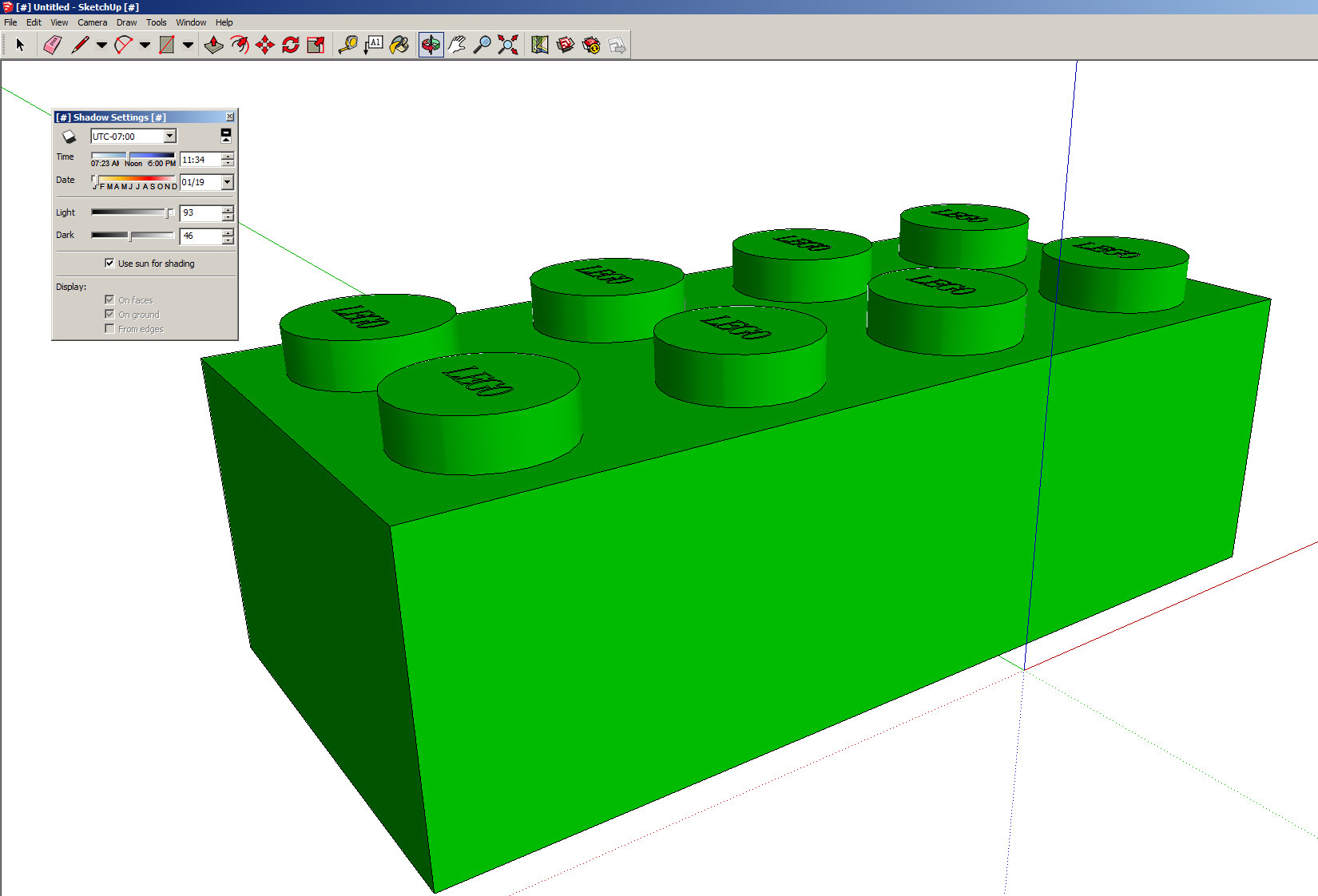 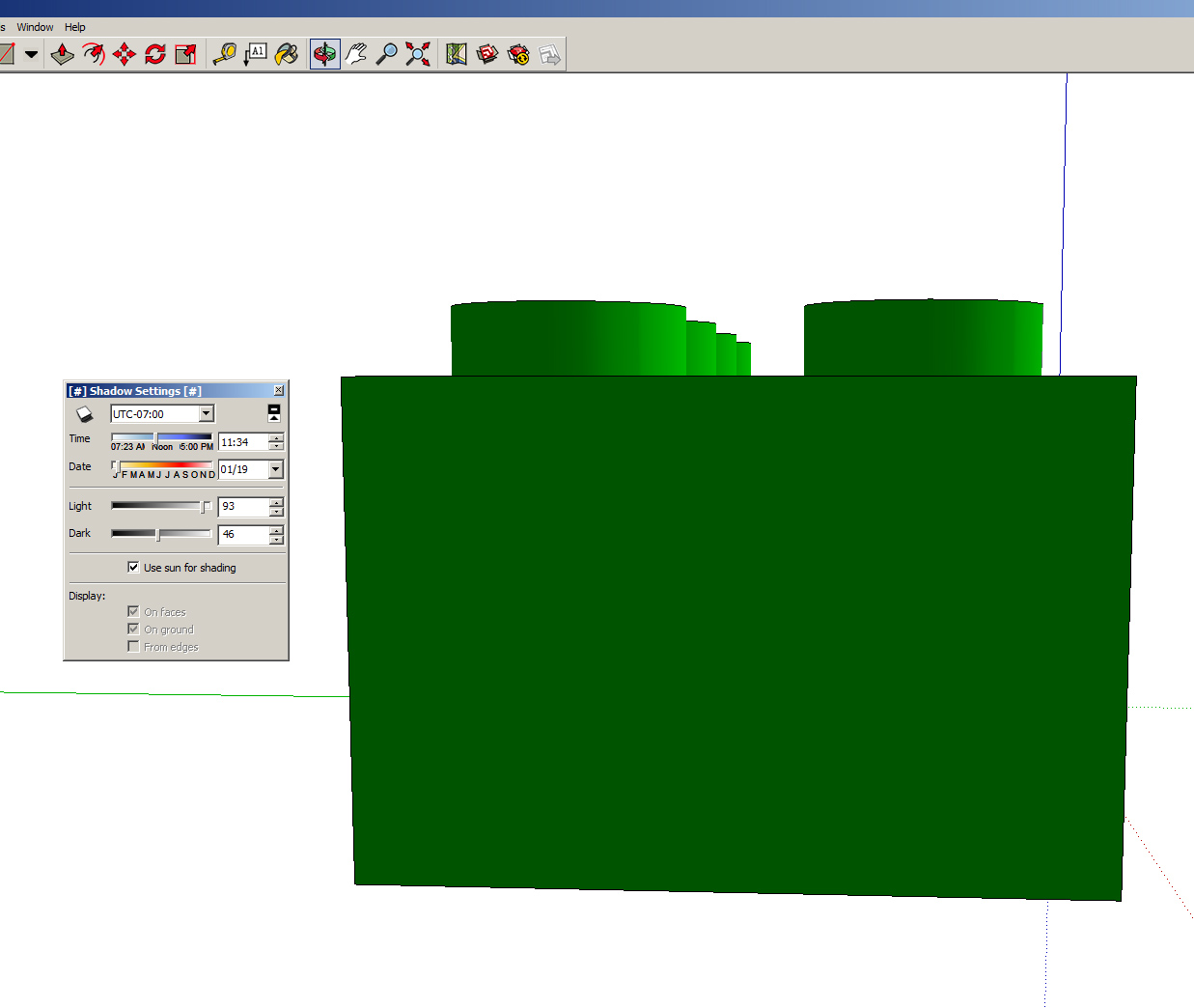 This brick is downloaded from Sketchup's 3D Warehouse, altough a model this simple is possible to draw in 5 minutes.

Not the answer you're looking for? Browse other questions tagged adobe-illustrator shadows highlights or ask your own question.