I am trying to get Illustrator to display my unicode font correctly (i.e. the way every other program is displaying it). I am currently using the Noto font, which I know can display all the characters I need.

Illustrator only seems to output the dotless i (U+0131) without the ogonek. In the glyph panel, I can access the i with the dot and the ogonek (U+012f), but that is ultimately not the character I need.

Thank you for your help.

It's not ideal but as a workaround you can simply kern both glyphs to the correct position. Again, Illustrator is doing some weird things here; sometimes I can kern the glyphs (after inputing them directly after one another) with no problem and sometimes they're instantly combined and treated as a single character (although not visually)... So a workaround for the workaround; input the glyphs with a space between and kern from there.

So you input; ogonek + space + dotless i (the blue square is just the indicator for the space with "Show Hidden Characters" on): 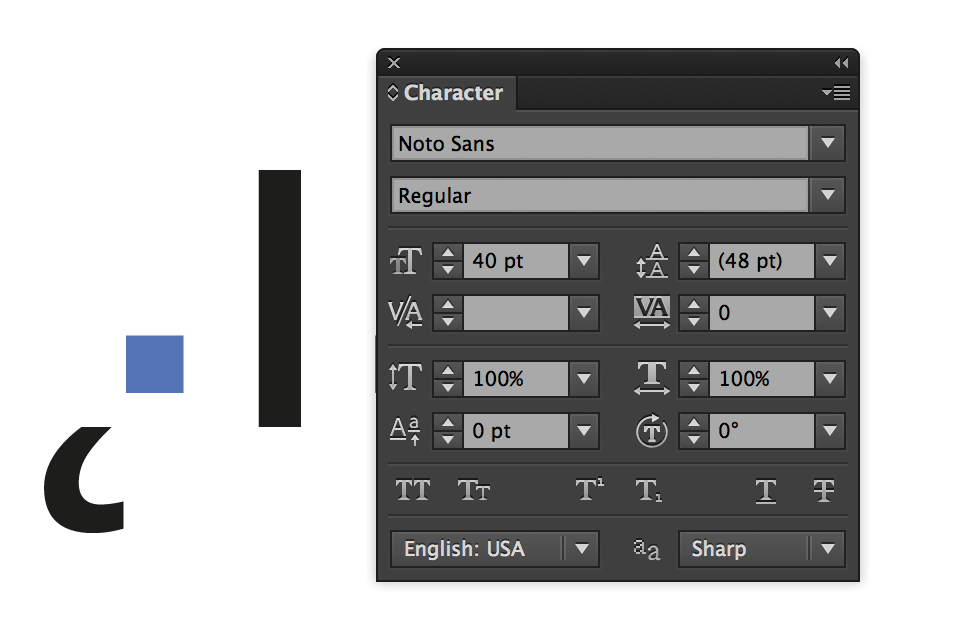 And kern (I turned off "Show Hidden Characters" and placed a regular i+ogonek for reference): 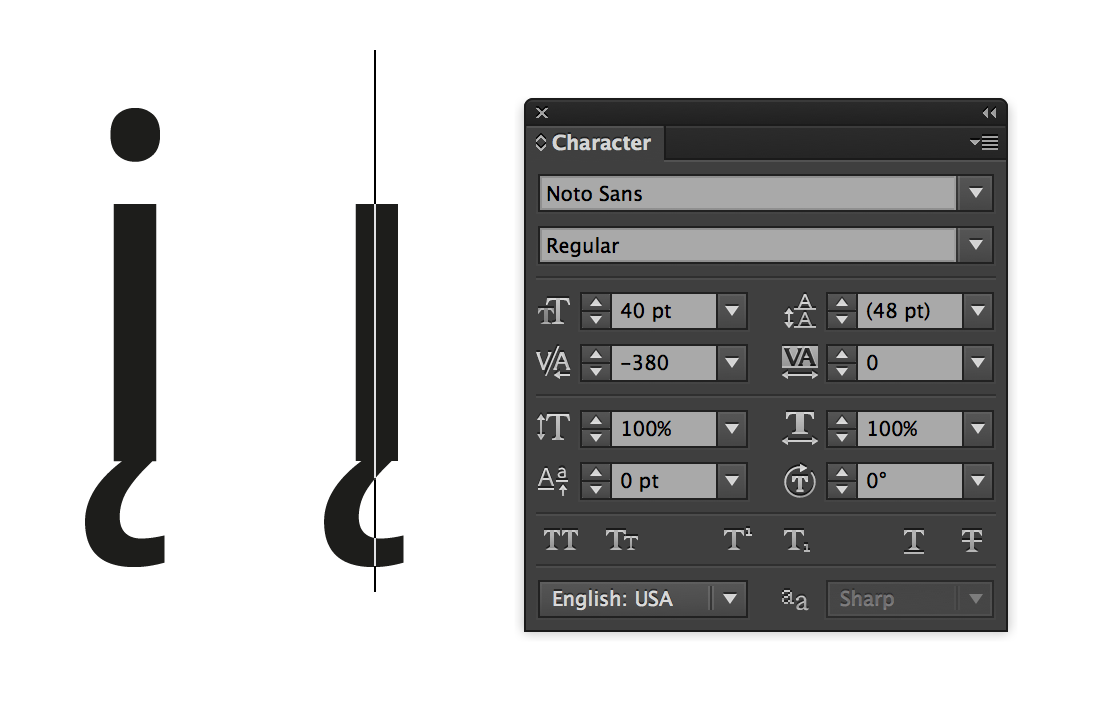 Not ideal, but a workaround if you're really stuck and can't figure out a proper fix.

Not the answer you're looking for? Browse other questions tagged adobe-illustrator unicode or ask your own question.

12
How to find/browse fonts that include certain rare characters? (unicode/international)
4
How do I go change the order/position of characters in Unicode fonts when a language demands it?
3
Validation issues – duplicate unicode code points?
1
How to access Arabic BEH initial form, from a font that places the glyph in a non-conventional place unicode slot
0
Glyphs in Illustrator CC for OS X
2
Whats the Tallest Unicode glyph?