This is cover for Keith Laumer’s A Plague of Demons designed by Alan Aldridge: 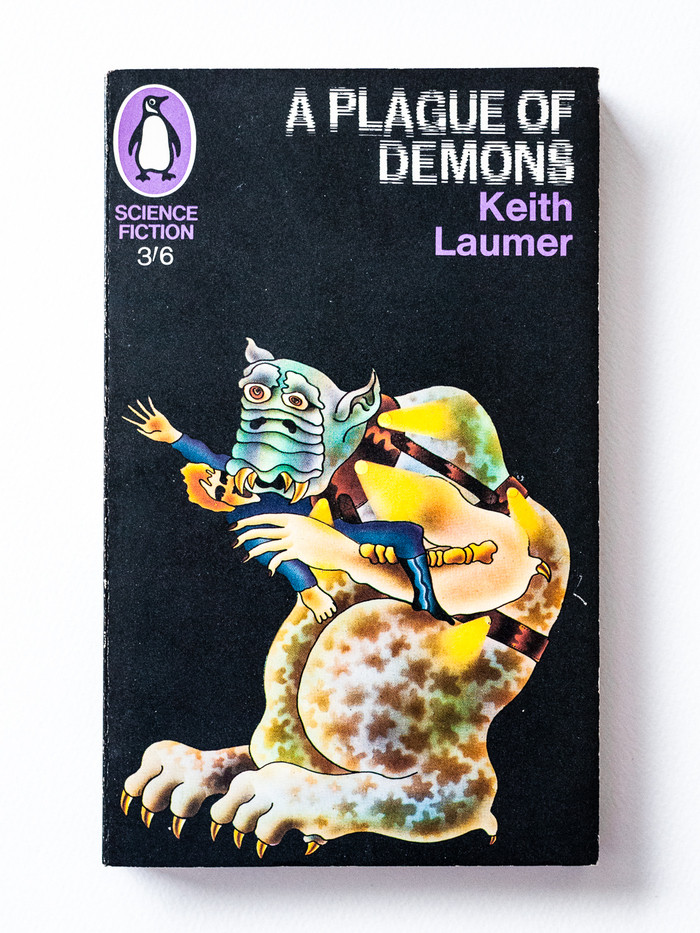 (Here is an article about Aldridge's work which got me interested in his work in the first place: A Plague of Demons)

I would like to digitally recreate the effect Aldridge created for the title: 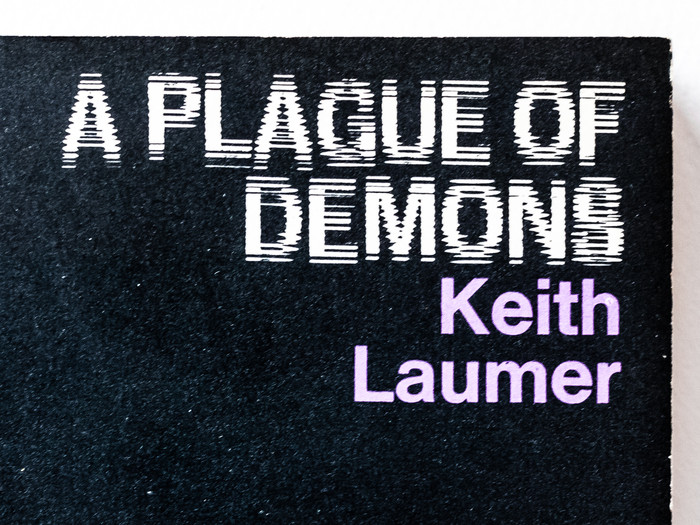 I tried doing this by using the Wave Effect in Photoshop under Filter→Distort→Wave. So far this does not yield satisfying results, the effects I’ve been able to create do not have the same visual impact.

Can someone help me out with creating the effect and possibly point me in the right direction? 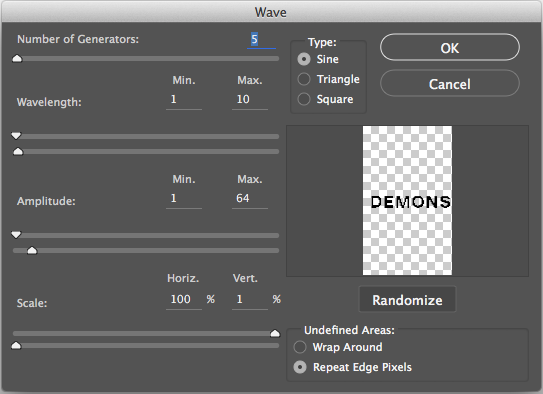 There are a couple of options that will achieve a similar look:

You were on the right track in your original post by suggesting the wave tool, however in taking a closer look at the font in question, you'll notice that there really isn't much continuity of the wave effect between letters (take the 'N' and 'S' for example) and there are repeated letters that are identical:

^ In this sample I've superimposed the first instance of each letter over the next instance.

This evidence leads me to believe that this is either A) an actual font or B) this effect was achieved on a letter by letter basis. So, if we use the Filter > Distort > Wave effect, it's just a matter of adjusting the settings a bit in the dialog box until you get the desired result: 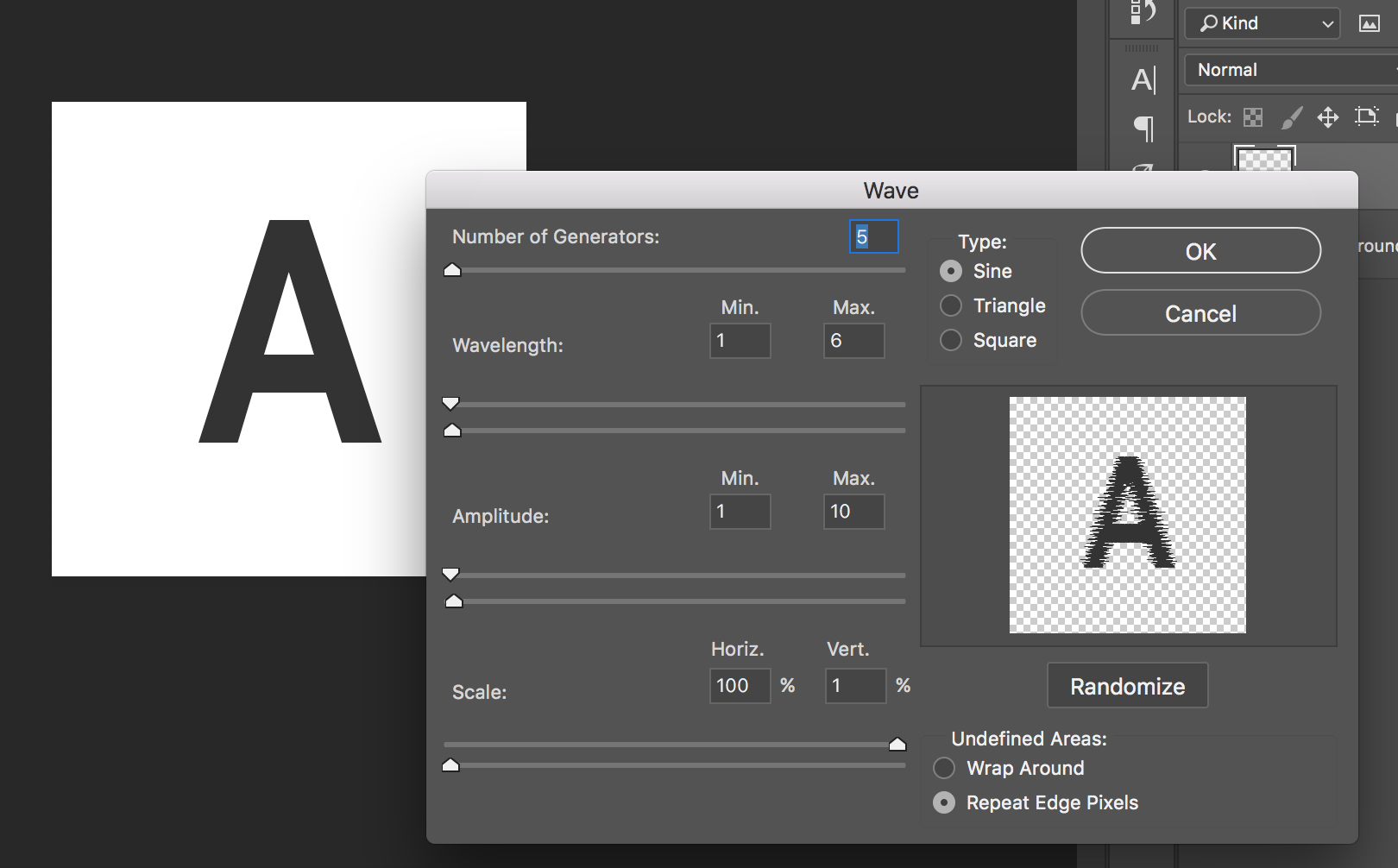 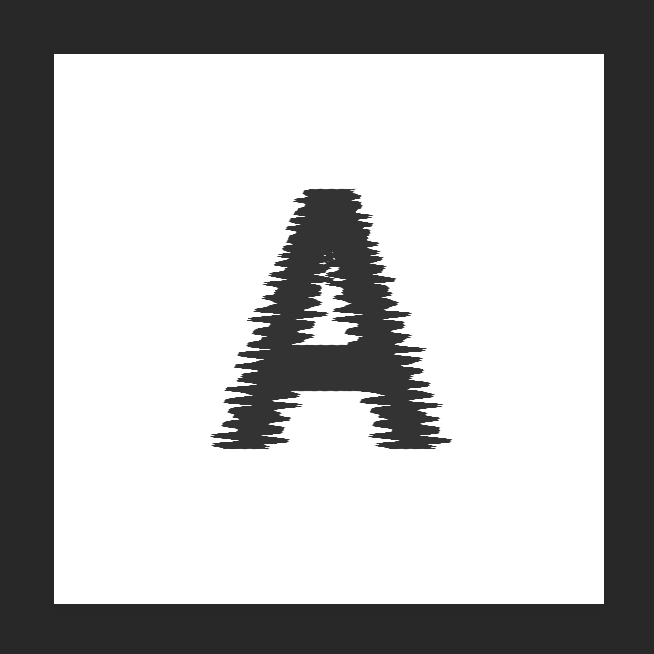 Repeat this for each letter (adjusting unique letters and duplicating letters that repeat) until you get a result that is cohesive across the full body of text. As I said before, the original post was close, just narrow it down to applying the wave effect to the letter instead of the entire word to have more control of the final outcome.

As alluded to in part one of this answer, the sample in the original post could very well be a font based on the evidence presented. I wasn't able to track down an exact match, but I did find a font called Nervous that comes close to the same effect:

Again, it's not an exact match, but if you're satisfied with a similar effect it's not a bad route to take if you want to save some time.

You could use a displacement map in Photoshop to do that - find an image of some water ripples, and use that for the displacement map. There are tutorials available online if you search like this one: http://www.photoshopessentials.com/photo-effects/displaced-shadows/

Here's one I made in GIMP using a displacement map, but the same is possible in Photoshop - sorry, not at my own PC at the moment, so only had access to GIMP. 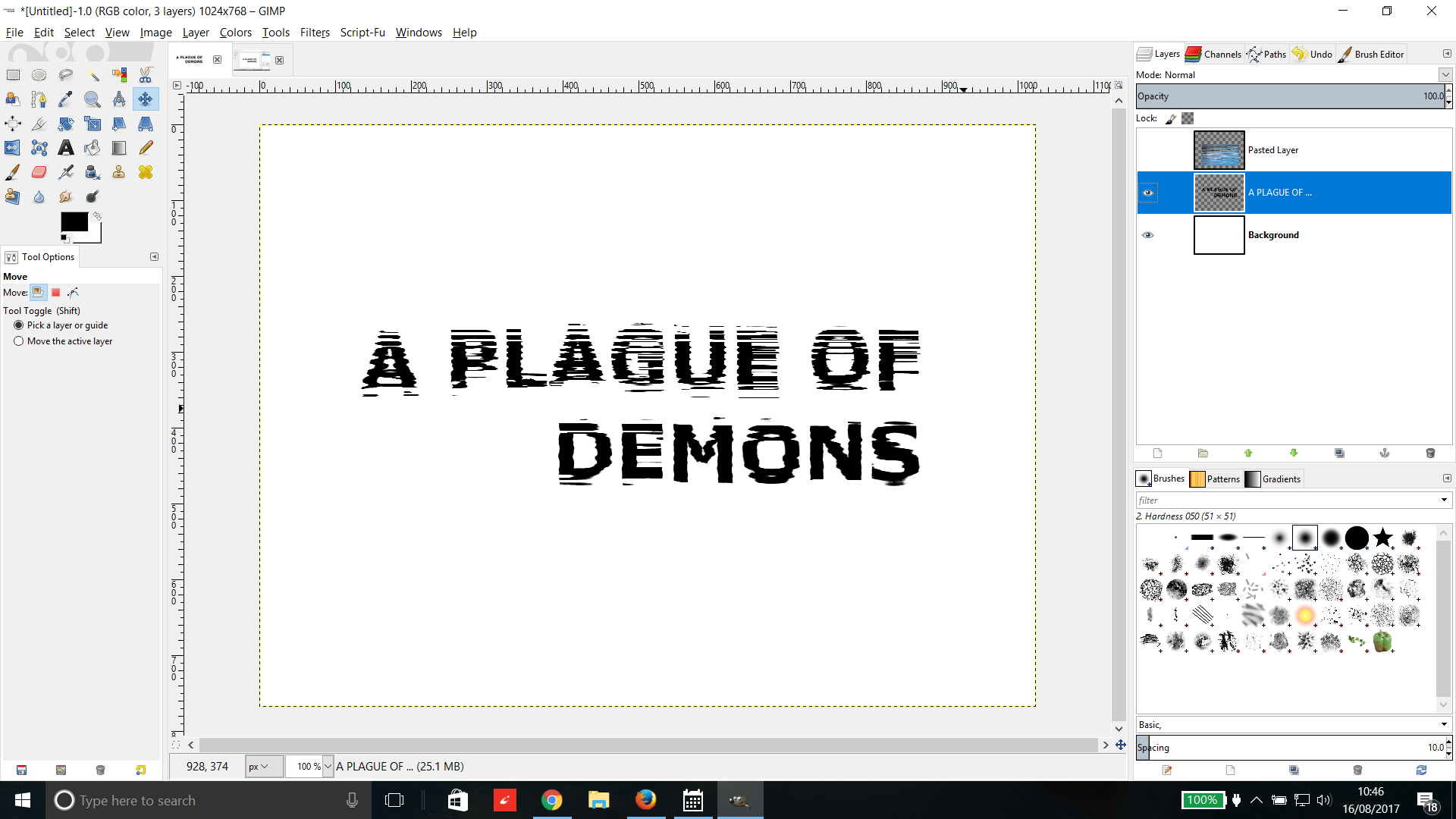 Not exactly what you're after, and not in your app choice, but this is where I got to with a quick twiddle in After Effects: 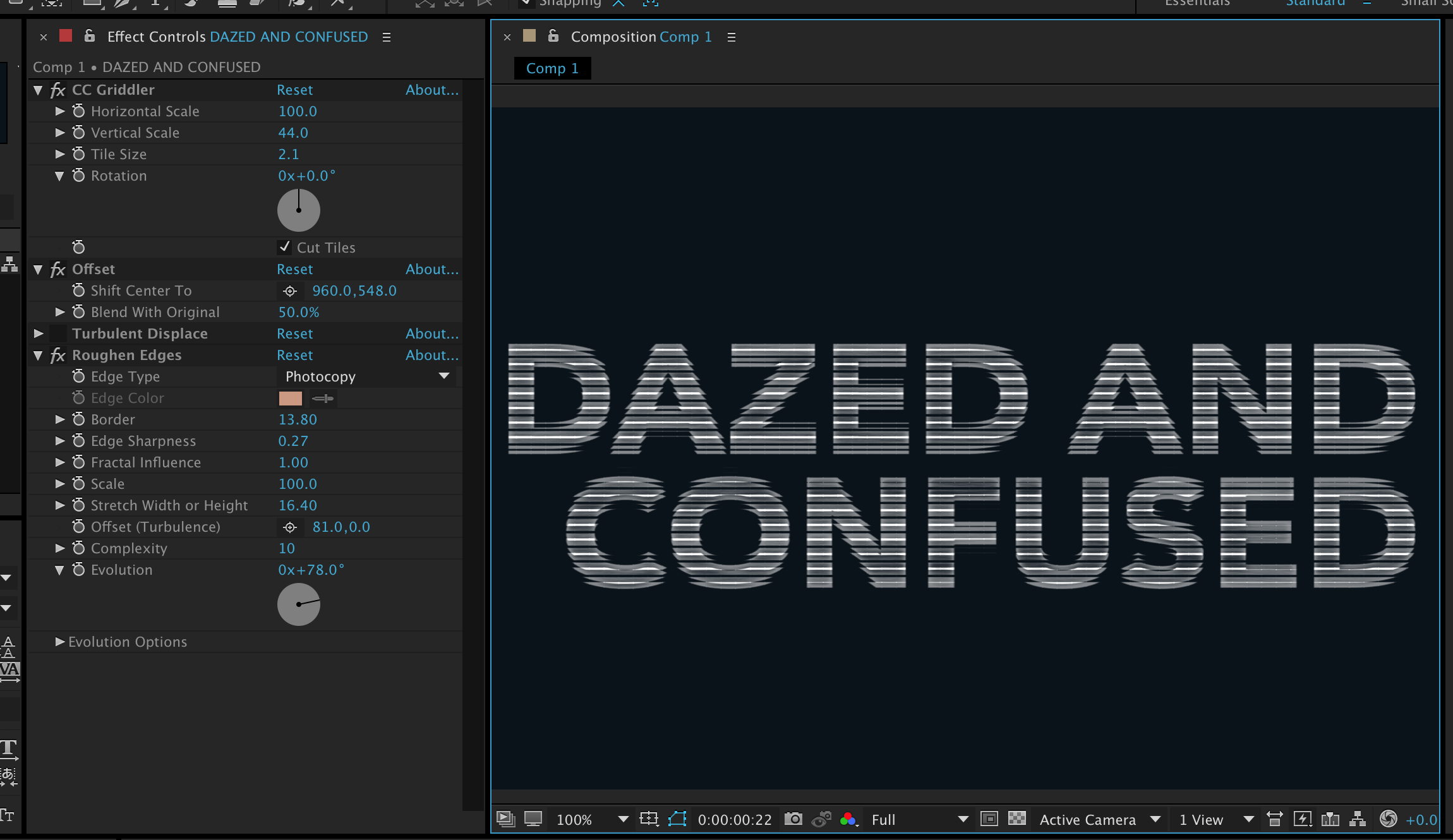 In the screenshot the Effects Controls panel is shown. In this control panel are the names of the Effects applied ("CC Griddler" and "Offset") to the text object, and the settings of each of the parameters changed to influence the outcome on the right.

Not the answer you're looking for? Browse other questions tagged adobe-photoshop distort or ask your own question.