Photoshop: how to make a reflected floor and wall

I'm trying to make a simple gray floor and wall. Here's what i have so far: 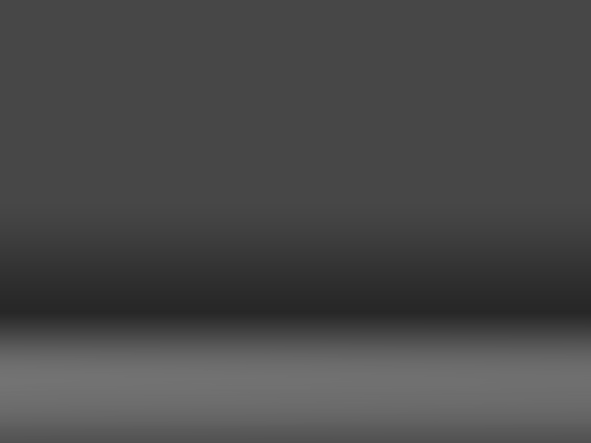 I have filled the background with gray color then added a gradient where the floor and wall should be divided, then applied a white gradient on the floor to make it reflective.

I need a more realistic photo, something like this: 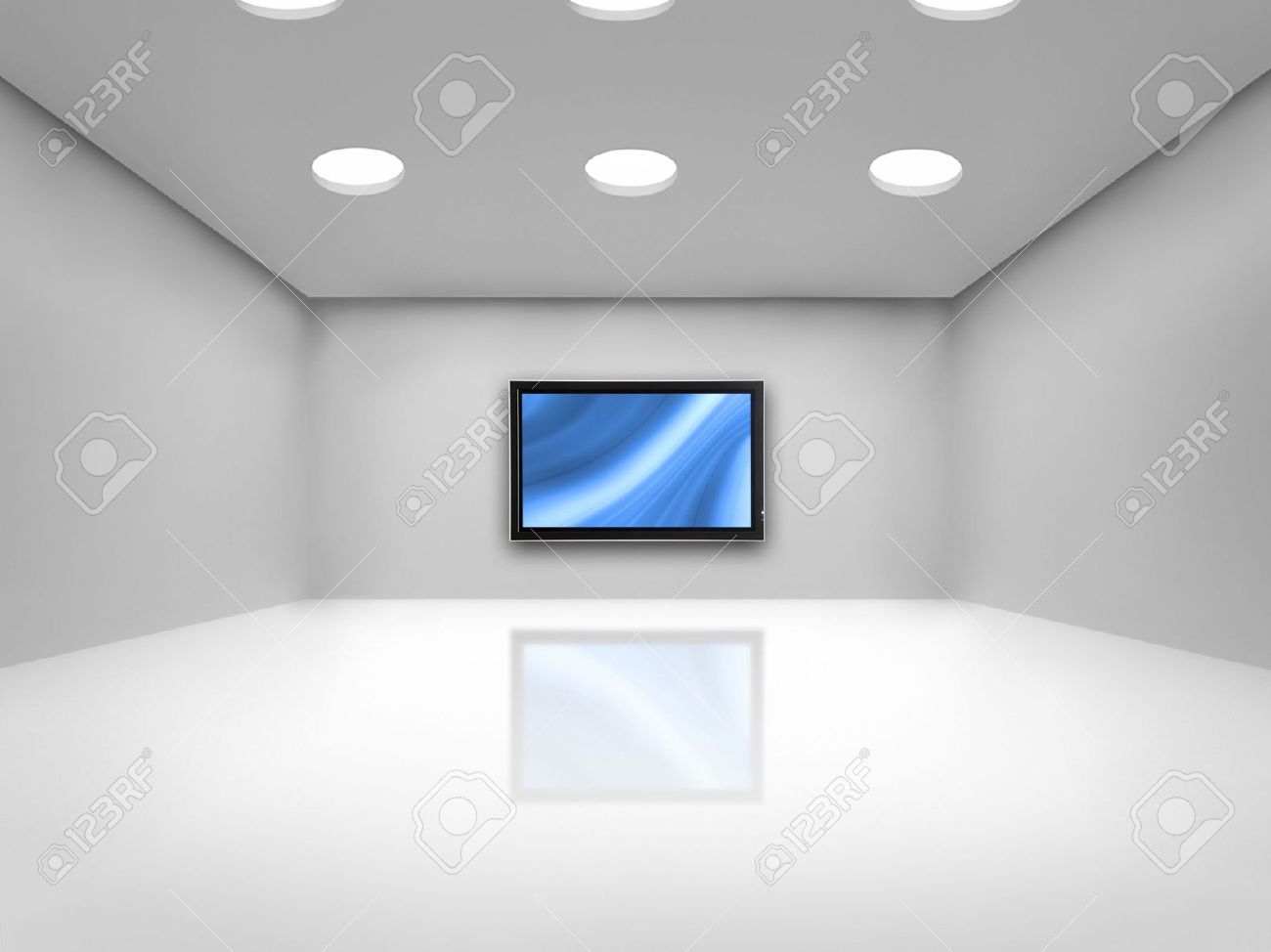 Your atempt could be realistic as long you are making a seamless difusse gray background.

Seamless is a roll of paper that you do not fold so you have a curved background.

But you have another problem, you are making a "curved gradient" (B). Make a straight one (C) 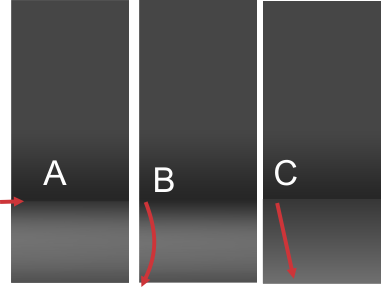 But if you want other features, like a reflective one, you need to actually have SOMETHING to reflect (D).

Ia am not sure if you want a dark background or a white one. I'll change it to white. 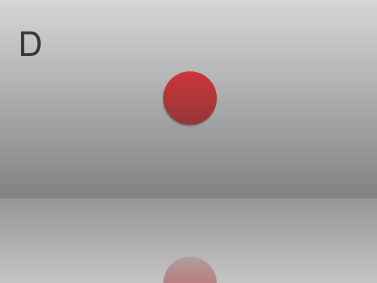 But also in your target image you have a celling... did you noticed that?

The idea of the gradients come with this logic: The lights are on the celling pointing down, so you have more light on the floor. (E) 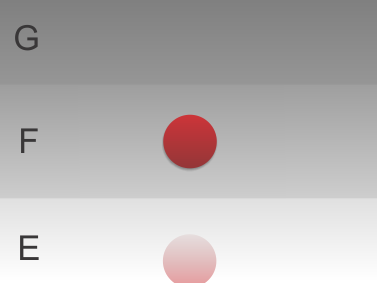 Also, a background is diferent from a room... A room has perspective given by the walls (H) and its respective reflection (I) 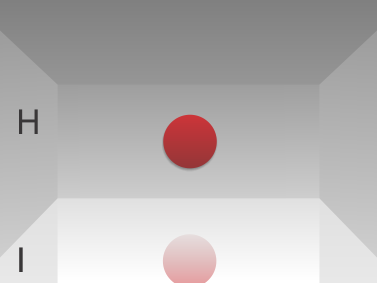 But there is an aditional effect on your second image. It is a 3D render with one thing called Ambient Oclussion. This is in the corners that are more "hidden" there is a shadow. This zone is most likely to be in shade. 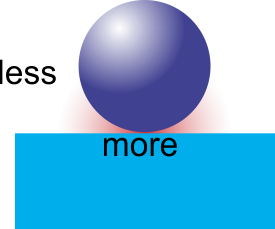 So in the image you see this "shadow"... ambient oclussion (J). 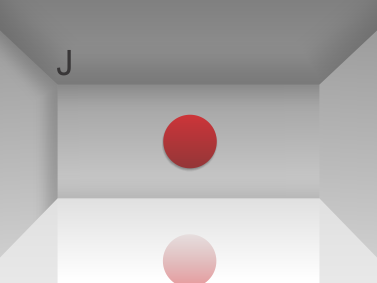 The idea is to make a copy of the wall (and whatever is on the wall) and mirror it horizontally. 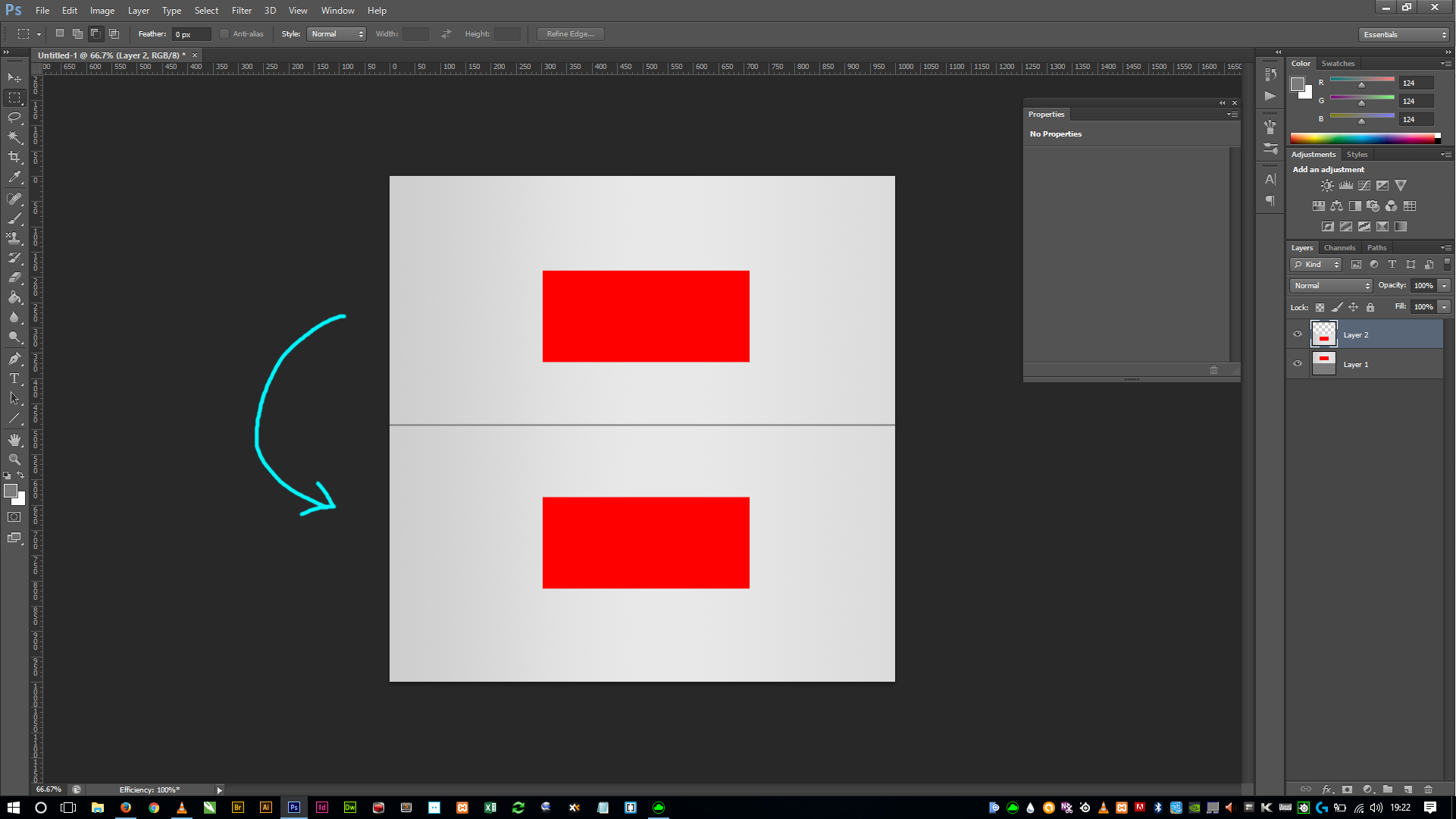 And then to apply an opacity on it evenly 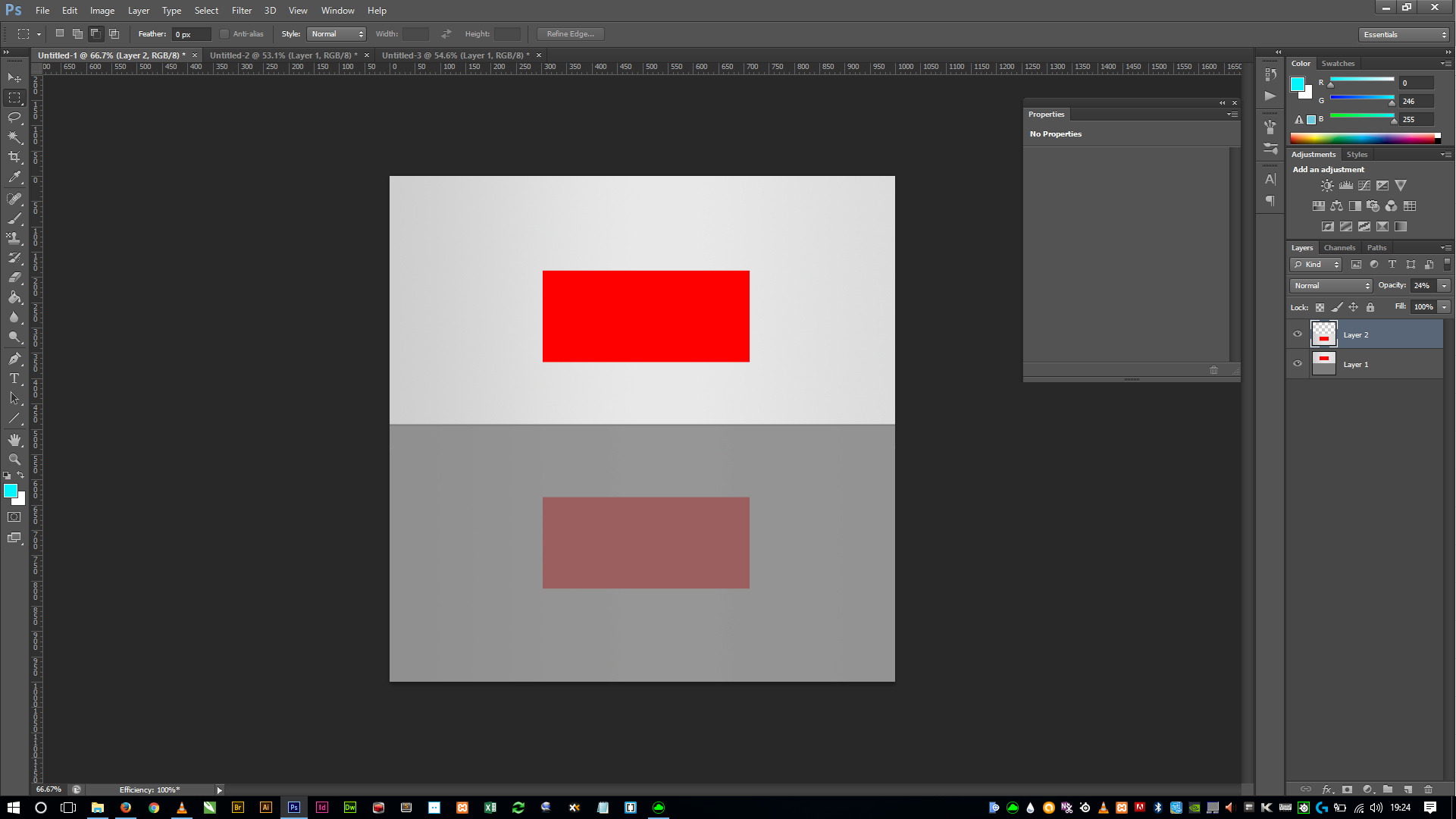 or as a linear opacity where as you go down it fades away. 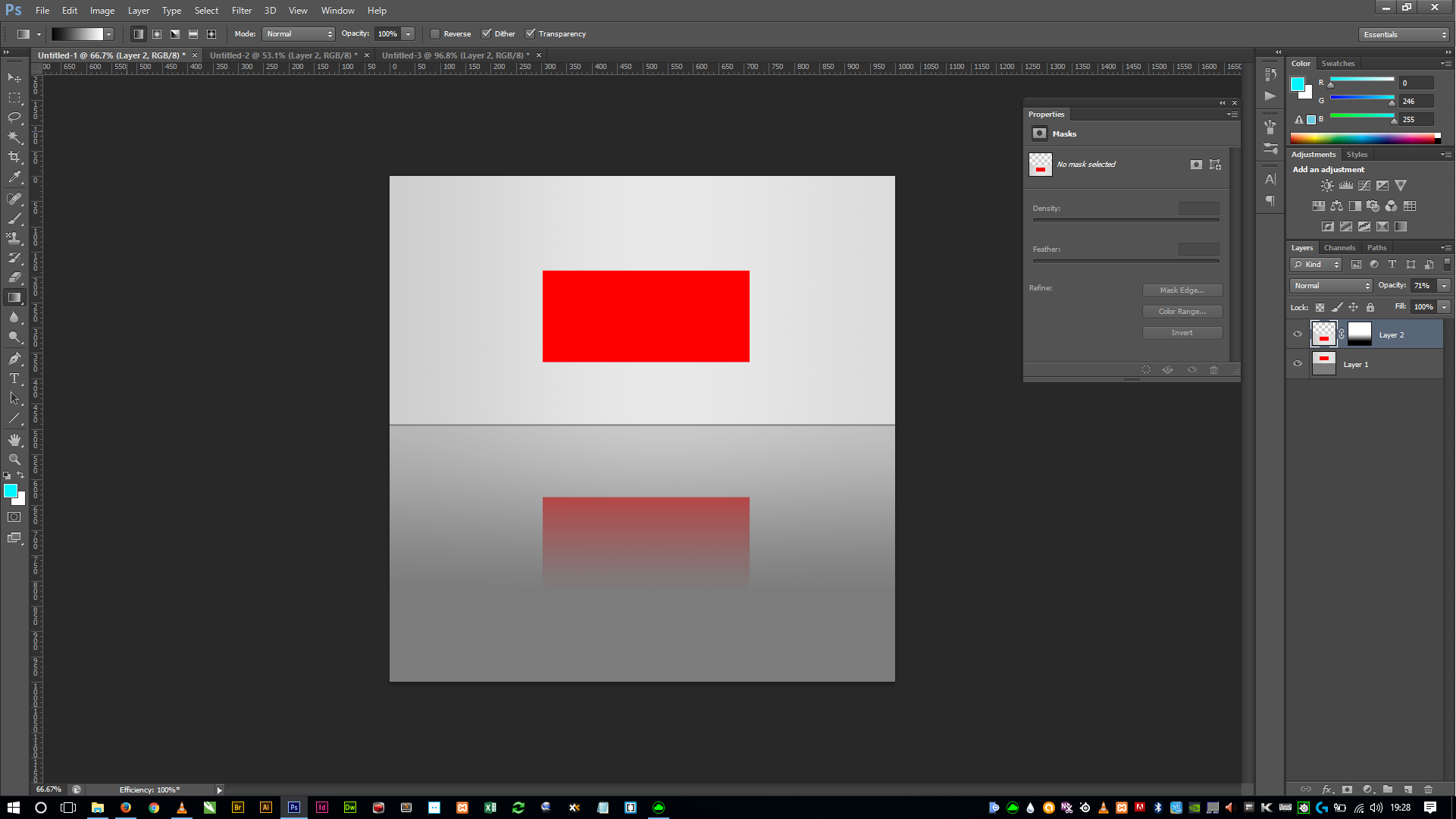 Another tip is to use more subtle gradients - rather than such heavy ones. You can also apply a Gaussian blur to the mirrored image to create a different effect.

Not the answer you're looking for? Browse other questions tagged adobe-photoshop reflection or ask your own question.

0
Clipping a photo to a rounded gradient background
3
How to create a realistic shadow between wall and floor in Photoshop or GIMP?
6
How to make a logo single-colored?
2
How do you make a binary image in Photoshop?
0
How do I turn gray and white pixels on black lineart into a transparent gradiant?
2
How can I change the white color to random so it's still looking good?
1
Photoshop how to make a collage from images with the same complex background
0
If an image has text in it, how can I change the background color of the image?