What program is functional, yet simple to work with in order to create a 3D model?

I'm fairly new to this 'creating models' and shapes on an online program. I'm willing to create a model for a Digital Design class I take and wonder what program to use.

I've made an account for scratchcad, but need a WEBGL in order to use it and not too sure if I can do this on the device that I have...

My idea is a small device that converts sound energy to electrical energy and it looks like a speaker, because it would use that energy collected to fuel it's own power to play music.

Seemingly you have tried ScratchyCAD and saw it quite clunky, blocky and uninspiring tool for artistic work. Rather you want to draw and drag like in drawing programs and probably you have the ultimate dream of some 3D input device that makes possible to sculpt like a sculptor does with clay.

The ultimate option is only a dream only until a few thousand dollars is available for one seat. But free 3D is available in more intuitive form than ScratchyCAD. As proposed, the free version of Trimble Skethcup is a viable start. It's not a cloud application, but an installable one. WebGL export is possible by installing an extension for that. Skehtcup has a vast collection of downloadable extensions and 3D models in its web warehouses. Those warehouses hold free and commercial stuff.

Sketchup is not the best tool for organic 3D shapes, but there exists many extensions that help to make more easily free form 3D shapes than the basic from 2D to 3D extrusion tools (Push, Pull, Follow a curve)

Another freebie for getting easily into 3D is DesignSpark Mechanical. It has more advanced, but still intuitive 3D tools available than Sketchup. Even the paid version of Sketchup does not be as flexible as DesignSpark's.

DesignSpark Mechanical is not good for organic shapes. It's a bare bone version of top notch CAD program SpaceClaim Engineer. The full version costs a fortune and can handle highly complex surfaces and volumes, but it still is a CAD tool, not designed for the creative artist who likes to create human figures, animals, flowers etc...

DesignSpark Mechanical exports its stuff as polygon mesh and it's very well importable to Sketchup. So, the way to WebGL exists also from DesignSpark's.

The following elementary furniture is hammred together in DesignSpark's and imported to Sketchup for coloring and simple rendering with perspective and shadows. 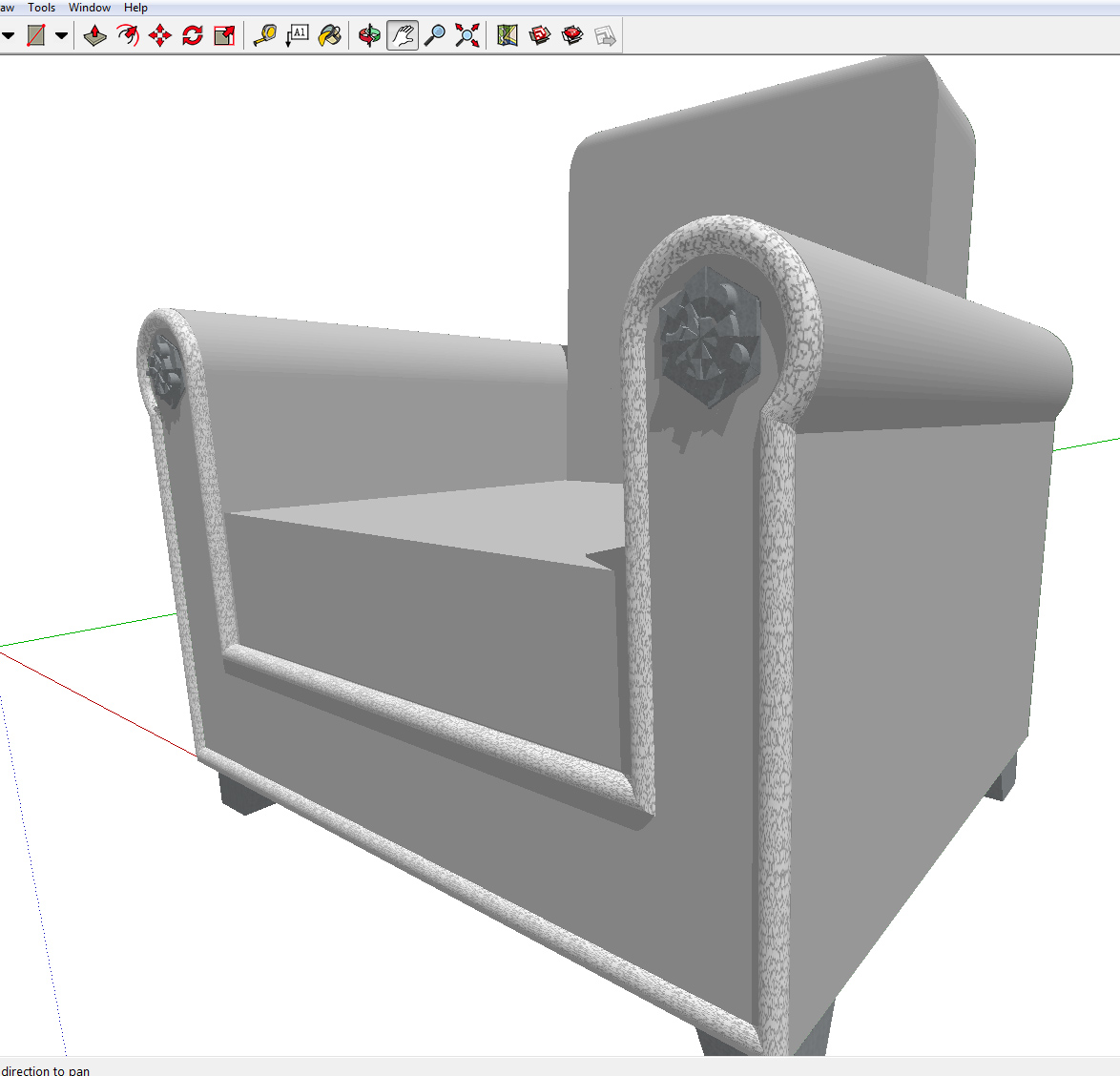 Blender is often mentioned as a good freebie for 3D and that it is. Complex videogane figures can get their births in Blender, but its usage is not intuitive due its enormous abilities. The beginner easily looses his idea when trying to figure out, which tool or parameter is the right.

3D software for artists differ radically from CAD software. The main goal is to make possible totally free form modelling. The clunky CAD like tools are there definitely in the secondary bank of the means. One example: ZBrush by Pixologic. They have a freebie, too. It's their Sculptris, a clay modeller that really reveals, if you have got what it takes to get high quality results with free form 3D software.

Finally: a couple of links to online (run in your web browser) 3D modelling software sites that are free to use or at least have a free option

For a user who's just starting out, and needs an engineer's toolset in 3D, I recommend Onshape highly. See this thread for more details:

Has the tools you'll need, a nice learning curve and tutorials, is free, and if you become decent with the tool, easily allows collaborative work if your classes get you to the point of shared project work.

The second part of your question is irrelevant. It does not matter what you want to create.

The best option is blender, but due your limitations on hardware the last version wont work, so you probably need to use version 2.76

In the remote case that does not work either try an earlier version but keep it above version 2.57.

Another option is Sketchup Make that is a free version but it is more limited in features, but it is very easy to use.

A 3d model normally is rendered into a still image or video. to interact with it you need to have the program itself installed on the target computer, or exported to a generic 3d model language, like webgl.

0
With what software I can create 3d expo booth designs?
2
What program can I use to convert a 2D industrial design plan to 3D model?
1
What are the options for animating a camera sequence with 3D Max files?
4
Software recommendation: What program can I use to create maps like these?
6
What program do I use to create a manual or catalog?
3
Extracting vertex data of a 3D Model using 3D Modelling software
0
What word processing tools that can work with complicate text boxing?
6
program to create simple animations for visualization?
2
What is appropriate visual tool to trace a simple cartoon with minimal points?