I'm designing and printing an image with some text at 450cm x 250cm for a exhibition backdrop. What resolution is needed? [duplicate]

Will a shutterstock image work for this or do I need a better quality image?

Is my calculation correct: DPI will be 34? Is that too low if people will be standing 1m from artwork?

Here is nifty table that I use to calculate the optimal resolution. The idea behind it is that the viewer is standing in such distance that he can see whole picture. (so the 10x10m is billboard while 1x2 is rollup) This is for solvent printing 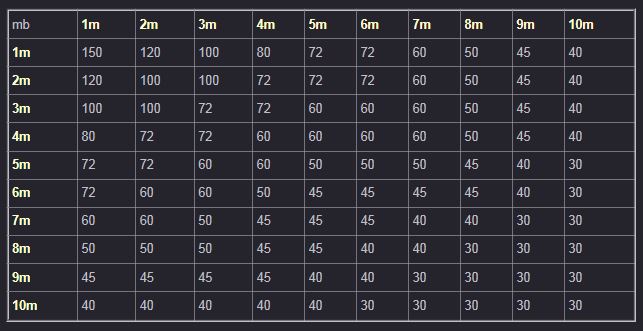 You probably looked at that table and think: oh no, but mu picture should have 72 dpi and I only have 34!

But don't worry, remember that the dot for big prints are not crisp as in offset printing.
So do not hesitate to upscale the resolution. If you are afraid of the look do a simply action in photoshop that will upscale the photo by 10% so you will have more control over the outcome and can came in with sharpen filter.

AGAIN Have in mind that the mayor role play what is on the photo. If you have some trees, grass, waterfall on it I wouldn't be afraid to print it even with 10 DPI.
But if you have something that have clear lines, strong contrast between colors then you should pay bigger attention to those places.

Not the answer you're looking for? Browse other questions tagged print-design resolution pixelation billboard or ask your own question.

70
What resolution should a large format artwork for print be?

30
What DPI should be used for what situations?
3
How do I determine what the image file format and resolution should be when scanning?
1
What are the best settings to design poster at 2.6m x 3.05m in Photoshop?
1
Optical Resolution vs. Print Quality When Scanning Art for Traditional Offset Printing
0
How to export JPGs at different sizes without losing image quality?
2
Guidelines for printing a raster image of text?