Does After Effects have an outline mode like Illustrator?

I am applying several effects on my layers in After Effects, which make the layers look like one shape. I need to get the outline of this shape, similar to the outline mode in Illustrator. Can this be done in After Effects or is there any workaround?

As joojaa says, not really, and you're limited to seeing a single layer's paths at a time.

What may (or may not) help is having a wireframe view (you can even turn on two views; one full preview and one wireframe), which will show you all your layer's bounding boxes and the paths of any selected layer:

It's also worth noting that you can have multiple shapes on a single shape layer (each with their own colors/styles etc.), which will then—since they're on a single layer—show you all the paths when selected in wireframe view: 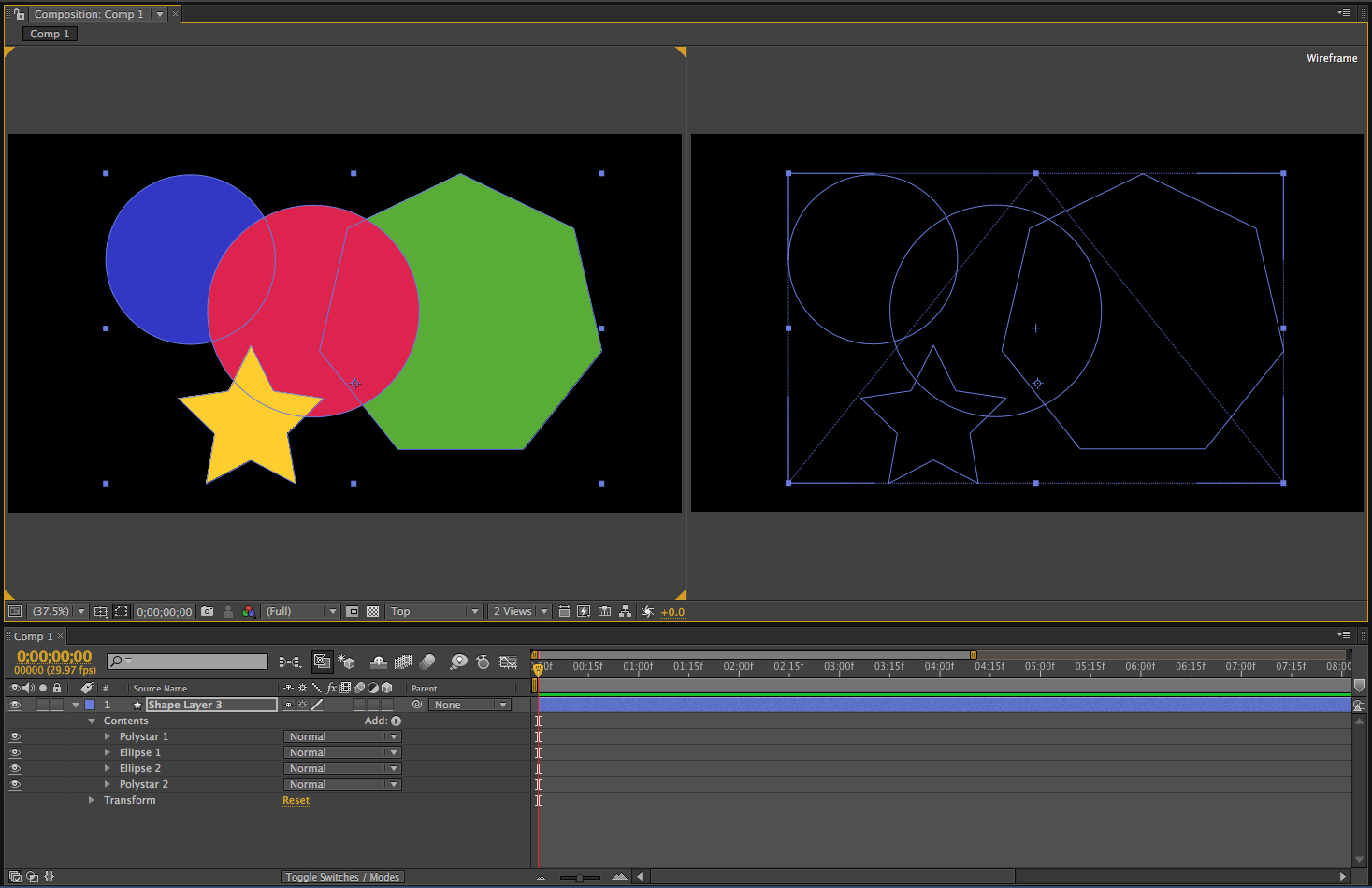 Not really, After Effects is not a drawing application. You can however try to circumvent this with something that is somewhat similar. If you disable the layers visibility but still select this layer than all the shapes will highlight. Unfortunately you can only highlight one shape layers all shapes at once.

Of course you could toggle lines only rendering for all shapes and then back with a script.

Not the answer you're looking for? Browse other questions tagged layers shapes path adobe-after-effects or ask your own question.