How to create a document with alternating (left and right) master pages without working in spreads?

I am creating a large pricelist with multiple (15) master pages (for example, pages 1–10 have Master A and 10–20 have master B and so on). The end result will bee a saddle-stitched booklet that the printer would like as a single page PDF, but my problem is that I can not use the benefit of left and right master pages unless I use spreads in my document.

If I want the odd and even pages to have alternating master layouts (i.e., so the page number is always in the outside corner of the booklet), I need to set up the document in spreads (or facing pages) then I do not have get bleed down the centre of the spread from page to page which I need when sending through to the printer.

Is the only way to do this by creating master pages for the left and then for the right and then applying them manually to the document?

I hope this made some sense, as it confused me even trying to explain.

So if I were to change the document to have facing pages (which it does not currently because I wanted to have bleed on all sides). Remembering when it comes to printing (as the document is going to be saddle-stitched) the pages on the working document will not be on the same sheet in the booklet.

If I am to have the 3mm inner bleed the example below shows what happens, as expected it picks up the opposite page on the spread (which for printing purposes would not be on the same sheet): 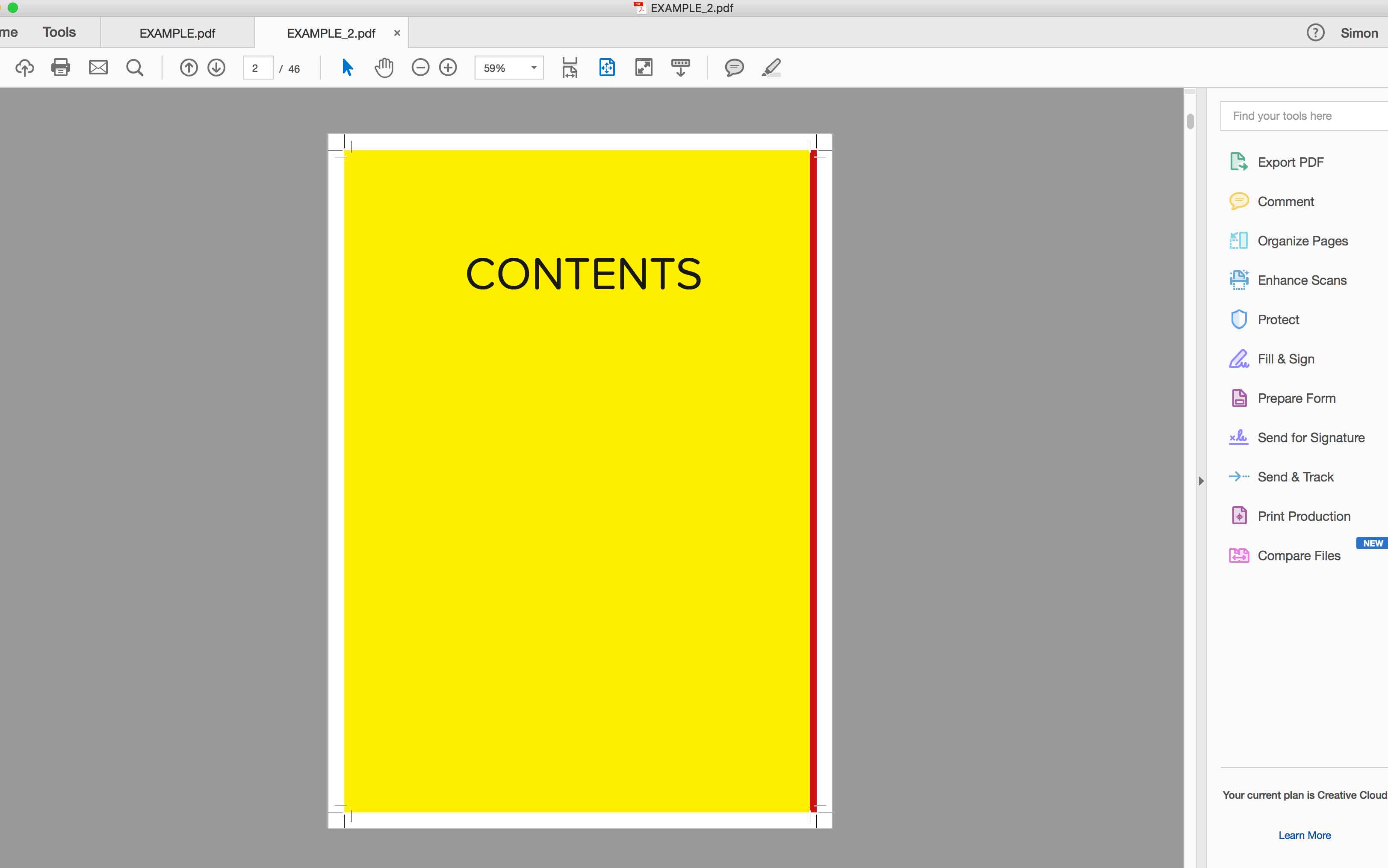 If I take off the inner bleed and have no bleed at all (see image below), yes this does work but then the document has no bleed on one side (the right in this example): 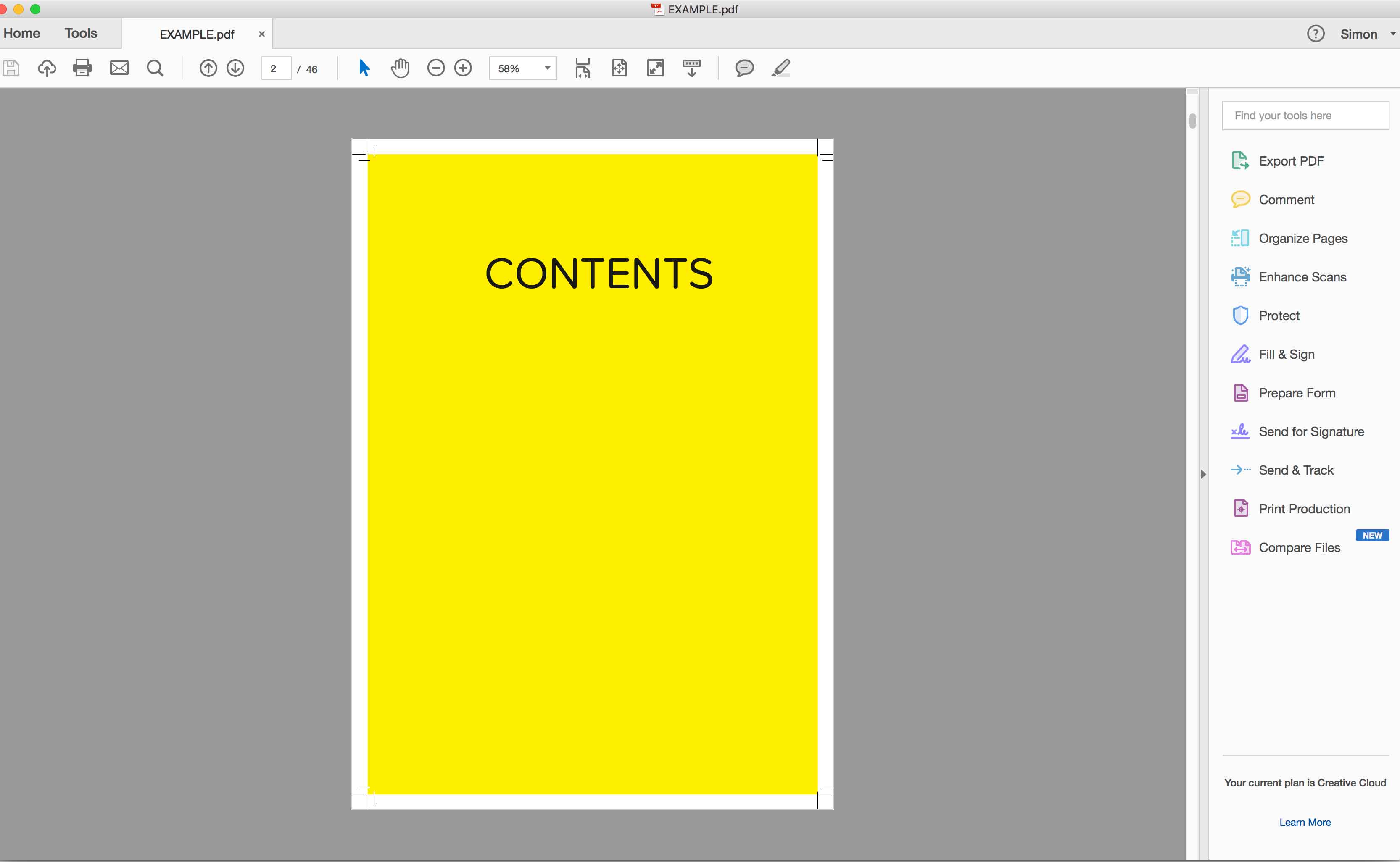 Maybe I am getting too caught up with bleeds, but for the sake of having bleed on all sides? Anything that I am missing here?

Unless i am missing something here... do use spreads and export as single pages, which should add bleed on all sides. 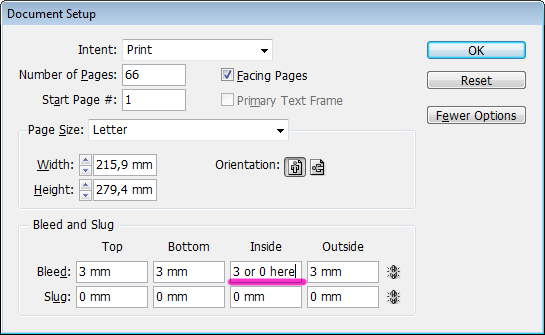 There's really no issue.... you may be overthinking this. I do that at times :)

(related but with facing pages https://graphicdesign.stackexchange.com/a/37956/3270 )

It's the same with or without facing pages. You do not need facing pages, In fact, I've created more multipage files in my career than I could possibly count and I never use facing pages.

If you aren't using facing pages, you still set up a 2-page Master (with bleeds).

Note the bleeds:
(indicated by the thin red line outside the page for anyone unfamiliar with InDesign) 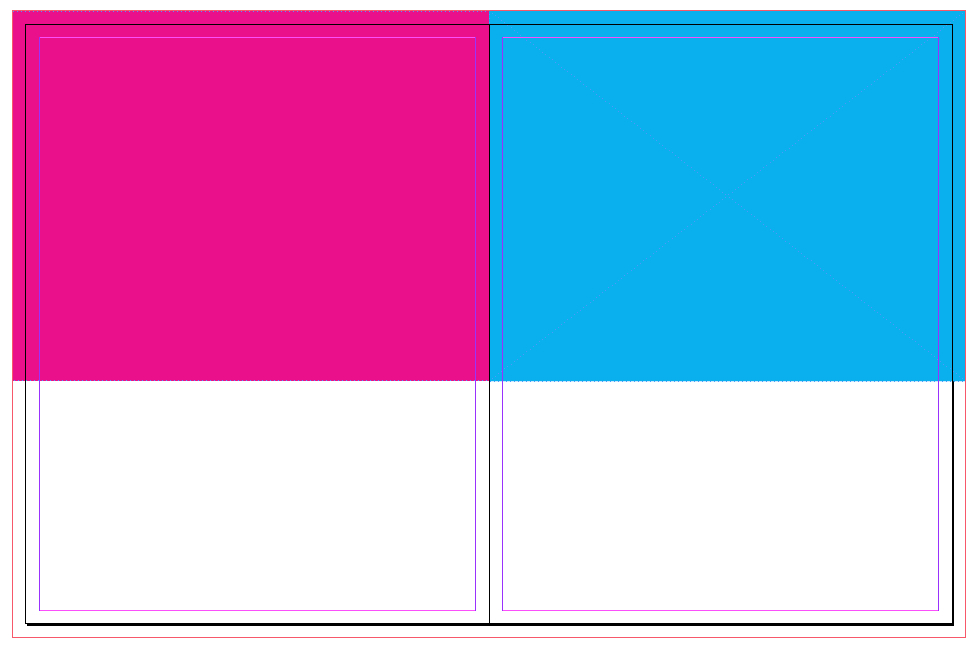 The color boxes stop at the inner edge. However, if output as single pages... they will include the [bleed width] from the opposite page, as they should. But output as spreads and they look how the spread looks in InDesign. 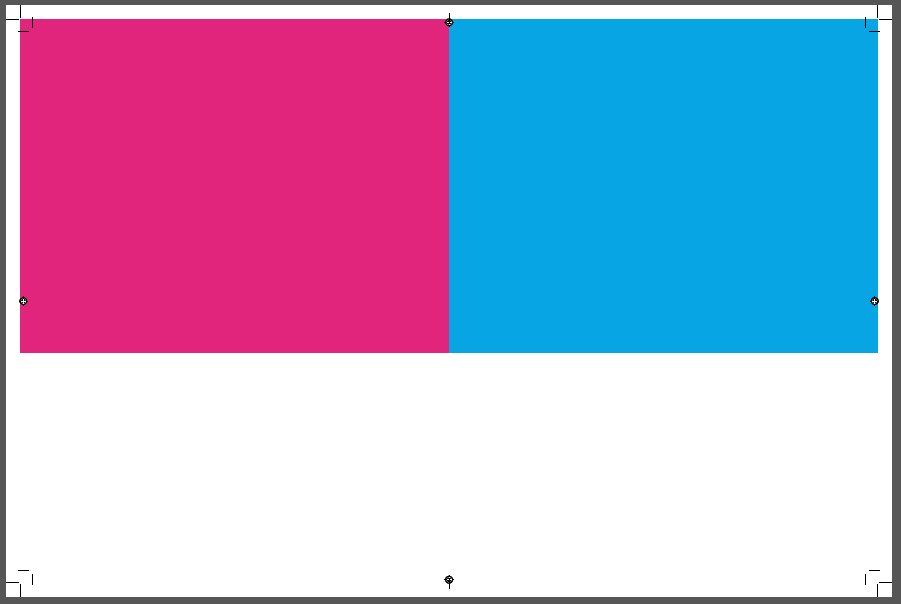 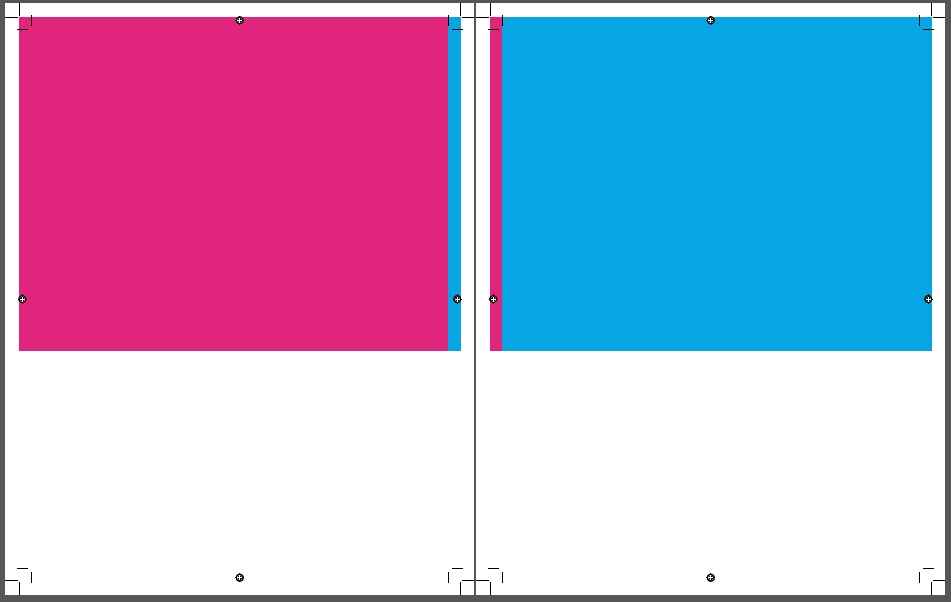 The above image contains two separate pages, merely placed closely together for the screenshot

The only thing I changed for the last two images was whether or not the the Spreads or Pages options in the Export dialog window were ticked:

It also seems you are concerned with imposition. Well that's generally not the designer's job. That's for the prepress department to work out. And customarily they want single page PDF so they can impose them properly using software such as Preps or similar. You set your file up as I've described above in reader spreads, then export as single pages. The printing company then takes your single pages and imposes them to printer spreads. At least this is how 99% of my work has been done. There are occasions where I'm asked to impose to printer spreads... and what I do.... The same thing. Set up as above, export as single pages, then open a new InDesign file the size of the spread and place each (single) page of the PDF in the proper location... then export that file to spreads.

As far as I know, if you want proper bleed output for spreads or single pages, you must work in spreads, facing pages or not. I don't believe there's a feature in InDesign to output a single page, full bleed, document as spreads properly.

I was going to suggest the Page tool to merely add a gap between pages. However, if you do that, when outputting to spreads, that gap will appear in the output (which is either a bug or just bad Adobe logic).

My initial thought, but there's probably a better way to do this, would be to have 30 master pages, instead of 15. Master page 1_left and 1_right etc.

Since you would have to design both sides of the master pages anyway, the only extra work would come from alternating the masters based on page number.

Just like Lucian, I don't think you need to split your pages. Just keep working with facing pages and export non spread Pdf. See Lucian's answer.
The only case I see where your request may be relevant is preparing a doc for spiral binding. In this case, you may want to keep facing pages AND split pages in order to bé able to have fully turning bleed for each page.
Please read https://indesignsecrets.com/breaking-pages-apart-to-bleed-off-a-spine.php to understand how to proceed.
Also this could bé automated by using script. Scroll down above link's comments to find Harb's useful script.

Not the answer you're looking for? Browse other questions tagged adobe-indesign print-design page-layout print-production bleed or ask your own question.

1
Why are my export files different from my Indesign artboards?
2
How to put a 'gap' between pages in a spread in Indesign
3
Purpose of InDesign spread bleeding onto facing page?
4
How to have full bleed between two facing pages Indesign
2
InDesign zero inner bleed not possible
3
InDesign CS5.5/CS6: How to work with facing pages, but retain bleed area all around each page?
2
Layout booklet in inDesign
3
Background images that span 2 facing pages
1
How to set up pages for a 11x17" print document
1
InDesign: export single pages as spreads
See more linked questions

3
Converting InDesign CS6 document to printer spreads using print booklet
4
How do I print my book using Indesign cs6 and have the pages come out in the right order?
0
Getting saddle-stitched booklets printed (cheaply)
0
InDesign: Adjust object position when shuffling left/right pages
3
Background images that span 2 facing pages
2
Is it possible to apply a right side master to a left side page in InDesign?
3
InDesign CS5.5/CS6: How to work with facing pages, but retain bleed area all around each page?
0
How to stop new pages from always aligning to the right of the spine
1
3 page spread in saddle stitch publication - InDesign CS6