I'm somewhat new to Corel Draw and I have an image (see below) which I want to cut with a vinyl cutter. It includes the dielines that the cutter will cut but I had to do some modifications and I want to join two nodes. When I join them there's a line that is like a path between the two nodes.

Should I delete it so the plotter will not cut that line and ruin the image or will it not interfere with cutting? 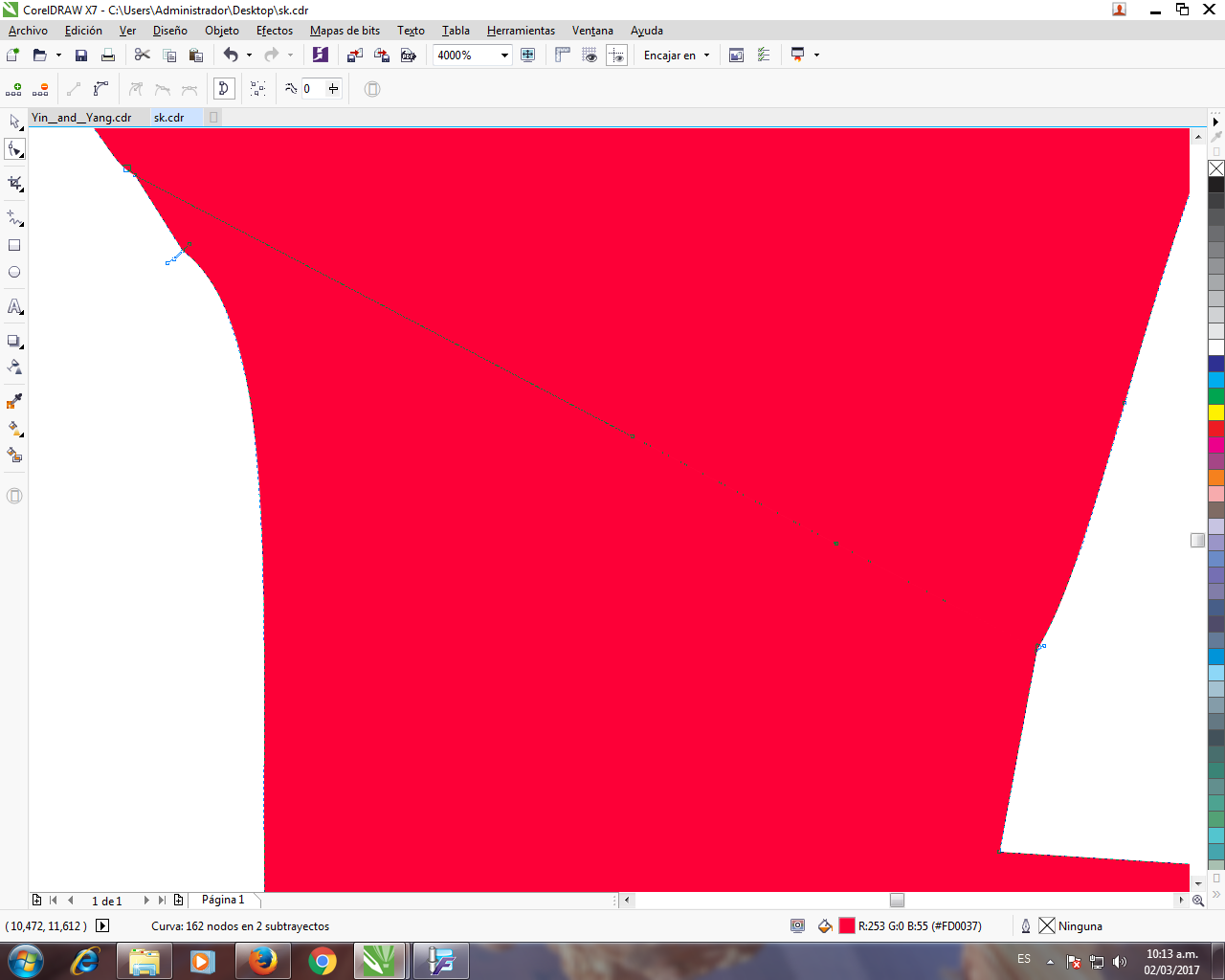 For cutting there should exist exactly those paths that the cutter should slash along. Remove the extra paths. Select your extra line and press DEL. It should vanish and the 2 nodes, too.

If you're already succeeded to split your shape to 2 adjacent, but separate parts, this does not work. You must combine those parts again to one or (a more sure way) load from file your previous version that you know not having any obscure faults. If you're a beginner, you should save often and change the filename, too to keep possible to return back.

Hopefully you work in the same layer where your shape is. If not, then go into it.

You have the right tool selected. This is the curve editing tool. Hover the cursor over a curve, you see, when you are near enough - there is an indicator symbol (tilde).

If you press the mouse button and move the cursor, the curve moves, but the change is in the nearest old nodes. If you double click on the curve, you create a new node. That can be moved and its Bezier handles can be adjusted.

Do not kill an unwanted node by DEL because the result may be quite unexpected. You kill a piece of the curve, too and replace it with one drawn between the adjacent nodes with their old handle settings.

Double click on the unwanted node to remove it and have the curve otherwise as unchanged as possible. The handles in the adjacent nodes adapt intelligently.

Not the answer you're looking for? Browse other questions tagged corel-draw dieline diecut or ask your own question.

4
How can I give a name to an image in Corel with Eps format?
1
Broken PLT(HPGL) lines on re-importing, PLT(HPGL) exports from very high node count SVG files in CorelDraw GS X4 & X6
0
How to smooth jagged edges on vector corel draw
2
Can I define the number of nodes in Coreldraw?
3
Progressive line width increase in corel draw
2
How Do I Cut A Hole In An Image In Corel Draw?
1
Help With Vector Images
2
Connecting multiple selected nodes (B-spline) - Corel Draw
0
How can I merge two Corel Draw files
3
converted vector image doesnt show correctly in corel draw