I want to remove the overlaps from a multishape design 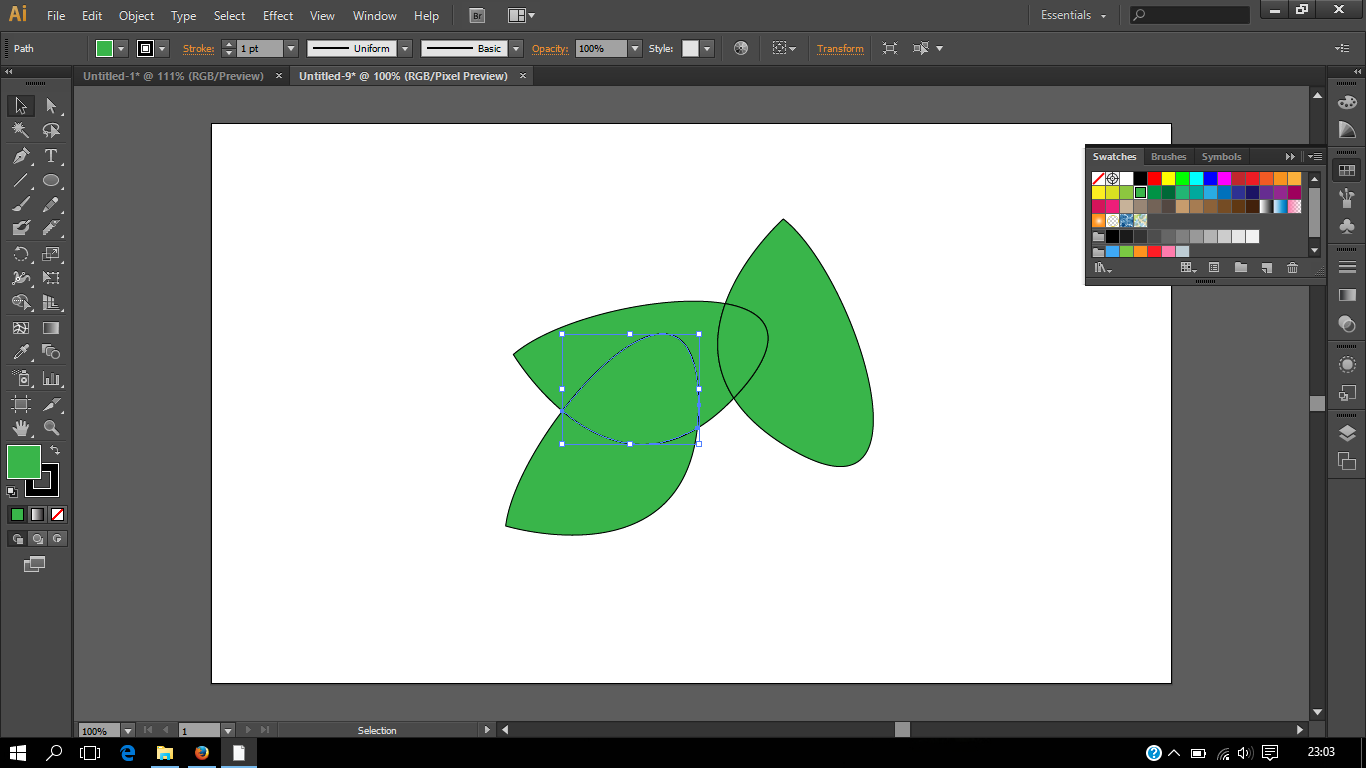 I want to remove the selected part from the design. I have used rotate tool to make the copies and divided them by the Pathfinder panel/Divide. I have ungrouped the result.

Now I want to remove the selected path and leave the original green clean surface. By pressing "delete" I get a white hole. What to do? PLEASE, HELP.

Actually you really got the overlap deleted, but probably you want to combine it to one of the slices and not to delete it. So select the overlap-slice and another slice. In the Patfinder panel press Unite.

You can unite all copies if you want only one path.

Also Pathfinder/Merge does the trick somehow. It - kills the overlaps, but do not leave holes - removes the visible stroke and group all.

It's still possible to ungroup the slices and to give strokes to them.

Check also, if Object > Arrange > Bring to front for some parts just after the copying is enough. The blue place indicators of the paths are not visible if not wanted.

Not the answer you're looking for? Browse other questions tagged adobe-illustrator tools or ask your own question.

2
Dividing a colour wheel (gaps)
0
How to create an orthogonal triad of vectors as a single object in Adobe Illustrator CC 2015
2
Illustrator: how to intersect shapes properly
0
How to find new positions for divided circle to create 80px gaps
0
Remove part of shape that's outside another shape
0
Adobe Illustrator simple question. How to recreate simple ellipse?
1
Illustrator: How to trim of the edges of a line such that the line is aligned with the boundaries of a rectangel
4
Create a 3D cone in Illustrator with rainbow colors
0
How to remove an overlapping area from the shape below it?