I'm developing a logo for a makerspace (please search) in Louisiana on what's considered the "Northshore" area of the state. This makerspace has strong military roots and appreciation, and will offer sizable discounts and savings for both active military and veterans. This is not exclusive to military personnel, and it will be available to anyone who wishes to join or support. The logo idea that we had from the get go is to incorporate familiar military patches from different branches of service, as well as something to identify it as a makerspace, and possibly keep it related to the geographical area.

Some military logos to look up are:

The name is going to be called: 1st Maker Battalion.

As I don't have reputation enough to post as many links as I would like, I'll save it for our own designs so far. 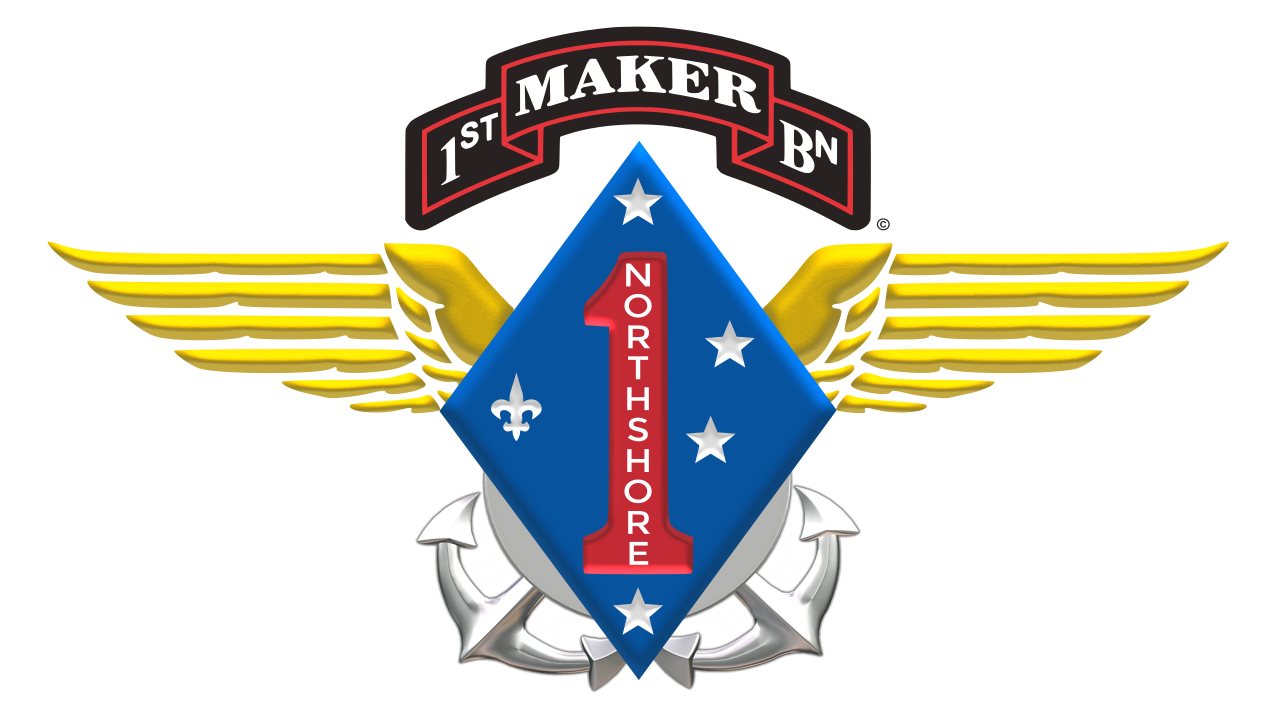 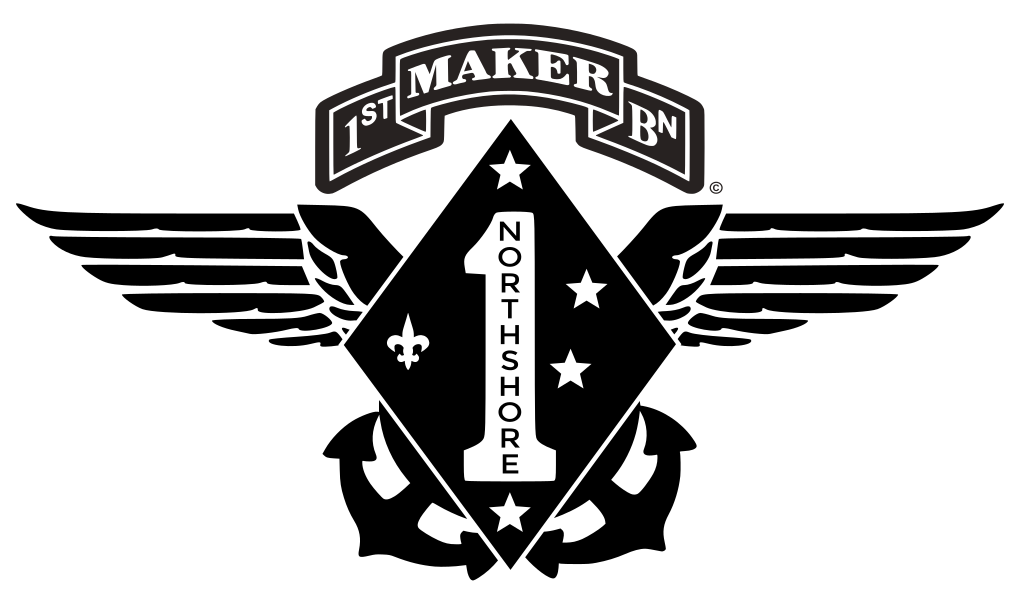 I know I need to clean up the edges in some areas, and the scroll at the top is a different shade of black than the rest of it, I was really looking for whether this design works as a whole or not. Also where do you think the copyright should go? Any comments would be much appreciated. Feel free to comment and critique as much as you'd like, as well as offer any sketches or designs of your own interpretations of the business and it's logo.

First, I think overall this is pretty solid. More so in the one color version. I'm not a fan of the color rendering.

I don't really have much more to comment on with the rest of the single color version. I think it's overall bold, striking, and conveys that "military" feel fairly well. I may possibly ask what the significance is of the, apparent random, placement of the stars and flour de lis is meant to imply. Perhaps the French Quarter or some homage to Louisiana specifically? (I didn't go searching for LA imagery)

After all that being written.... I really dislike the color version. Seriously, anyone with a bootleg copy of Photoshop can tick the bevel and emboss option. Canned bevel and emboss effects immediately cheapen anything. The banner at the top is striking and solid.. everything below it is wimpy, pastel, and washed out. It's not so much the color choices as it is the value choices. The black, red, blue, yellow/gold, and grey is a decent combination... but a solid black and a deep red followed by a pastel baby blue and a pastel yellow doesn't work for me. You need a more bold, striking blue and I'm not certain yellow is a wise choice, at least not so close to a straight Y value. In addition, the apparently "shiny" anchors don't work for me either. In terms of color values it's very top heavy, which is a direct contradiction with the visuals (anchors at the bottom and all). It needs far more balance where color is concerned.

Not the answer you're looking for? Browse other questions tagged color vector logo critique or ask your own question.