Illustrator: how to add isometric shadows

I´ve been wondering how to do this kind of shadows (image below) as real as possible. Is there any technique to apply? I did search for tutorials but unfortunately I couldn´t find anything on this specific topic. 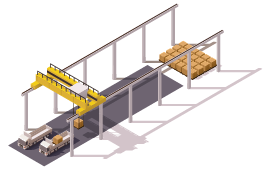 Doing accurate shadows is quite easy, albeit a bit tedious. All you need is to do is to systematically find intersections of lines. Not all that different from drawing (or constructing) the original orthographic or perspective images in the first place.

These are quite idealized models, there are others, but should be sufficient for your needs. The example image you show is displaying a directional shadow.

* A 1 kilometer wide object (two of the largest oil tankers end to end) would have 0.004 degree angle deviation form parallel between edges of the shadow if you would model the sun as a point light. This seems close enough to parallel. 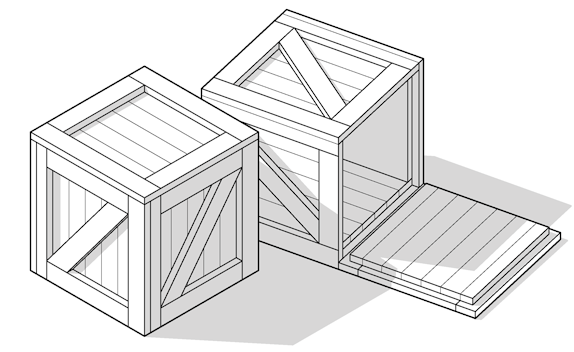 I will begin by describing directional shadows, because they are slightly simpler (or faster) to construct than point lights. Mainly because you can share the construction line.

Start by constructing your isometric scene. Keep in mind that you may need to deduce the height of objects later. So doing some bookkeeping may help you later, so store relevant info in a notes layer.

The basic idea is to find the intersection of a line and a plane, virtual or otherwise. We do this by first deicing the direction of the shadow and one corner on the primary (ground) plane. 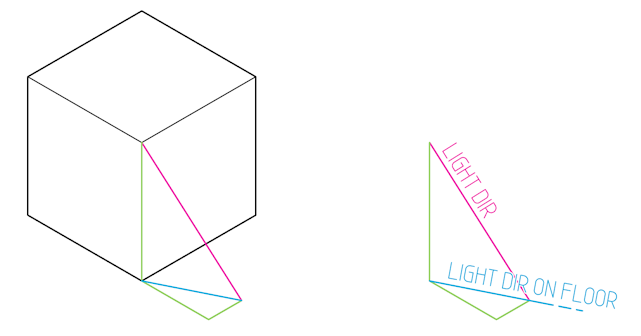 Store the construction shape as it will help you solve problems you didn't anticipate. Its especially useful when you start having more height levels, if not then all you need is the light direction line.

For each corner on shadow casting side on same height duplicate the direction line. Then connect the lines and the points on the shadow casting edges on ground. You may need to construct the invisible sides to get the appropriate directions (or use the line direction on ground plane) 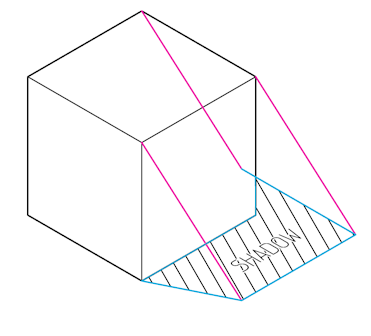 To understand better how the bottom side works, and why we saved the directions let us look at a still quite simple case where the object is hovering above the ground. Now our direction line isn't long enough anymore, we need to extend it. But how much? 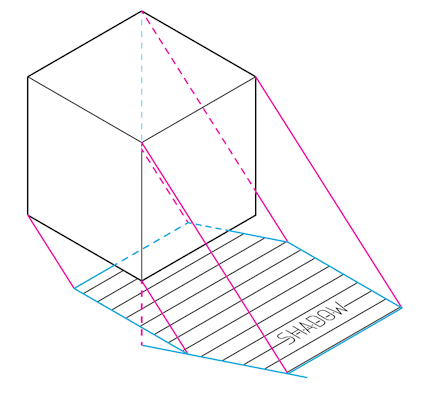 Image 4: By building triangles of verticals and ground direction lines you can measure nearly any intersection.

Ok, so this is tedious. But there is a easier way, for planar objects. If we think of the cube only having the top and bottom face you will notice that the shadows of the objects are the same shape as the top and bottom piece just offset from the original. Because the planes are co-planar and the projection does not have nonlinear changes. 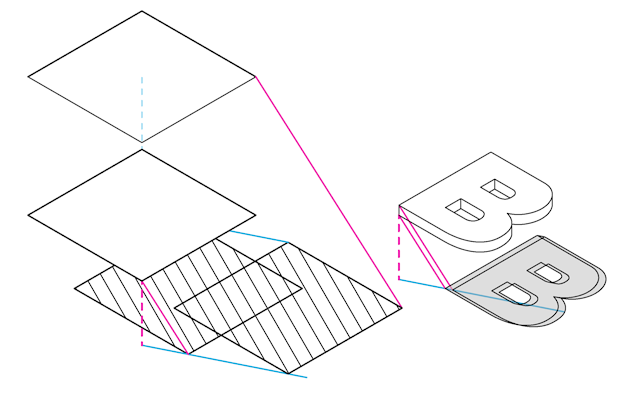 A similar method applies to side faces only you may need to use a few skews rotates and a scale to achieve it (it is related to the SSR method of constructing objects). Lets look at what a square surface does and skew a object surrounded by square to same shape. 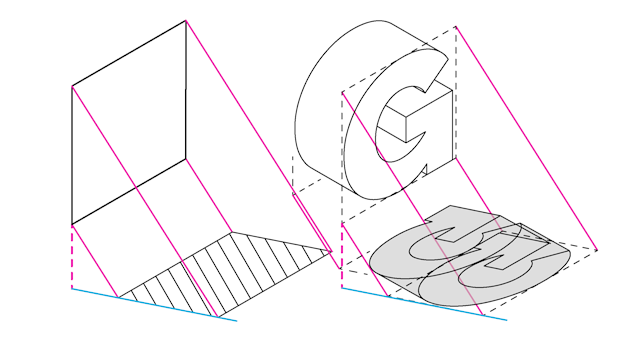 All this means that the kind of example that you have presented takes a few minutes and requires only a few alt drags of objects. However you need to know what your doing. Far too complex subject for most easy tutorials. 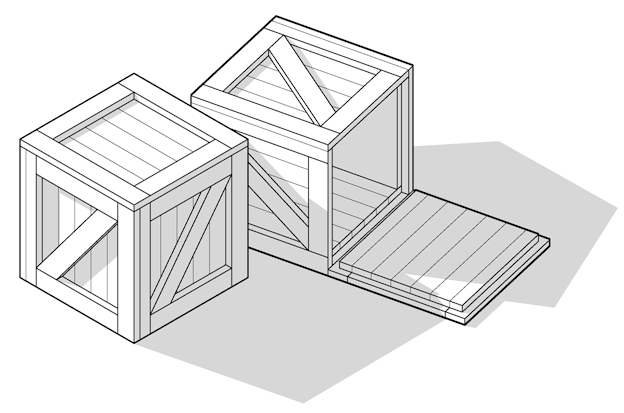 Point lights work similarly, with the change that the rays of light emanate from a point. This means that there is no trick to finding the points. Its all finding rays ad their intersection. 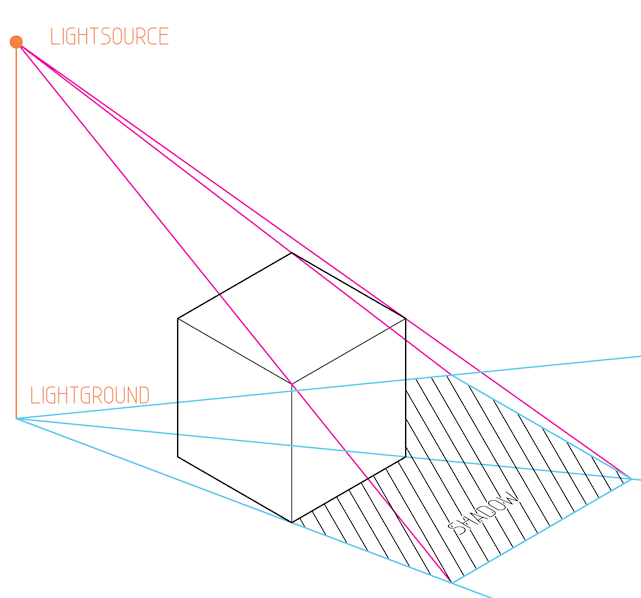 That is it, other then tricks on extending lines theres not much you can automate beyond this.

Perspective works like point light shadows, for both light types. This is because even co-linear lines are emanating form points in perspective. So the workflow is the same for both types of light.

Now, knowing this has many utilities outside 2D drawing packages too. Its pretty common to need to do this line direction calculation when tracking live scenes for 3D graphics. Also the light models are the same as used in 3D.

Also note that: I do not use grids. The line tool, and alt drag cloning, is good enough for finding intersections. The grid just artificially constrains me to certain size decisions and ultimately does not make the job easier. But then I am trained as a mechanical engineer.

Shadow geometry - here's one method for Adobe illustrator. It's strictly limited to parallel projections - no pespective! There's no math, all is by eye. But the proportions and angles come out right. 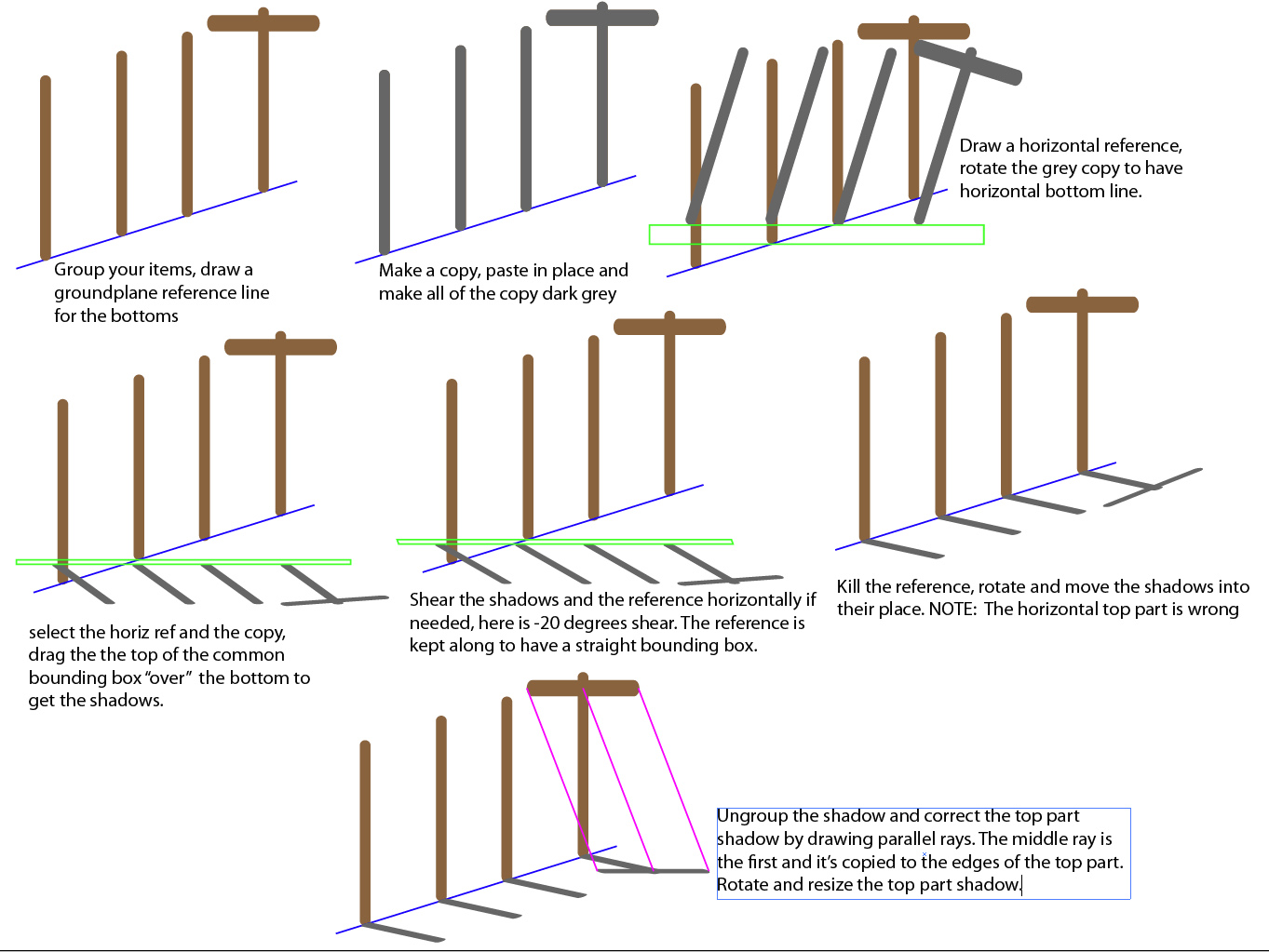 This all is a little easier in Photoshop because there you have easy to use distortion that fits this like a fist into your eye. (Edit > Transform > Distort)

I recommed to test also the distortion in Photoshop. It unfortunately forces to draw some quide lines because you have a little too much possiblities.

Seriously: A complex scene that contains a mass of quite simple objects is much easier to create with highlights and shadows in 3D design software. Highlights, shadows and the wanted perspective come out with no work at all when the model is entered.

Interested? Check at first Trimble SketchUP. It's free. The following image took less than 2 min to create in SketchUP. 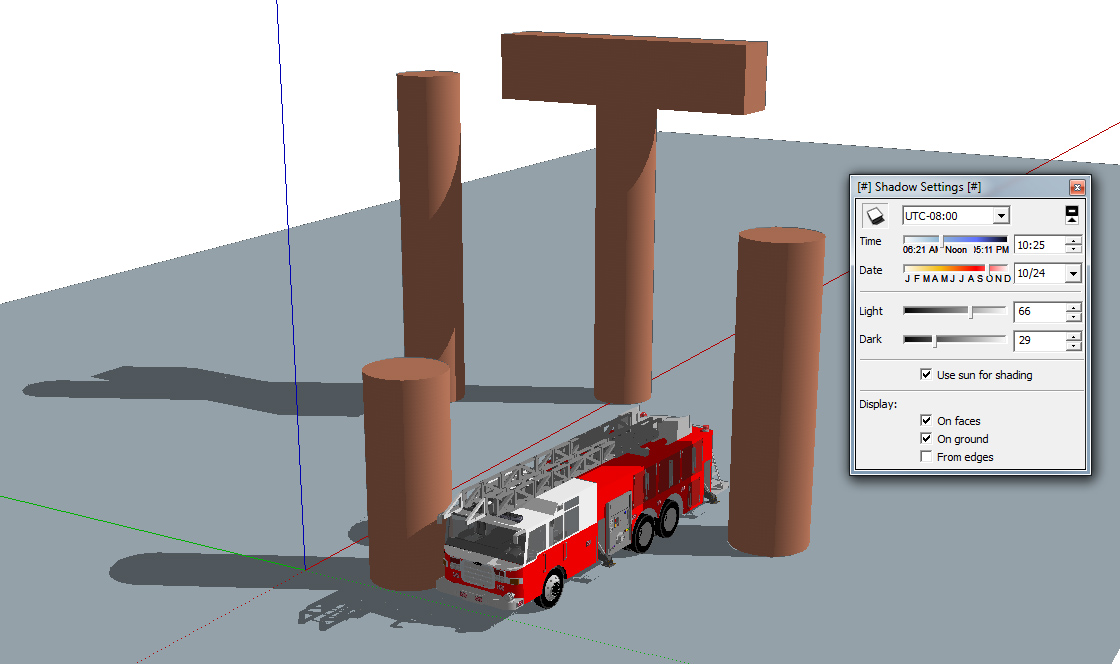 The ladder truck is taken from Trimble's 3D warehouse.

Not the answer you're looking for? Browse other questions tagged adobe-illustrator perspective shadows isometric or ask your own question.

15
What are some techniques to give drawings 3D appearance?
4
What does 'alpha' mean in design software?
5
Isometric with or without a grid in Illustrator?
1
How to make this shadow more realistic?
1
Isometric Deboss Effect in Adobe Illustrator
1
How can I find the intersection lines when a cube and plane intersect?

3
How to create a realistic shadow between wall and floor in Photoshop or GIMP?
3
Anamorphic Perspective in Illustrator or Photoshop?
2
How can I create a spherical perspective grid in Photoshop or Illustrator
0
how to make inner shadows on objects?
3
What is this gradient "flat" design style?
0
Creating circular symmetrical designs in Illustrator
0
How can I create guide lines around an object automatically in adobe illustrator?
0
Adding text to a curved banner
1
How to create this (see image) repetition effect in adobe illustrator?
0
How to create seamless object shadows from different layers