Creating a circle with grass around it

Using Photoshop CS6.
I'm currently trying to make a circle with grass around it. Think a 2D world with dirt in the middle and grass on the sides.
Currently im trying to do it with minecraft textures since they seem almost perfect for this, so you get an idea what I mean:

Now this, just around a circle, sorta like this: 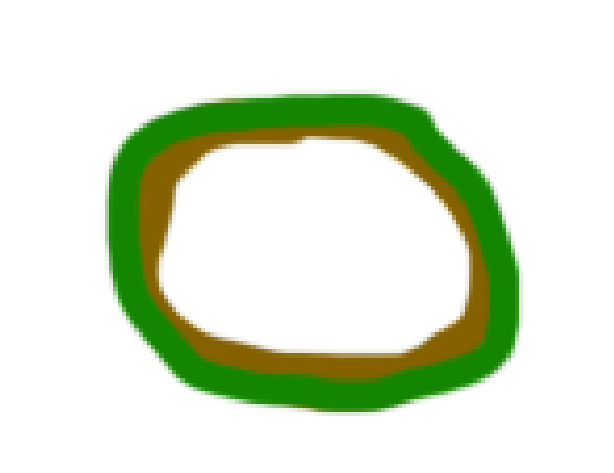 This is easy job in Adobe Illustrator.

At first your texture image was taken into a photo editor (=Photoshop) A soil-only version was generated by copying the brown soil texture over the grass. After that we have two texture photos - the original and the soil-only version

A curve was drawn by a new brush. No fill was used because the new soil swatch makes an observable border with the soil in the stroke due the different fine structures

A copy of the curve was made with a little reduced size. That had no stroke, but the soil fill. 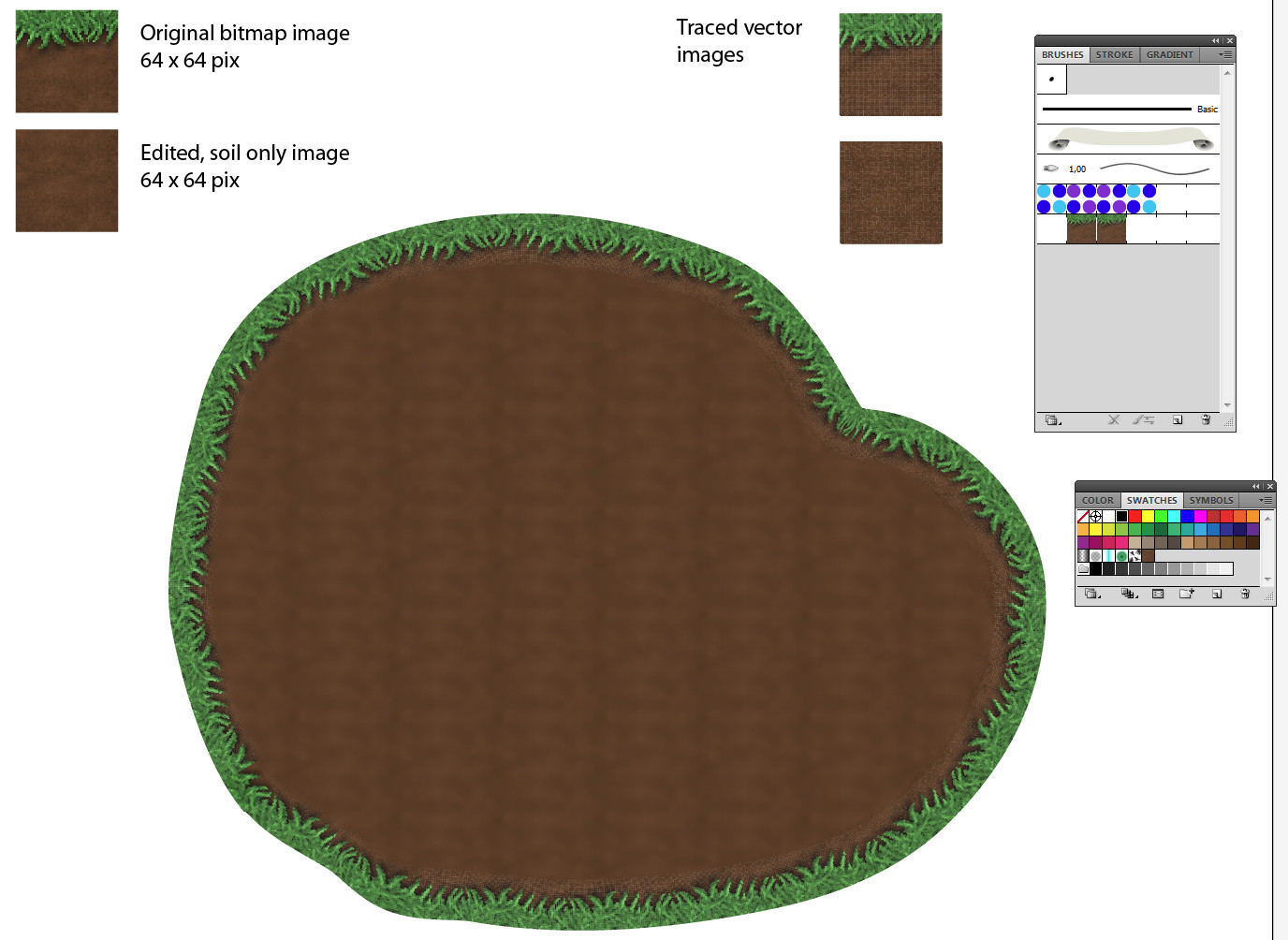 Illustrator is not a must. The same job is possible in Photoshop, but differently. In Photoshop the Pattern Stamp can paint the grass and the soil. Unfortunately there's no easy way to turn the stamp pattern as you go along the wanted path. That's no problem if the pattern is solidly filled. This is NOT the case when painting the ragged edge of the grass. 2 workarounds are easy:

In the following example the bending is used. The small windows are the used stamp patterns (= Edit > Define Pattern). Actually the upper and lower halves of the grass belt are drawn and bent separately to reduce the bending. 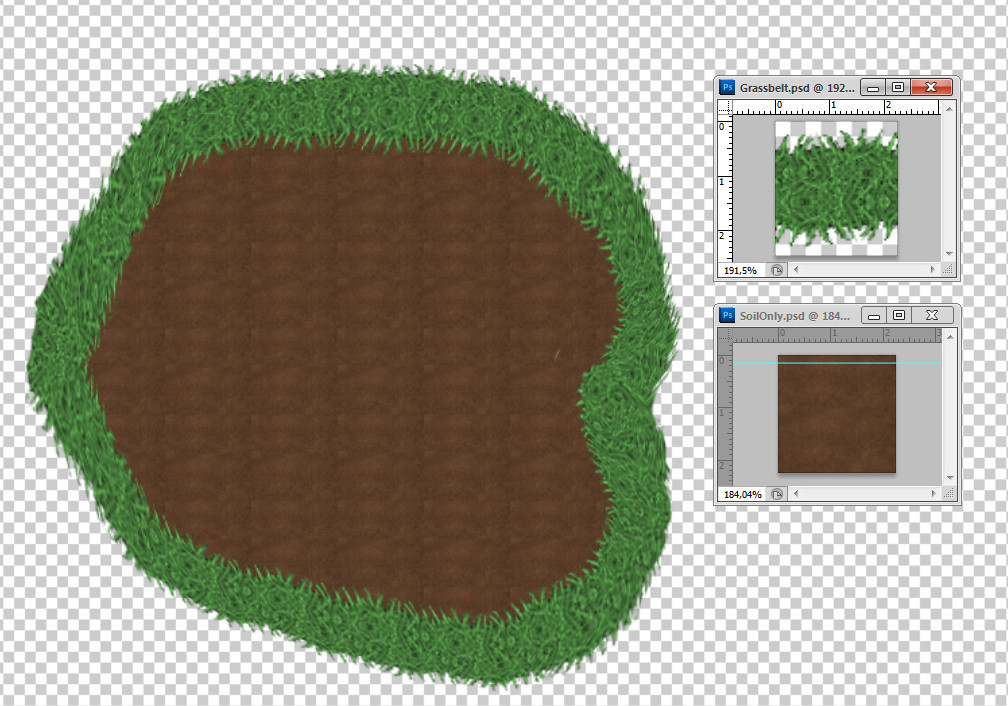 Not the answer you're looking for? Browse other questions tagged adobe-photoshop shapes patterns texture or ask your own question.

2
Make Multiple Circles In Photoshop
11
How can I create a circular zig-zag pattern?
1
Creating Patterns in Illustrator CS5
2
How do I curve a vector line in Fireworks?
4
Can photoshop wrap 2D image around entire custom shaped 3D object?
0
How to achieve pixel perfect curves with Photoshop CS6?
1
How to wrap an image around a path using Photoshop?
1
How to Achieve a Similar Printed Aesthetic in PS/Illustrator?
3
Illustrator shape builder tool precision error
3
Illustrator - how to create a Pattern Brush that overlaps itself?