Photoshop: Filter>Render>Flame is not availabe

I am a beginner in Photoshop and trying to add flame in my image but I couldn't find that option at Filter>Render>Flame. I am using Photoshop CC 2015 version. Anybody please tell me how can I get that option? 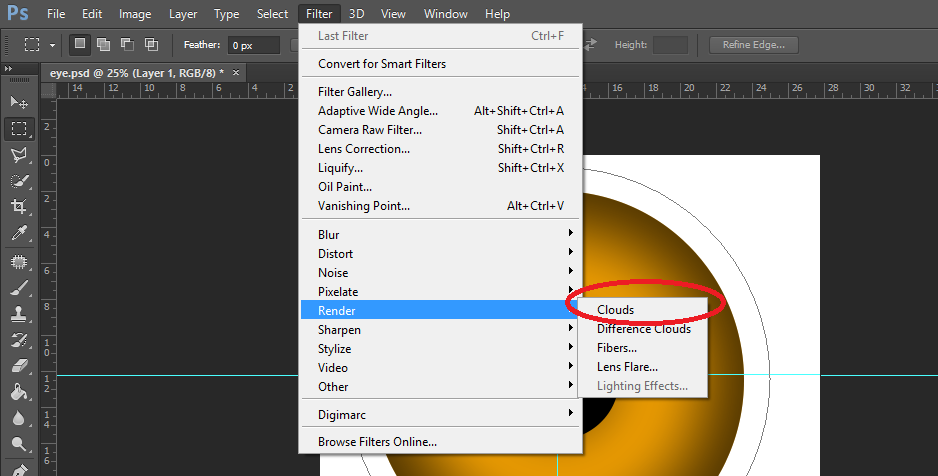 Note: Photoshop has been updated to CC2017 and the filter is still missing.

You need to update your Photoshop! Because you are already using CC you can update using the Creative Cloud app.

Edit: Did some research and my previous statement may be untrue. You may have your 3D settings wrong or your computer doesn't have enough RAM to use the 3D settings. Check that you have "Use Graphics Processor" checked.

Once you have the latest version of Photoshop CC, make sure you create a path to use this feature otherwise the option will be inactive in the menu. I found this helpful:

You need to create your path first (using the pen tool or any of the shape tools), then choose Filter > Render > Flames. (Note: you need to have a pixel layer targeted in the Layers panel as a landing place for the flame to be created, not a Shape, Type, or Smart Object layer. You can however convert type to paths or use the Type Mask tool to render paths for letter forms).

As you can see from the dialog below, there are a large number of options that can be customized in a number of ways. The six different Flame Types are:

• One Flame Along Path: A single flame will be rendered on each path.

• Multiple Flames Along Path: More than one flame will be rendered on each path. The flames will follow the direction of the path.

• Multiple Flames Various Angle: Multiple Flames will be rendered on a path. Each Flame will point randomly. You can control the angle variation by changing the “angle” parameter.

• Candle Light: One candle light will be rendered on a path.

2
Should I, or should I not, consider using an image editing tool other than PhotoShop?
0
How can I render a 3D crystal object?
0
Photoshop batch/mass save for web
0
Image adjustment level is not working in photoshop cc 2015
0
Place video in Smart Object in CS6