Illustrator: Centering two groups according to an object in one of the groups

I think that the easiest way for me to ask this question is by illustrating it.

So, as a simplified example, say I wanted to create a watch vector:

I have created the hands (which is a group of thee objects - an ellipse and two rounded rectangles) and the frame (simply a stroked ellipse): 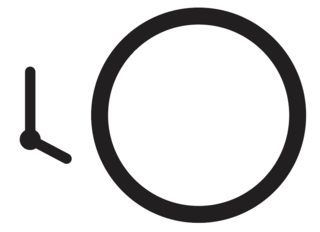 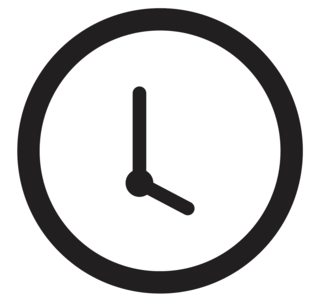 So I'm wondering if there is a way of centring the group according to an object in that group. At the moment, the only method I can think of is using rulers and snapping, which is fine when the image is as simple as this, but much harder when working with a more complicated image.

I would be surprised if there was a way of doing this within illustrator, so I am also asking if there are any scripts which would allow me to do this.

Thanks, and please say if my question is not clear enough.

You can draw a box that is bigger than you object around what you consider to be the center. Add it to your group and align.

You can now define whatever you like as the center.

Image 1: The center of gravity of a star (COG) is not at the center of its bounding box. But by grouping it with a box that's bigger than a star at the centered COG allows you to align like you want

In addition to Joooja's answer, here are two other methods.

Smart guides method:
Just the fastest ever, if you have a simple artwork. Just select the center of the big circle use move it to center point of small one.

Not the answer you're looking for? Browse other questions tagged adobe-illustrator alignment script or ask your own question.

5
Transforming some, but not all, objects in a group using Illustrator?
0
Can you create linked objects in illustrator that are not grouped?
0
Selecting objects on top of other objects in Illustrator i.e. selecting only objects which are completely inside the selection rectangle
5
Join line and edge of circle
0
Horizontal Alignment in Photoshop - Which is correct?
3
How to vertically *and* horizontally ditribute all objects in a grid in Illustrator?
1
AI CC: gradient opacity mask from one object, assigned to another
5
Align and distribute multiple objects in angled path/guide Inkscape