Term for derivative art where only the arrangement is changed

When I first started designing ~15 years ago, I spent hours trying to create banners completely from scratch, drawing all the shapes by hand. I always felt that I didn't want anyone else to ever be able to claim that they helped me with my art, so I had a personal policy (from a very young age) that EVERYTHING I CREATED WOULD BE 100% ORIGINAL.

After spending hours trying to painstakingly craft my own original images, I was told that I was doing it wrong and taking way too long. I was tutored in the fine art of grabbing pictures from the internet and then cropping, rotating, stretching, etc. to fit the design you are trying to create in Photoshop.

Although I felt a little like that was cheating, I discovered that it was a common practice at the time (2003), and in work situations that was often what was expected of you to produce work in a timely manner.

So, you can see how I started believing everything must be created from scratch or you are a thief and not as good as somebody who CAN create from scratch. Eventually I was exposed to the concept in business of "don't reinvent the wheel", meaning to use the tried-and-true concepts and components that already exist rather than trying to build everyhting from scratch. Now I have a more "middle-path" understanding that sometimes it can be quicker and useful to go grab some Creative Commons (0) image from Google or Pexels or whatever, than to try to find a way to set up a shot and photograph the scene myself.

So, what would be an accurate term for someone who takes art created by others, then makes something new out of it?

Since these are called "derivative works" (especially in a legal sense), perhaps the term "derivative artist" would be appropriate? But, I wonder if there is a catchier, more buzz-worthy term that those in the professional design business use that I am just not aware of?

EXAMPLE: One prints out a photo of a starry sky from the internet, cuts it (with scissors) into a square, and then makes an origami crane out of it.

EXAMPLE: One makes a collage of CC0 images found on the web.

EXAMPLE: One attaches a calculator and two bicycle wheels to a small wooden box.

In all the above examples, something new and unique is born from the artist's arrangement and editing implementations.

NOTE: Cynical words like "plagiarist" or "thief" are not what I'm looking for.

Stock photography is simply a step removed from hiring a photographer for taking shots for you "on spec." There never has been a requirement to make your own "everything." Downloading from google is probably a form of copyright infringement however.

Perhaps a single word would be "assemblage."

Since you used the word "art", Duchamp used other people's work to create his own in pre-internet times and nobody called him a "thief". Arguably, times are different now, but I would still call you a designer. You take things and you re-arrange and re-compose and deliver a new arrangement. Ideally, you should avoid using other people's work commercially.

The proper term would be appropriation art in a broader sense. 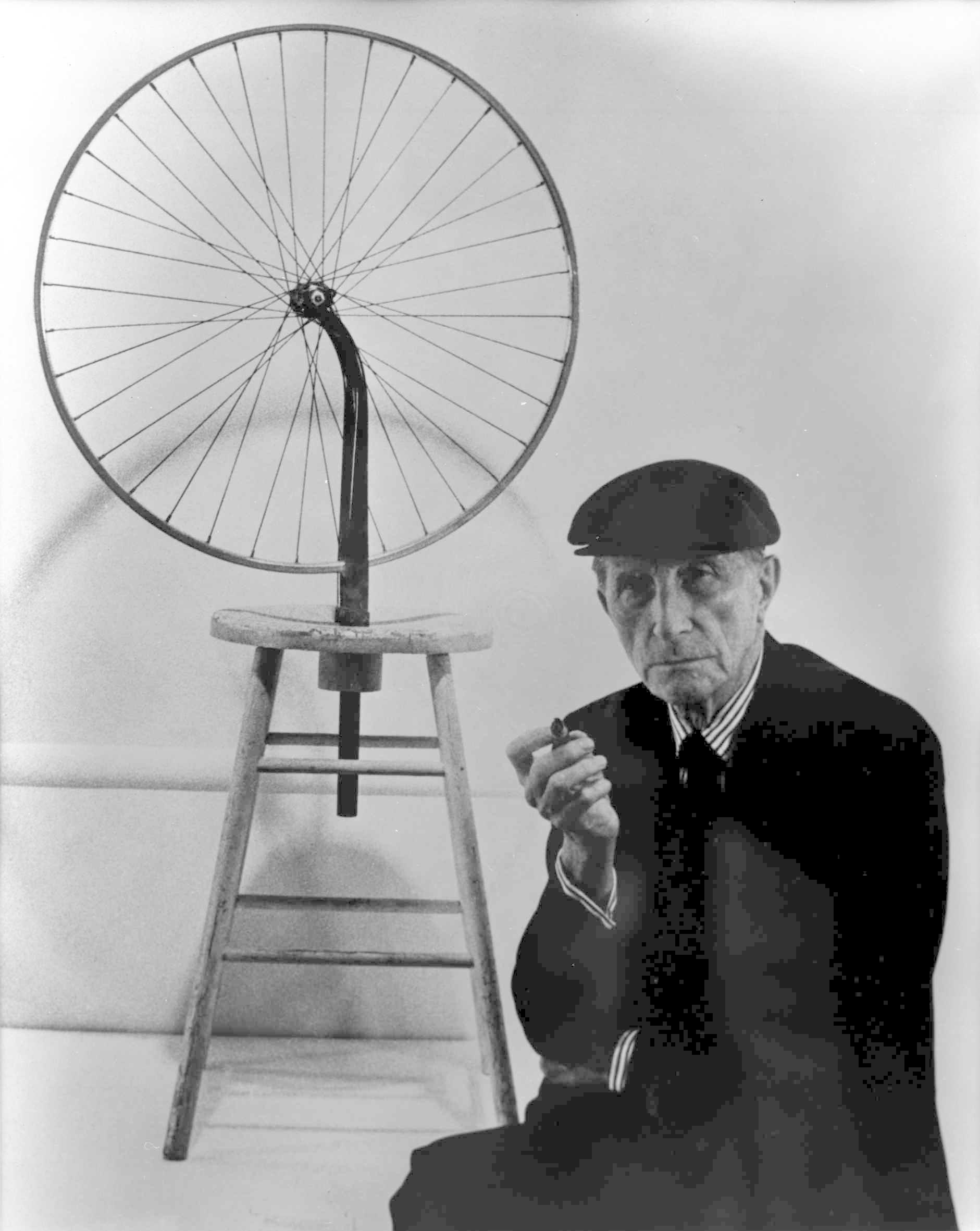 @Lucian and @Yorik's answers both were useful and I found it hard to judge one 'better' than the other. Additionally, each answer was missing some info. I took Lucian's advice and did my own research and this answer represents what I learned in that process. I'm posting so others can benefit from my efforts.

Thanks to everyone who answered, especially Lucian & Yorik. The information provided led me down a wonderful rabbit-hole of exploration into revolutionary art forms of the 20th century. In addition to the suggested terms "assemblage art", Duchamp, readymade, and "appropriation art", I discovered related terms and names like "bricolage", "combine painting", "mixed media" and neo-dada. I was amazed at how Janice Lowry's shadowboxes reminded me the video for the 1990's metal song "Sober", by Tool.

Still shot from Tool's 'Sober' video: Is this assemblage, or is it appropriation? 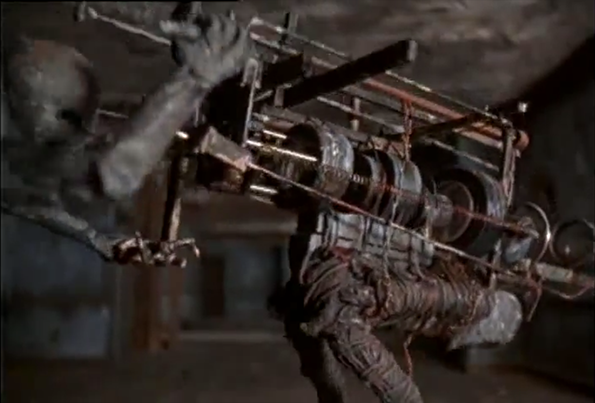 One of Janice Lowry's assemblage shadowboxes 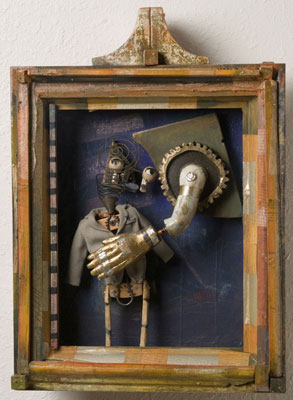 The most important things I've distilled from the two answers given:

Bricolage was another term that didn't quite make the cut. In some cases the term would be appropriate, but according to Wikipedia, it basically means "using what you have on hand", which is essentially improvisation, or to use a more recent term, macgyverism "after the US television show MacGyver (1985-1992) in which the eponymous secret agent resolves crises through practical application of scientific knowledge and inventive use of common items." (Wiktionary)

Ultimately, I have learned indirectly that one can be both a designer and an artist, but the two are not necessarily the same thing. According to Merriam-Webster.com, a designer is "a person who plans how something new will look and be made", which seems to be the original meaning (though in the information age the term has been conflated with or, started to take on the meaning of artist or creator, as well).

SO WHAT IS THE ANSWER? 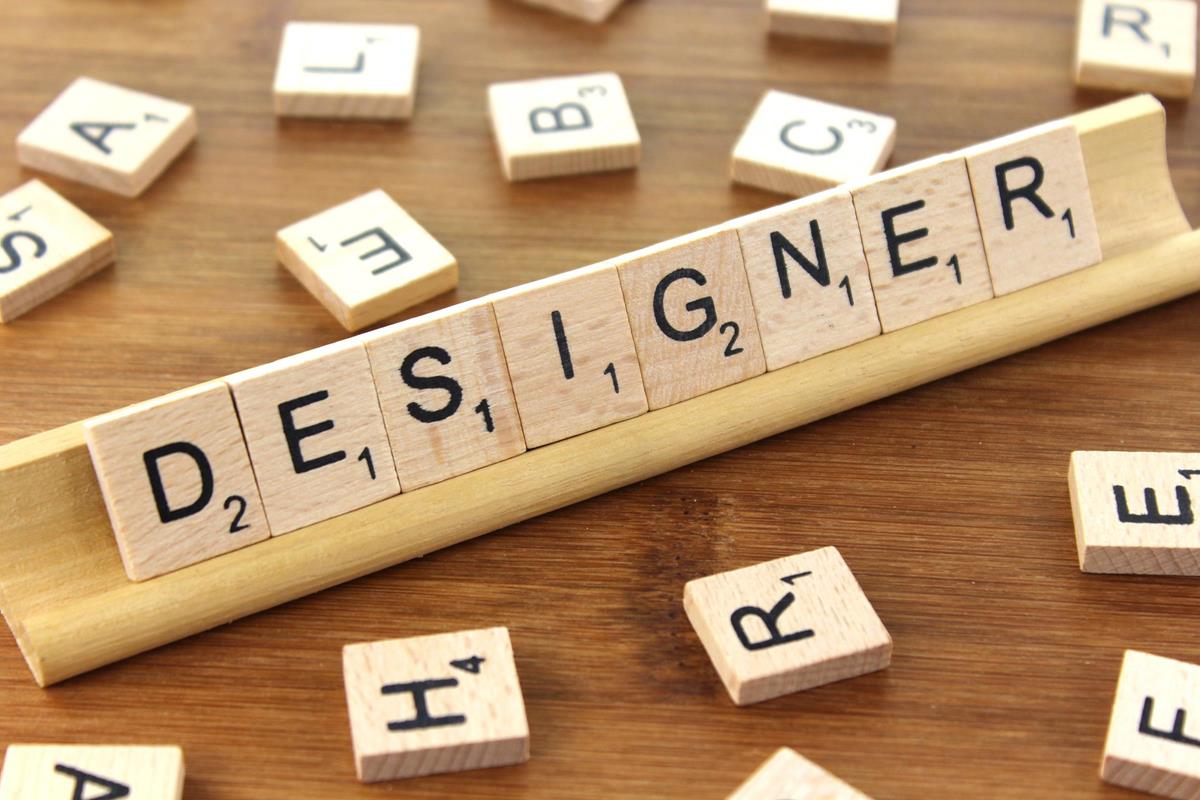 I there one term that describes a person who takes other's art and rearranges and edits it to make it a new thing? I believe that a term is in need of being coined, which I will propose in the Language Stack Exchange. If I had to pick something right now I would just call the person a DESIGNER. Which begs a new question: "What is the term for somebody who creates digital art from scratch, using no templates, just freehand drawing?" However, that is a question for another post.

Thanks again to all who contributed!