In Adobe InDesign, I have setup a paragraph style for a sub-headline which has the headline as well as the first line of the following paragraph indented. In some instances, the sub-headline runs over two lines and the alignment of the first letters sometimes is rather unappealing. I understand that kerning usually means the adjustment of the space between two letters, but is there also a method of tweaking the alignment/spacing in such cases? Please refer to the screenshots below. Here, I would like to nudge the »V« in the second line a little further in but I can't find any way to do so. 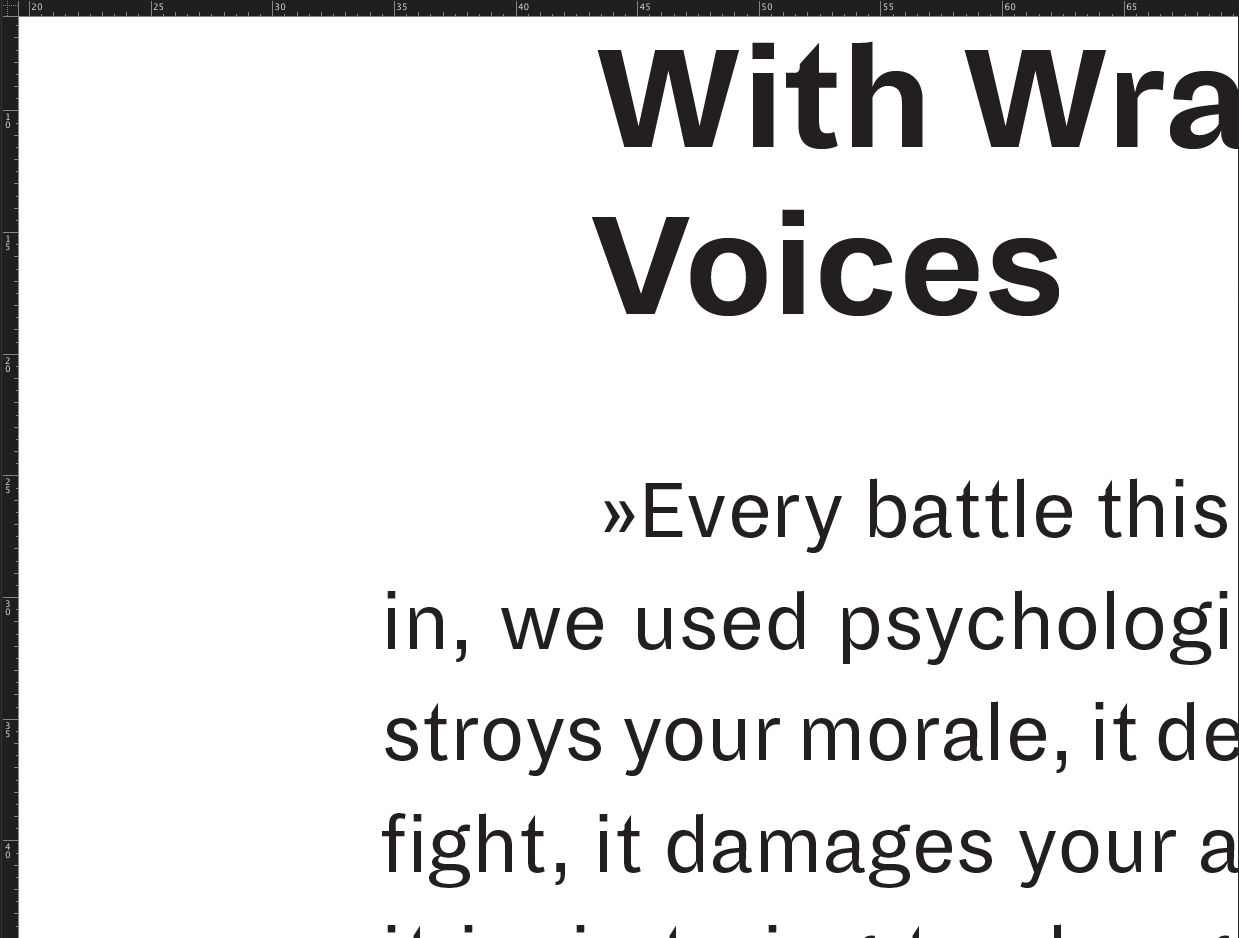 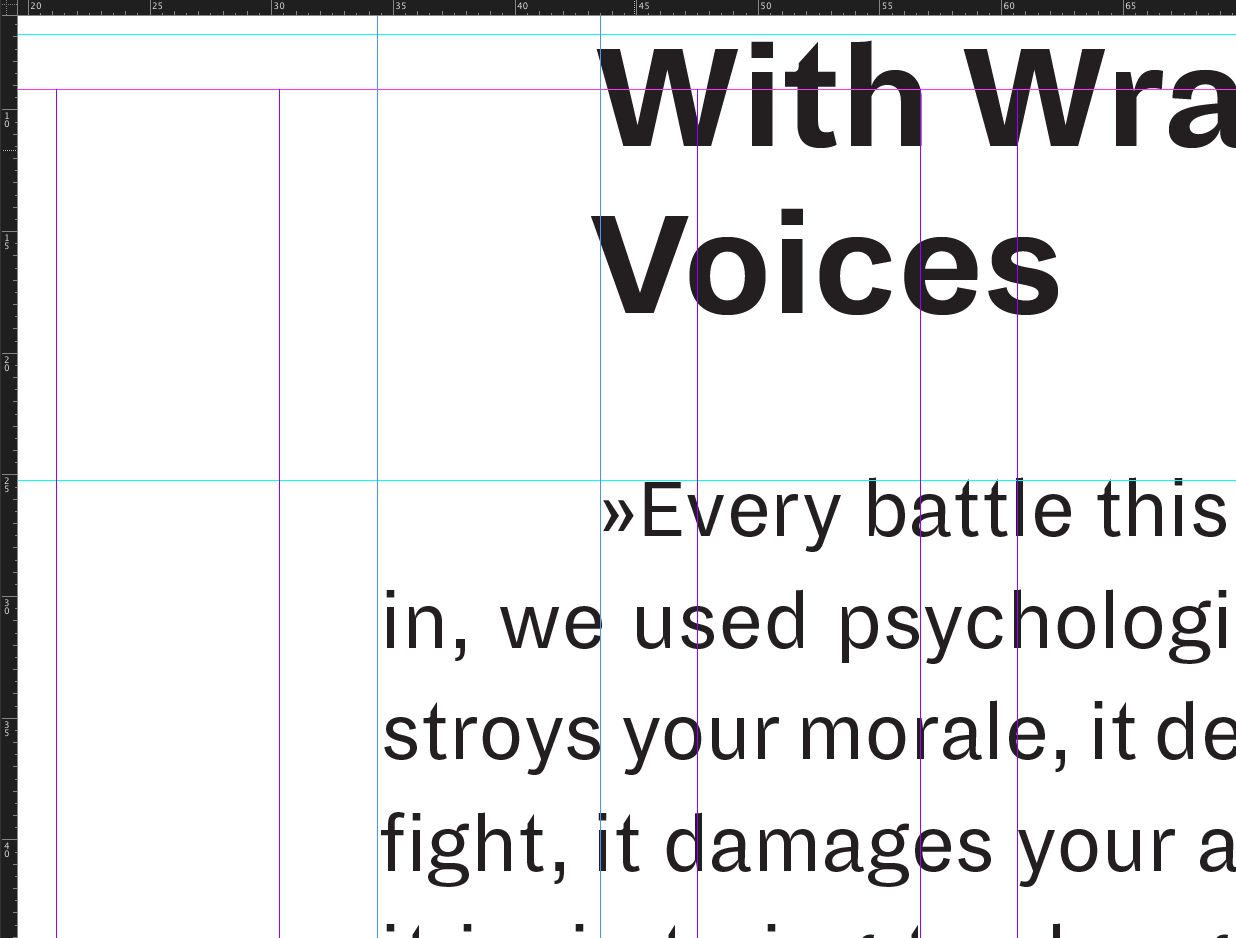 With your headline text selected, enable the "Optical Margin Alignment" feature, found under "Window > Type & Tables > Story", change that amount to your font size and try different values until it looks good. Play with it a bit.

Read more at https://indesignsecrets.com/tip-of-the-week-using-optical-margin-alignment.php and google it for different ways to use this. 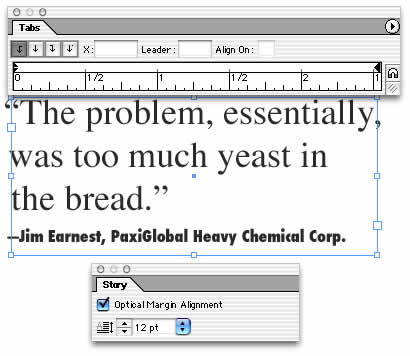 In this case, I typically insert a space before the letter in question, then highlight the blank space, and decrease the kerning of it. This allows more control over letters which don't quite line up correctly. 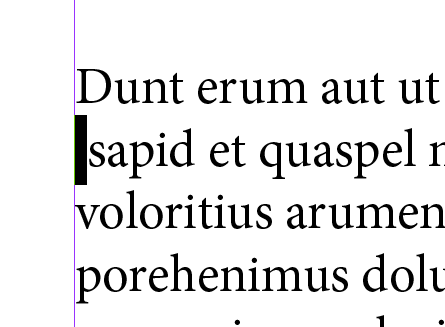 Not the answer you're looking for? Browse other questions tagged adobe-indesign typesetting kerning or ask your own question.

3
Baseline downshift when pasting object in first line of textframe in Adobe InDesign
3
How to apply horizontal kerning to all letters in the word at once without adjusting the spacing for each letter?
3
Set first letter of paragraph to different color in InDesign
5
Adobe InDesign: Avoiding first line indent of the first paragraph (via Paragraph Style)
0
InDesign: how to get first letter bigger in each word of a sentence?
4
Horizontally centering left aligned text visually on multiple pages
1
In InDesign, is it possible to create Math-like Markup by mixing line and block elements?
0
Indesign: First line doesn't start at the top