Which Adobe product must I use to create a moving banner like this?

I want to create a moving banner just like this: http://share.bannersnack.com/FB8FFFBC5A8/bc561lfno

I need to make it in a GIF format. Which Adobe product do I need?

software-recommendation animation advertising
share | improve this question | |
edited May 18 '18 at 21:00

That is not an image alone.

That is a web page, using javascript to move and change separate elements. The clock in the middle is the only image, and it's independent of the other elements. Nothing there is actually a self-contained animated image. 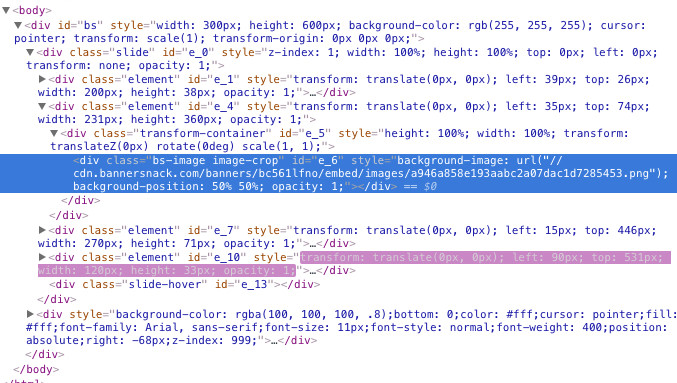 That being posted, you could create an animated image which is similar.

Most would use Photoshop if they wanted this as a single animated gif. But really there are a ton of applications out there capable of making animated gif files. I believe After Effect and Premier from Adobe can also create animated gifs. Or you could use anything and export an image sequence then piece it together for animation using Photoshop.

Not the answer you're looking for? Browse other questions tagged software-recommendation animation advertising or ask your own question.

1
Animated GIF Creation Tool
1
What method to use to create opening animation for webpage
0
Rotate an object smoothly in Photoshop CS6
4
How to create animation with svg format file?
0
Best workflow for both google HTML5 banner ads and animated GIFs