I am attempting to recombine the two halves of a large photograph from a flatbed scanner without leaving an obvious seam.

I can move each layer, confirming the position by toggling visibility. However, the rotation is a bit off. Rotating messes up the alignment of course and does not undo quickly.

Then, I got the idea of matching the alignment of the grey lines from the photograph being in the frame for so many years (see image). I hope that if I get the grey lines perfectly horizontal, then the layers will be rotated correctly. I would then be able to simply move one layer over the other and all features would match. 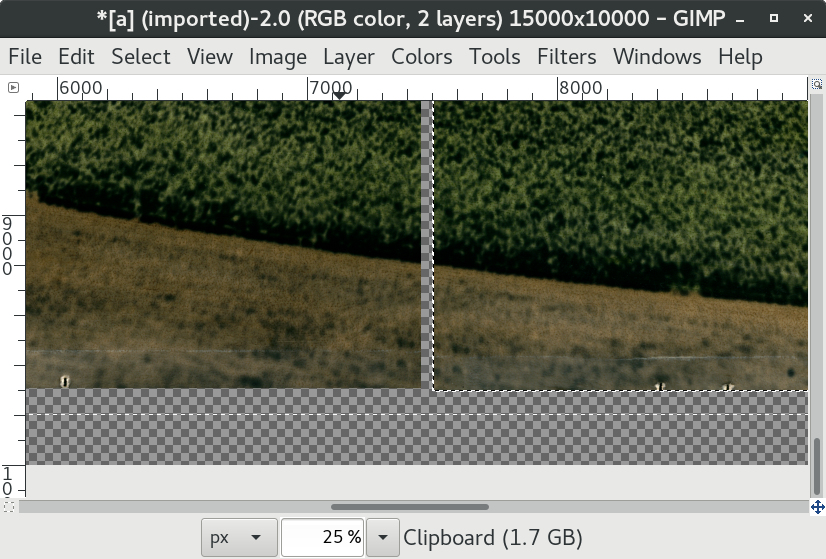 This might be something easier done with dedicated image stitching software. If you have a Windows PC, Microsoft ICE (Image Composite Editor) is free. https://www.microsoft.com/en-us/research/product/computational-photography-applications/image-composite-editor/ The advantage of this software is that the stitching takes place automatically, and the alignment and blending is done for you.

However, if you insist on doing it in GIMP, it's possible if you were to create a layer mask, and fill the mask with a gradient - so that when the images overlap, there is a partially transparent gradient, to help make the seam look invisible. 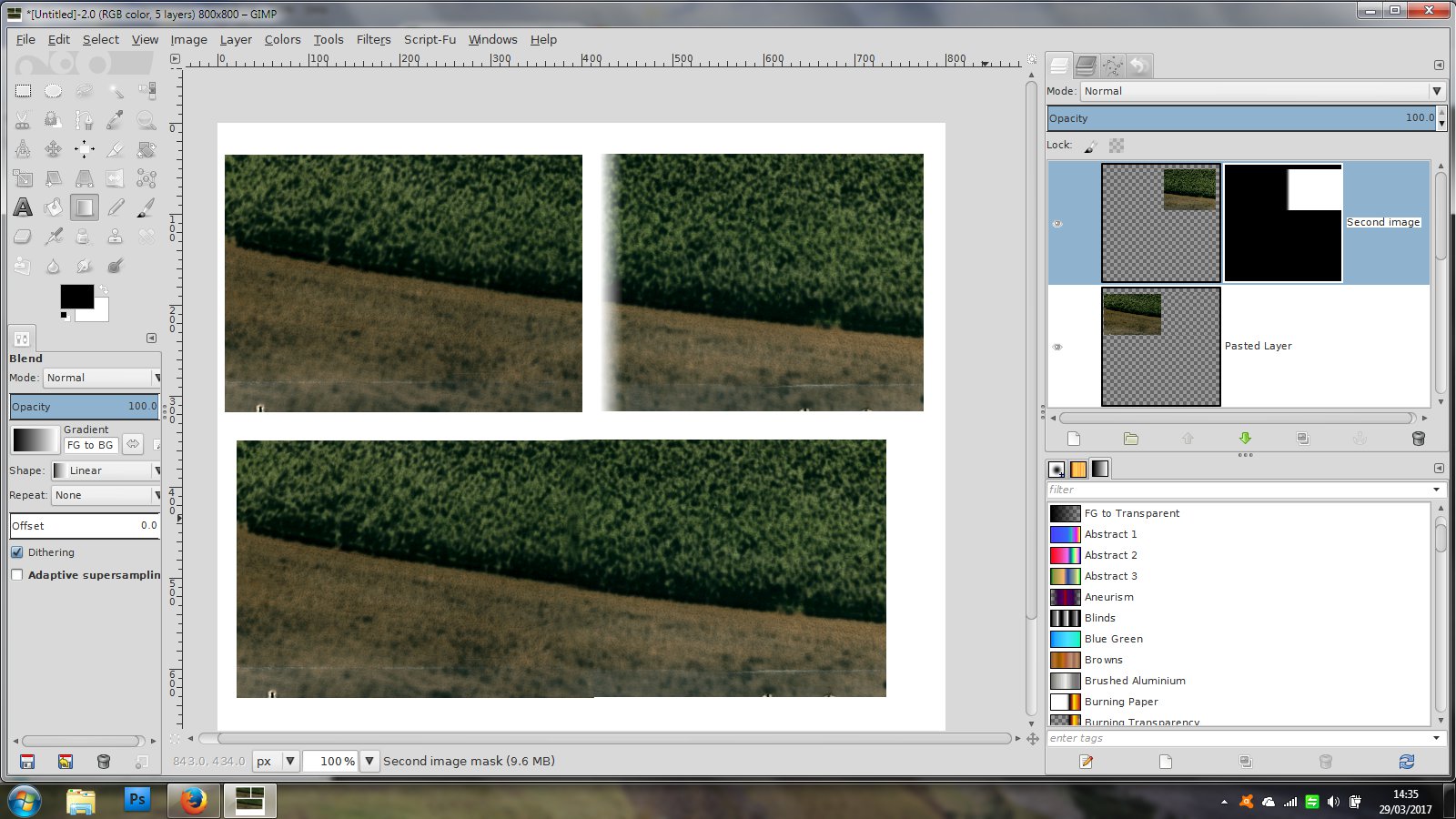 The above image shows how a layer mask has been applied to the second image and under that, it shows the join without a seam when combining the two.

Not the answer you're looking for? Browse other questions tagged gimp photo-editing scanning or ask your own question.

3
How to join separate scans of same object

1
GIMP: find midpoint / arbitrary division between two points
2
Uniformizing background in scanned images
1
Budget workflows for transforming pencil design into professional looking digital image
4
How to make type in Photoshop match that on a scanned image
2
Replace artwork while retaining (extract) the reflection, specular highlights and texture of a metal surface
2
Adjust levels in a set of scanned images in GIMP
1
Wish to make a GIMP layer visible to me, but "hidden" to GIMP
5
Highlighed areas on scanned images
0
Quick replacements of corrupted characters for scanned pages