How can I define one path for multiple shapes from either side of it in Illustrator?

New to Illustrator, I have trouble solving this.

I have an image (whose paths you can see below in the image marked in different colors), and I want to create paths for the shapes inside the existing paths, i.e. the white faces. What I need in the end is an SVG which will contain just these inner paths for the white shapes.

I tried grouping different paths, but it seems that Illustrator allows one path to be part of only one group. I tried just selecting them and creating live paint groups but that fails too because I get weird inner shapes formed by the vertices and plus I'm not sure if the end result will be the inner paths I need.

So, how do I approach this? 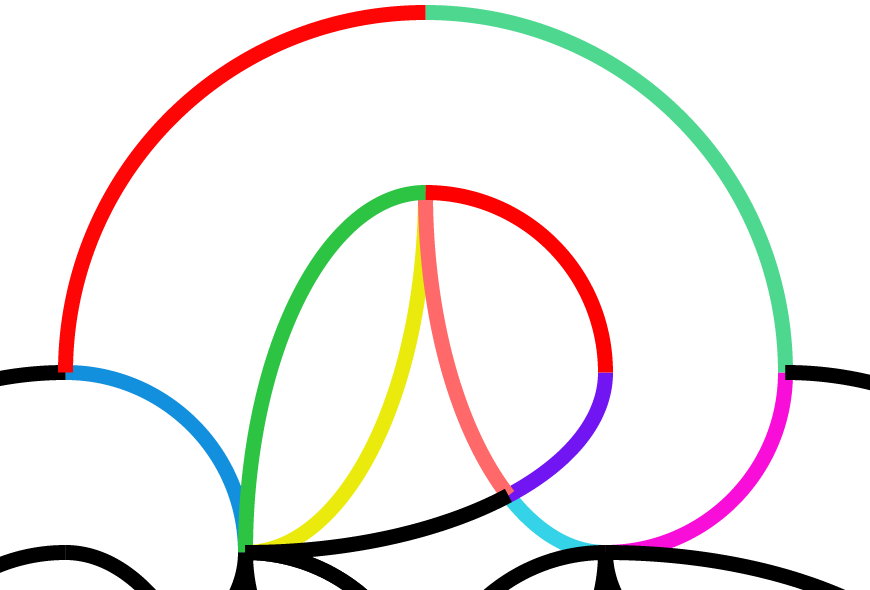 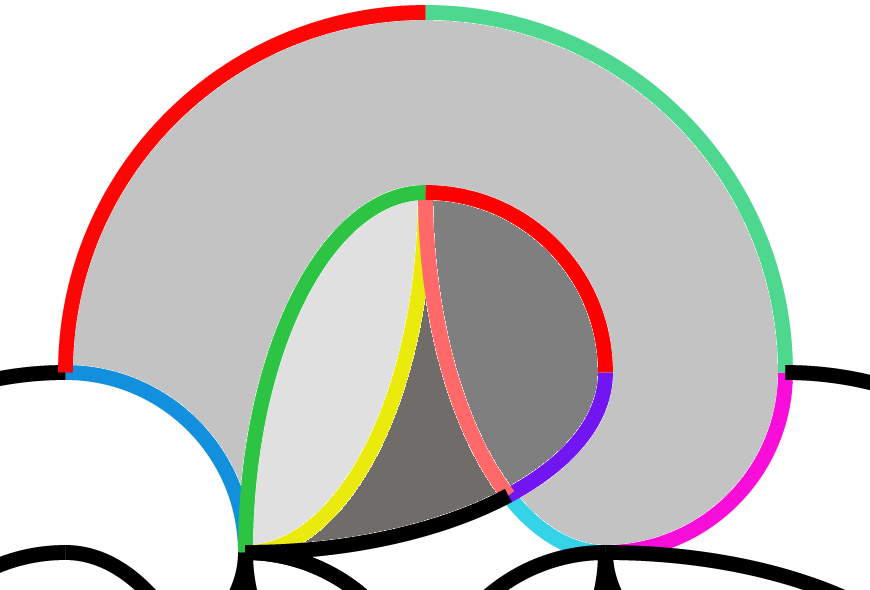 The Live Paint function is probably what you need, although your question is a bit unclear, I think this is what you want to do:

Once you have created your first strokes, select them all and click Object > Expand to turn them into outlines rather than stokes. And then open the Pathfinder, and Unify all the outlines. 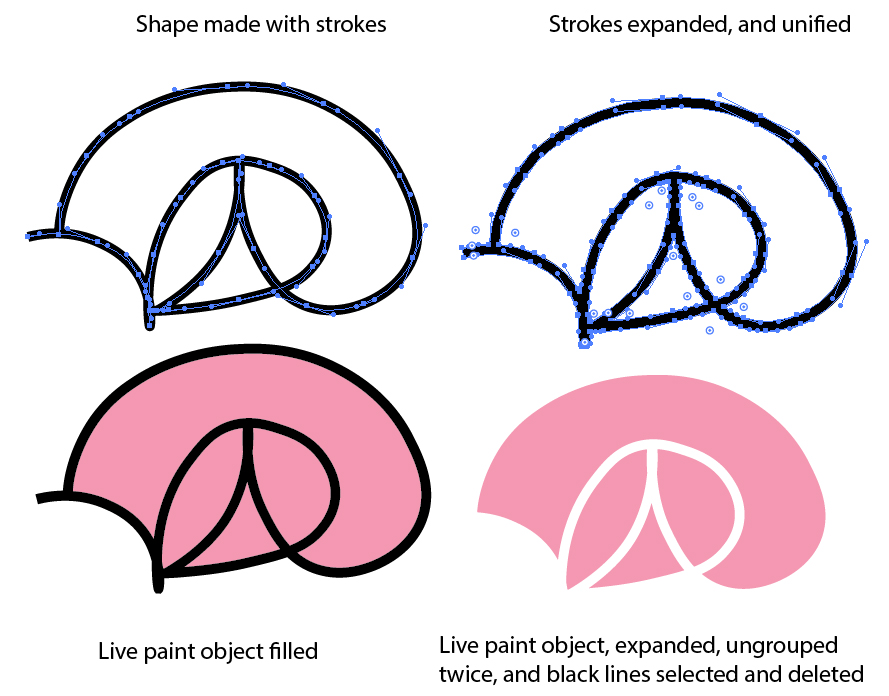 Not the answer you're looking for? Browse other questions tagged adobe-illustrator svg path or ask your own question.

5
How to create an inverse path
1
Gaps between shapes when exporting from illustrator to photoshop
0
How can I create a shape based on contiguous color area in Inkscape?
0
In illustrator can I join multiple lines to form one huge compound path
1
SVG - make overlapping lines in a <path> element visable
1
Exporting multiple shapes from Illustrator as one resizable object
3
How do I remove one side of a shapes outline?
1
How to use one a group of objects on one layer to cut into another?
0
Trim Extraneous Lines in Illustrator
0
Incomplete image when exporting SVG from Inkscape