In Adobe nDesign, I am trying to add a simple animation to a string of text on a circular path. See the screenshot below for my animation settings. The text is supposed to rotate in a circular motion around the graphic in the center. When exporting the document to SWF, the animation is weirdly off, see the .gif below to see it.

Can someone explain to me, how I can create a proper rotation of the text around the small center graphic? 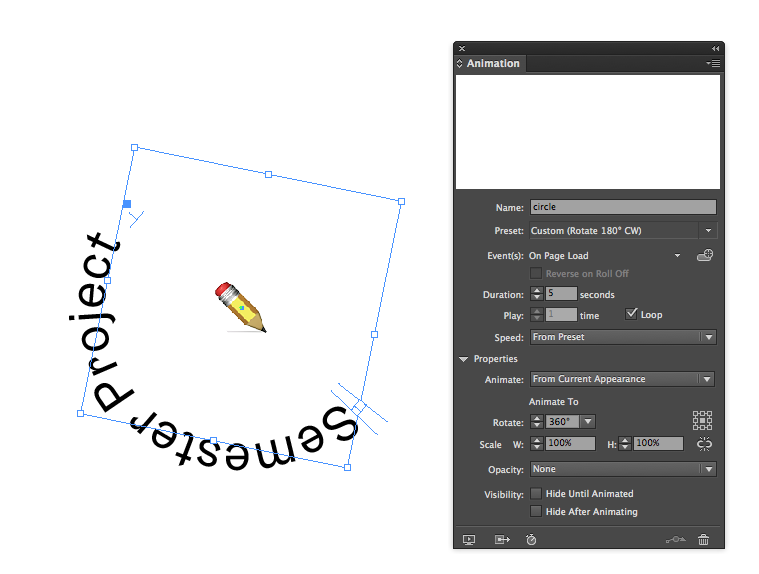 The rotating animation presets seem to create the rotation around other point than the wanted circle center. The rotation happens around the centre of the mass or at least something near that.

I have succeeded to get nearly ok result by filling the rest of the circle perimeter with paper colored text. But it's still not perfect.

Copy the symmetric version to your InDesign page and add animation.

It's useless to make a group in InDesign. The elements of the group rotate independently.

You get constant speed rotation by using preset "Spin" and selecting Speed = None.

Here's a static screenshot of properly rotating text which is copied and pasted from illustrator. It doesn't work, if the invisible (=white) counterpart was not included 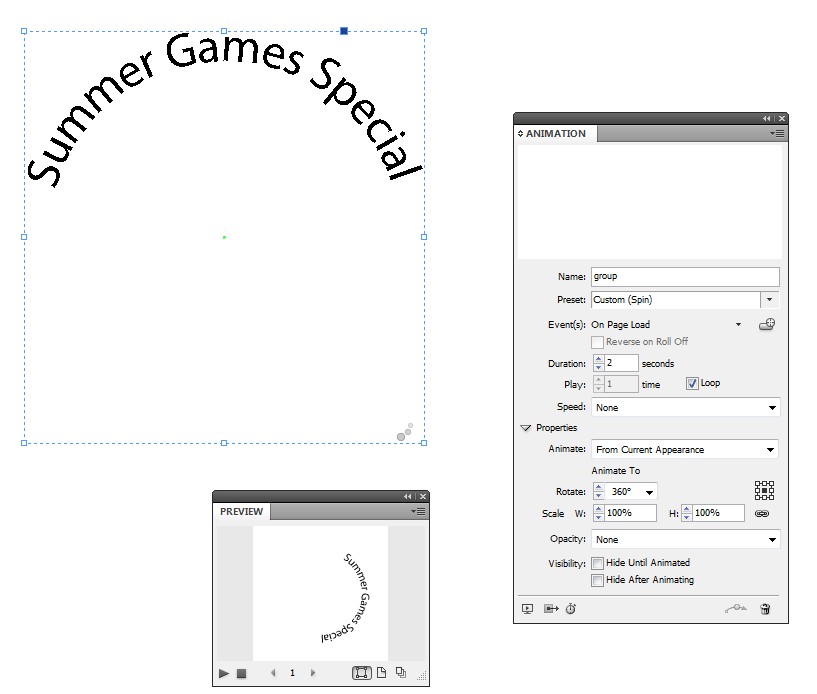 The final trick that does not need Illustrator nor invisible text:

Not the answer you're looking for? Browse other questions tagged adobe-indesign typography animation or ask your own question.

5
Weird grey boxes on PDF export and (huge) quality difference in Apple Preview and Adobe Acrobat
2
How do I do these certain things in Adobe InDesign CS5.5?
4
Why does fade in/out animation stop working after animation is exported from After Effects
5
InDesign — Ugly “laddered” text on a path
2
Animation (Adobe After Effects): Text rotating without cylindric wrapping of text
1
Animation (Adobe After Effects): Text rotating around object with proper “3-dimensional” perspective
5
Adobe InDesign: Simple “animation” in interactive PDF
0
Error in stroke for characters and text in an Adobe export to PDF?
3
InDesign: fix wrapping for vertically centered text