I was looking for a solution to the .otf rendering issue Illustrator and InDesign have, they render fonts very poorly (until the saved & rendered picture) but for viewing means during the design process is very unpleasant.

Apparently Photoshop does not have this issue, perhaps because they have different rendering choices from Crisp to Strong.

I couldn't find non-.otf version for these fonts so I'm stuck with these file formats.

Here's a screenshot from inside Illustrator, demonstrating .otf render quality in comparison with .tff:

First two rows are .otf and last row is .ttf. 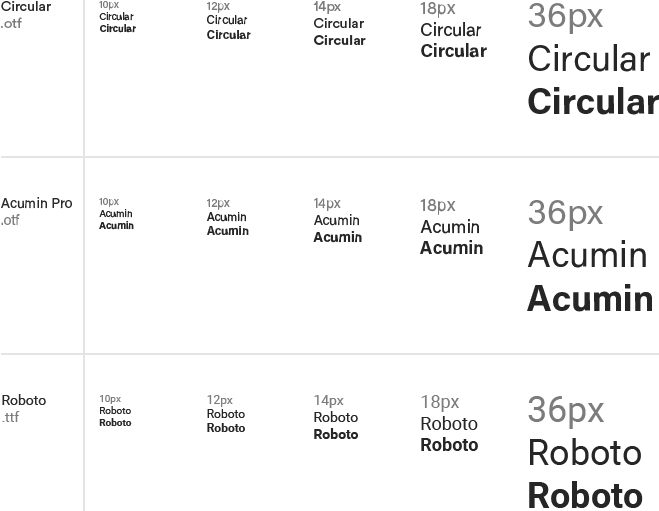 I noticed that these software render .otf fonts just fine in larger font size, ~36px and up. It's still an issue for smaller font size.

Here's an exported PNG of this image: 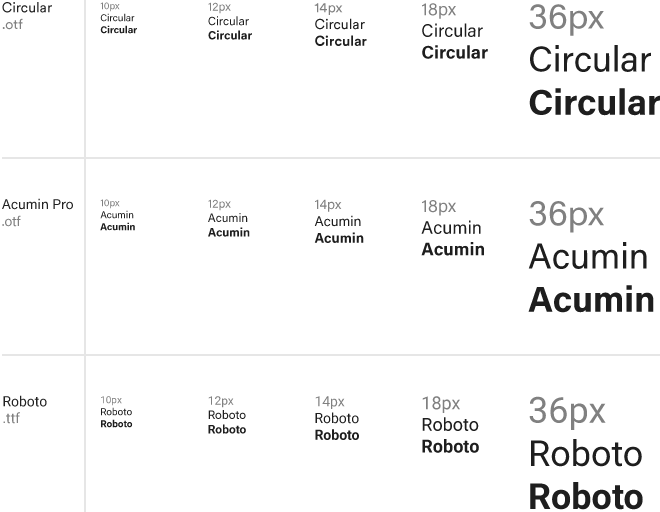 I made this thread because it's still problematic, despite that font will come out as normal only after exporting as image, so I'm hoping to find a solution.

I think this is a case of "can't see the forrest because of all the trees."

Most working files.... InDesign, Photoshop, Illustrator, GIMP, Inkscape, or anything else.. will sacrifice some anti-aliasing and sub-pixel rendering for the ability to edit the content. It's only upon output that the app can "bake in" any such visual helpers. Which is why things appear better in a single raster image as opposed to a layered, stacked, working file.

It's a lot like 3D in that you wireframe construction.. then render. The output is the rendering, everything else is still the wireframe.

Believe it or not, there was a time when Illustrator would not allow you to work in "preview mode" and you had to work in Outline mode and only toggle preview on and off to see what things looked like.

And there was a time when Photoshop had no layers so everything you did had to be carefully planned because it was "rendered" as soon as you created it.

If you need absolute pixel perfect files, then neither Illustrator nor InDesign are appropriate since they have no ability to edit a single pixel anywhere.

And the .otf format isn't so much a format as a "wrapper". You can easily have a ttf font inside the otf format wrapper.

Metis covered it with a fairly thorough answer, but this may help you a bit if you haven't yet tried to change your Display Performance in InDesign

High Quality will show you a nicer rendering of the content you're working with, but with more than a few elements on the page, InDesign will start to move pretty slowly. Not really recommended that you work in that mode.

Not the answer you're looking for? Browse other questions tagged adobe-illustrator adobe-indesign fonts typography or ask your own question.

3
Help/docs for using Inkscape for SVG icon font creation
2
Kerning absent in .ttf and .otf files made with with Fontographer 5
6
Illustrator CS6 Data Variables XML Parser Error
2
Text Style in InDesign and Adobe Illustrator?
7
Problems with Dynamic Text in SVG when font is not SVG
29
What is the difference between a well constructed and a poorly constructed font?
1
How does one access optical sizes in LibreOffice?