Pen tool does not render in photoshop

Beginner here. I am trying to create a shape in Photoshop (CS4) which is like a right arrow but with the 'arrow' part laterally opposite (i.e. instead of ---> I want ---<). After trying many other things, I tried using the Pen tool. I did the following, remember the paths are closed (I believe). 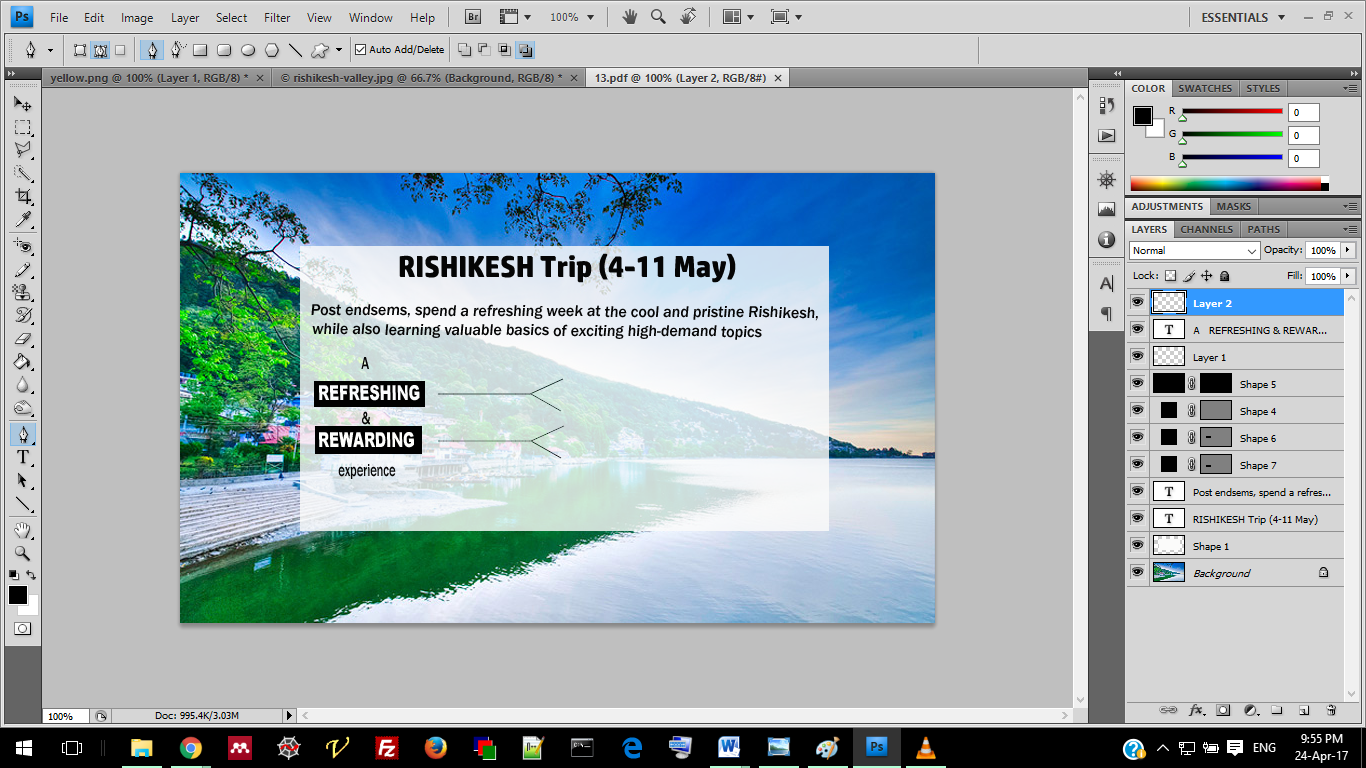 However, when I save it as a PDF/JPEG, the pen-ed shape does not show up. What could be the reason and a possible solution?

When you draw with the Pen Tool in Photoshop, especially in older versions, you draw mere paths. Window > Paths will show your paths. Paths have no inherent appearance -- no stroke, no fill, nothing.

You must either stroke the paths (Edit > Stroke) on a new layer, or create a shape from the paths (Layer > New Fill Layer) and apply fills.

Unlike more recent versions of Photoshop, CS4 has no fill or stroke options directly related to paths. Were you using a newer version of Photoshop, you could merely alter settings for the paths.

I'd love to give you a quick link to how things work in CS4, unfortunately that version is so old, it's difficult to find anything directly relatable.

1
How to connect a curved line shape to other shapes using the Pen Tool
1
Pen tool in Photoshop not becoming larger
0
Subtract Front Shape Photoshop CS6
5
Photoshop: why won't layer styles render correctly?
1
How to draw an irregular, vertical line with photoshop
0
How to intersect a selection and a path in Photoshop
0
Photoshop Pen Tool is very pixelated
1
Photoshop CS5 Wrongly Shrinks Image Size on Place
0
Photoshop how to fill only inside selection of a circle?