Separate representations of the same Smart Object on Main Stage 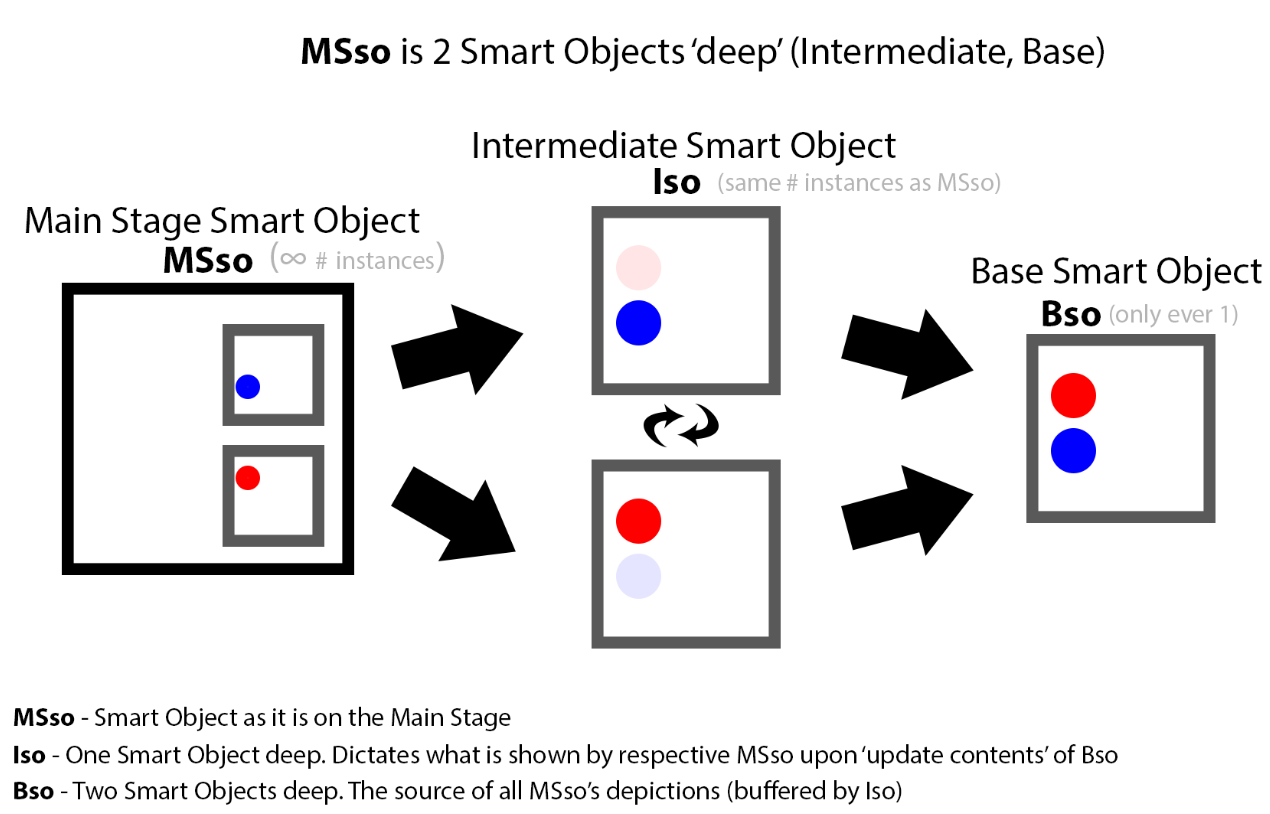 I'm having trouble setting this up the way I want but I've done it before accidentally. The question I have is how to use Smart Objects to accomplish the goal described below (and shown in the graphic)

Summary - I want multiple, separate instances of the same one Base Smart Object (Bso in the graphic) that use an Intermediate Smart Object (Iso) to dictate what layers from that Bso make it back to each respective Smart Object instance on the main stage (MSso's - 2 shown in attached graphic). This results in having multiple, distinct representations of Bso on the stage at once (i.e. can show different layers/groups per instance) while retaining edibility of all Bso instances at once (like adding new layers, modifying all instances of one layer etc) since its really only ever a single instance.

More info - The way I've done it before (by accident - I can't replicate it on demand) was by using the "update contents" feature while in an Iso after toggling the desired layers in Bso (and then saving so it reflected those changes on the MSso's).

Each MSso links back to the same exact 1 Bso but can show different layers in the Bso by selectively using 'update contents' in the Iso, in other words. There's ONE Bso but infinite MSso's and Iso's.

Hopefully I articulated this well enough - finding the words to describe it is hard but its not as complicated as it sounds! Thanks for the assistance!

Alright I figured it out. The solution is to use a linked smart object instead of an embedded one. So in Iso, right click the smart object layer and click "convert to linked", save the psb smart object, then save and return to mainstage. Then, click "Create New Smart Object Via Copy" on that MMso. Now you can have the scenerio I describe above.

You could just mask part of the same smart object.

All the same smart object.... 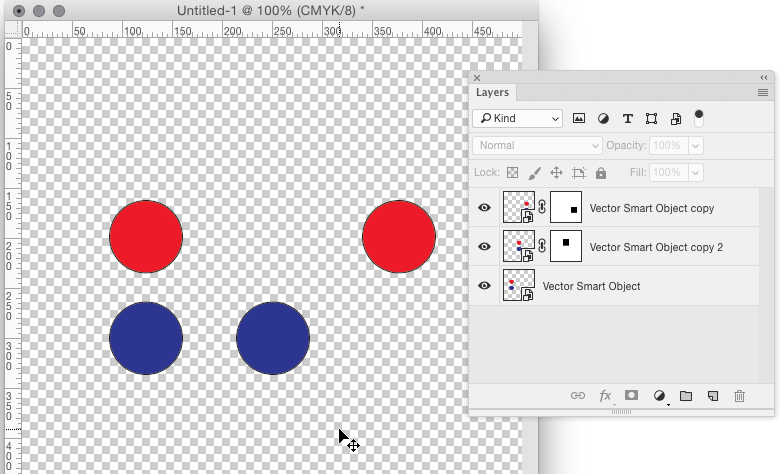 Not the answer you're looking for? Browse other questions tagged adobe-photoshop smartobject or ask your own question.

28
'Un-smart' object in Photoshop
5
Are Smart Objects less resource-consuming than separate layers?
1
Apply layer comp in linked smart object only to specific layer comps in root PSD?
0
Use Multiple Versions of Same Linked Smart Object Without Increase in File Size?
1
How can I use the same smart object several times in the same PSD
2
Preserve transparency in Smart Object