How to semi/automatically clean pixels noise from a photo taken from an image on a screen?

I have this photo: 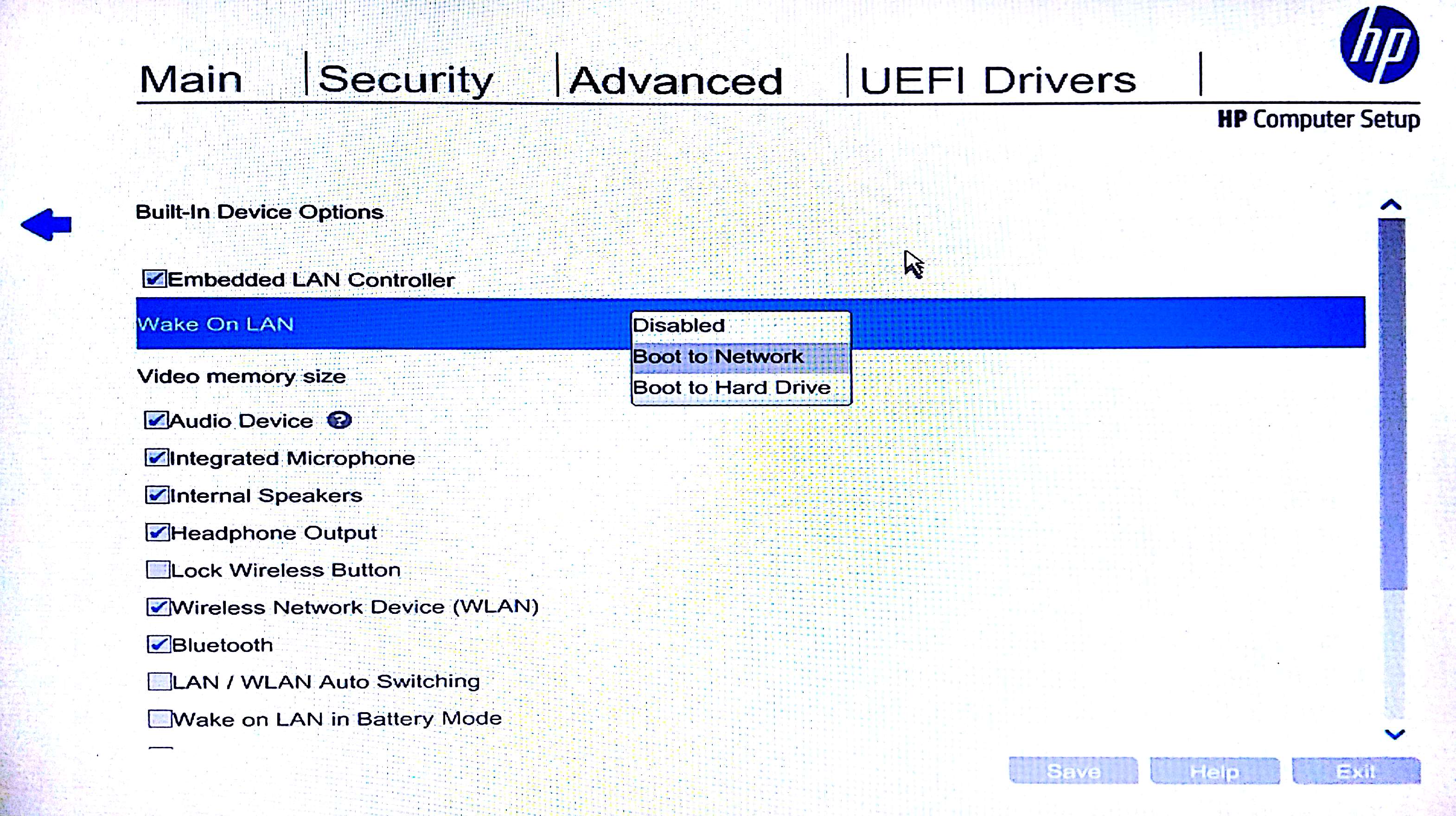 I want to remove all the "noise" that's introduced when taking a picture of a screen. For instance below is a zoom-in of part of the bigger image, from which I manually "cleaned" the annoying "noise": 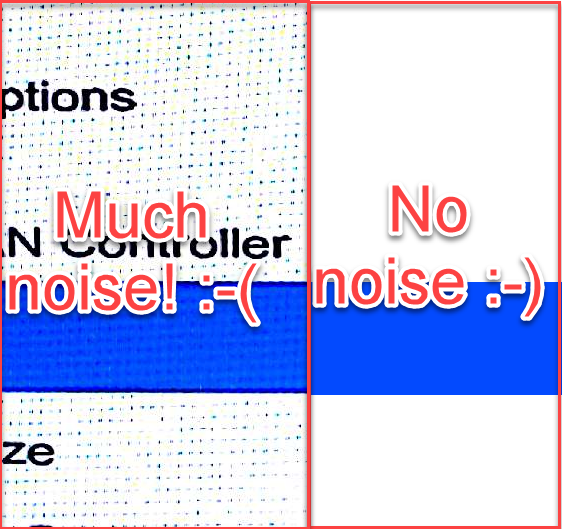 How do I clean it automatically, or at least semi automatically (levels/curves/filters/etc...), avoiding the pointless tedious manual work in this digital age...?

Taking a screen capture out of your BIOS

The BIOS you are using seems relatively modern. Now modern BIOSES typically can take screenshots! A bit depending on details what you usually do is:

Now my second work computer has a similar HP setup screen as you and it can do screen captures this way (although I seem to remember that there was some extra trick to it). So i suggest doing it this way.

Capturing the data form your signal

It is also possible to capture the screen form the video signal itself. On a electronic level this is not really all that complicated since you don't need to capture more than one image. However, you probably don't have the hardware to do this available to you or at least not at hand when you need one.

If all else fails

Now if you really must take a picture out of a picture. And i really mean have exhausted all your other avenues because this iw actually a lot of work. Then you should:

All in all the photography route is surprisingly time consuming. Also read:

It's not all noise. There's a heavy Moire pattern due the fact that you rasterized something already rasterized. One gets the same problem if he scans a printed photo. Digital signal prosessing mathematician would say that you have got a visible difference of the sampling frequencies both in the vertical direction and in the horizontal direction.

You should note that the pattern does not exist everywhere. That's caused by the lens distortion. There's a scaling differences between the areas of your image.

A precaution for future photos:

Take several photos at the same distance but having a little different zoom settings. Use a small aperture, for example 1:11 to keep the barrel distortion low. Also have a good tripod to be able to keep the ISO as low as possible for low real noise and no camera shaking blur.

If you want to fix your already taken photos, you can use some good noise eliminating program. The following example is the output from Neat Image (the 5 years old free version). The noise sample was taken from the dense pattern in the middle of the photo. 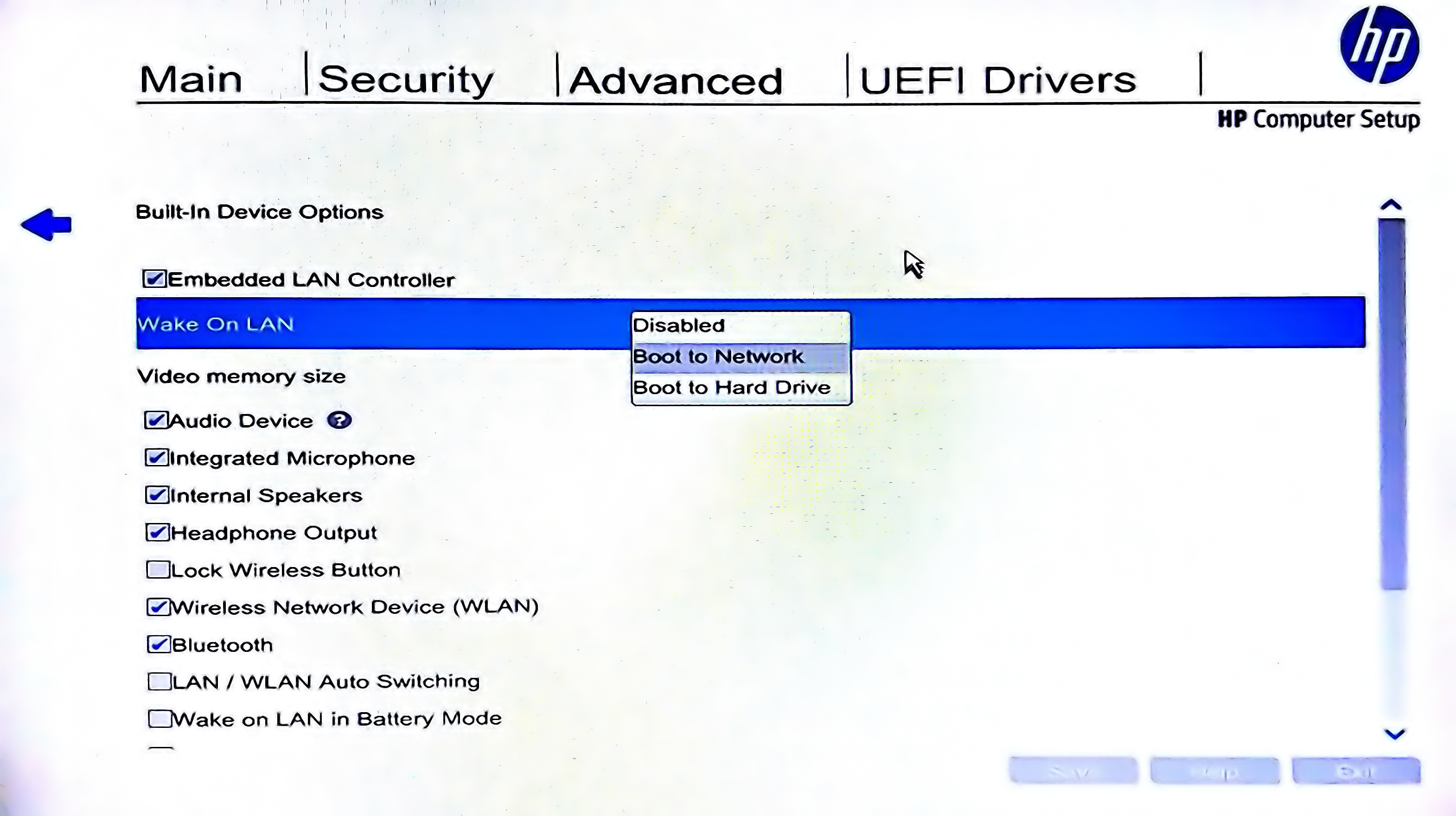 The cleaned layer got finally the level adjustment which was suggested in earlier answers. Now it works because the unwanted moire pattern remnants really are lighter than the wanted texts and shapes. See a screenshot of that final step. 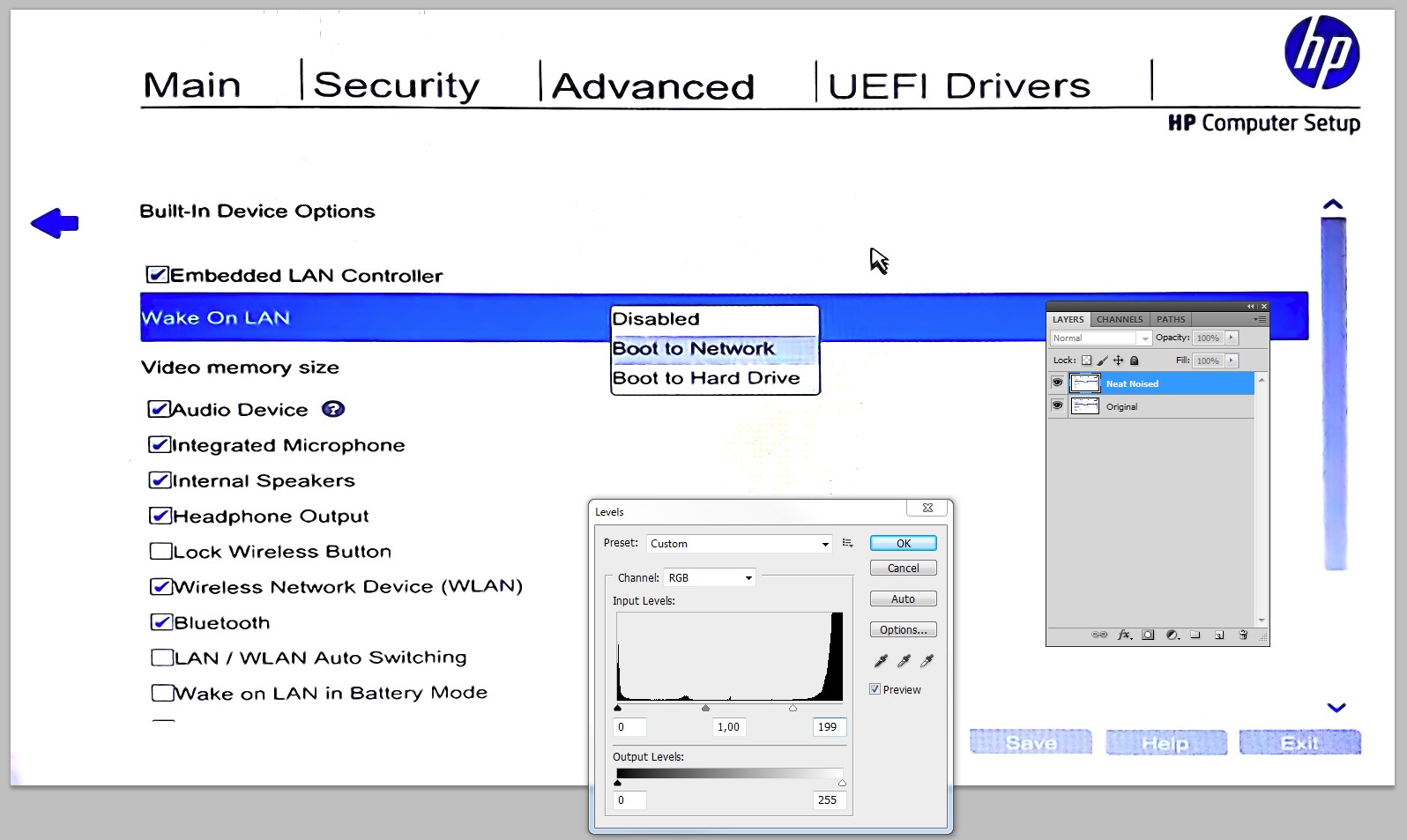 I don't believe you can do much better by thislike simple methods except by redrawing.

My (probably unpopular) solution would be to take actual screenshots, not photos.

Rebuild the image. It's just text and rudimentary shapes. 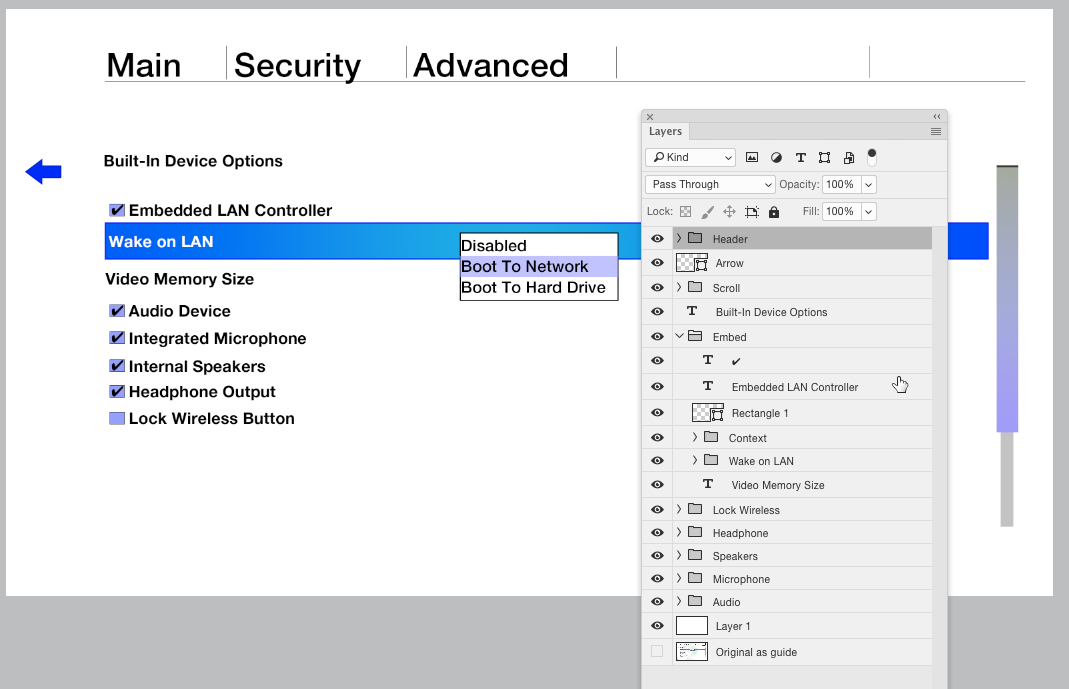 If overall quality is a concern, rebuilding the image would offer the best solution as well as ultimately being more versatile. However, I realize if there are multiple images it may be time consuming (but worth it).

Then, of course there may be other solutions I would also suspect since this is a product usage image, the manufacturer must offer a users manual contain images which could most likely be harvested.

In short, don't work with garbage if you know there are alternatives. Nothing you do to that photo itself is going to achieve optimum quality. The best you can hope for is probably "good enough."

Try Levels. Hit Ctrl+L and play with the markers circled in red. Push the second and the third markers to the left until it looks right. Depending on the result of this, you may also have to use the Eraser brush (E) to clean up the remaining noise.

Its because of moire effect, same as why you don't wear thin stripes when on TV. Move camera slightly to make blurry enough to capture everything larger than pixels.

I use Topaz DeNoise 6 filter. Does everything with no problem just by using a few sliders.

Not the answer you're looking for? Browse other questions tagged adobe-photoshop gimp photo-editing pixelation noise or ask your own question.

0
How to get a full background from a photo?
33
How to cut a large photo into a grid of smaller photos automatically in Photoshop?
0
How to cut a photo taken with white background
0
Approximate image with pixels from reference photo?
1
How do I add a semi-transparent color over an image in gimp?
0
How Do I Clean-up noisy pixels in transparent .png using gimp 2.28?
0
Photoshop: how to clean up edges from overlaid image
0
How do I remove excessive noise from an image?
2
Quick reveal faint marks from semi transparent image
1
How to remove an object from a photo in GIMP?